Iqra Aziz Thanks Co-Stars After Unfollowing Them

Iqa Aziz caused some stir as she unfollowed all her co-stars on Instagram. People thought it was because of the whole controversy that is going on with Yasir Hussain as she is also friends with the same people she is. People also pointed out that she also unfollowed Bhola aka Imran Ashraf. The starlet, however, refuted the rumours of the link between her unfollowing the stars and Yasir Hussain’s controversy while she talked to a publication.

She has now written a thank you post on her Instagram where she thanked all her co-stars from Ranjha Ranjha Kardi. Imran Ashraf also replied to her post as he wished her with Duas. Here is what Iqra posted for her Ranjha Ranjha Kardi team: 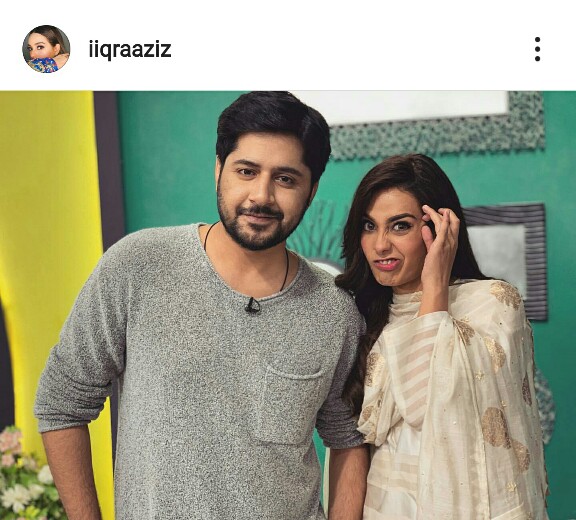 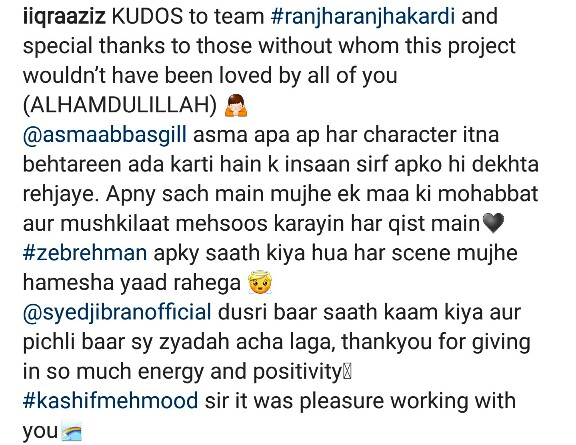 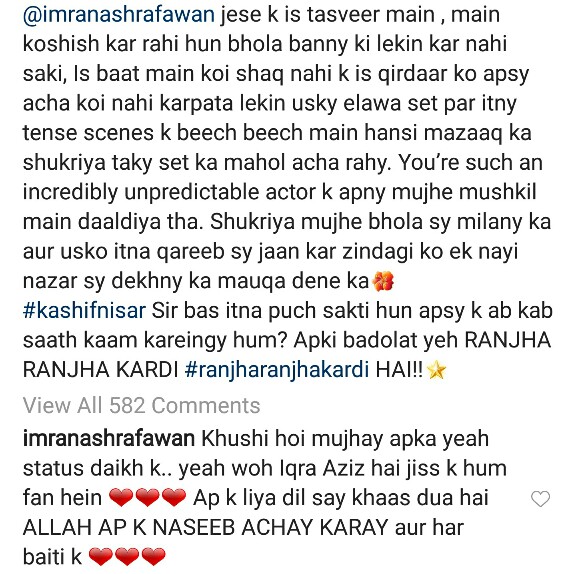 Maybe Iqra just wanted an overall social media break and it has nothing to do with Yasir’s controversy after all since she did not even talk about it anywhere!