Iqrar-ul-Hassan is a famous television presenter and news journalist famously known for his show “Sar-e-Aam”. Iqrar-ul-Hassan has been a part of Ary for years and has become a vital part of it. He stole the limelight when the news of his second marriage with anchor Farah Hassan surfaced on the internet. Iqrar-ul-Hassan afterwards accepted wholeheartedly that he is married to Farah and his family has no issue with it.

Iqrar-ul-Hassan’s first wife Qurat-ul-Ain Iqrar is also a media personality. They got married in 2008. Together they have an adorable son Pehlaaj Hassan. Pehlaaj Hassan is a celebrity kid and we often see him on Ramzan transmissions with his father Pehlaaj has also worked as a child star in the drama serial “Alif” and got praised for his mature acting. He has also hosted a web show.

Here we have a few pictures of Iqrar-ul-Hassan and Pehlaaj Hassan from the set of Ramzan transmission Shan-e-Ramzan. Let’s have a look at the pictures: 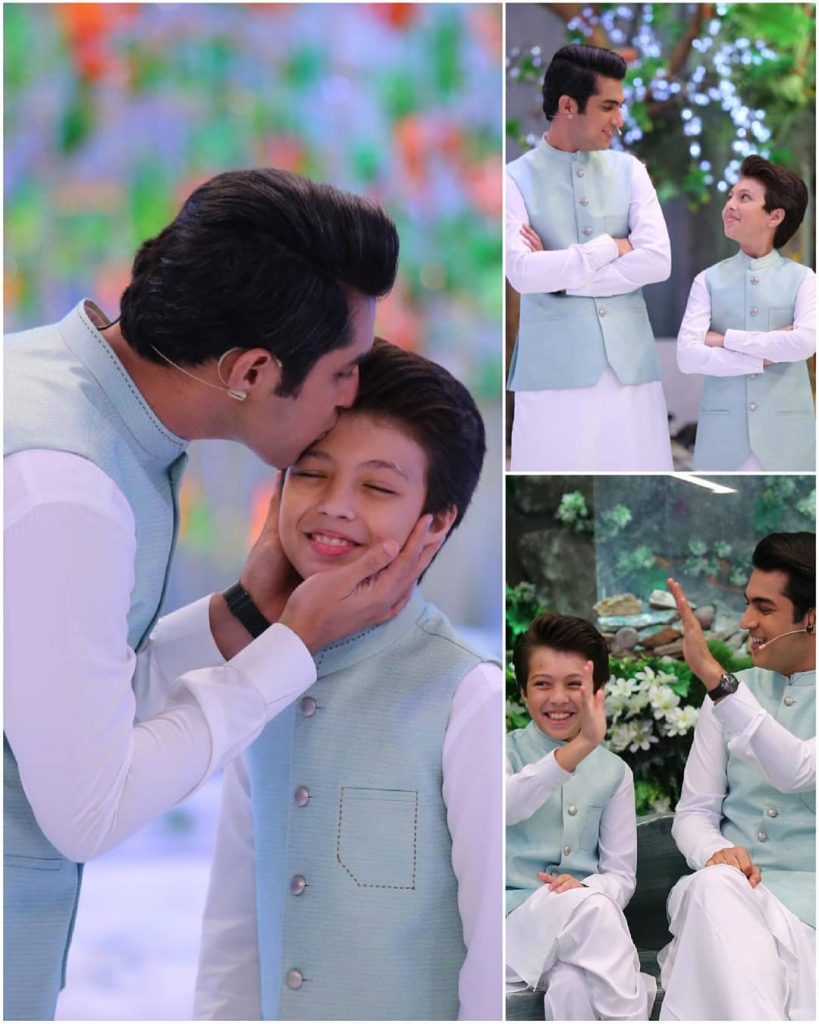 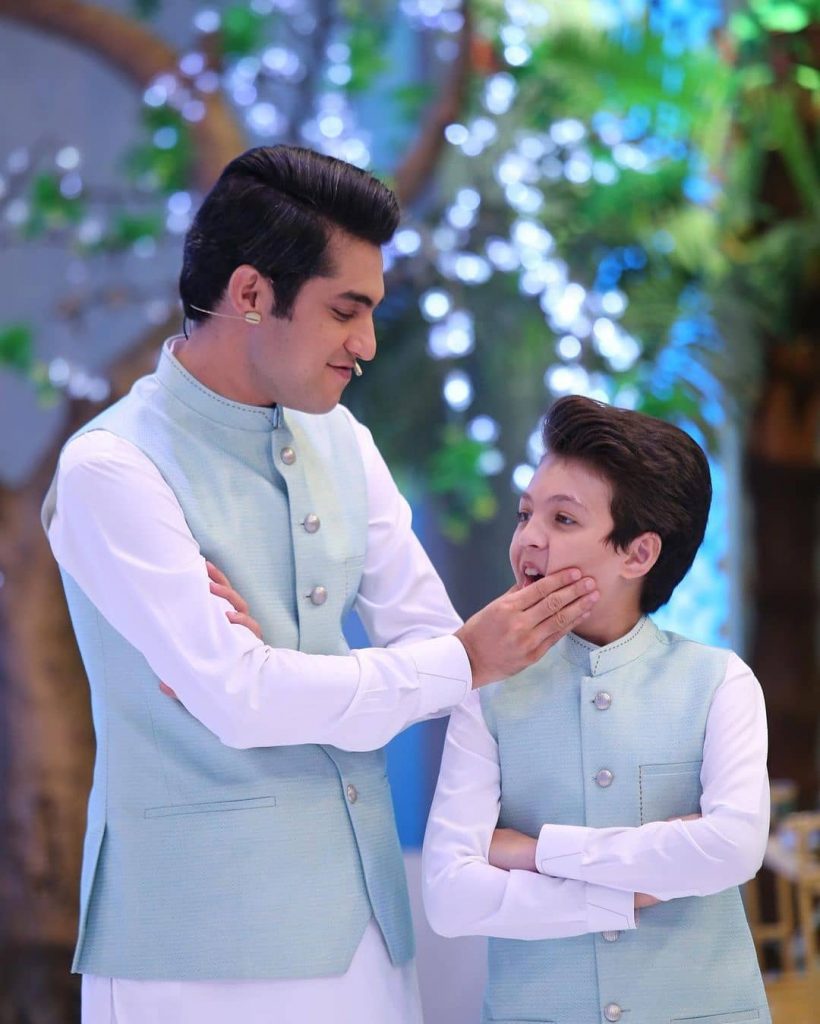 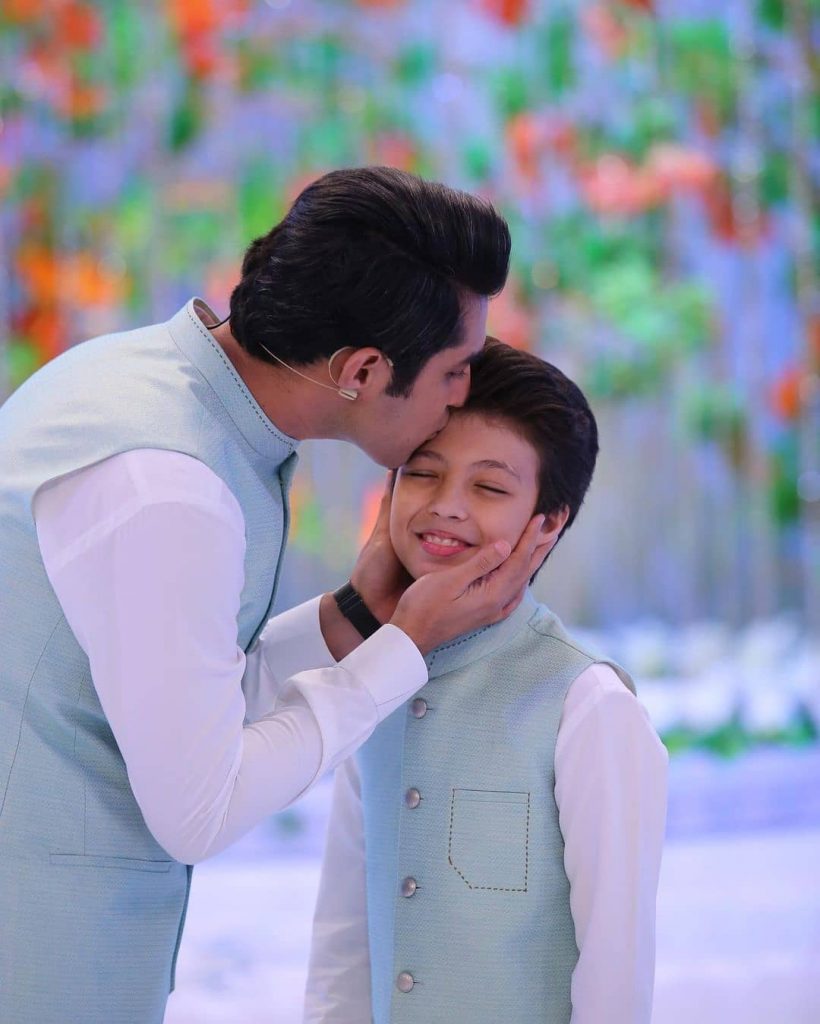 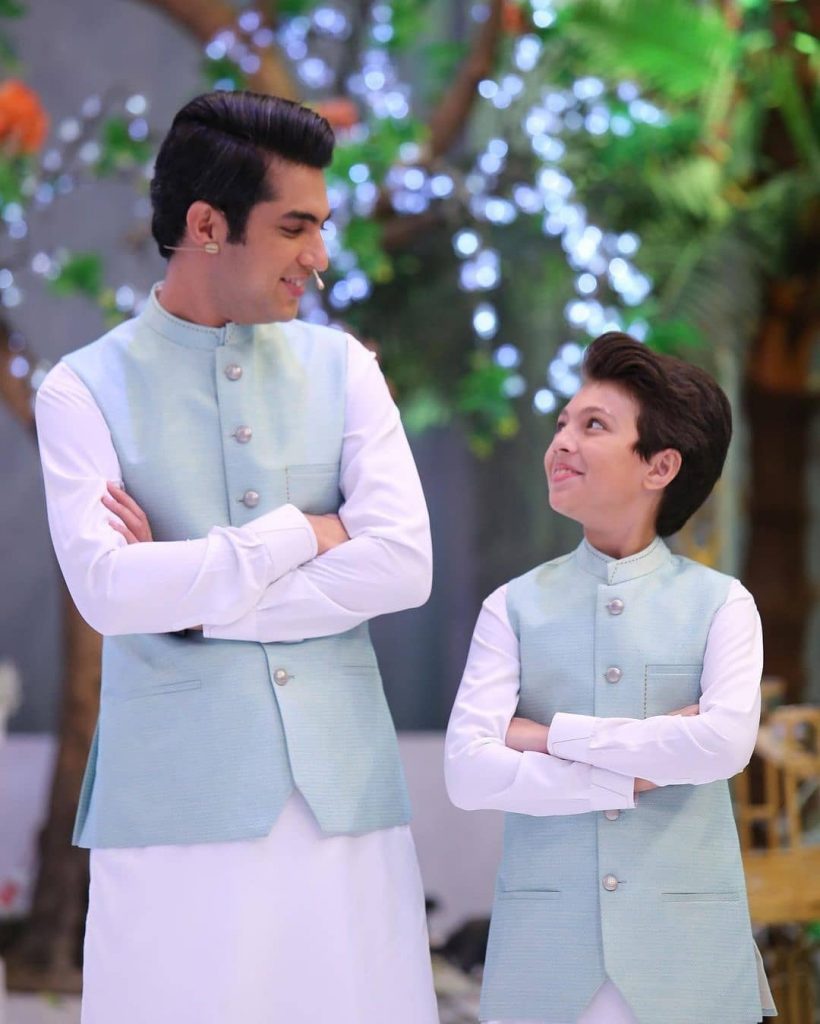 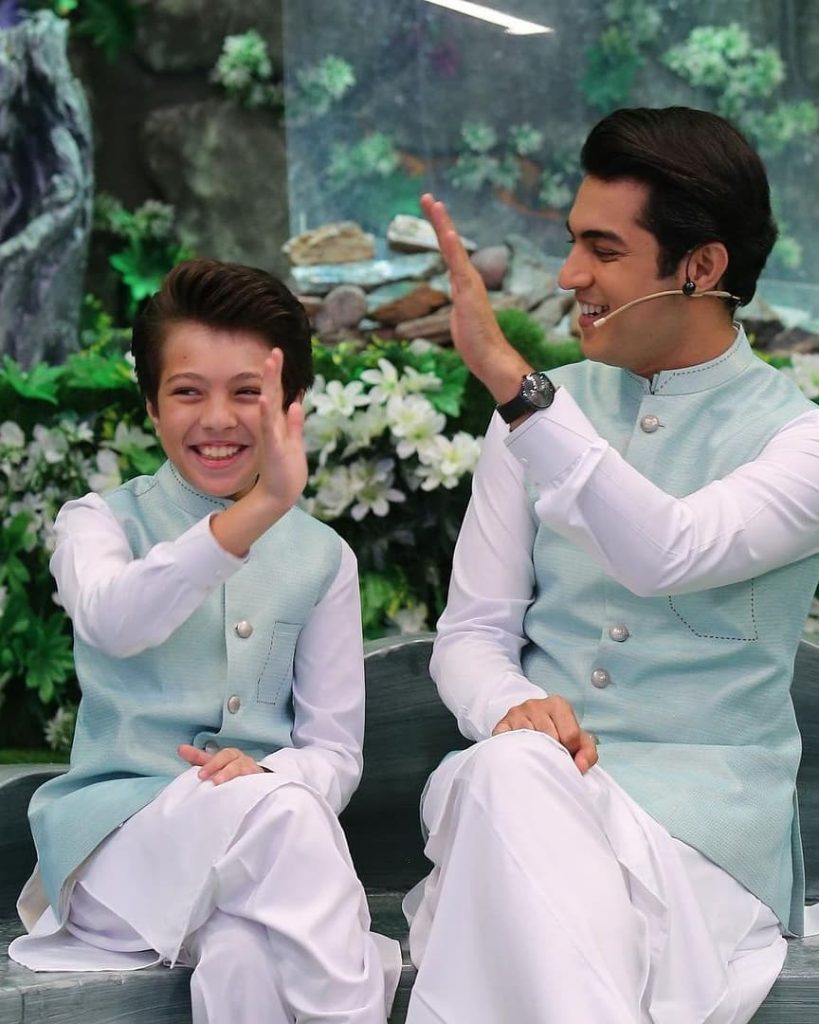 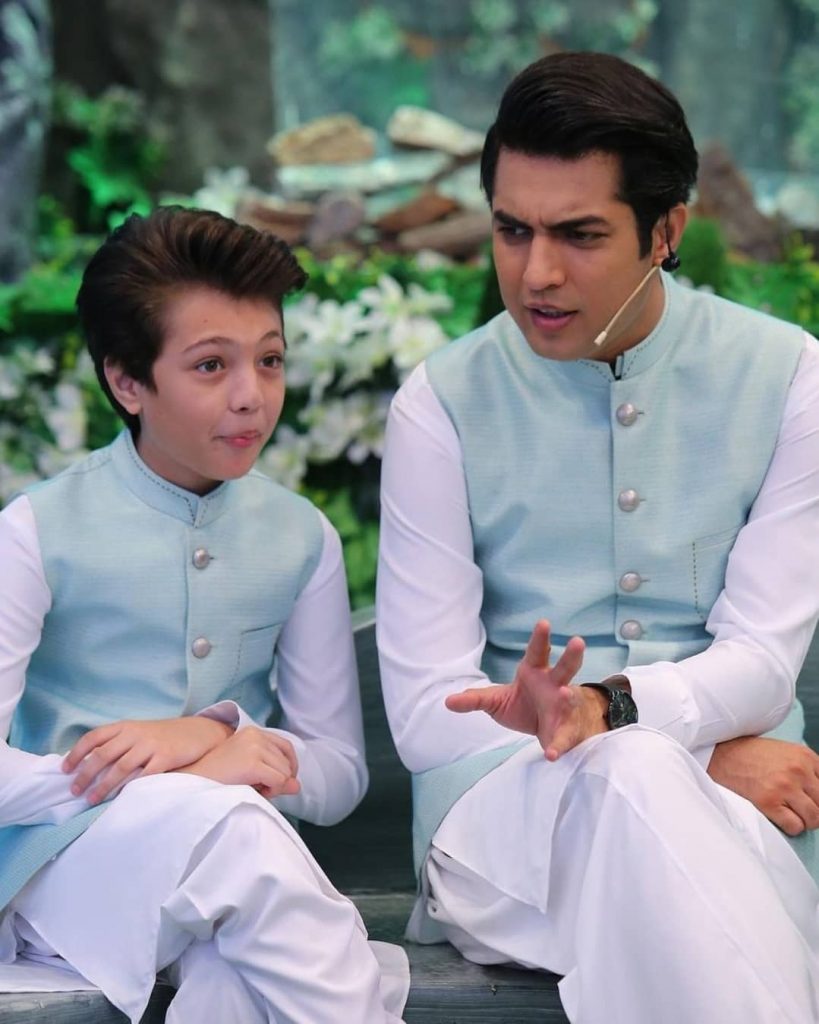 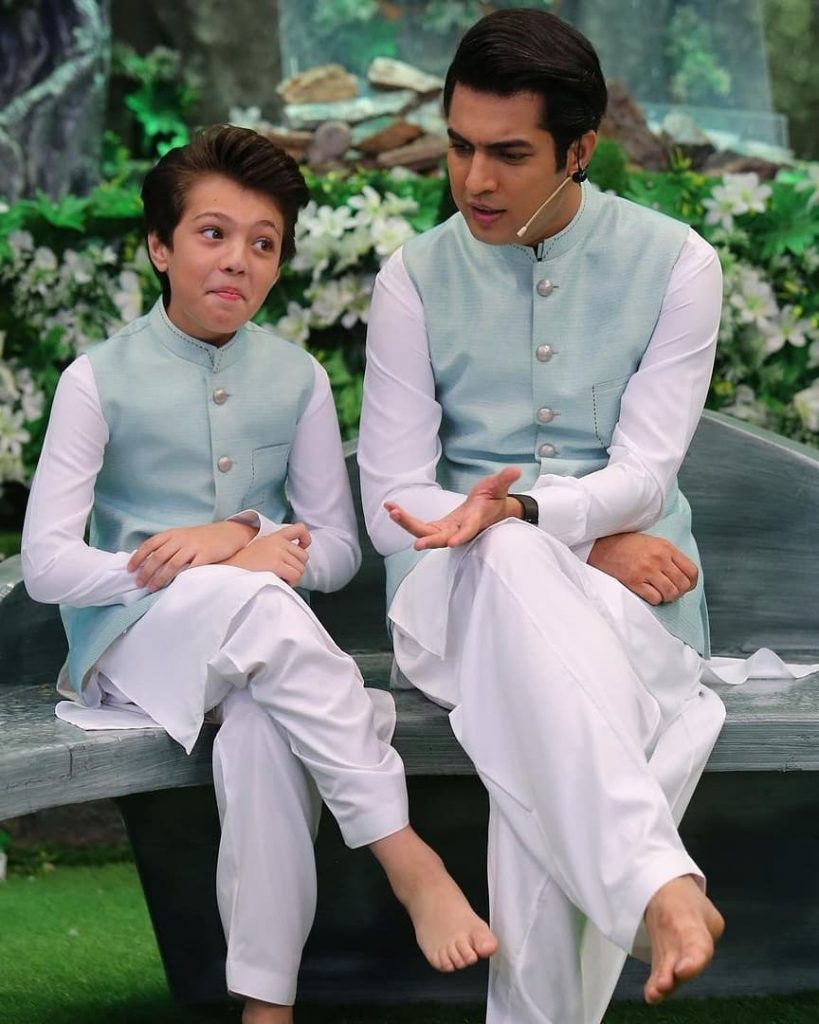