Iqrar ul Hassan is a part of ARY’s Ramadan transmission for quite some years now and now his son Pehlaaj is also getting very active in the media. Pehlaaj is all set to make his acting debut in the most anticipated drama Alf where he will be playing the character of young Hamza Ali Abbasi. Iqrar ul Hassan’s first wife Qurutulain Iqraa, as well as his son Pehlaaj, appeared on the show.

We have seen them together on many live shows before too. The father-son duo was twinning with their outfits while Qurutulain Iqrar opted for a pastel pink ensemble for the show. Here are some pictures of the family on the sets of the show: 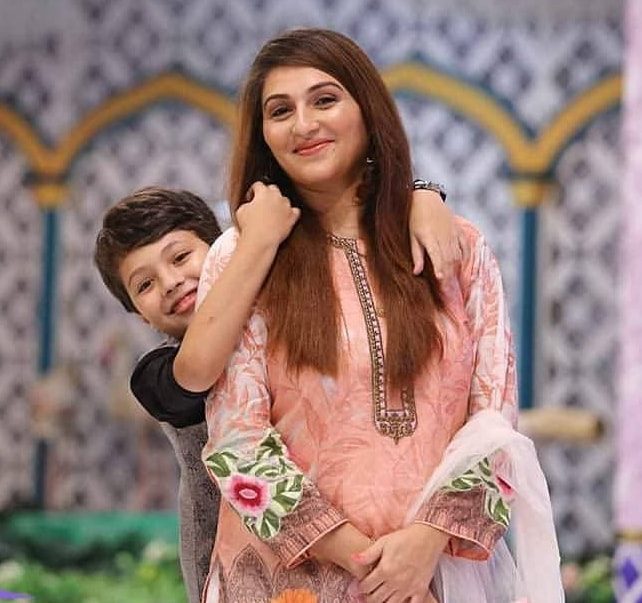 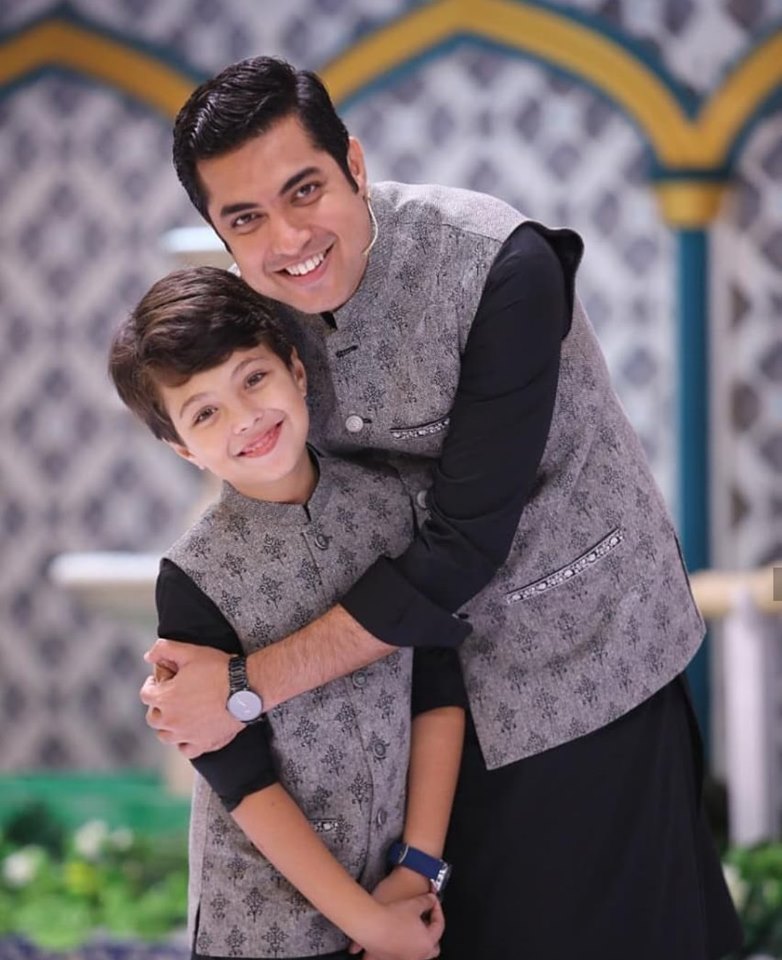 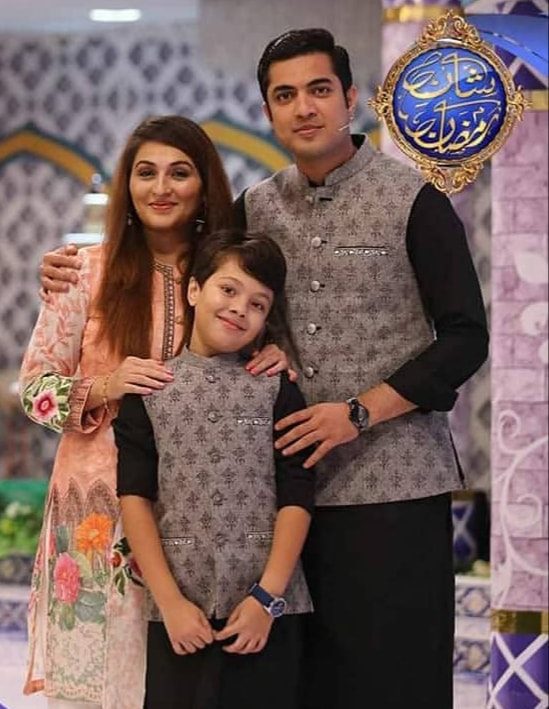 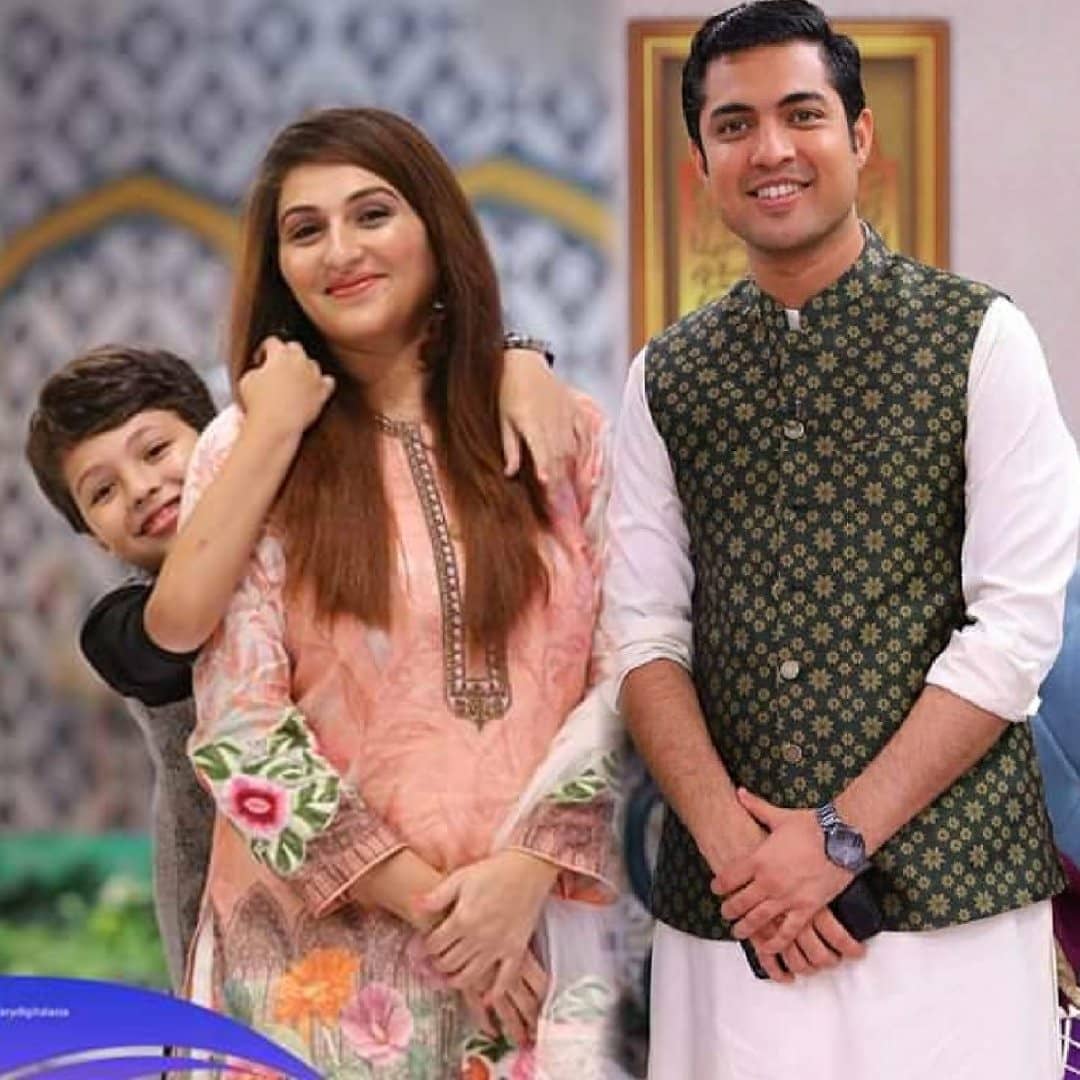 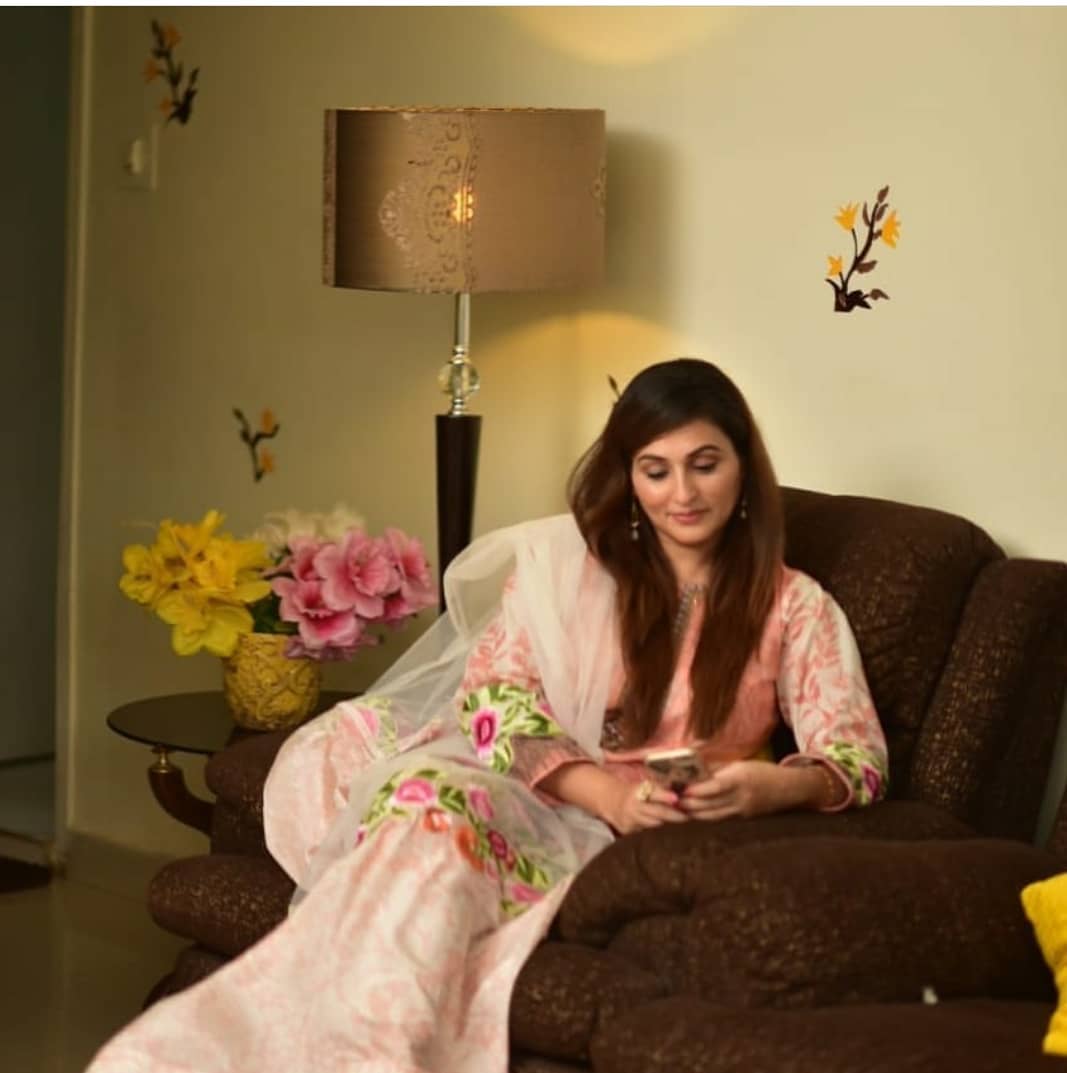 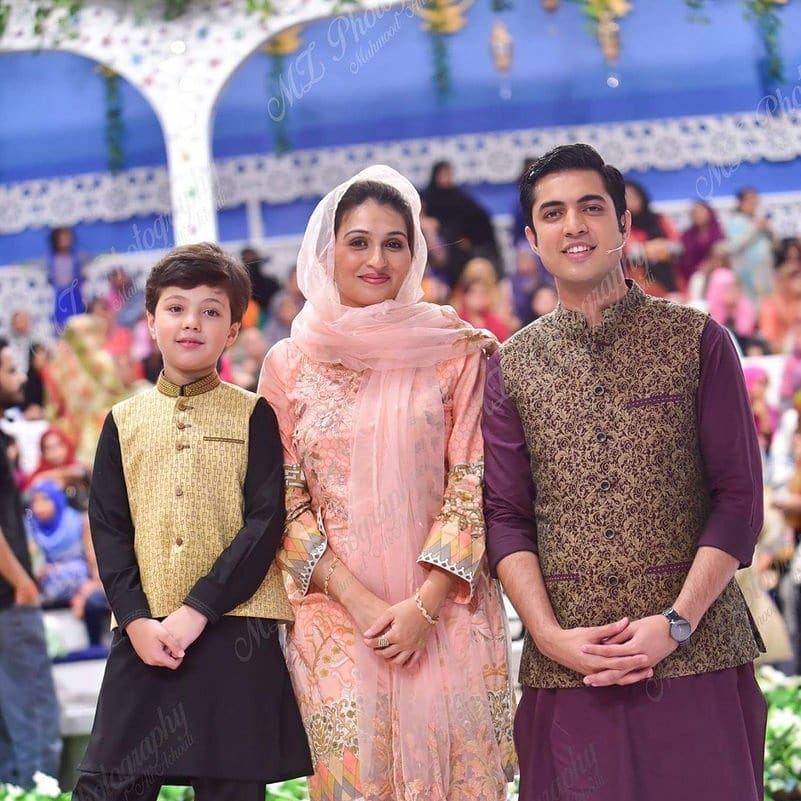 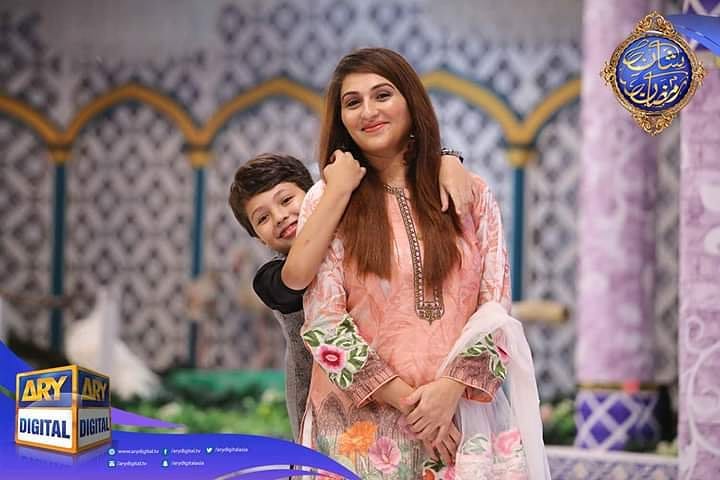 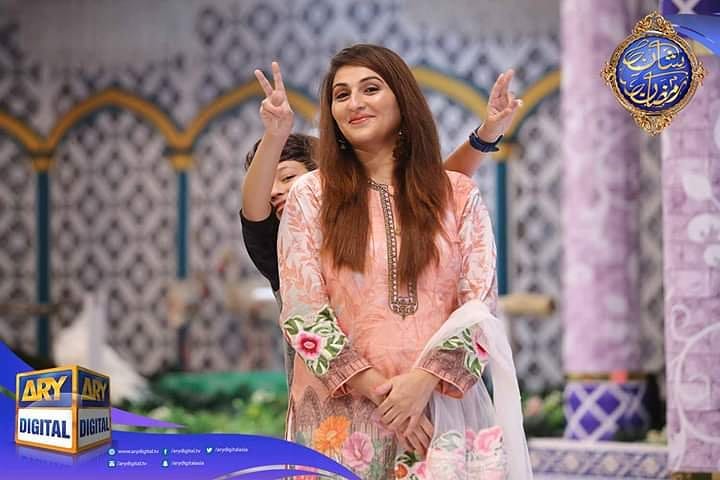 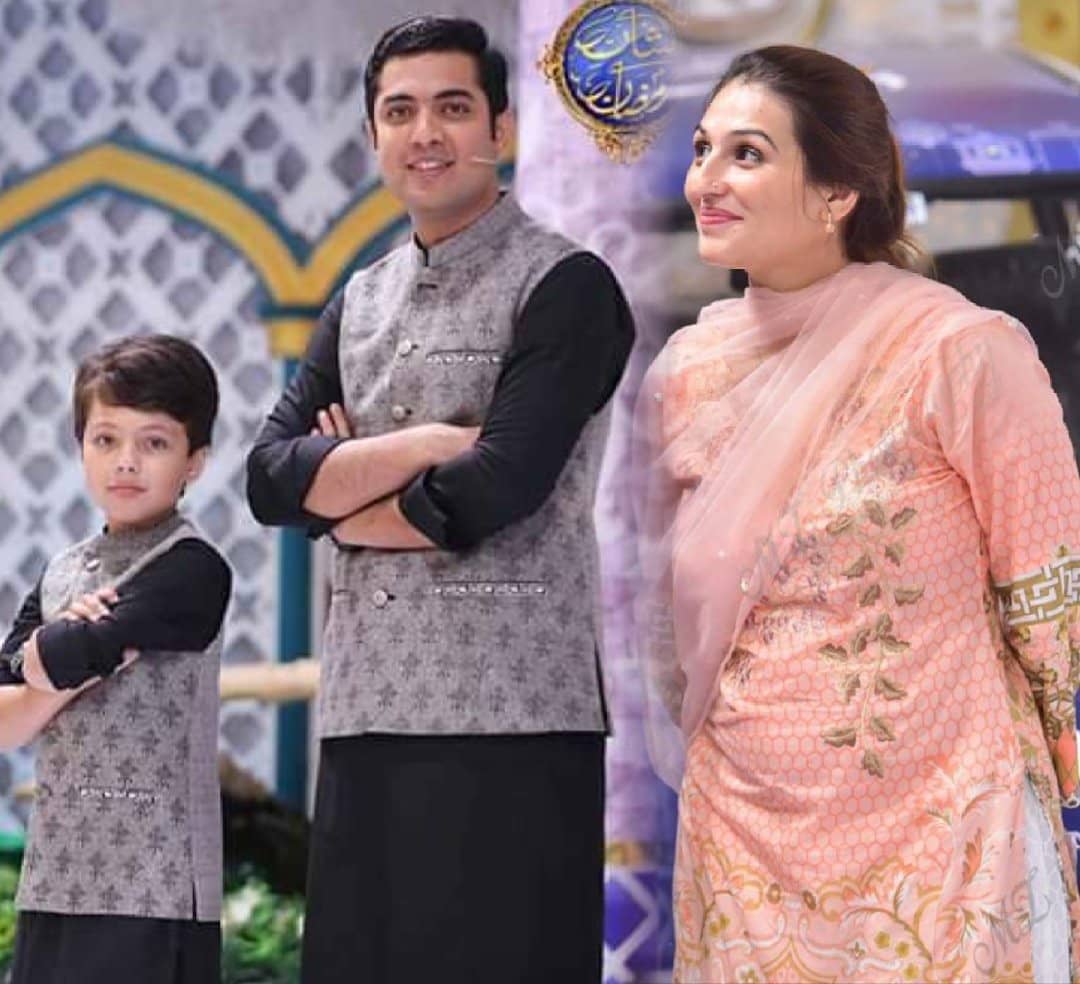 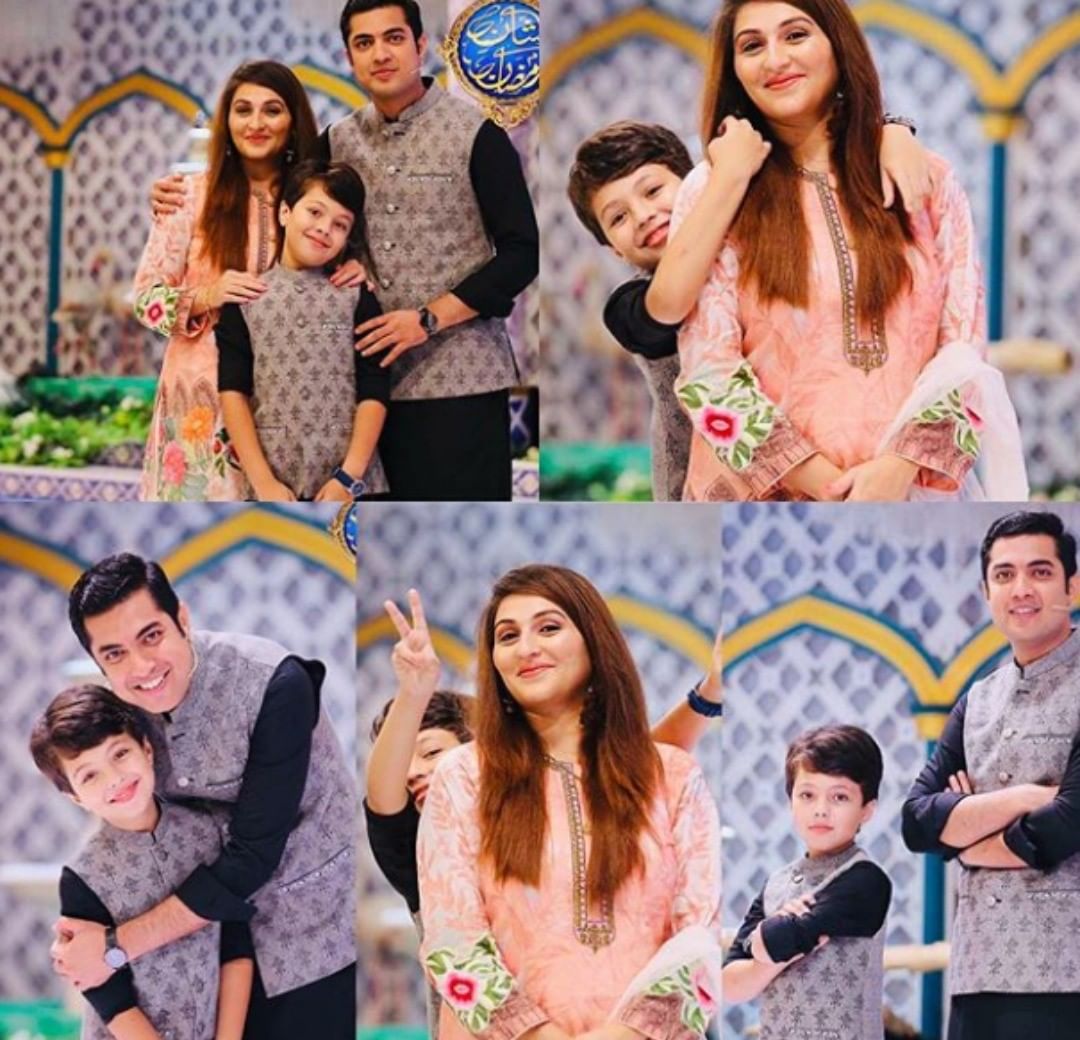 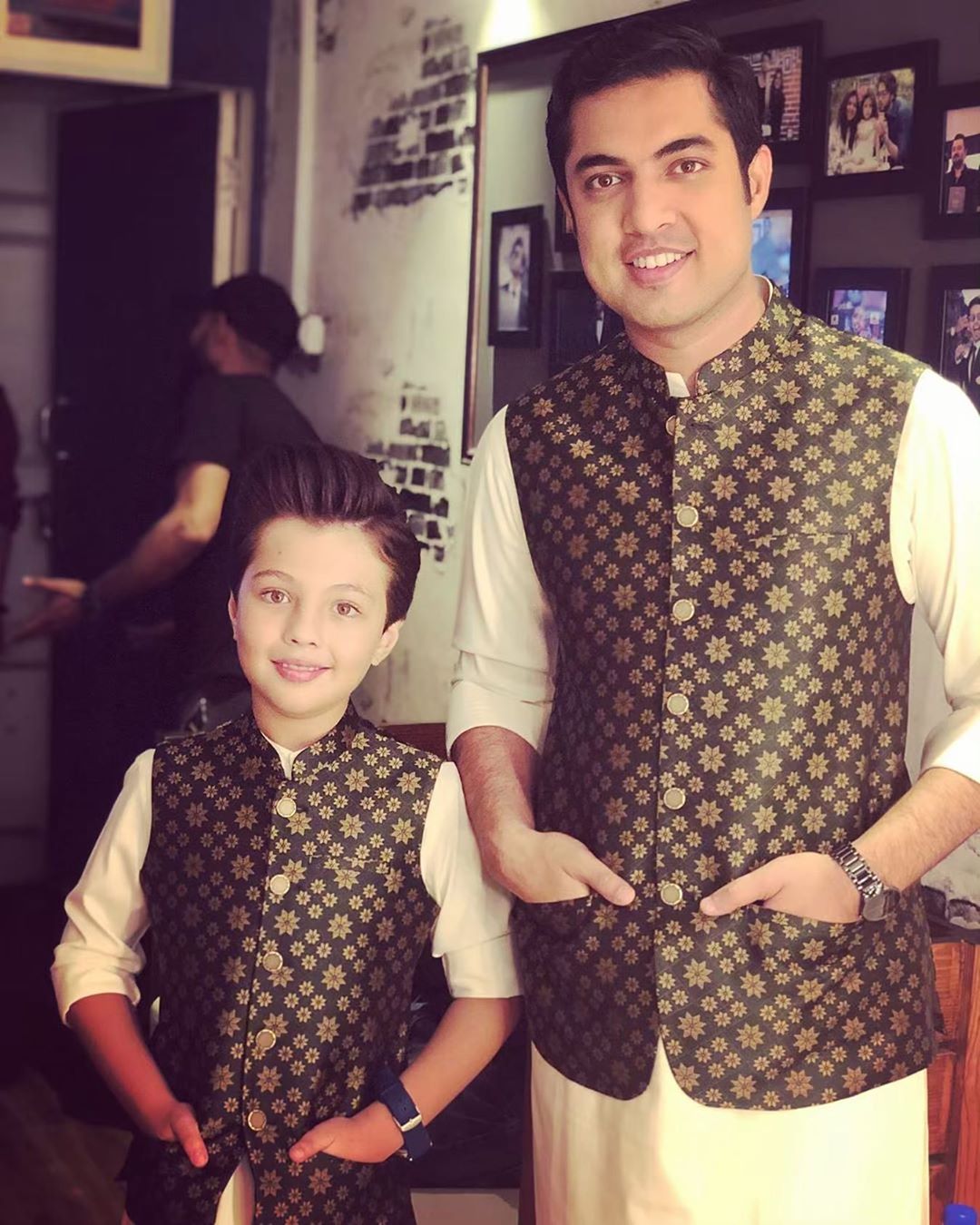 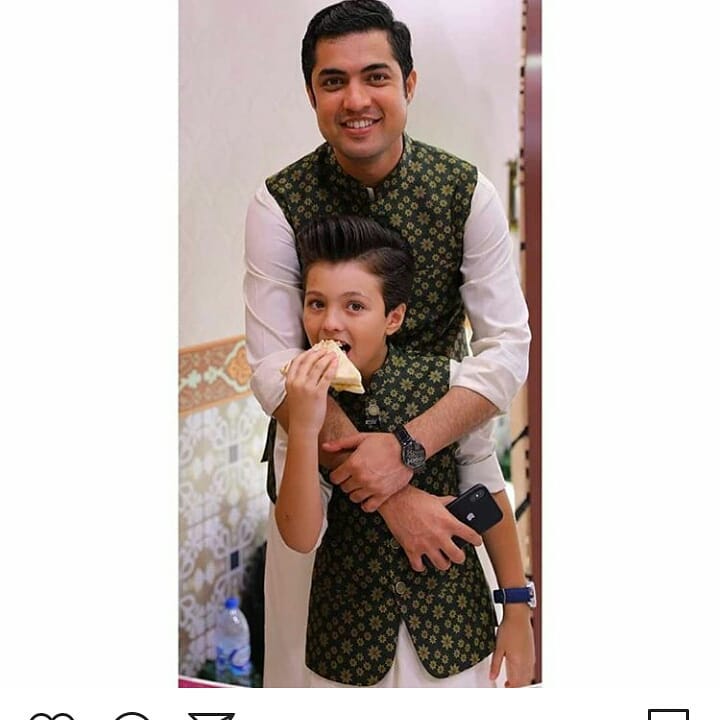 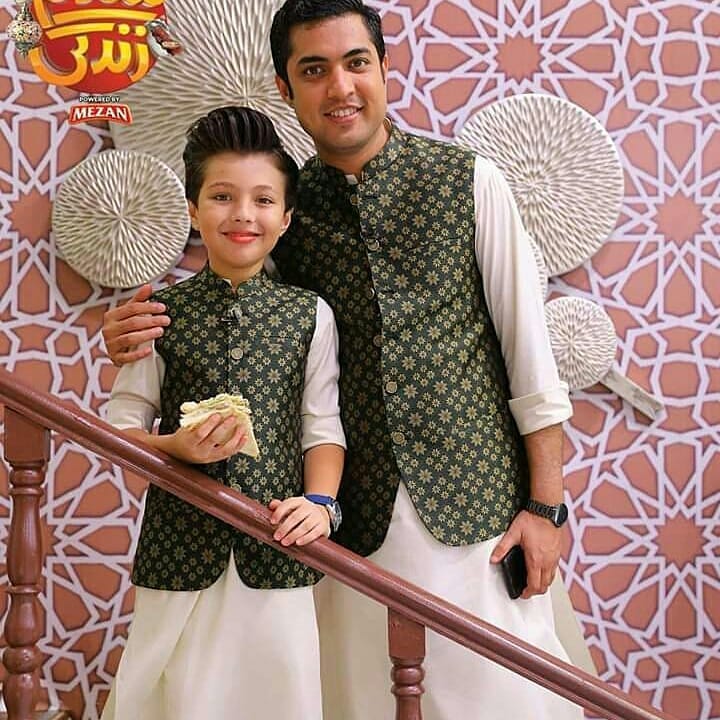 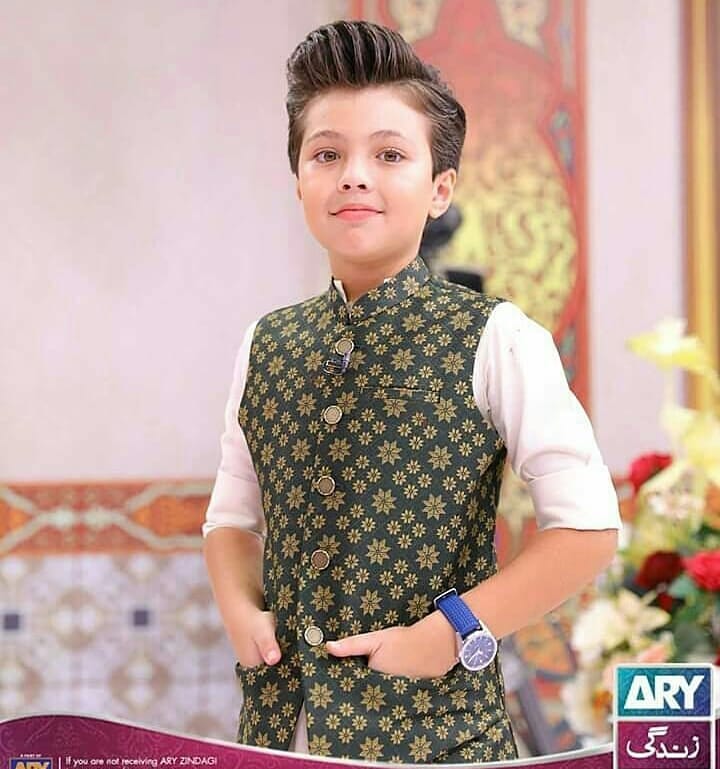 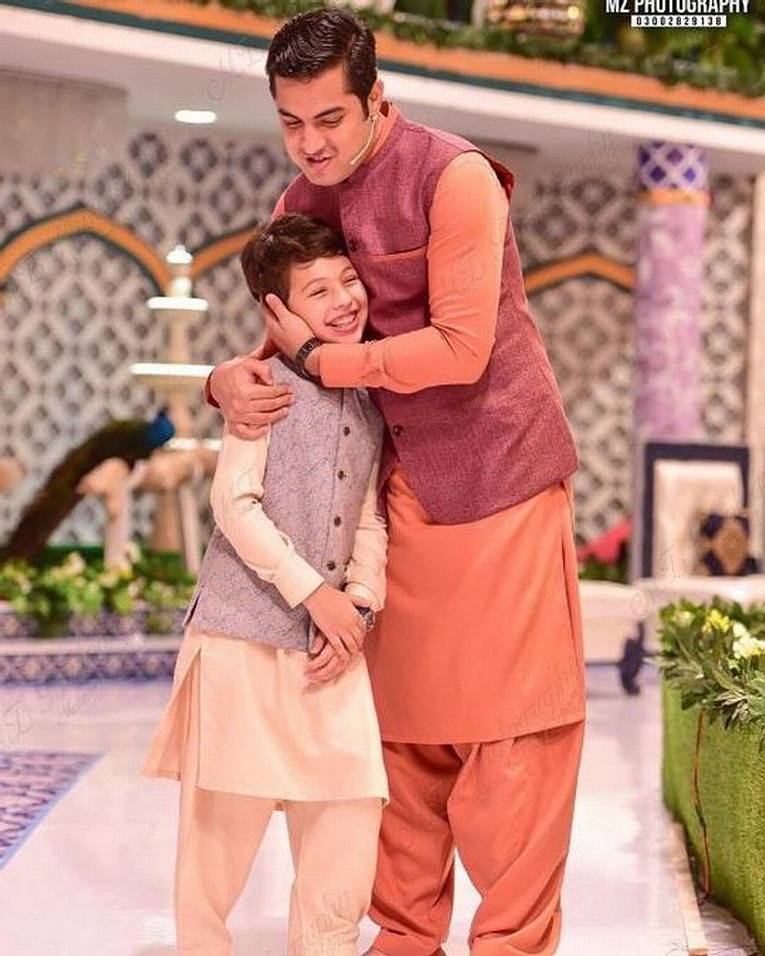 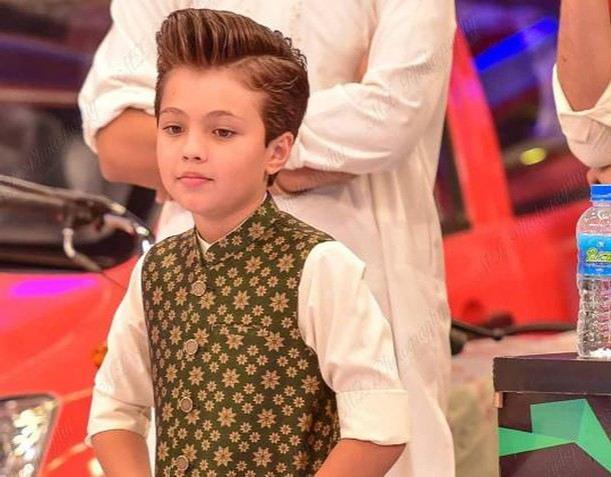 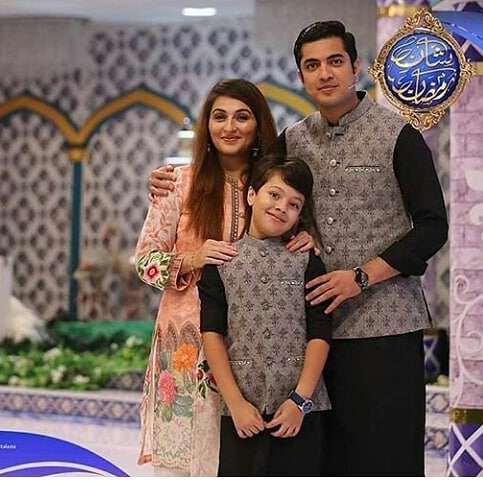