Is There Something Cooking Between Mohsin Abbas Haider And Nazish Jahangir 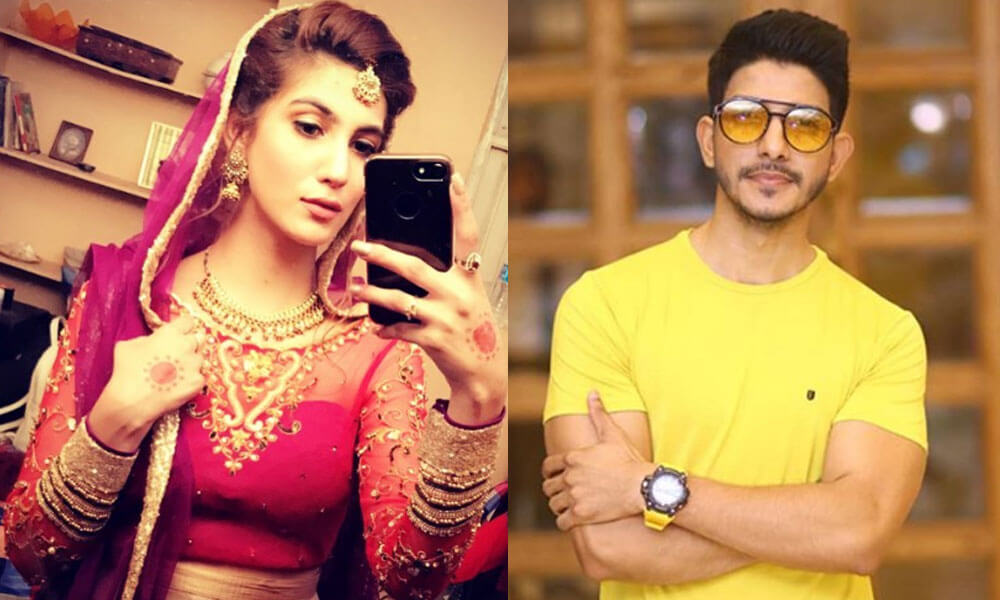 The wife of actor Mohsin Abbas Haider, Fatima Sohail came forward to accuse her husband on cheating with Nazish Jahangir. She further talked about how Mohsin Abbas Haider misbehaved with her. She posted her complete story in a Facebook post.

Model Nazish Jahangir denied all allegations of her affair with Mohsin. She wrote on her Instagram:

“Whatever’s true will come out as it is, eventually. Fatima has used a line on me without any evidence that I was sleeping with her husband and all of you accused me of being a homewrecker. Use your senses, if she had any evidence, she would have posted that too like she did of her husband abusing her. Fatima Sohail was on call with me before her delivery and I congratulated her as well. At that time, Mohsin was doing some shoot in Karachi while I was in Islamabad. But, anyway, if she is a victim of domestic abuse, then I have sympathy for her but I would like to announce that I am not the reason behind their marital issues.”

But internet is divided on this issue. Recently, a fan page of Mohsin Abbas Haider posted a picture of Nazish and Mohsin in a collage and the caption reads, “Best couple soon” 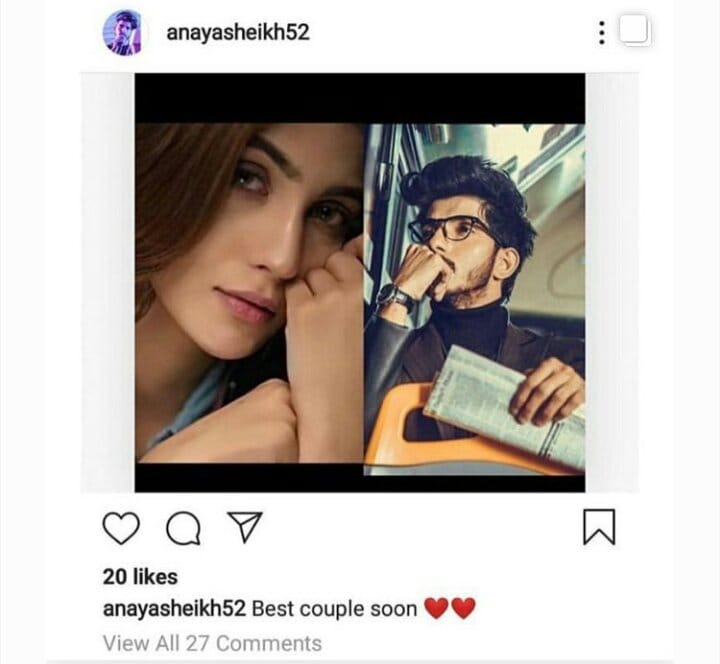 Under this picture, Nazish Jahangir has commented “Soon InshAllah” 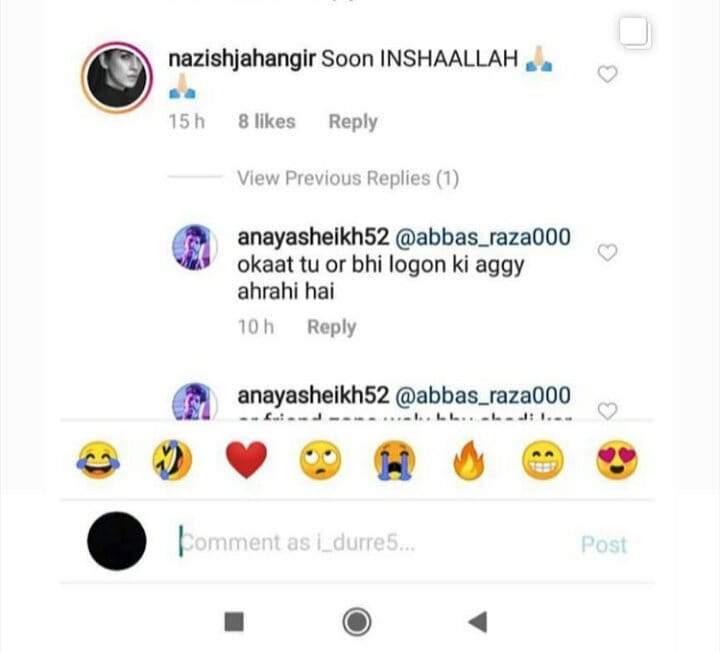 We believe something is cooking between Mohsin and Jahangir. They might come as couple on-screen or in real life. But wait, the story doesnt end here. This comment of Nazish is later on liked by Mohsin Abbas Haider and they might become a couple soon or maybe something else. 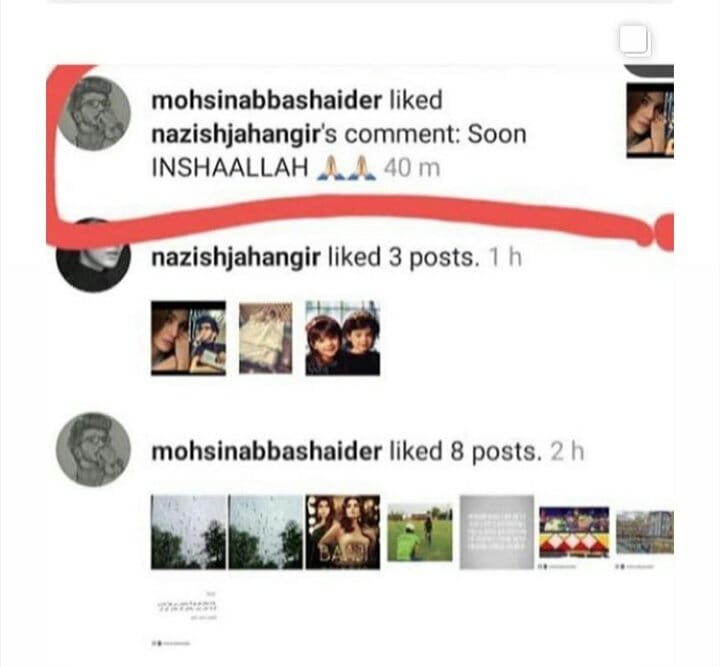 The allegations put on Nazish were maybe true and if they emerge as couple in future, it’ll prove Fatima Sohail completely right.

Do let us know what you think about this in the comments section.