Lahore Say Aagay (the spin off of Karachi Say Lahore)’s shooting successfully came to a close and it will be released across Pakistani cinemas in November 2016.

In an interview with Dawn Images, Yasir Hussain shared a bit about his experience and spoke highly of his co-star, Saba Qamar . “It was a great experience working with Saba Qamar because she is such a thorough professional. There’s so much I learned from her. She’s undoubtedly a brilliant actress but she is miles ahead of everyone else in professionalism.” 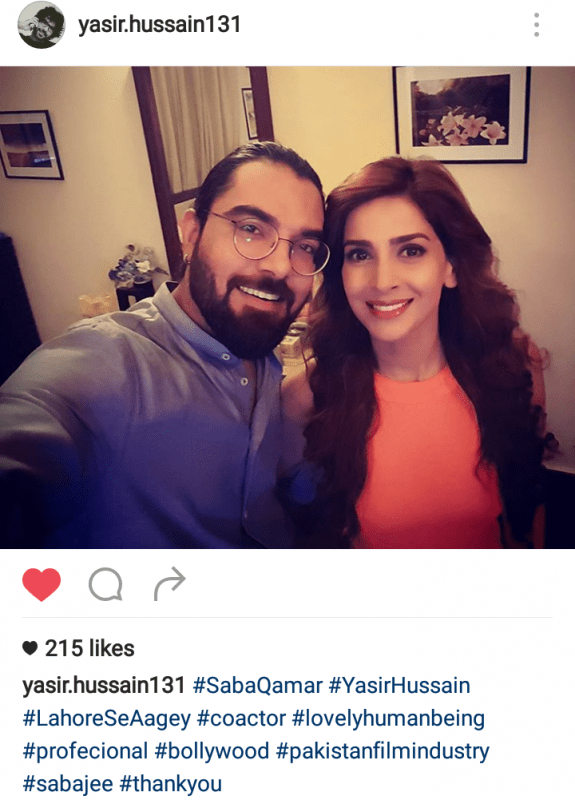 “I’d get tired on a outdoors shoot (which was 80% of the time) or while travelling between Lahore and Swat and Lahore and Islamabad. It was quite grueling and hectic. We were injured many times, sometime we fell and suffered cuts. But that woman didn’t budge.”

The talented actor shared his future plans. “Next year, I’m doing another film Senti Aur Mental with Yasra Rizvi and another in India that I can’t talk about right now. The shooting will be in Mumbai and I’ll be flying there next week.”

Here are a few pictures from the wrap-up party: 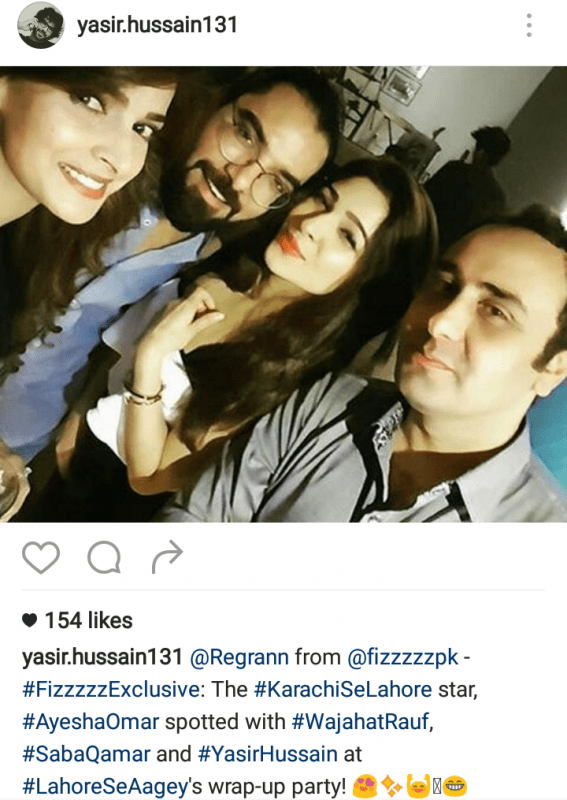 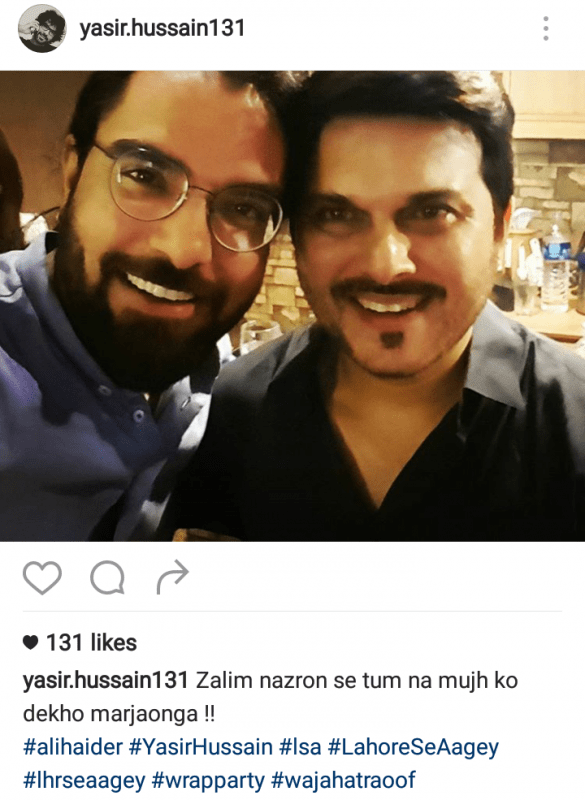 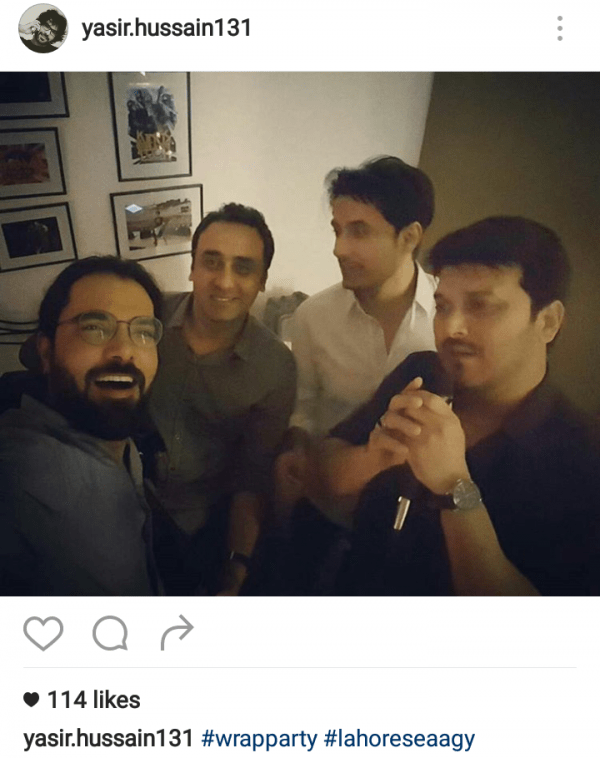