Sarah Khan and Falak Shabbir are popular celebrities of Pakistan. Falak is a globally acclaimed singer and Sarah is a phenomenal and versatile actress in Pakistan’s drama industry. The actress has recently appeared in Hum TV drama serial Sabaat in a negative character named Miraal, her famous dramas are “Bela poor ki Daain”, “Nazr-e-bad”. She is currently appearing in the on-air drama ”Raqs-e-bismil”. Sarah and Falak tied the knot last year after easing in corona lockdown and the couple is now expecting their first child.

Sarah Khan has shared beautiful pictures from Eid-ul-Adha day 2, she was wearing a maternity ensemble by fashion designer Nilofer Shahid. 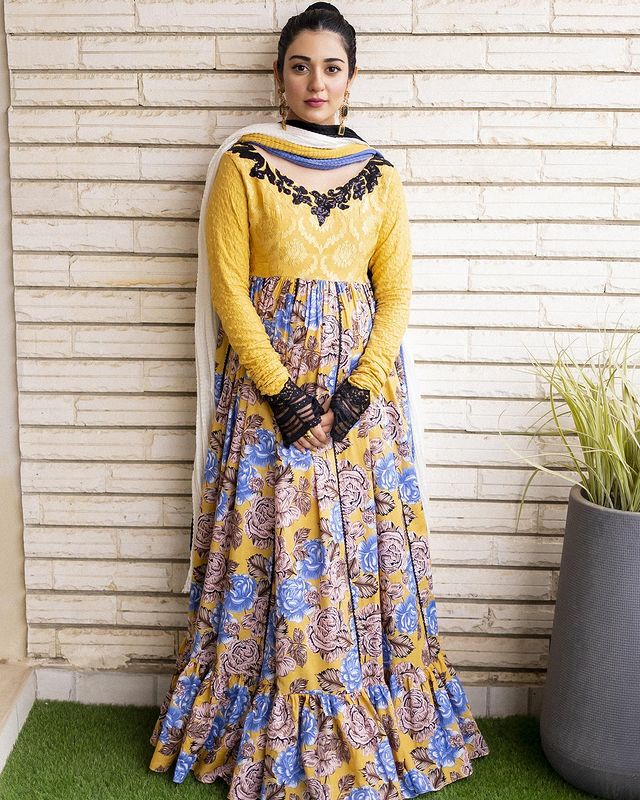 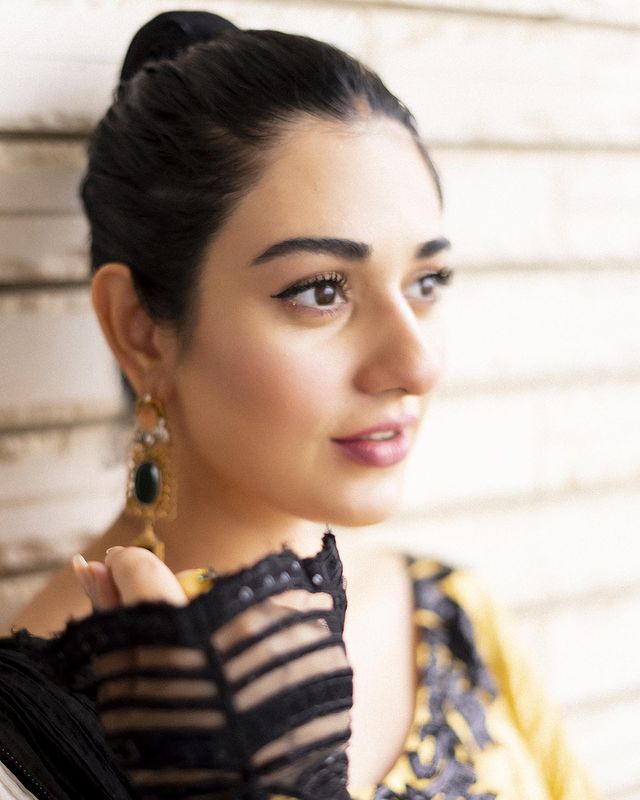 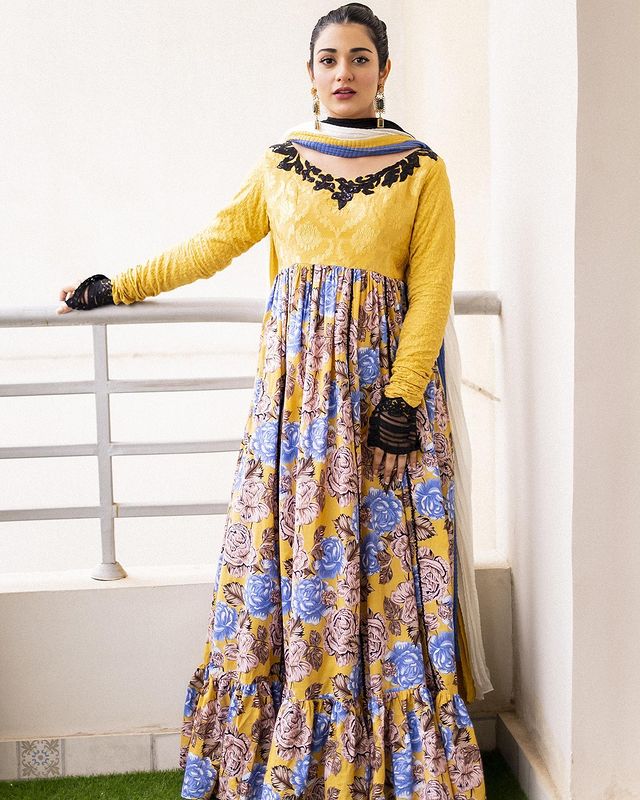 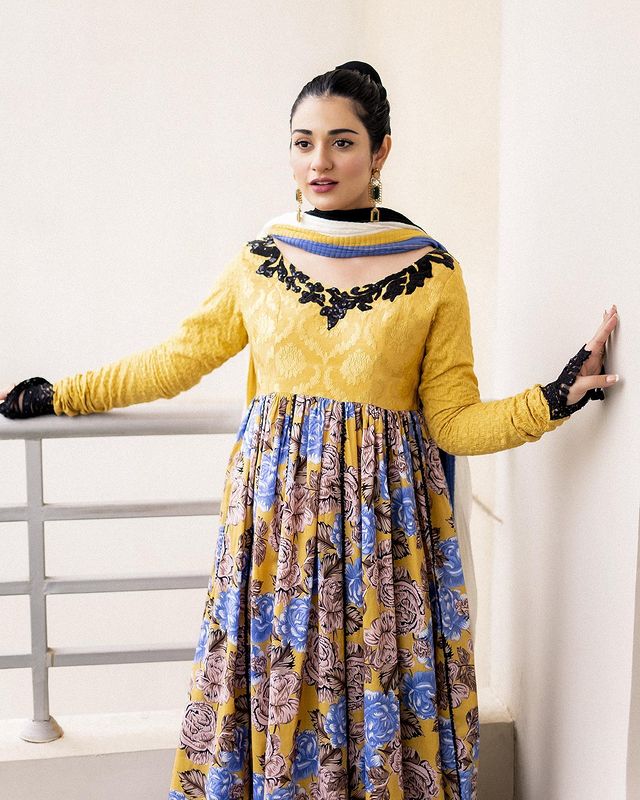 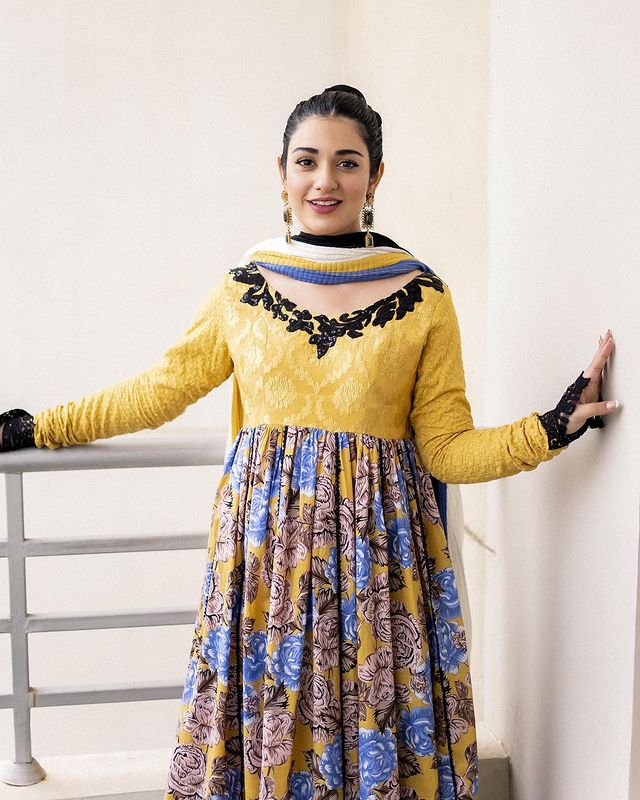 Sarah’s pictures were shared on different social media forums and her outfit choice was criticized by netizens. Some of the users commented saying it was a dress made from a bedsheet’s fabric. Let’s have a look at few critical comments below. 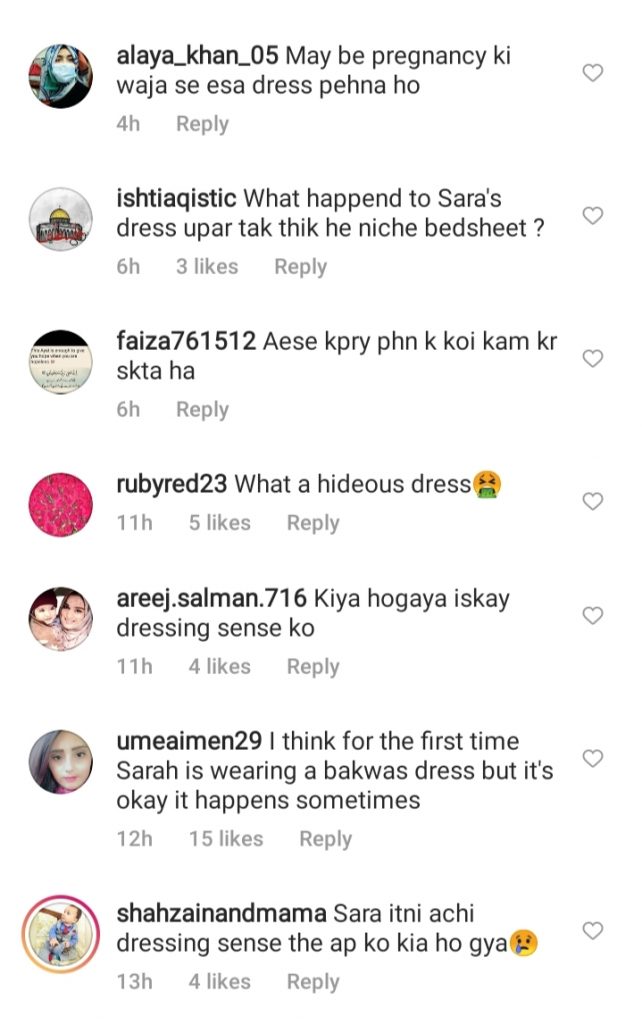 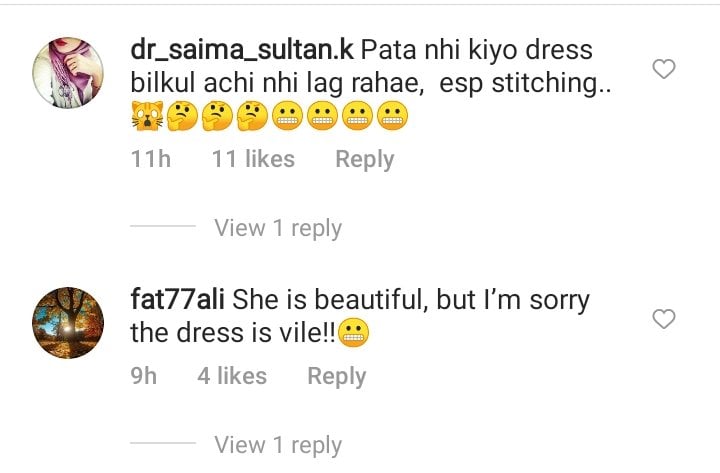 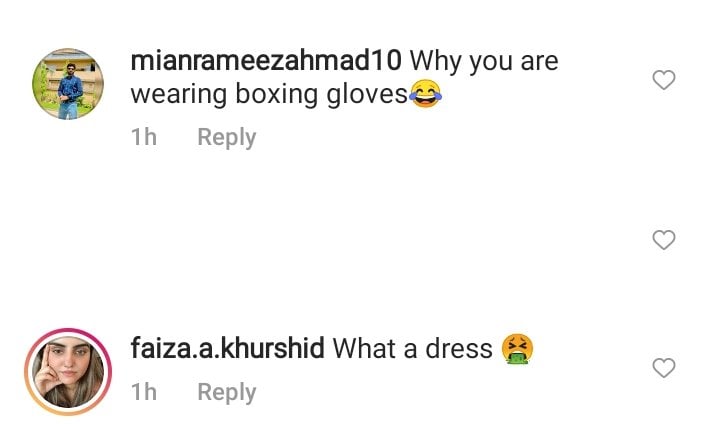