Kubra Khan is a British-Pakistani actress, who got a lot of fame in a very short time span. Kubra Khan made her acting debut with a comedy-thriller movie Na Maloom Afraad in 2014. Kubra Khan has worked in acclaimed dramas like Sang-e-Mar Mar, Alif Allah Or Insaan, Muqabil, Shadi Mubarak Ho, Andaaz-e-Sitam and Laal. Kubra Khan was last seen in drama serial Alif as Husan-e-Jahan and she got a lot of appreciation for conducting that role perfectly.

We all know that how talented Kubra Khan is. She is a phenomenal actress, beside having a British back ground she performs so well in Urdu dramas and speaks fluently. Here is another talent of Kubra khan we are sure no one is aware of. She can also mimic people.

Kubra Khan has a very amibale nature and she shares a friendly bond with all the young generation actors and actresses. She is also a comrade of our favorite Sajal And Ahad.

Kubra in one of her interviews imitated Sajal Aly, she acted innocent referring to Sajal’s character in Yaqeen Ka Safar. 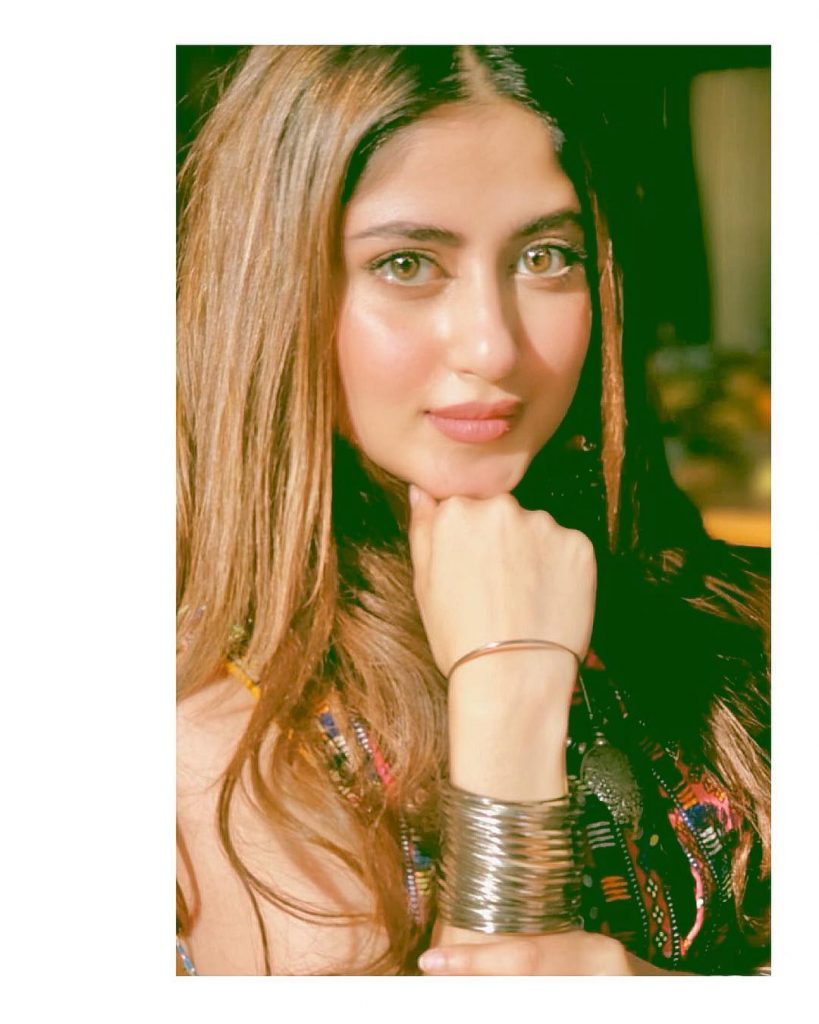 Here we have a video clip of Kubra khan in which she is imitating Sajal Aly and Ahad Raza Mir.