Iqrar ul Hassan’s son Pehlaaj Hassan is all set to make his debut with the most anticipated drama Alif. He will play the younger Qalb e Momin, the young character of Hamza Ali Abbasi. He has been shooting for the drama and the actress who will play his mother Husn e Jahan in the drama is none other than Kubra Khan. The actress posted a cute picture with co-star Pehlaaaj Hasan.

She looked like she was in her form as Husn e Jahan with her hair styled in a vintage way while Pehlaaj looked cute as usual as they both posed for the picture while cutting a cake. Check out the cute pictures: 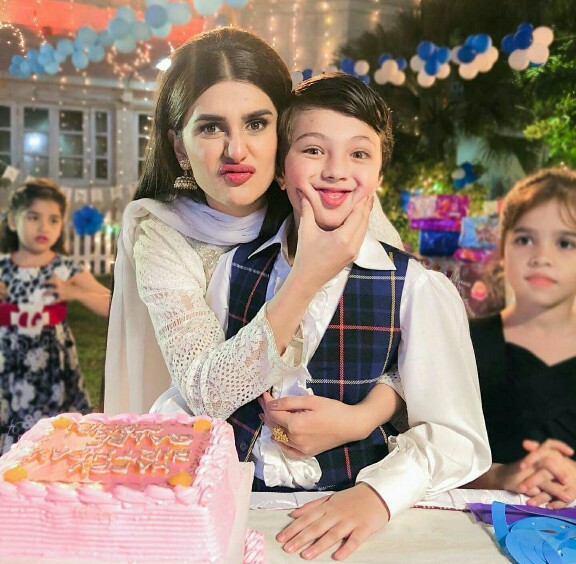 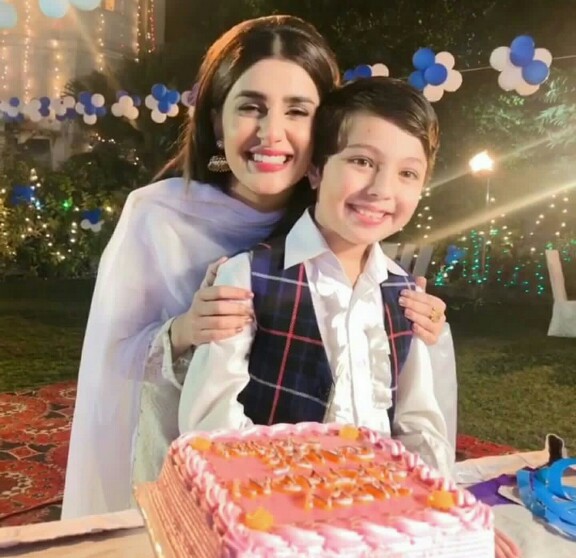 Alif is sure going to make heads turn and the duo of Husn e Jahan and Qalb e Momin will be loved as is evident from the pictures!