Ushna Shah is a Pakistani actress and model. She was recognized by the audience for her character in ’Bashir Momin’ in 2014. Beautiful Ushna Shah has been a part of many hit drama serials from the start of her career. She is a versatile actor! Her role as a beggar in the most-watched drama ’Alif Allah Aur Insaan’ was loved and appreciated by the audience. Later, her role in drama ’Balaa’ was outstanding. She gained a massive fan following because of her strong performance.

Ushna Shah is a model too. She appeared in several TV commercials. She even did modeling for famous brands and she is a brand ambassador for the fashion label ’Nickie Nina’. Ushna walks on the ramp for the famous designer as a showstopper.

Recently, Ushna shared her bridal photoshoot on her Instagram. Souchaj featured Ushna Shah for her latest bridal collection. She looks pretty in pastel color heavy dresses with light makeup by famous Nabila and elegant jewelry. The detailing on each dress was so perfectly done and the way Ushna carried the dress and poses for the camera was incredible.

Have a look at the latest collection of Souchaj featuring Ushna Shah. Tell us what you guys think about the dresses and Ushna Shah. 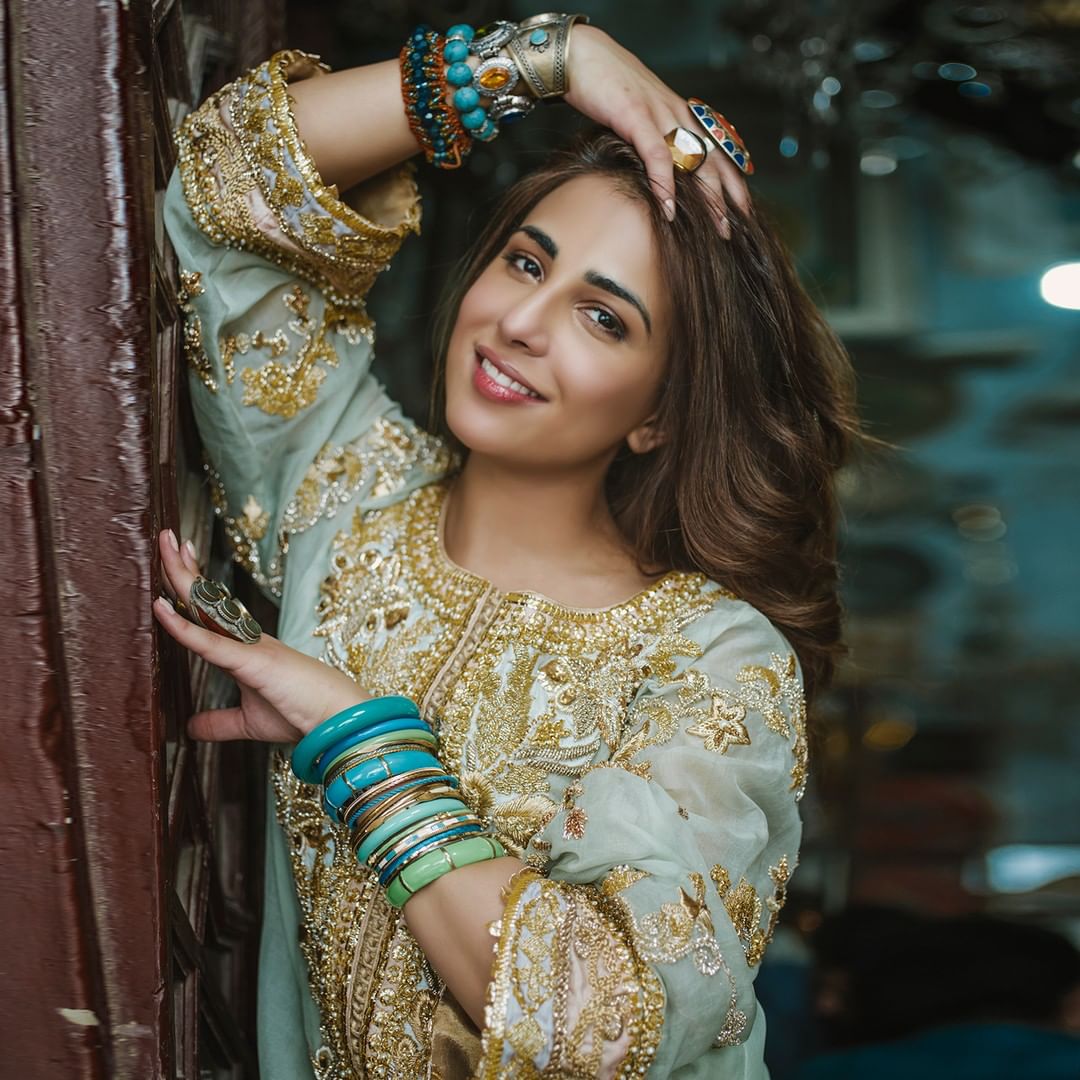 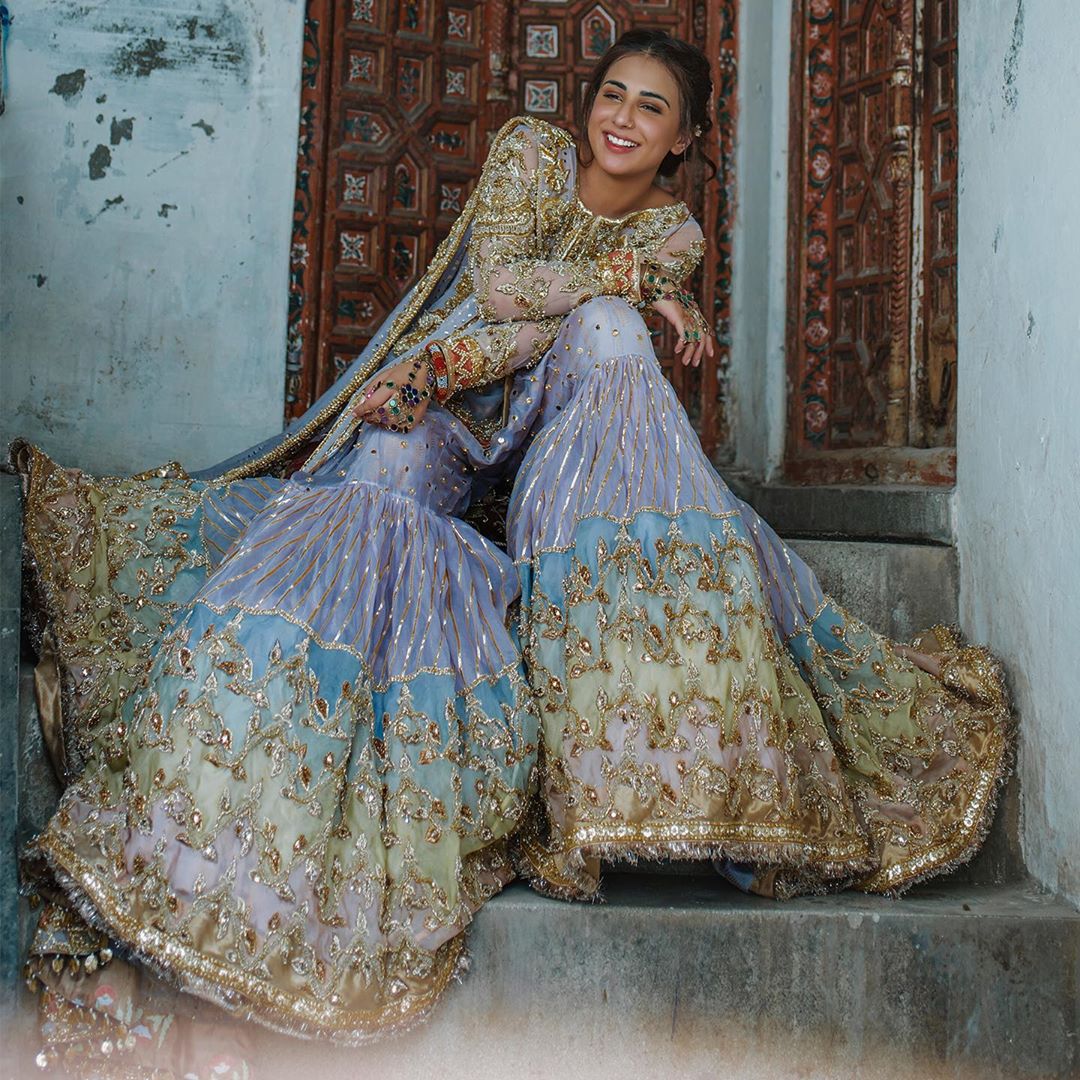 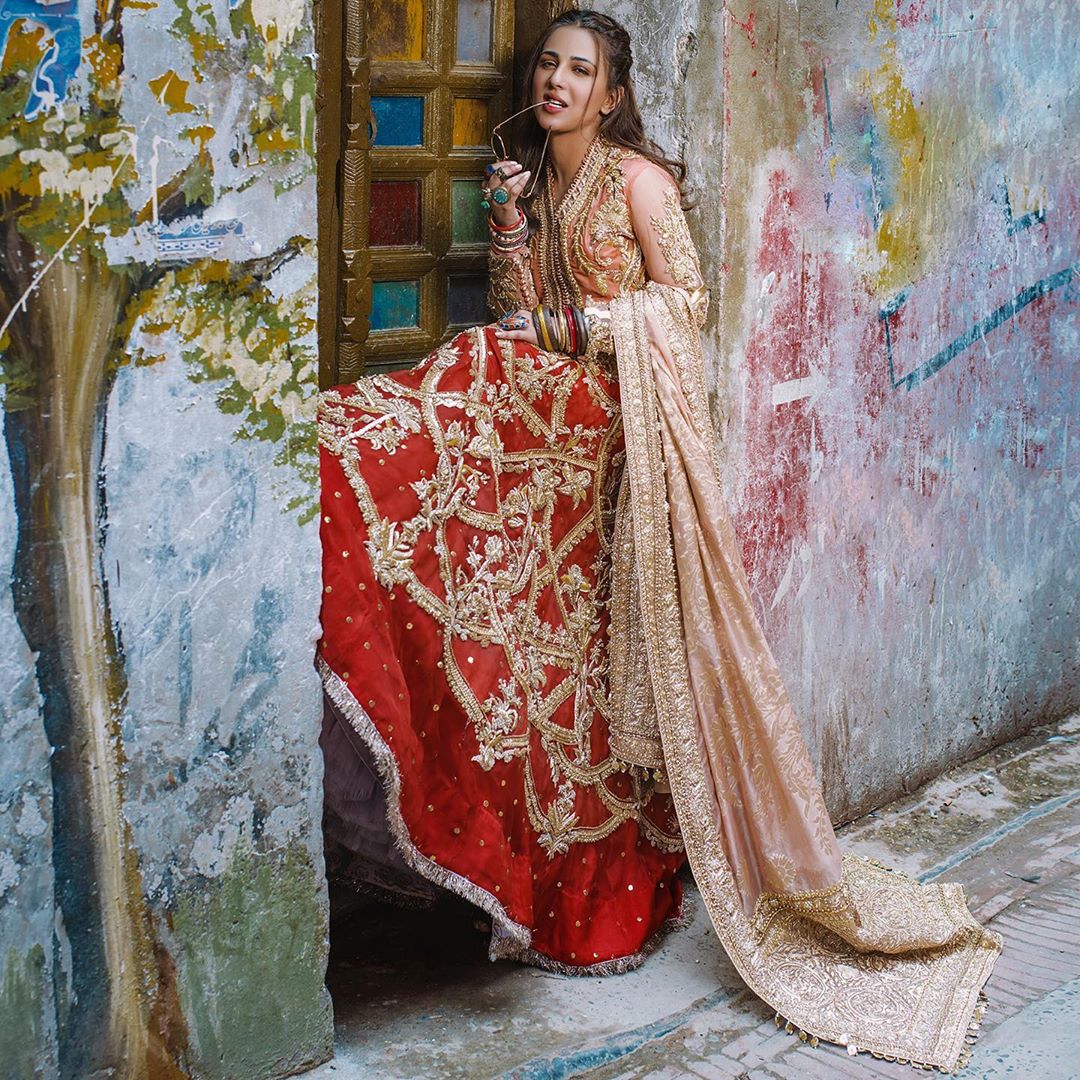 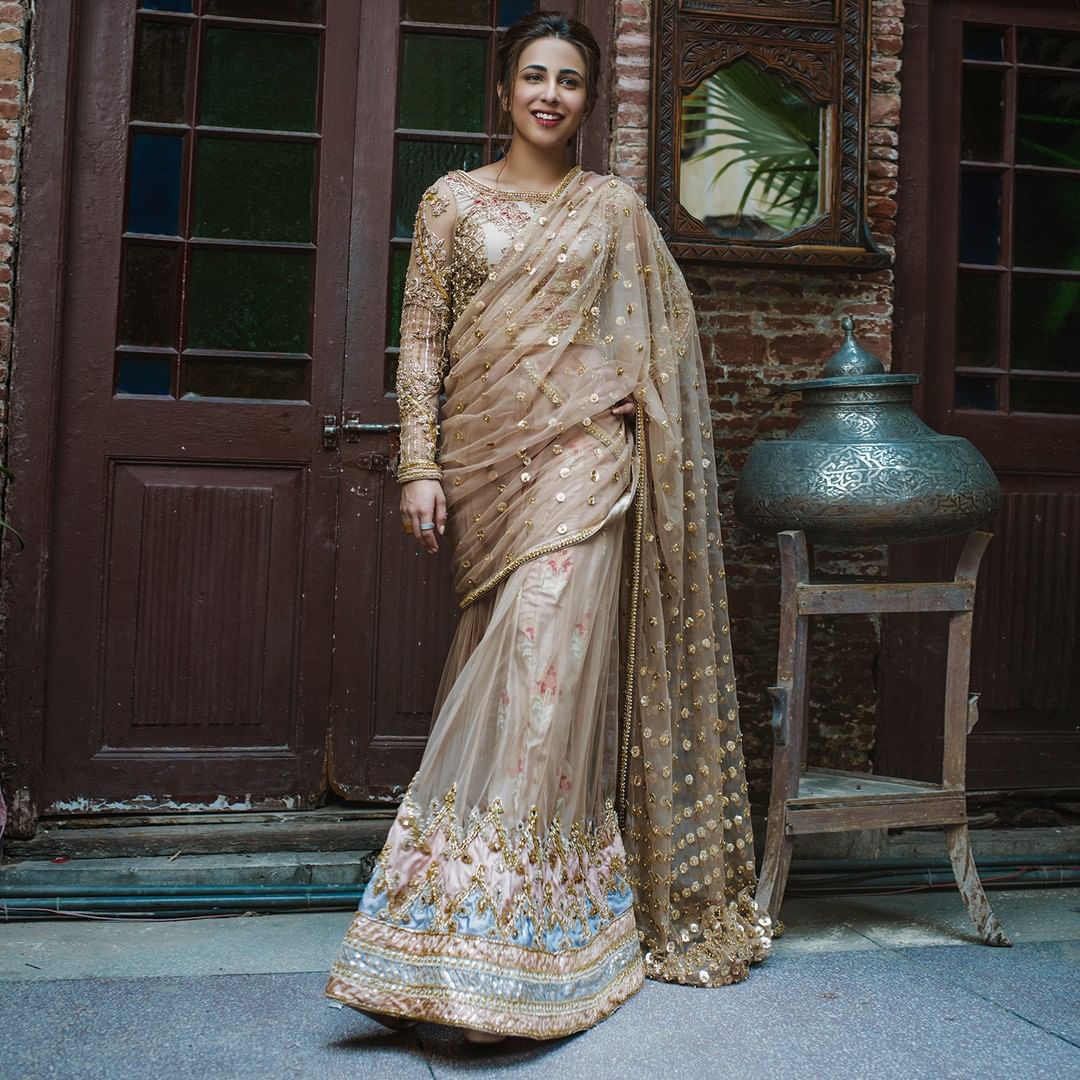 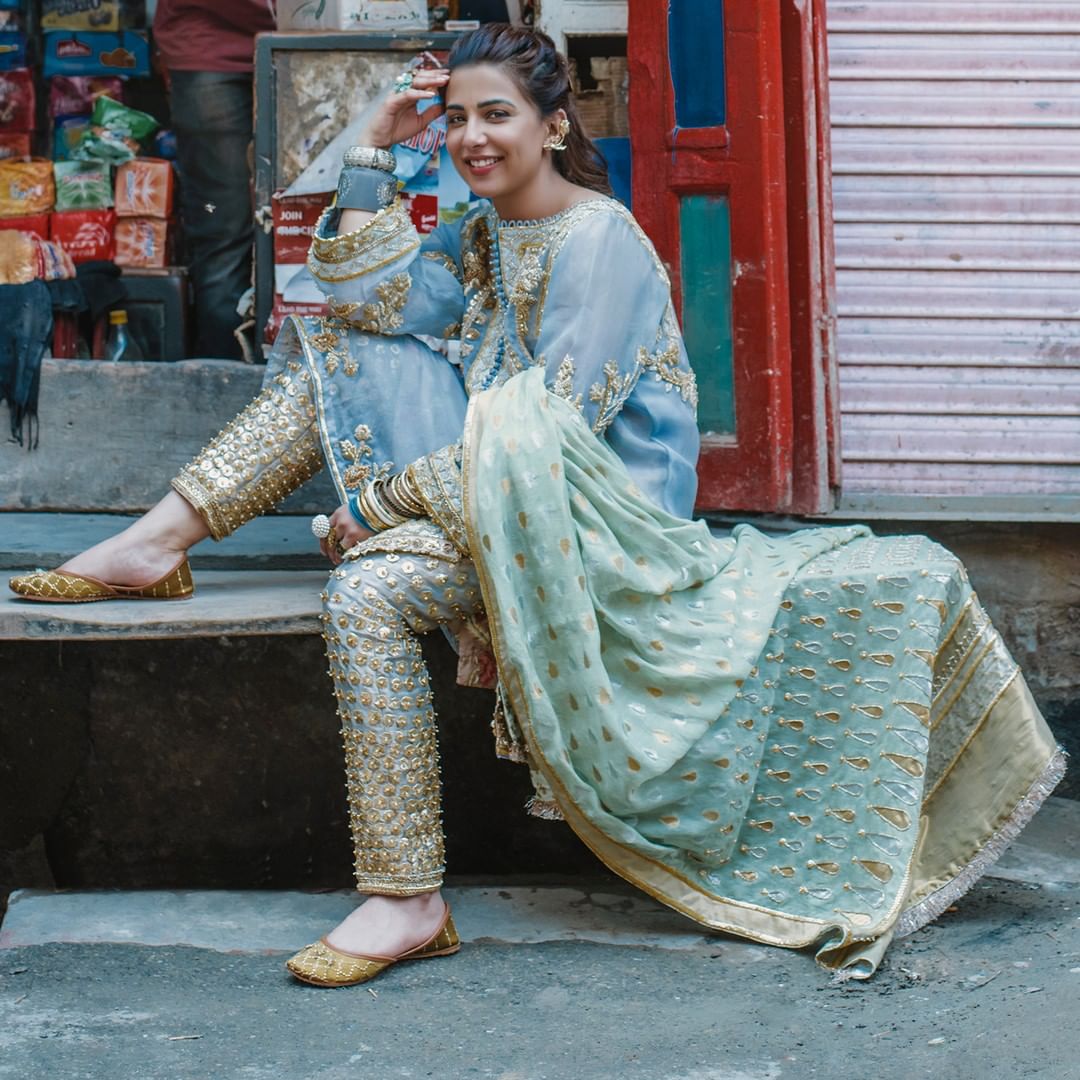 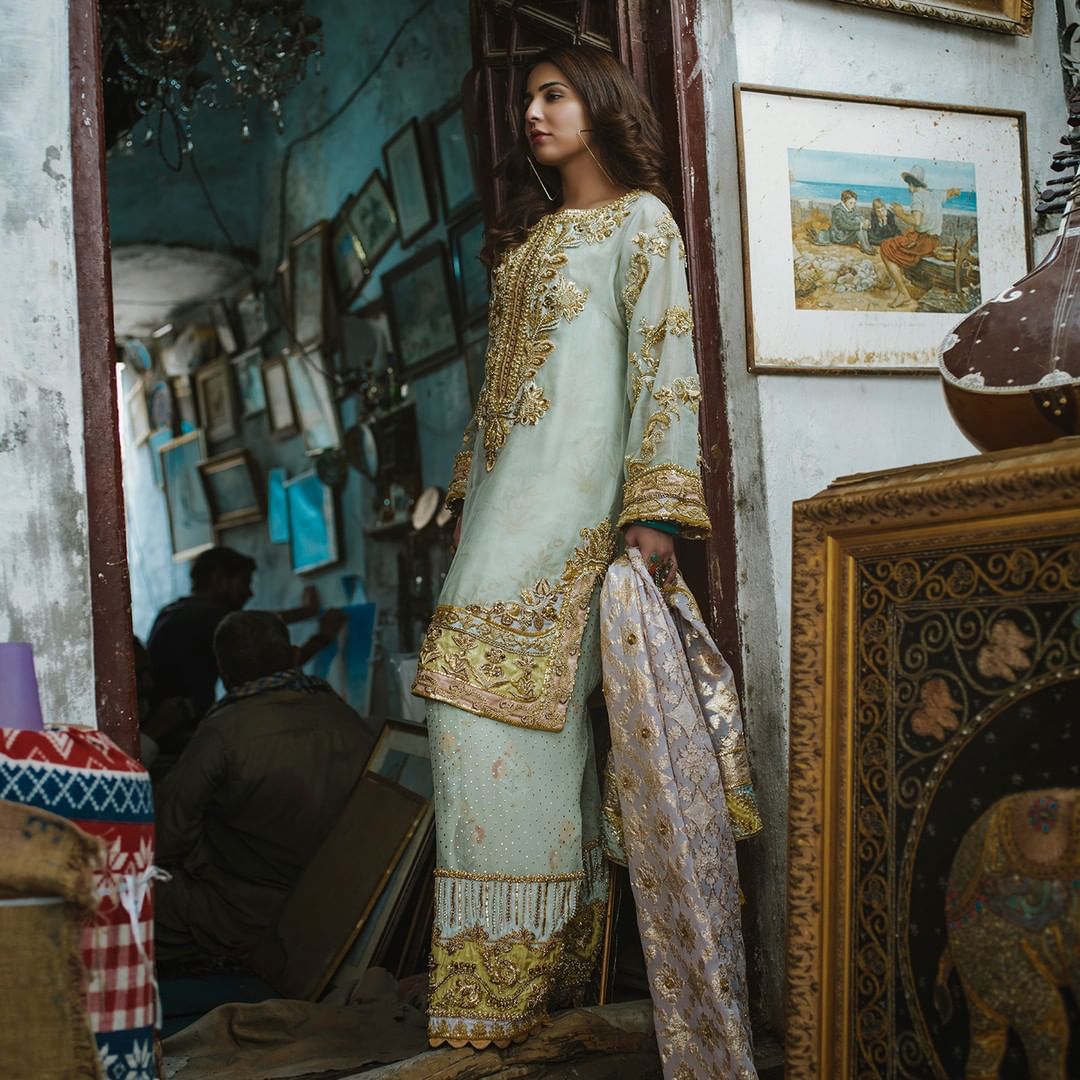 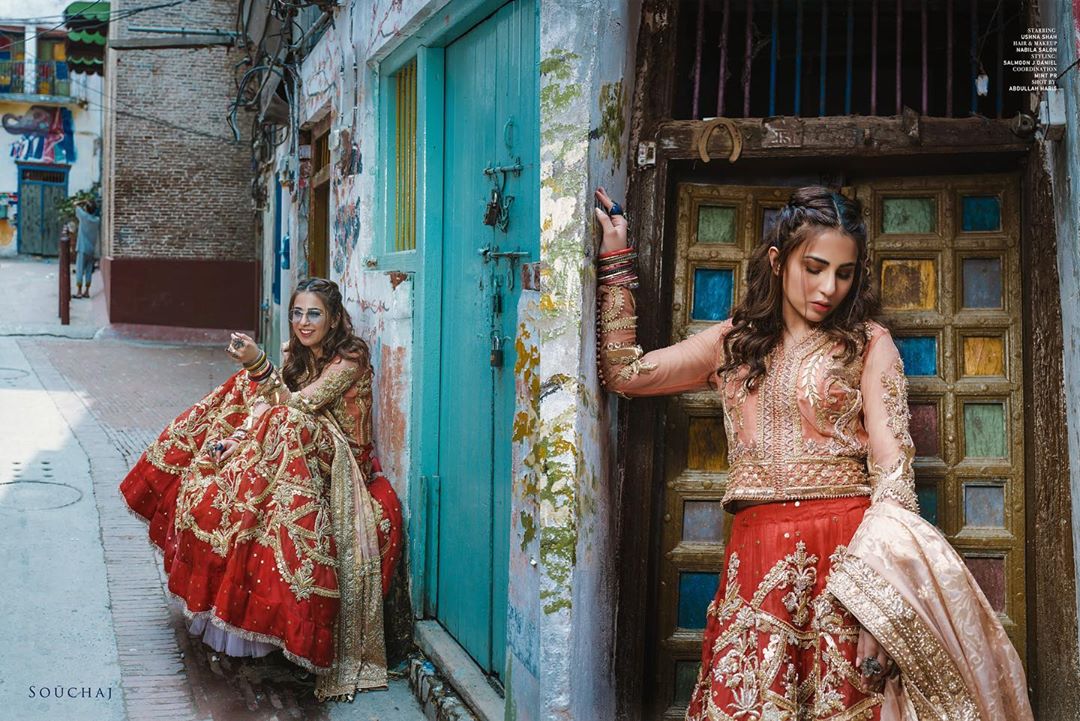 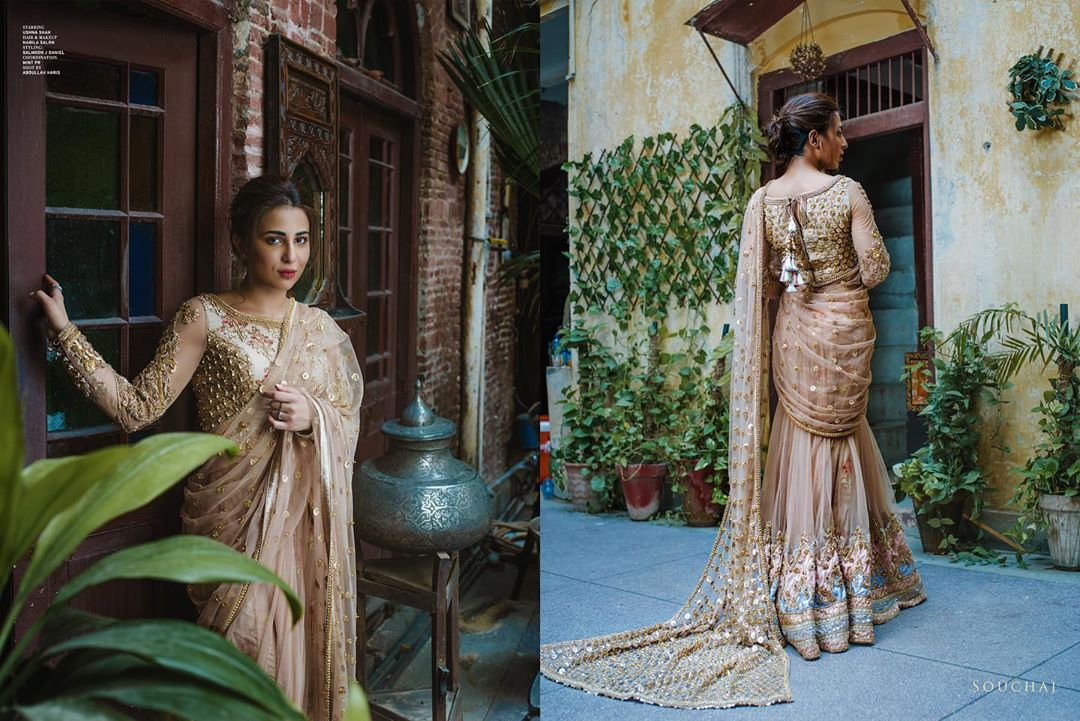 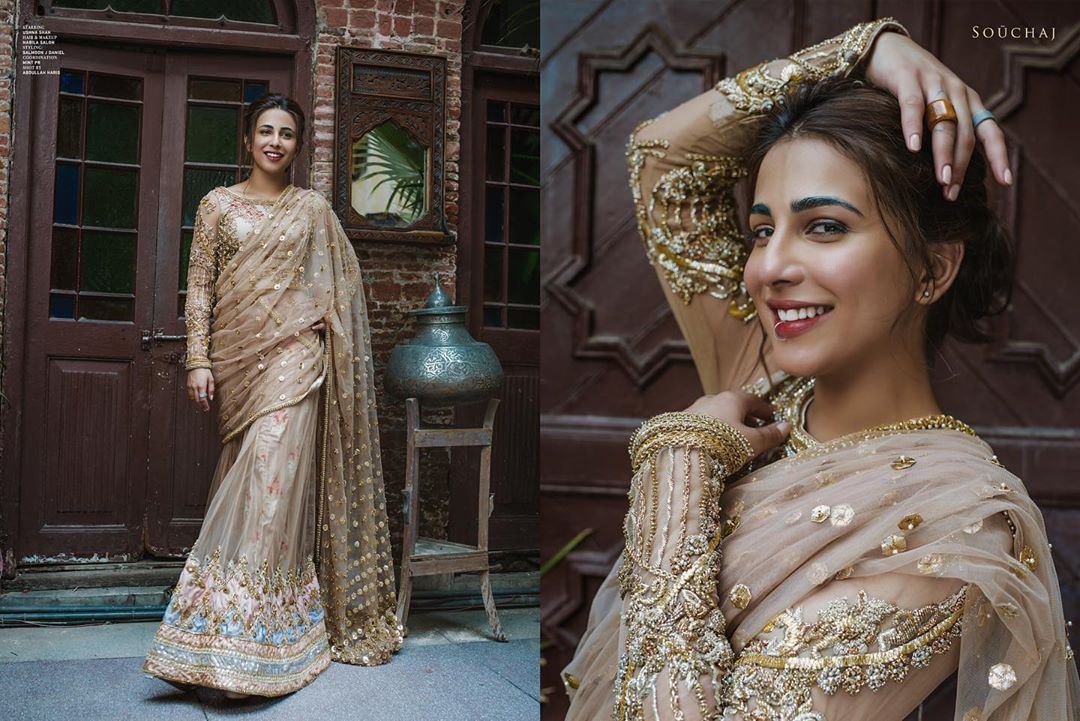 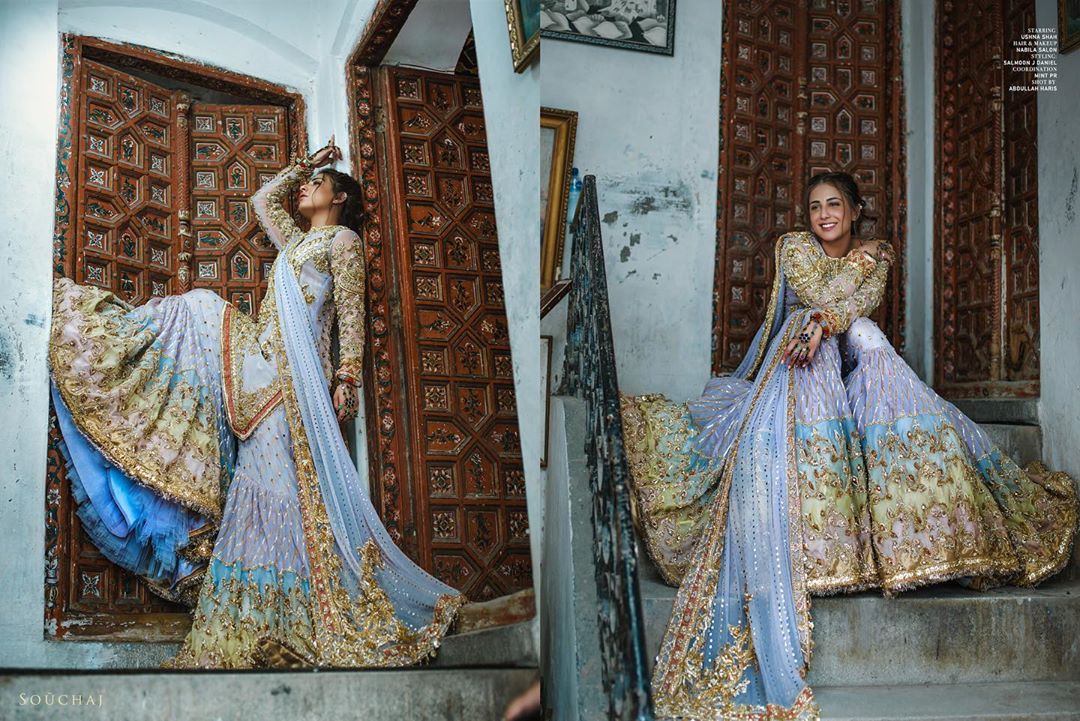 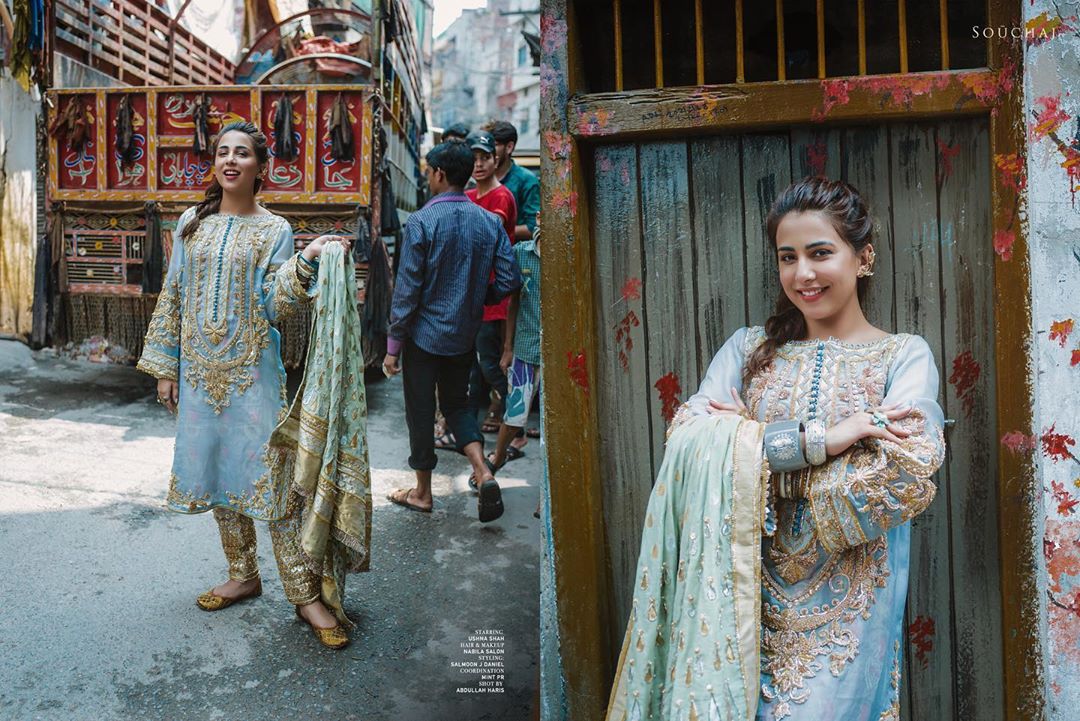 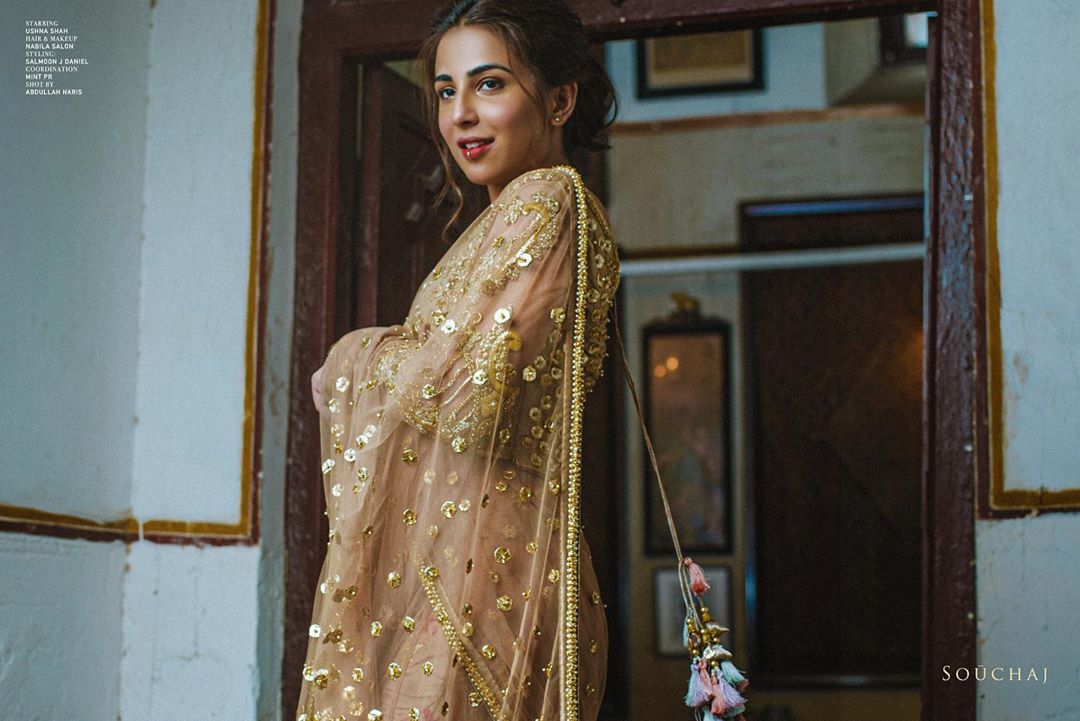 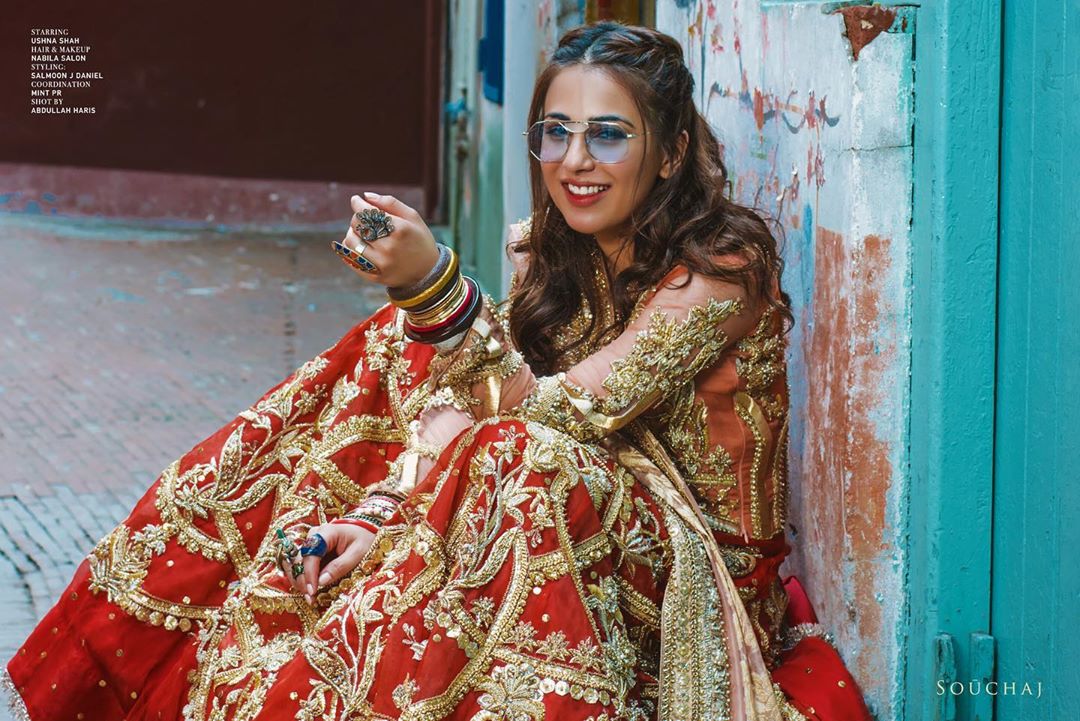 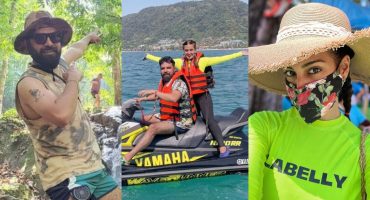