Tania Hussain a young Pakistani actress and model. She is daughter of  Natasha Hussain, a famous Pakistani model and host. Tania wants to pursue acting and also wants to complete her masters. Recently Tania is playing role of “Erum” in drama serial “Kashf”. 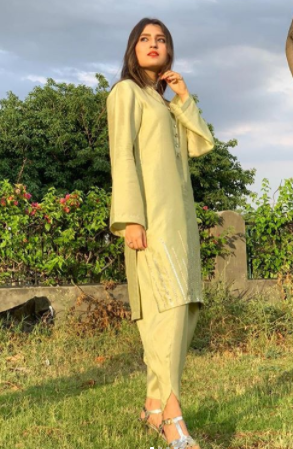 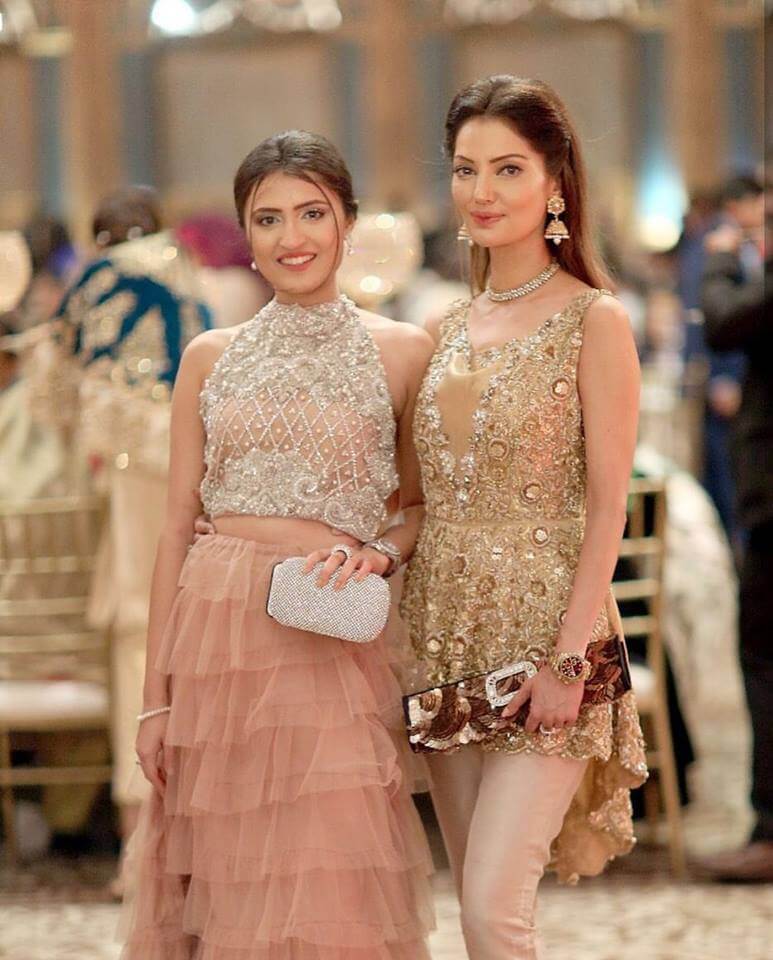 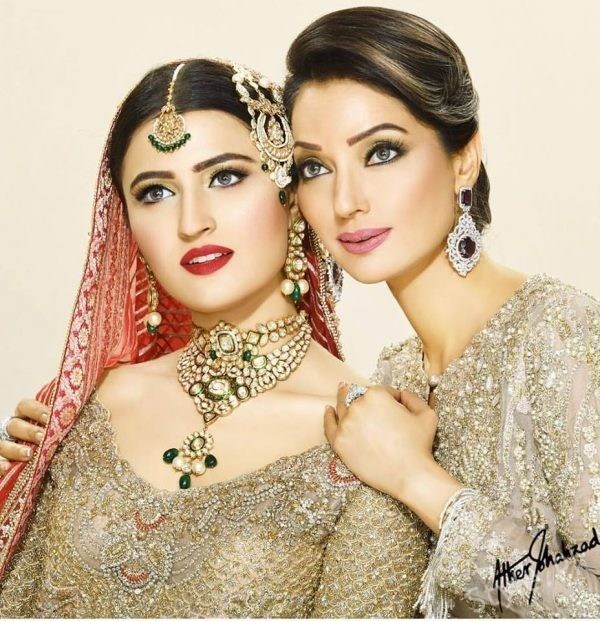 Tania Hussain was recently seen in a bridal shoot. 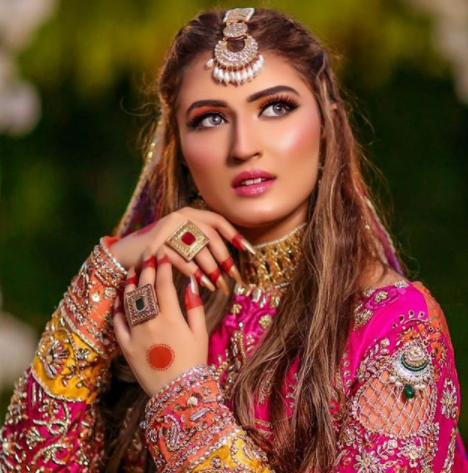 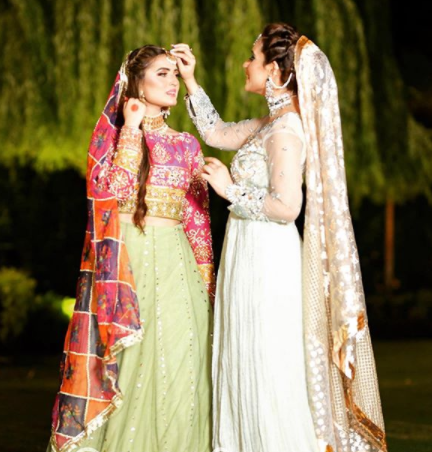 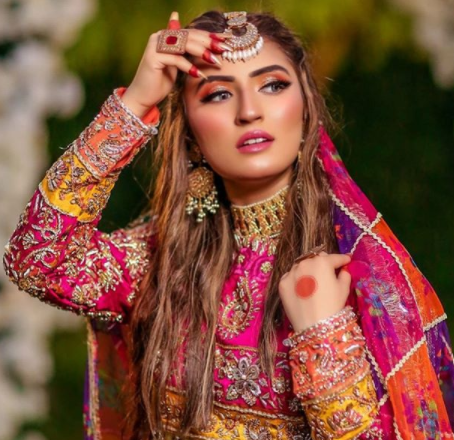 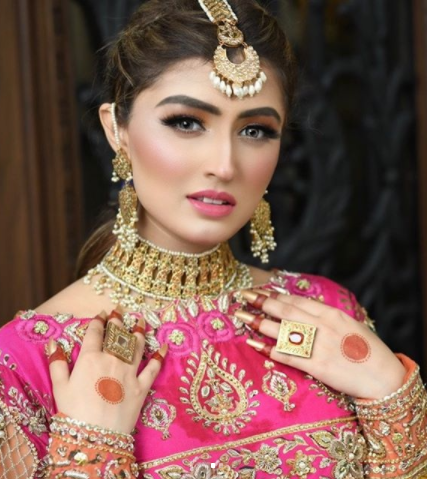 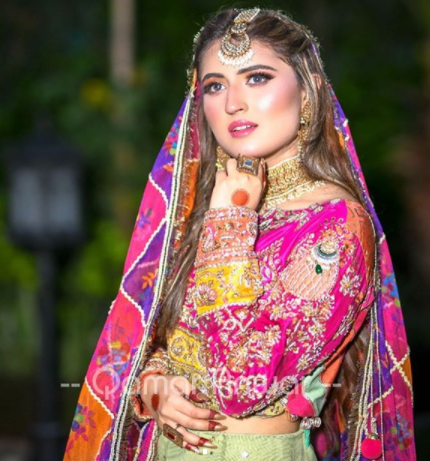 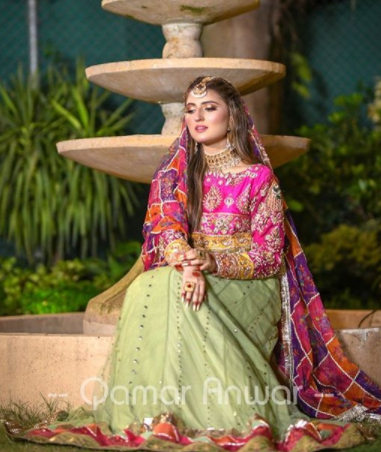 The dress stands out with perfect details of gold and lace. 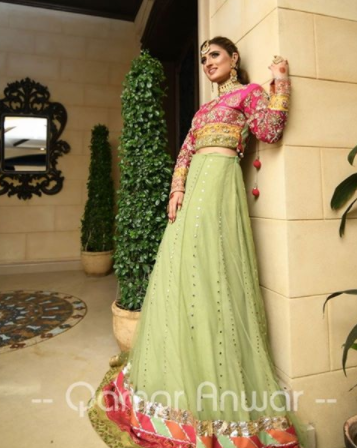 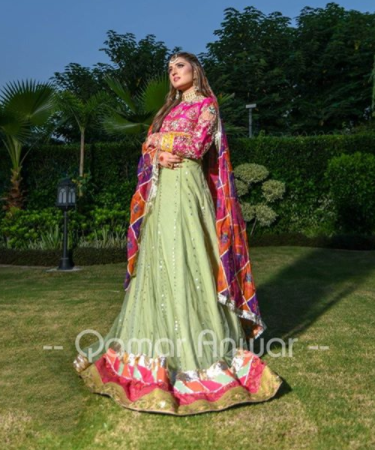 We see a multi colored diamond cuts dupatta along with the royal outfit. 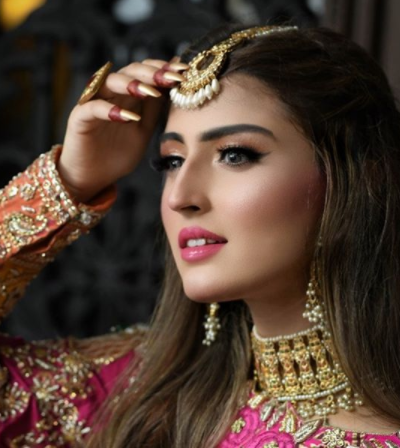 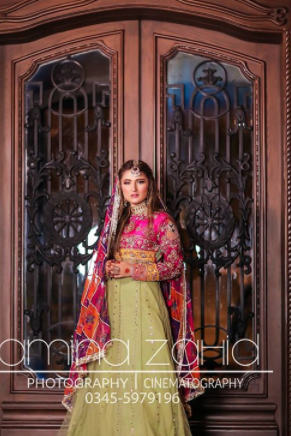 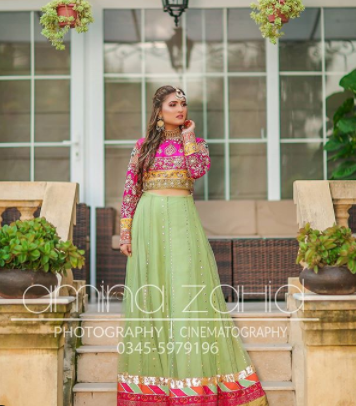 Heavy bridal jewelry  is paired along with this mehndi outfit.