Virtual reality (VR) is a computer technology that uses virtual reality headsets, sometimes in combination with physical spaces or multi-projected environments, to generate realistic images, sounds and other sensations that simulate a user’s physical presence in a virtual or imaginary environment. A person using virtual reality equipment is able to “look around” the artificial world, and with high quality VR move around in it and interact with virtual features or items. The effect is commonly created by VR headsets consisting of head-mounted goggles with a screen in front of the eyes, but can also through specially designed spaces with multiple large screens. 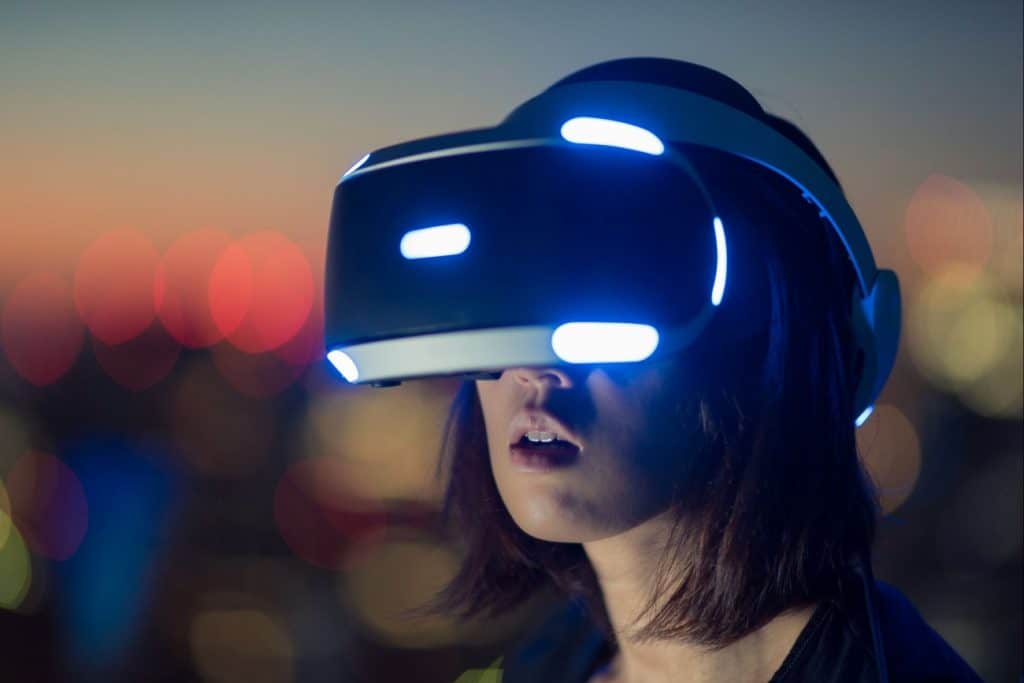 Virtual Reality is a medium not just new to us (the audience) but also to the film makers, it is an unknown territory to the world in general and to Pakistani audience in particular, we’ve never had a virtual reality film but here’s Sharmeen Obaid, doing what she does best, blowing our minds away with her virtual reality documentary “Look But With Love”.

Sharmeen Obaid’s first virtual reality documentary was premiered yesterday as part of Karachi Biennale, at Frere Hall. The documentary series has five parts and is based on extraordinary stories of ordinary Pakistani citizens supporting the causes they believe in including a musician trying to preserve the melodies of his forefathers, a social activist campaigning for clean water in Thar, a classical dancer in Lahore conveying her knowledge to future generations, a doctor treating young patients in Karachi and an unstoppable all-women anti-terrorism squad. 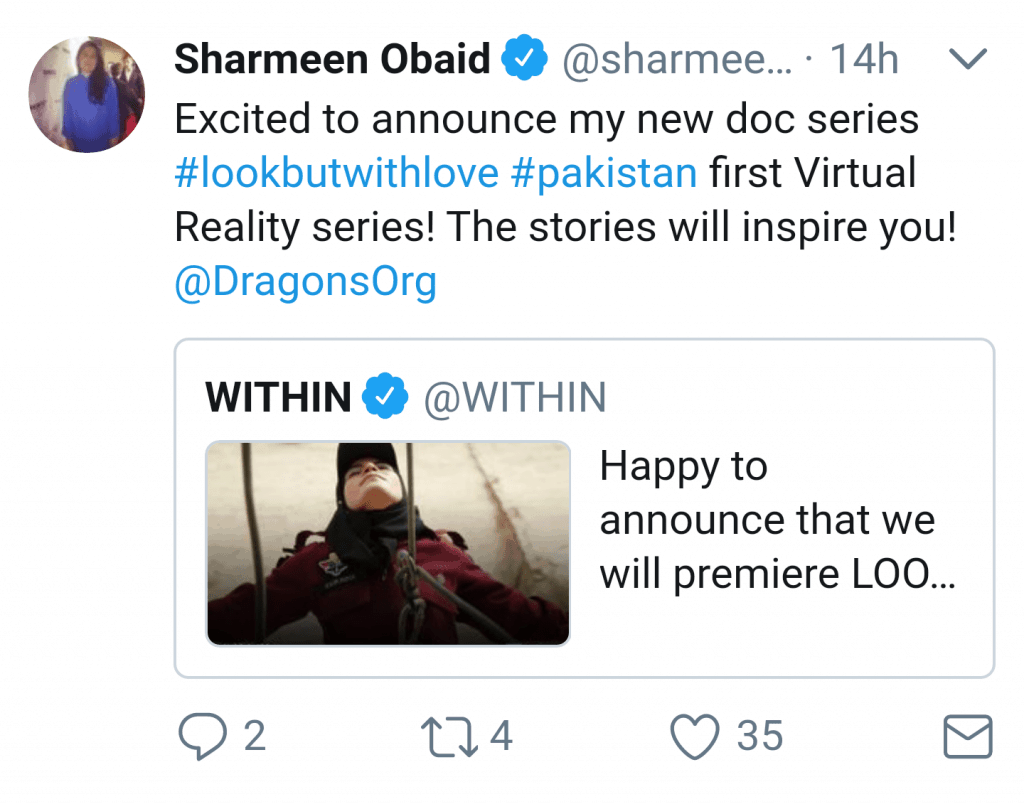 This is what Sharmeen had to say about VR,

“It puts you right in the middle of the action,”

One minute you’re wearing that headset and the next you’re standing in Thar or with a teacher in Lahore teaching her disciples or you’re transported to a hospital in Karachi. The impact such movies have on the viewers is unparalleled to any other cinematic experience. The illusion that you’re in the middle of all the action tells you why there’s the word “reality” in this technology’s name. Sharmeen further added:

“It has two purposes: firstly, to show us Pakistanis a different side of Pakistan and secondly, to the international community who’s always wondering what’s it like to be in Pakistan, we put them front and centre.” 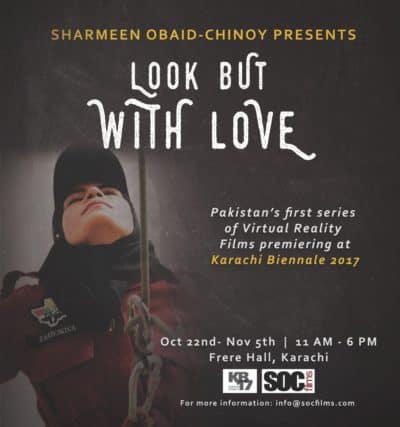 When asked in a recent interview whether the medium is more important to her or the story she had the following to say:

“I’m a storyteller, and I’m looking to take the stories and translate them into different mediums. For me, it was about how do we use technology to make films feel immediate, to make you feel like you’re walking in the footsteps of women who’re treading miles to collect water or in a shrine surrounded by musicians who are playing their instrument.”

“The rules of virtual reality have not been written, as we’re the first generation of VR film-makers. So, let’s play with technology. You can’t explore a world by just staring at something and VR allows you to be there and feel the surroundings, acclimatise yourself. So, my film-making has to change with the medium. But at the end of the day, it’s a story. So, you walk away with learning about the story.”

We wish team Sharmeen best of luck one more time and hope that this is the beginning of a whole new cinematic universe for Pakistani audience.