The fans of legendary musican and Qawal, Nusrat Fateh Ali Khan, will be astonished to know that some lost tape recordings captured just before his death were found in a storage in Oakland, California. The recordings are now owned by Australian-Pakistani singer-songwriter Mahmood Khan who worked with him in 1996.

When Nusrat was battling kidney disease, Mahmood Khan was working on his solo album and he wrote and develop songs for it. ‘The International News’ reports that one of the songs was recorded at music producer Rick Rubin’s house in Los Angeles and some of the sessions were taped at Iran’s mega star Morteza Barjesteh’s studio in Encino, California. Mahmood, being an expert of sound engineering had also installed a recording studio at the house which was rented for Nusrat’s stay in Los Angeles. His short trip also gained attention of Peter Gabriel and VH1.

The recordings which have been found are enough is number and are also in perfect condition to materialize in a new Nusrat Fateh Ali Khan album, a move being considered by Mahmood Khan. The auction value of recordings are over 5 million dollars.

The news is heartening for all fans of Nusrat Ali Khan around the globe who look forward to listen to some of his last recordings if materialized in an album in future. 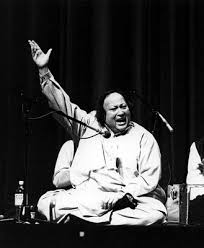