The makers of Maan Jo Naa had kept their leading lady’s identity a secret until they made an official statement at the cast meet up on Saturday. The female lead of the Rom-Com film is German-born Iranian beauty Naaz Norouzi. She is an international model and has has walked the ramp and been the face of several international brands. Maan Jao Naa will mark Naaz’s debut in acting opposite Adeel Chaudhry. 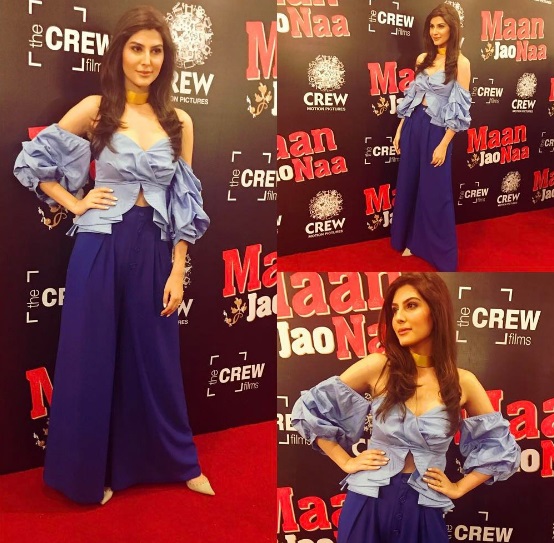 Apart from Naaz and Adeel, the cast includes talented actors like Ayaz Samo, Hajra Yameen, Asif Raza Mir, Asma Abbas, and Nayyar Aijaz. Maan Jao Naa is directed by Aabis Raza and produced by Mohammad Khalid Malik under the banner of Crew Motion Pictures. The film is a story of today’s youth, their carefree attitude and their interpretation of love. It was mostly shot is Karachi while some parts of the movie were shot is Sukkur.

The makers also revealed that Ali Gul Pir, of Saeein Tu Saeein fame, will make a special appearance in the film.