Mahira has something to say about her age and health 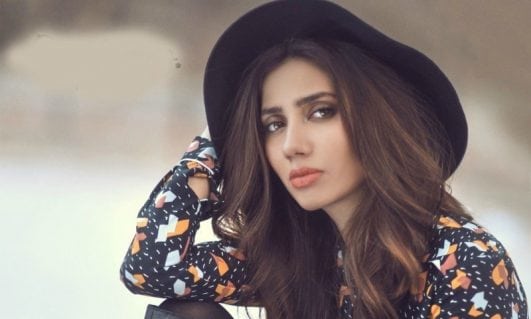 He blurted, “You didn’t even ask me what I think. I’m sorry to say if someone likes it or not, but Mahira is not heroine stuff. She’s a mediocre sort of a model, she’s not a good actress and is not a heroine.

She’s quite aged as well and we don’t have heroines at this age, they only play the characters of mothers”, added the 65-year-old actor.

His statement took internet by fire and celebrities including; Faysal Qureshi, Osman Khalid Butt, Gohar Rasheed, Humayun Saeed and others came out in support of Mahira Khan.

They took Twitter to show their immense support for Mahira.

Extremely disappointed and strongly condemn Firdous Jamal’s comment regarding Mahira Khan. Whatever his point of view is, there’s absolutely no justification for such rude remarks for a colleague publicly & on television. Mahira is extremely hardworking and honest to her craft…

Dismissively claiming actresses have a shelf-life, that they should stop acting as leads and appear as mothers is not the same as 'mentioning their age', you bashi-bazouk.
I'll stay in my lane when you delete your account, and your existence. Acha tamasha lagaya hua hai. https://t.co/aUHs1rQEso

Thats how he thinks kiya faraq parhta hey …she is super star and i was shocked too. I meant jo hit milni chahiye woh mily #binroye was hit but bari wali hit .khir i praised her 1000 times in my show no one shared that 🤔 https://t.co/xb5IYwukgs

Mahira posted a handwritten letter-like post on Instagram, thanking people for the support. She asked people to be tolerant of other people’s opinions and not be ‘scared’ of a successful woman.

We are the present. What we do and how we do it, is our future. Thank you to all those who have come out to support me- I did not ask for it and that makes it even more special. As an artist I am proud of my industry. I’m grateful to my senior artists for paving the way for people like me and so many others. I am also proud of myself. In this journey of mine, I can proudly say that I have done what I thought was right and never succumbed to what others thought was right for me. That – I will continue to do. InshAllah. In a world full of hate, let’s choose to love. Let’s be tolerant of other people’s opinions and let our fight be against the mindset -that a successful woman is a scary thought. No it isn’t. It’s a beautiful and empowering one. Let us stop picking on one another so that this industry and our country thrives like no other. I read somewhere that ‘Stardom’ in Latin means – thank you to the fans when it was lonely. Stardom it is then! Love and Gratitude, X

But the story doesn’t end here and we have something for you. Recently, Mahira appeared in an interview and talked about her health and age.

It seems like she is having some health issues and she might take a break from work. What do you think on this statement of Mahira?