Yasir Hussain takes a dig at actors who are supporting kashmir.

Yasir Hussain has taken a jab at actors that they are tweeting against kashmir issue and on the other hand they want to work with india, in indian movies which is being hypocritical,  he said I want actors to say they dont want to work in india blatantly so that they can be just, in saying  that we love kashmir. He says that  to support kashmir and work in india is like being diabetic and having a piece of cake. I don’t know why Yasir Hussain is that much controversial, he just cant remain calm after some times he comes up with bundle of taunts on actors. Here he said all this,

and he already had worked in india with Om puri the movie didn’t get a release due to the death of veteran actor Om puri and this gave him clean chit to take a dig at those actors who worked in India. Isn’t the one who is hypocrite.

He also said people will judge me now, I used to believe art has no boundaries but I think now art has boundaries, they have created. It shows that they are against it till the ban. Actors will never say despite ban we will not work even yasir isn’t saying this. 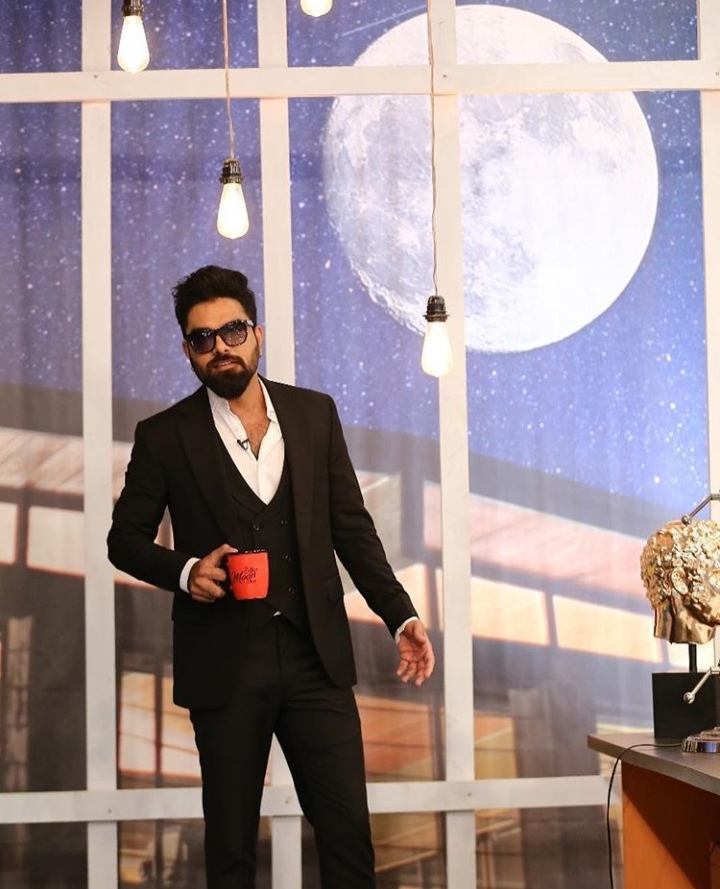 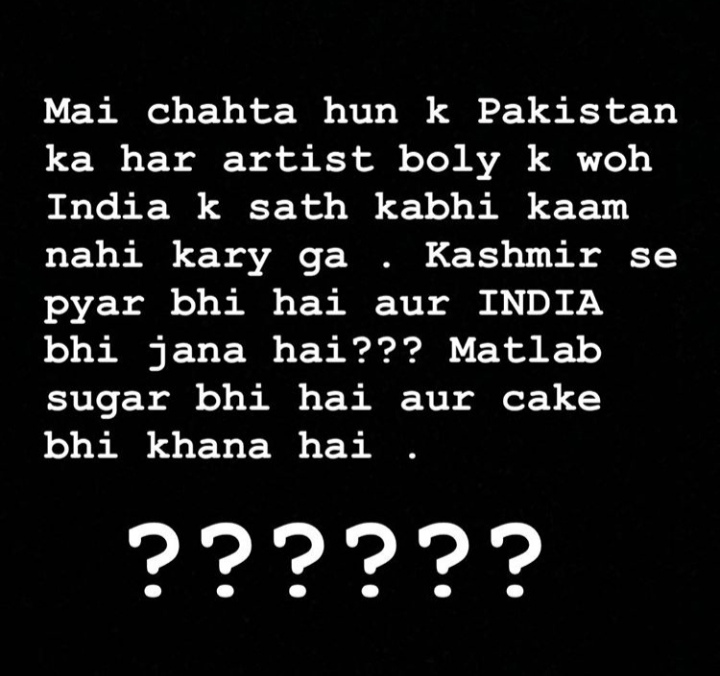 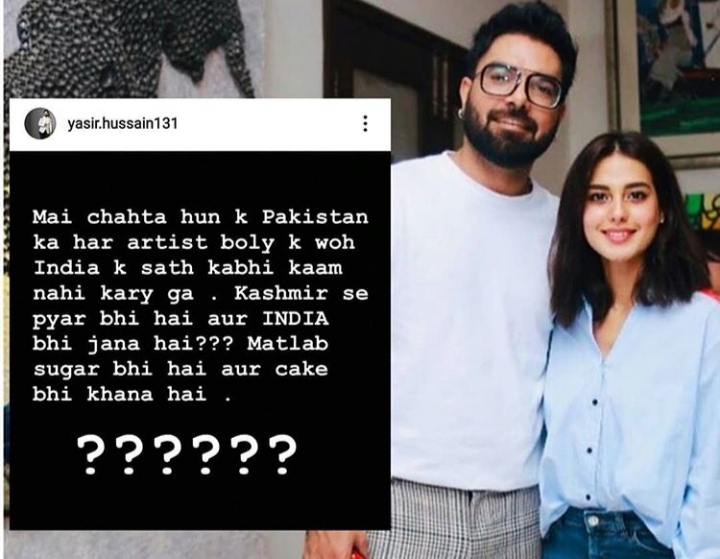