Mahira Khan Might Stun Us With Her Vocals Too!

Bin Roye actress Mahira Khan is all set to play a lead role in Shoaib Mansoor’s upcoming venture ‘Verna’. Written, directed and produced by the Shoaib, the film is set to release on Eid-ul-Fitr 2017.

In an interview with DNA, when asked if she’s a singer too, Mahira replied:

“No no! Although Shoaib Mansoor feels I am a singer. He feels I am better at singing than acting. He wants me to sing in our new film together called Varna. He knows his music. But I can’t! I am extremely self-critical.”

When asked, You are a career woman and a single mother. Is that tough?

The diva replied, “Yes, but it is something which women all across the world do. I do only one film at a time. My first priority is my child. So it’s a lot of hard work . But it can be done. It’s all about choices. Many times I have to let go of good work. Fortunately the work I’ve done has worked for me.” 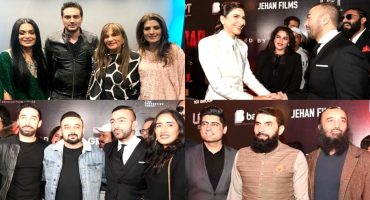