Mansha Pasha is promising actress of Pakistani drama industry. She is famous for working as a supporting actress in several successful drama serials, including “Shehr-e-Zaat”, “Madiha Maliha”, “Zindagi Gulzar Hai”, “Virasat” and “Mera Naam Yusuf Hai”. She has played the character of “Zoya” in ARY Digital’s popular comedy drama Aangan . Mansha Pasha making it to films, worked in her debut film which was a romantic comedy “Chalay Thay Saath”, She got really popular after working in the crime thriller “Laal Kabootar” for which she got nominated for Best Actress at Pakistan International Screen Awards.

Mansha Pasha was recently spotted at extremely talented makeup artist Beenish parvez’s salon, getting herself dolled up for an event. She wore a wintry blue and gold saree paired up with a braid having matching hair accessories as her jewelry. For makeup she went for gold and light smokey eyes which made her look like an empress.

Lets have a look at Mansha’s pictures pulling up the saree look so well. 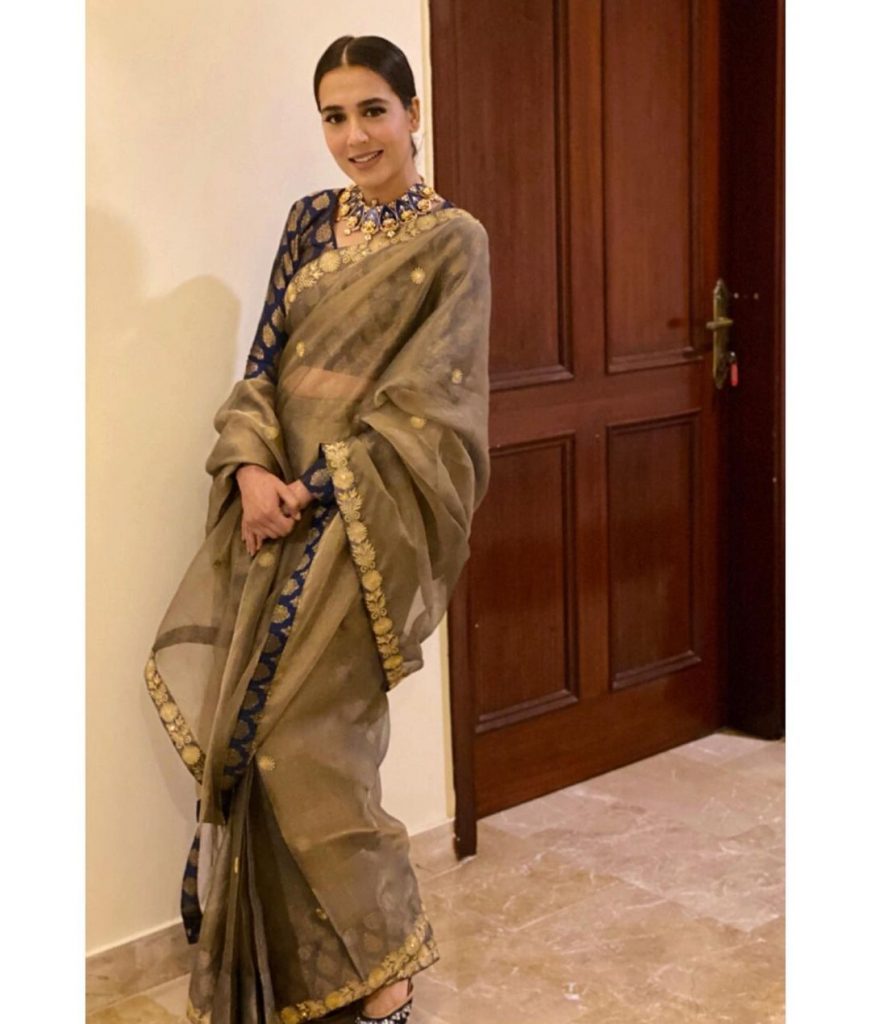 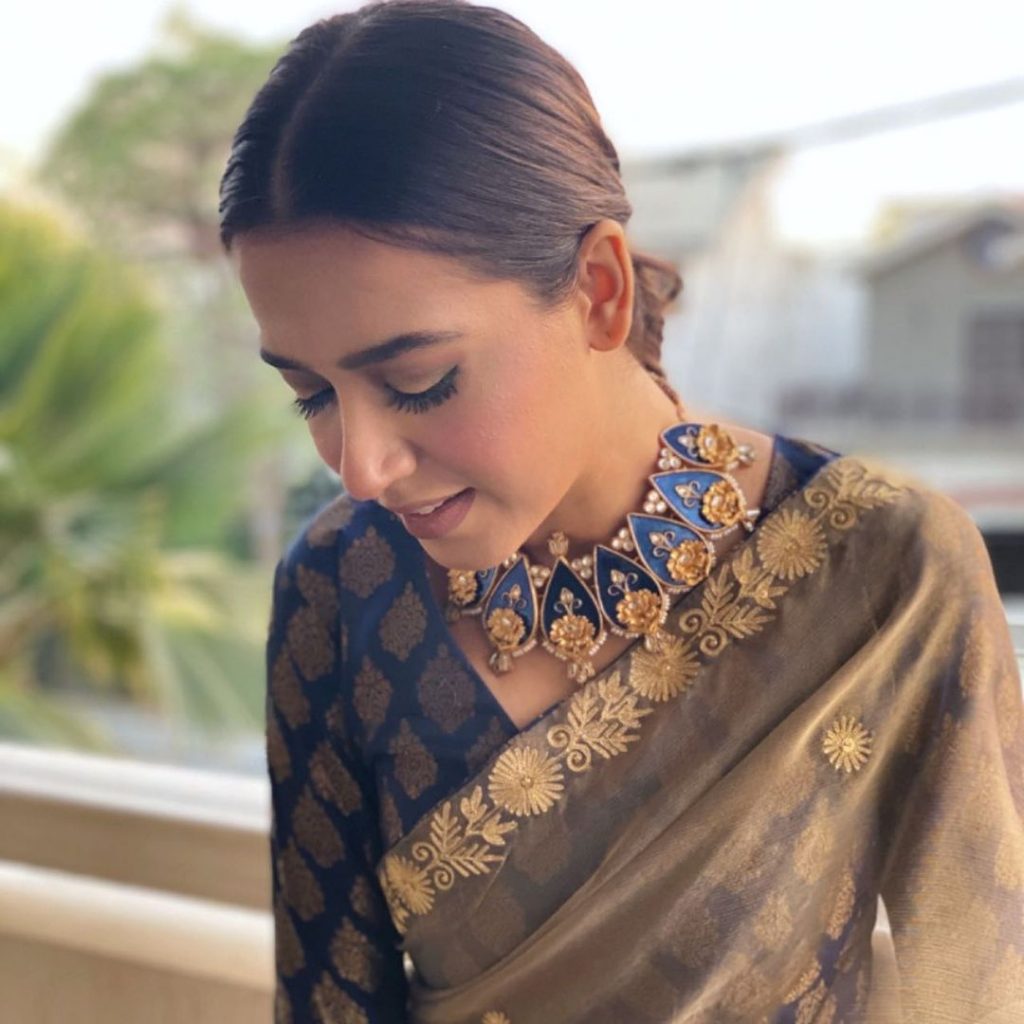 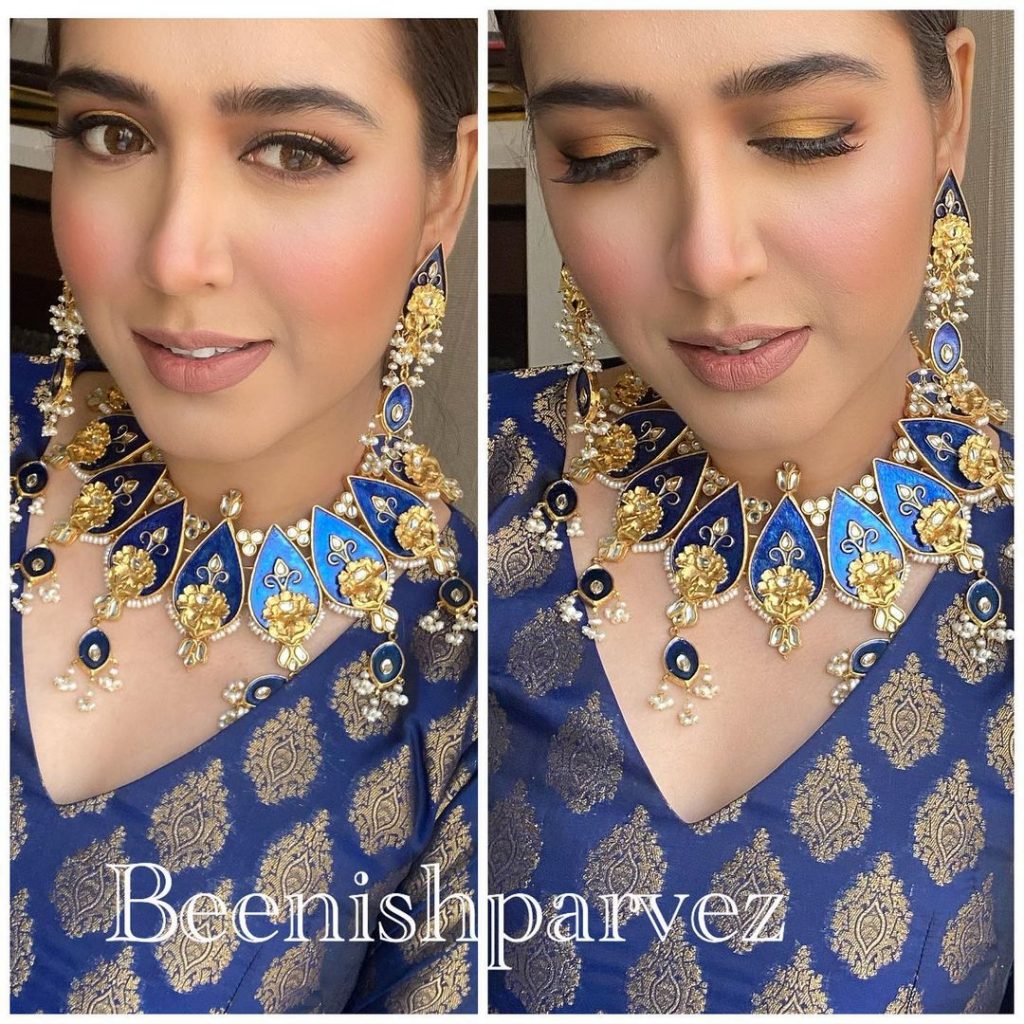 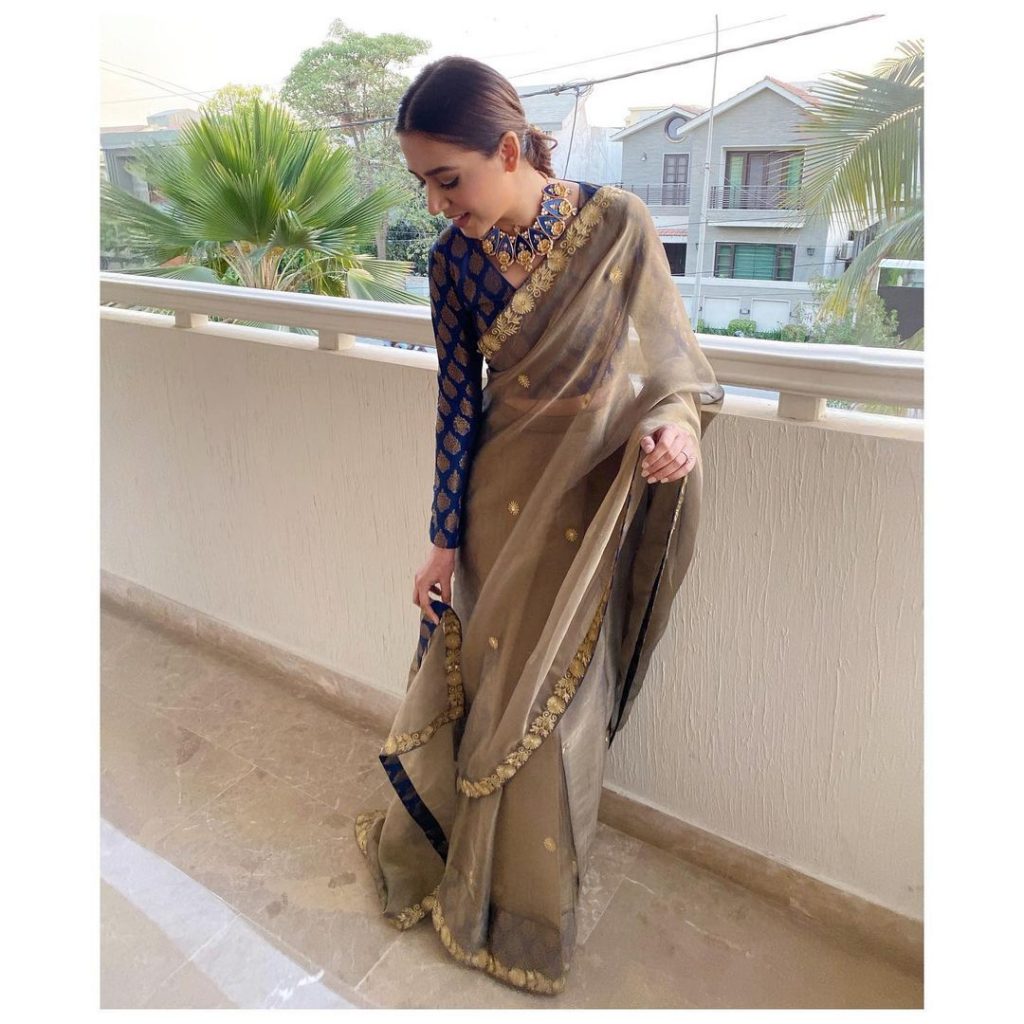 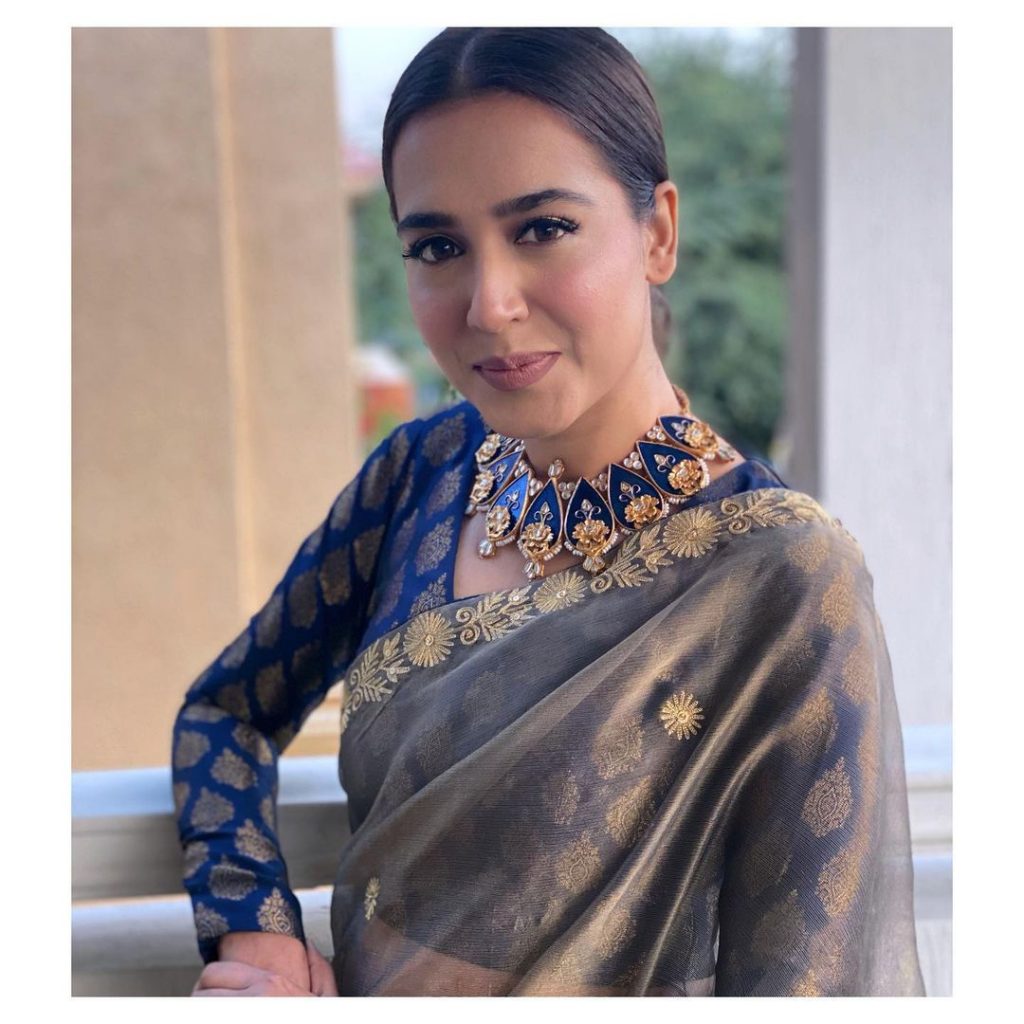 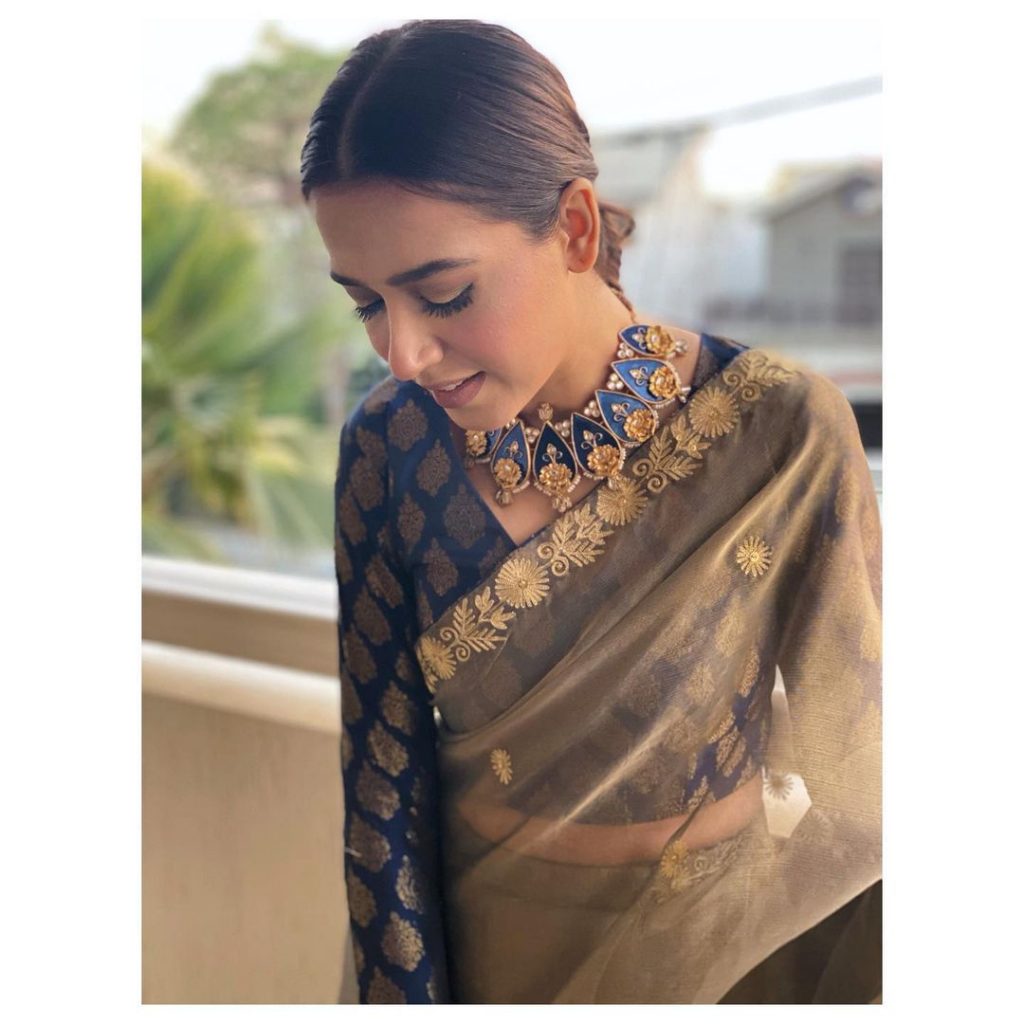 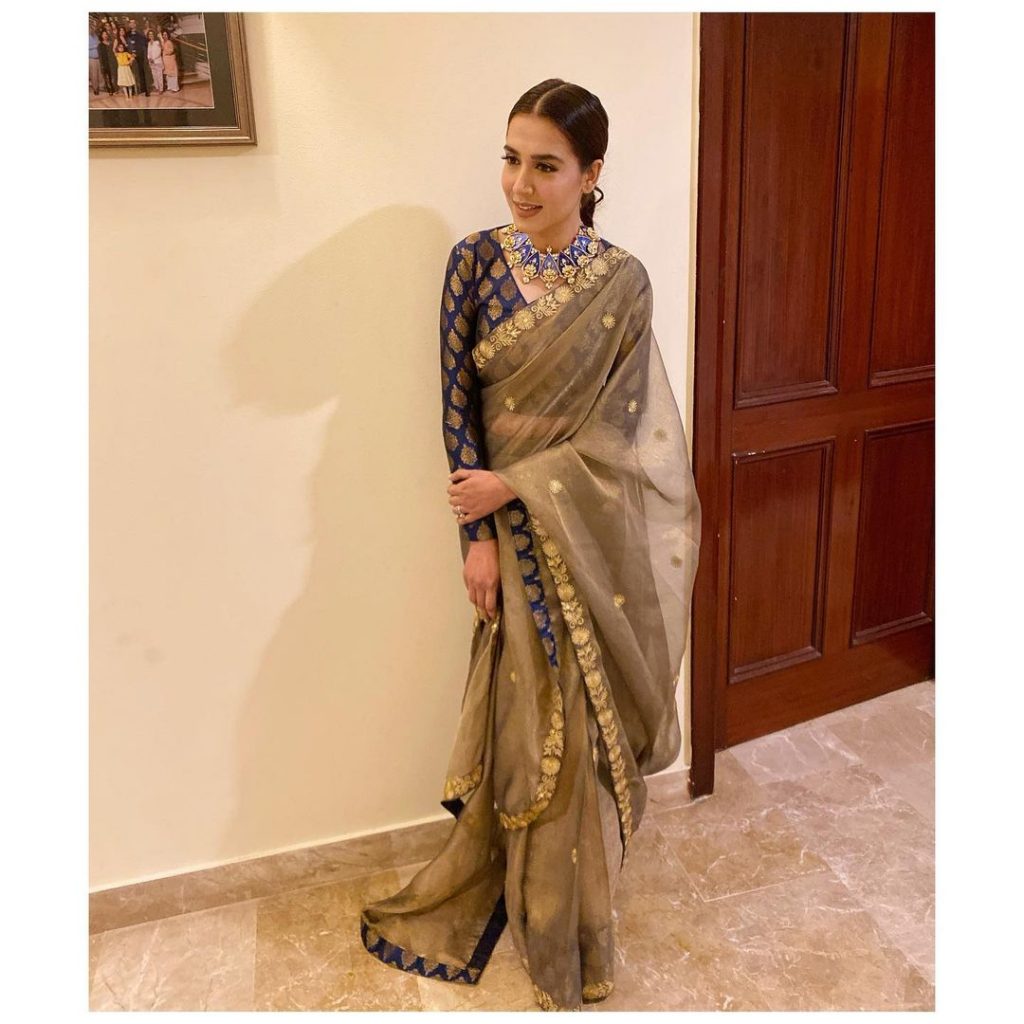 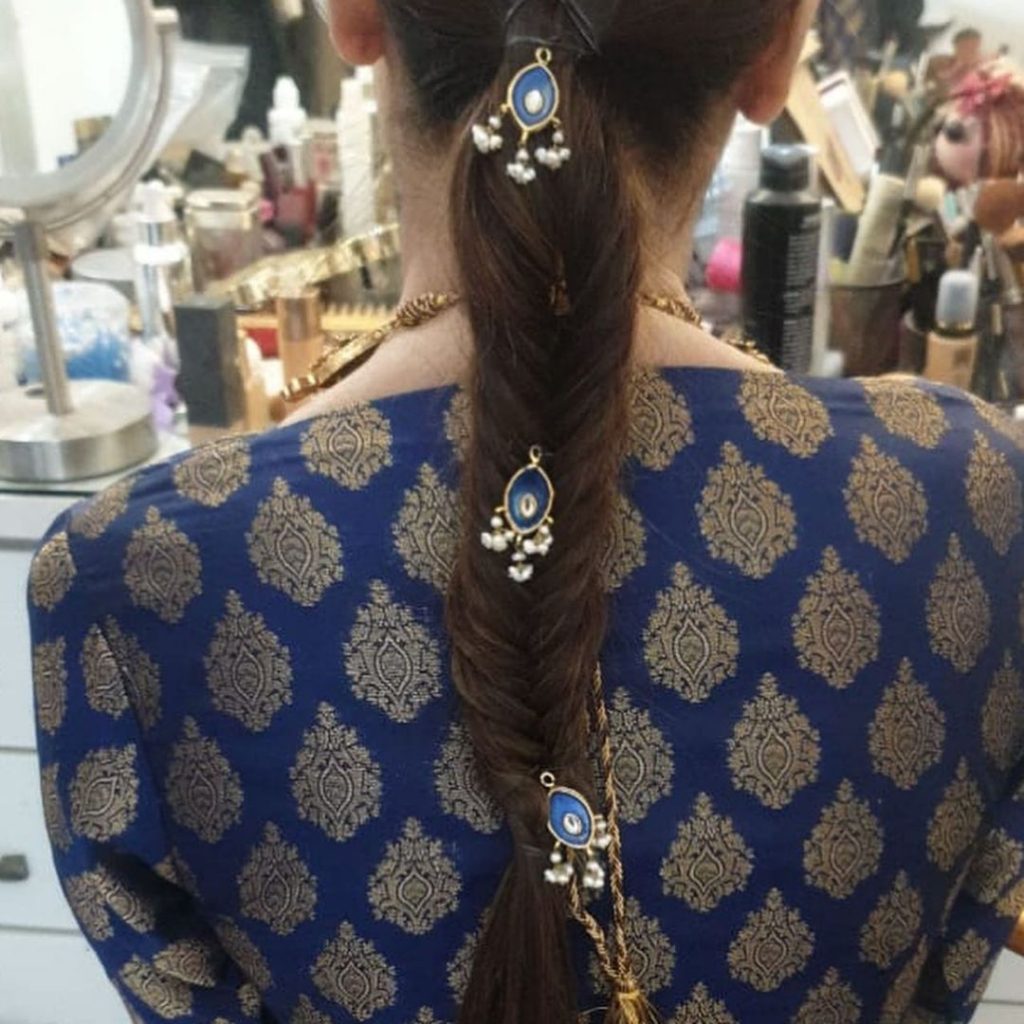 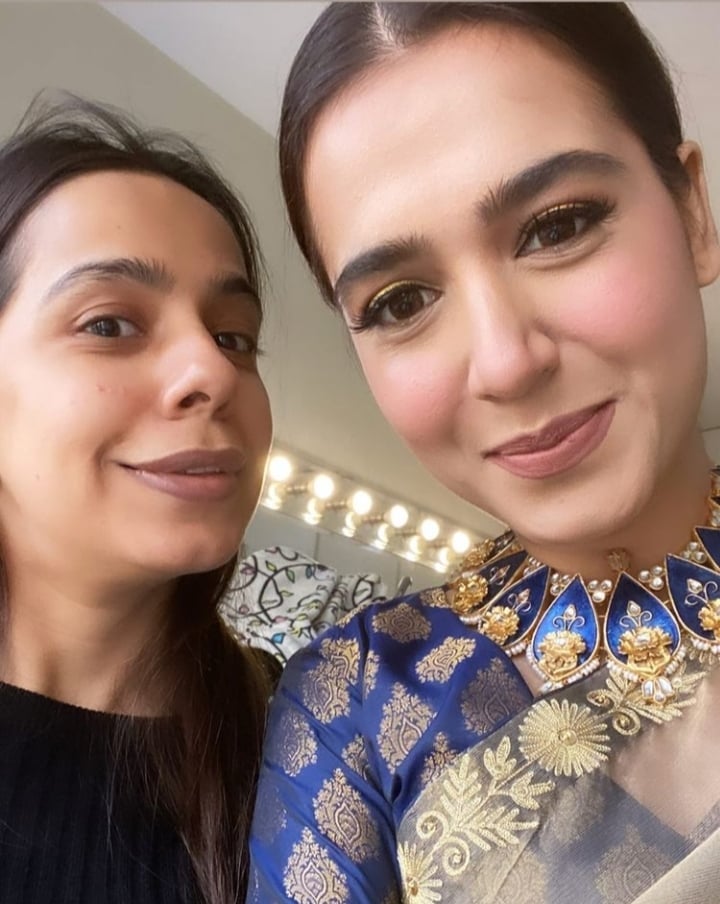 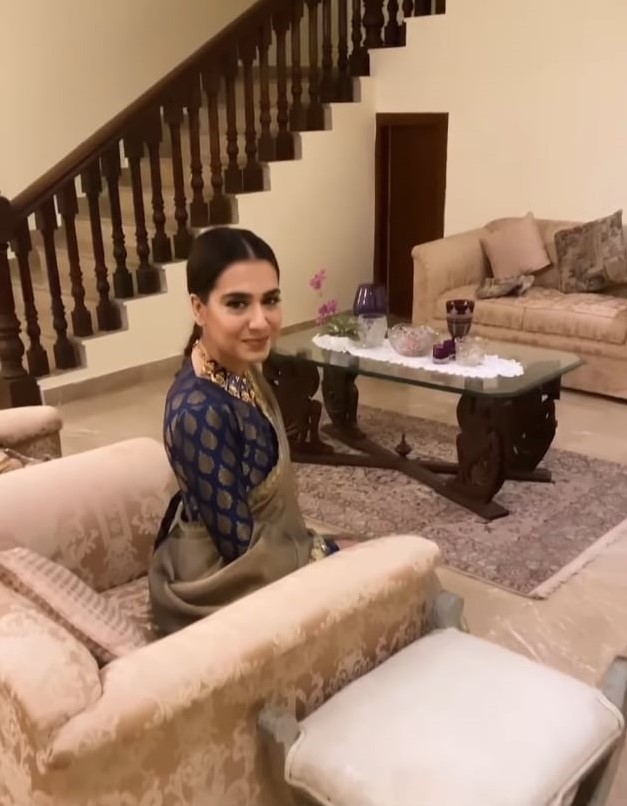 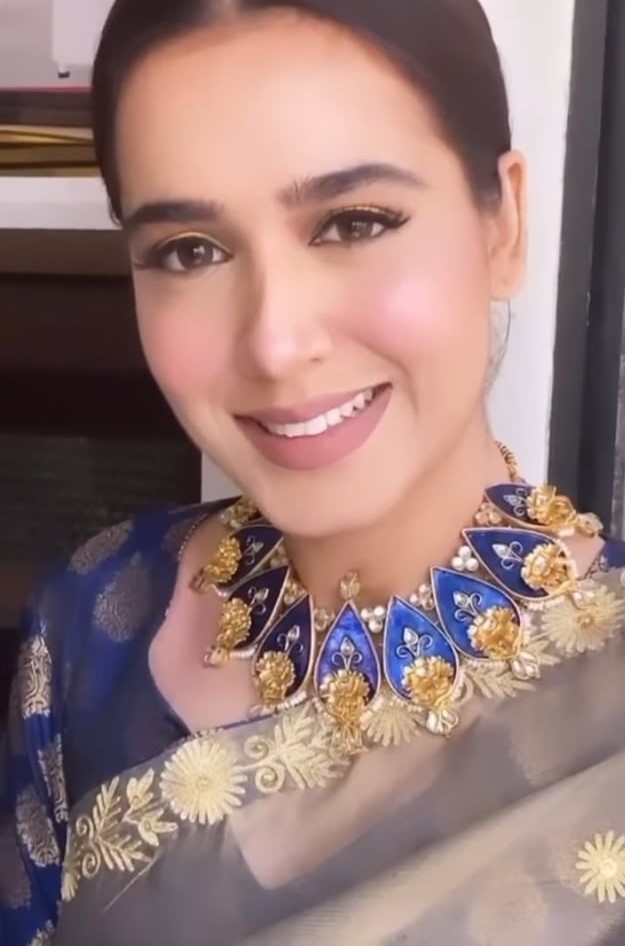