Maria Wasti is a brilliant and gorgeous Pakistani television actress who has performed in numerous hit dramas and made her name. Her outstanding dramas include Kallo, Neend, Boota From Toba Tek Singh and Ashiyana, these dramas gave her instant fame and popularity. Fans admired her on-screen pairing with Saleem Sheikh and Kashif Mehmood and loved her dramas with them. 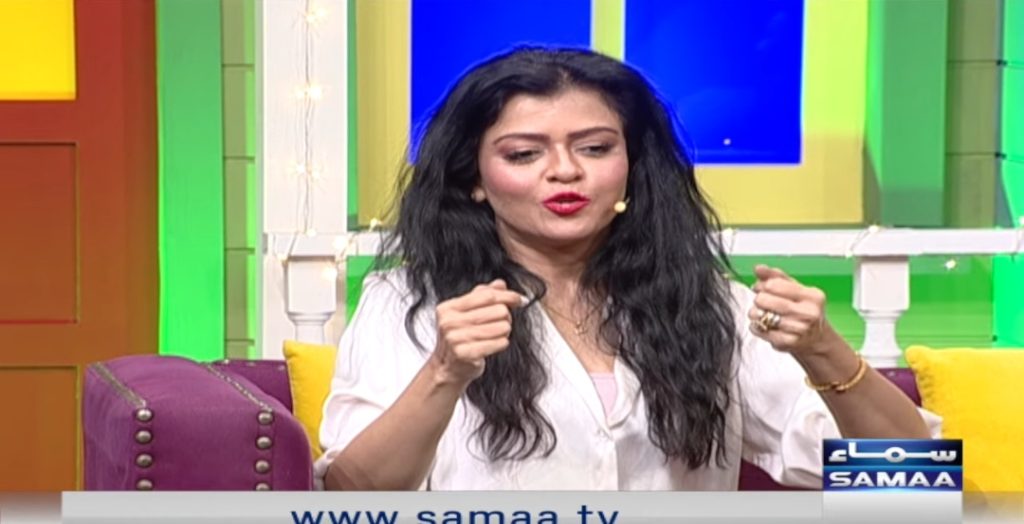 Recently, the actress appeared in the show Super Over with Ahmed Ali Butt in which she talked about Bollywood actors. She narrated a beautiful story about Aamir Khan, Maria Wasti said, “When I was in India with popular Pakistani Ghazal singer Ghulam Ali in a private event at Aamir Khan’s place, Ghulam Ali walked from his seat without wearing his shoes and when he were going back to pick his shoes up, we saw Aamir Khan carrying his shoes up and brought them for him, that’s their specialty, to give respect to legends” Have a look at what she said!

How were the interesting stories shared by the actress about Bollywood actors? Do let us know!