Master Kitchen with Ammara on Urdu 1

Last year the first seasons of two reality shows namely Pakistan Idol (Geo TV) and Masterchef Pakistan (Urdu 1) Pakistan were warmly greeted by television viewers. Sadly no second season of both these shows is announced till this day.

The winner of Pakistan Idol Zamad Baig has vanished some where, however winner of Masterchef Pakistan i.e. Ammara Nauman did appeared in the commercial of Knorr Chicken cubes. This Ramazan, Ammara is coming with her own cooking show as a cooking expert on Urdu1 named as Master Kitchen with Ammara. The show will be hosted by Javeria Abbassi. 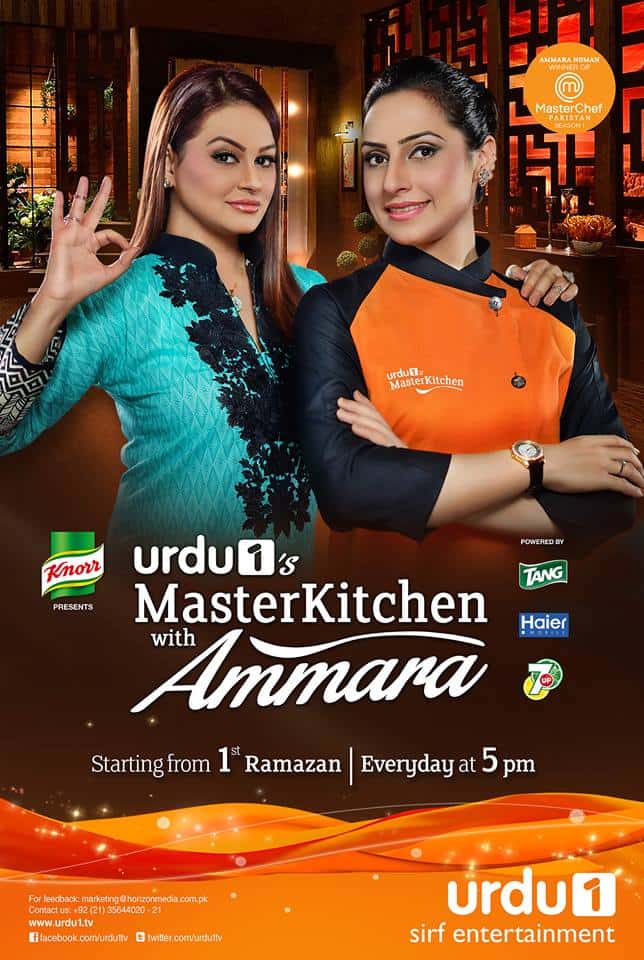