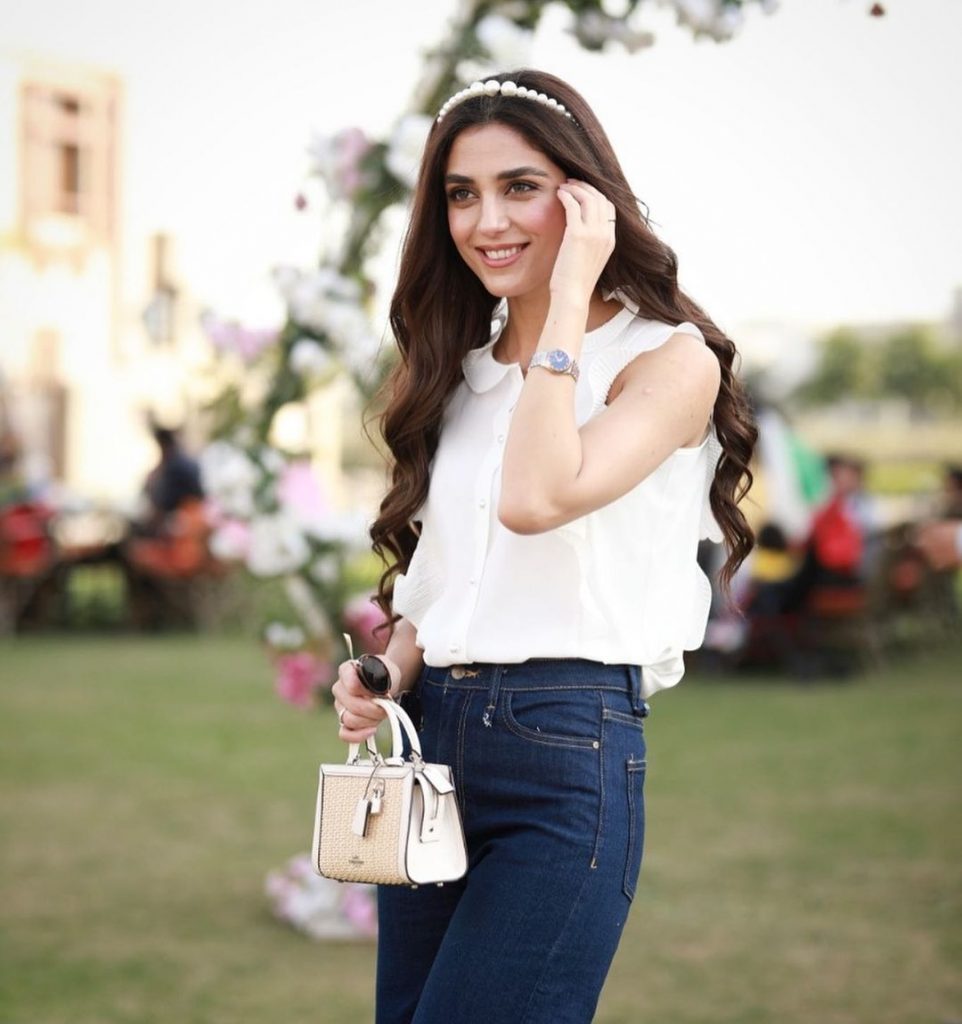 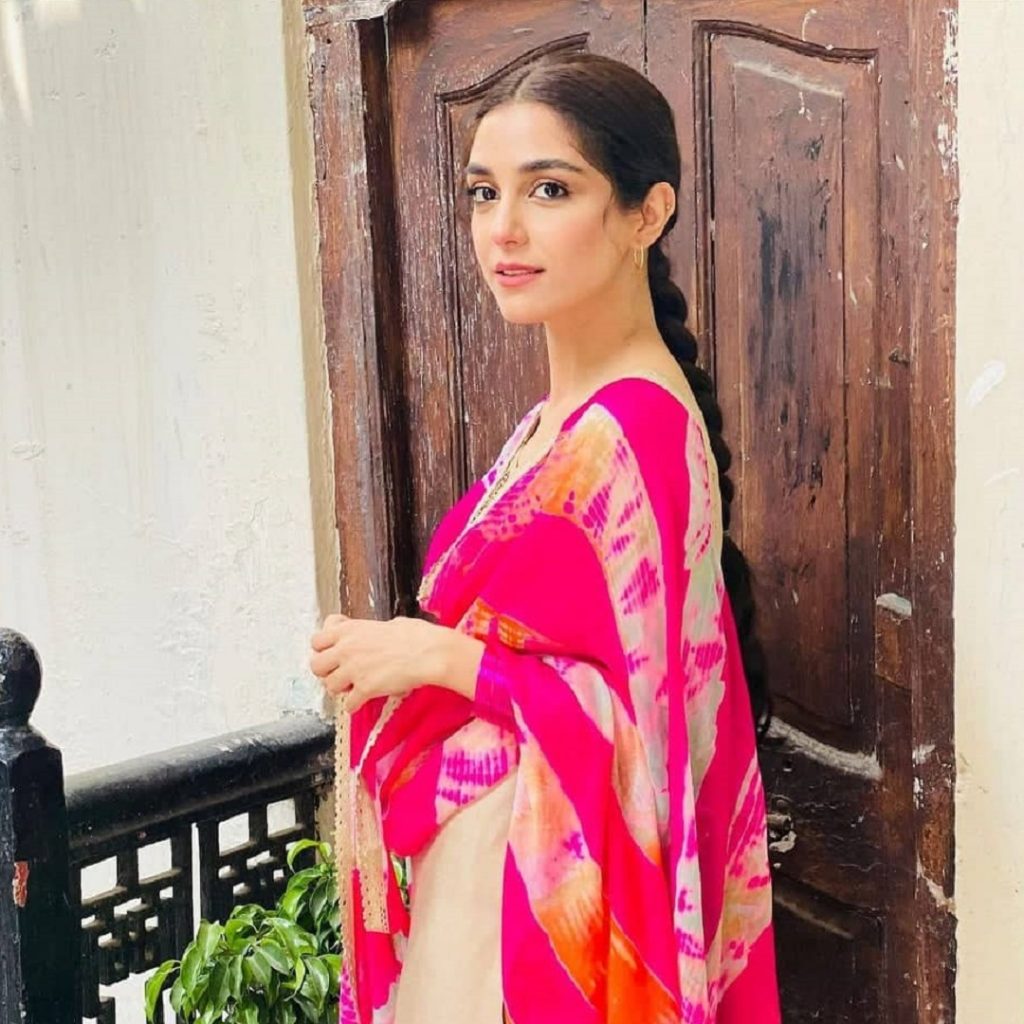 Maya Ali has recently appeared in the popular TV show “Time Out With Ahsan Khan”. She was wearing a beautiful Red Net Saree by her most favorite Designer and closest friend Faiza Saqlain. Her hair and makeup were done by a very talented Rajan Khokhar. Let’s check out how adorable Maya Ali looks while she flaunts the exquisite Red Saree. 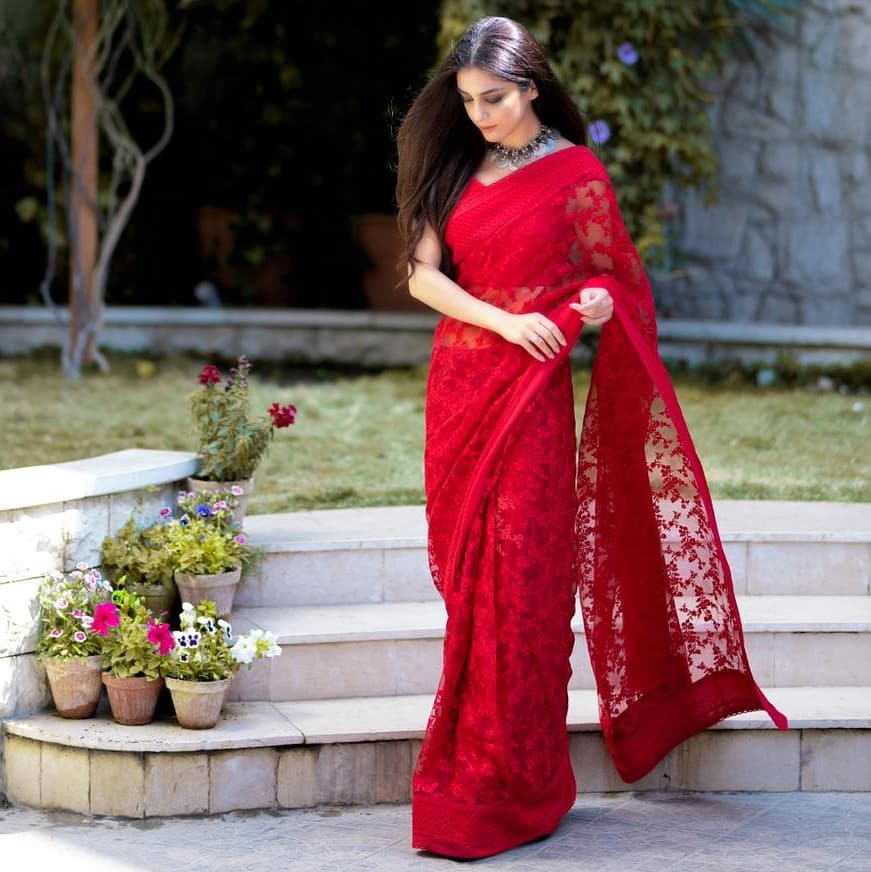 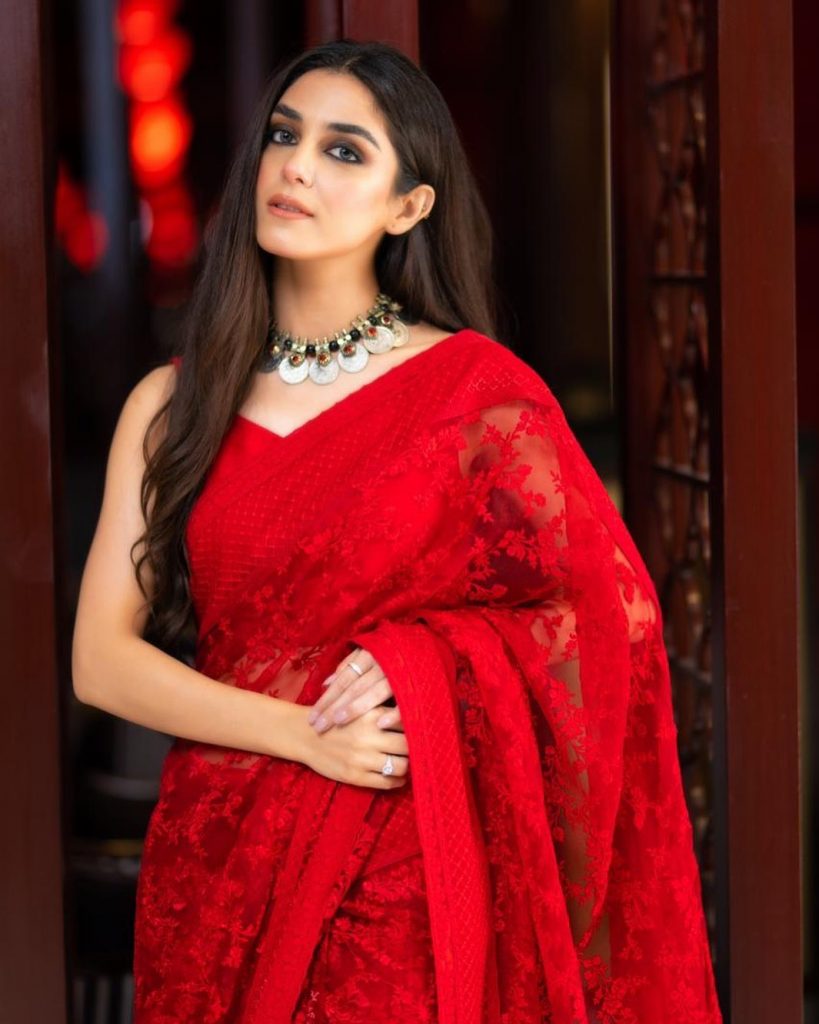 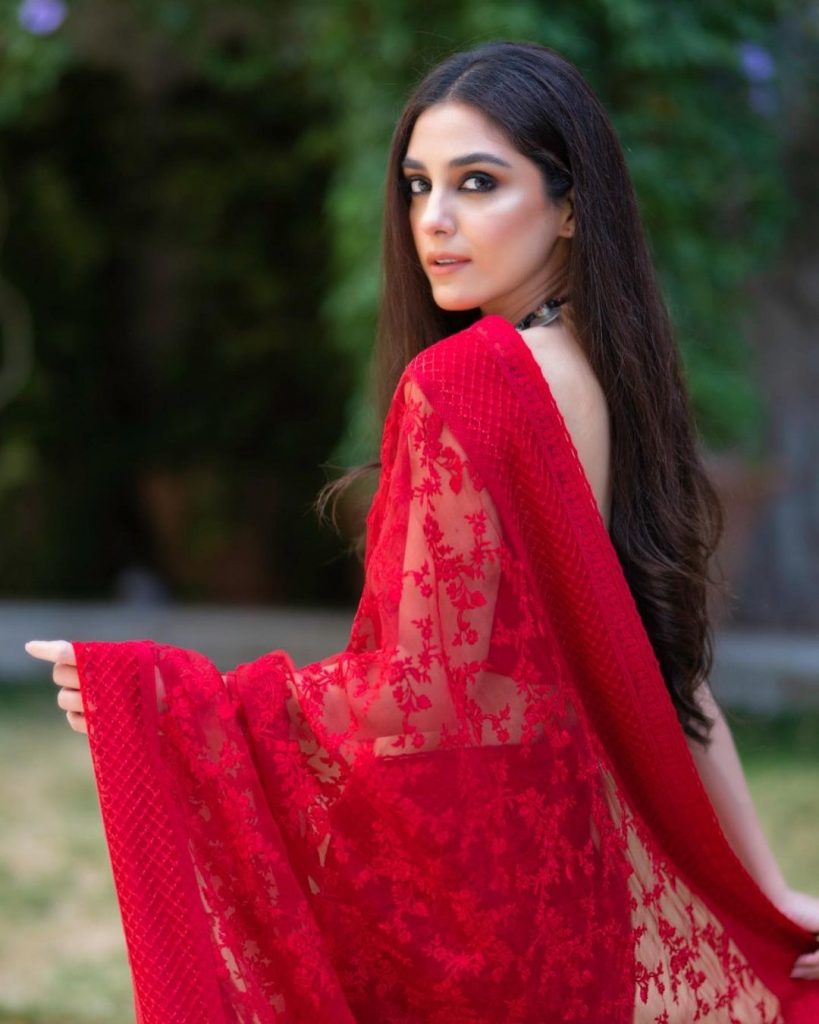 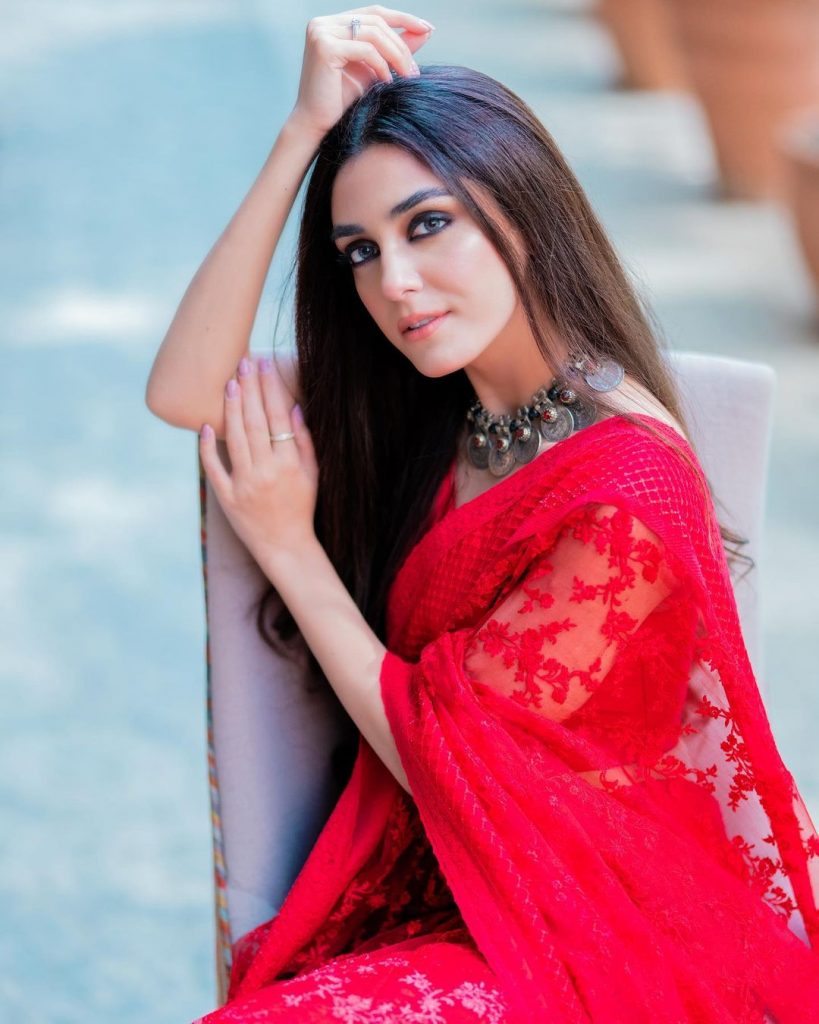 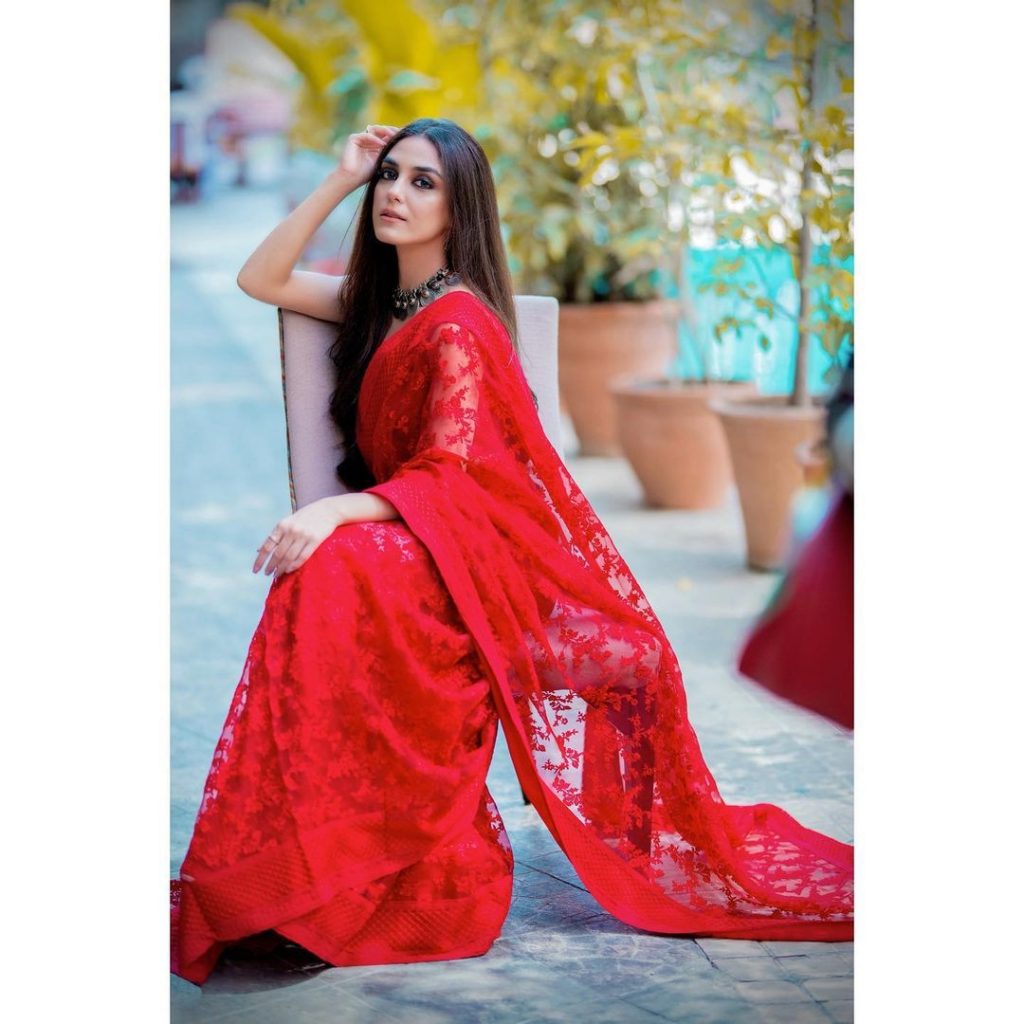 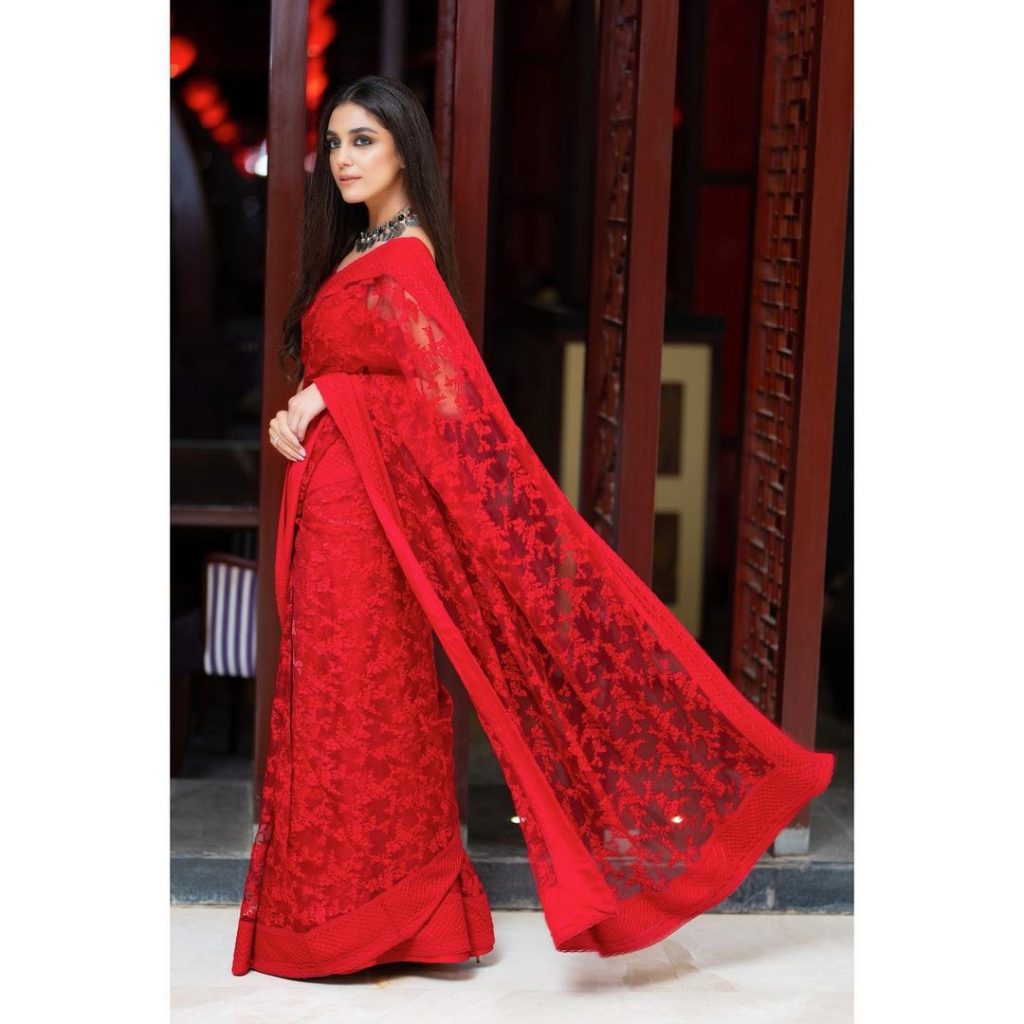 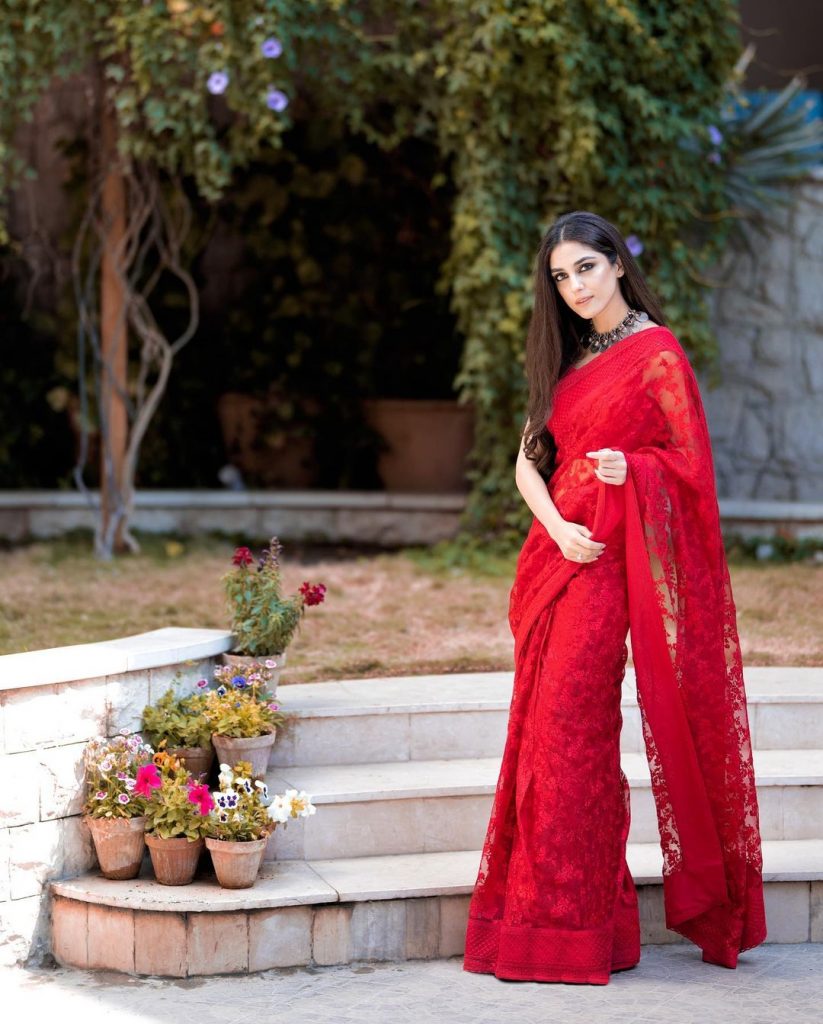 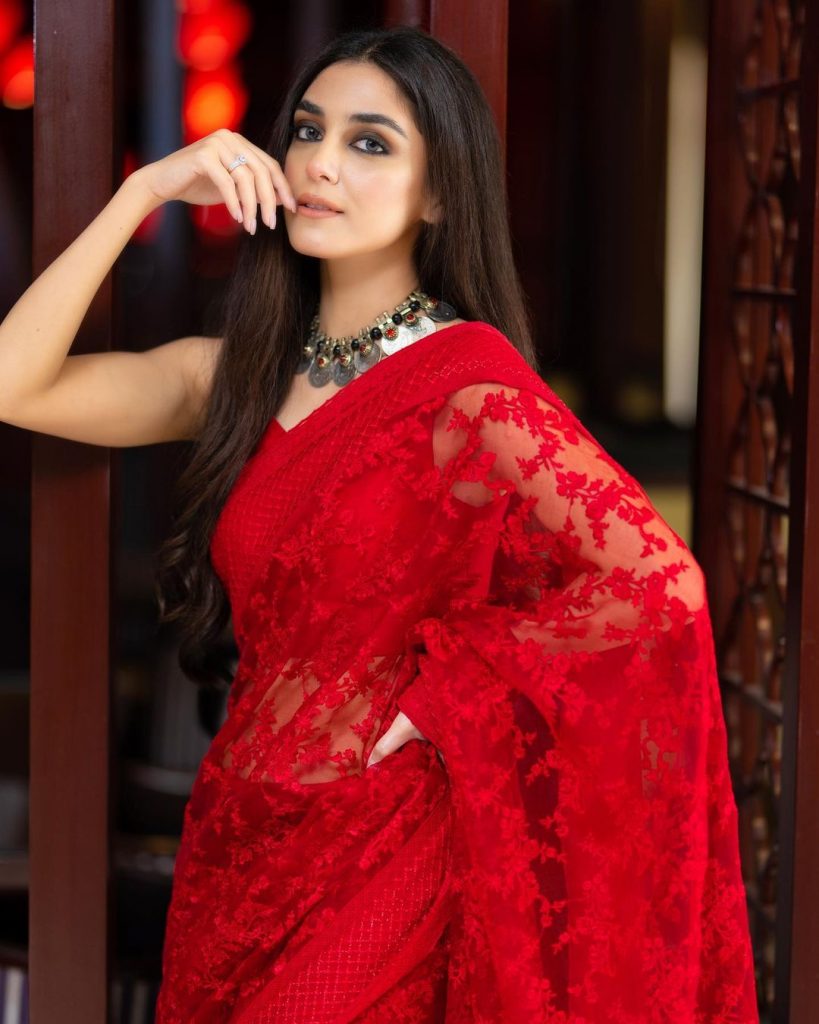 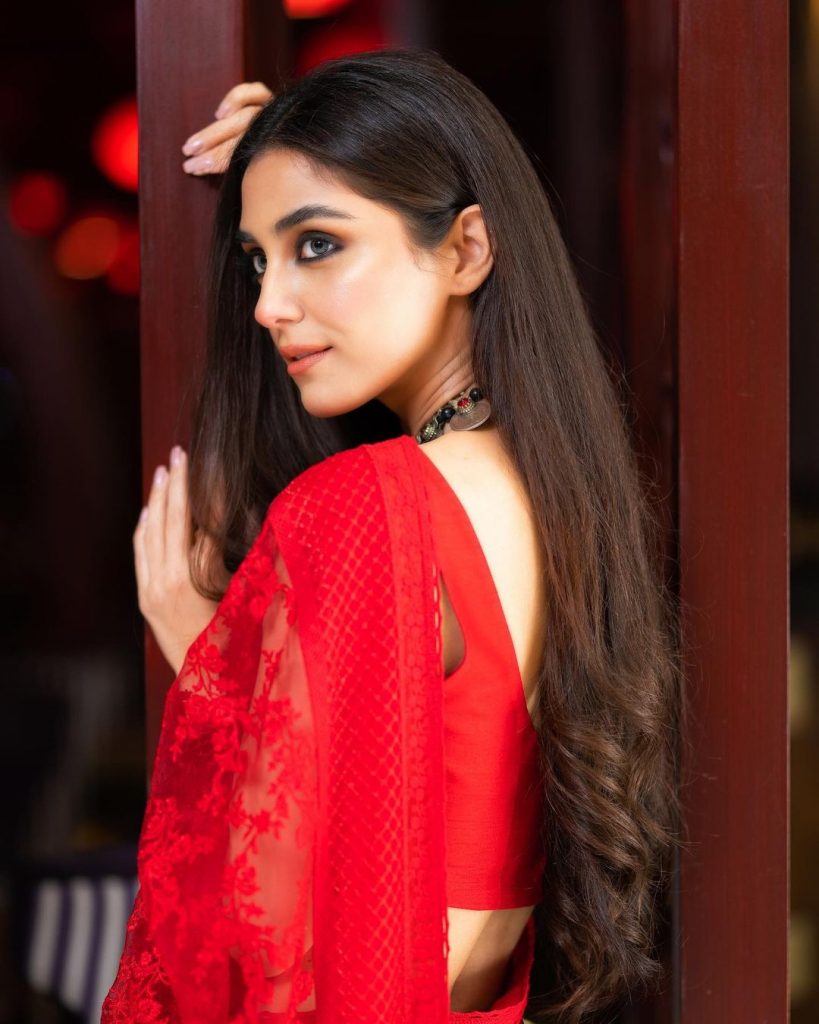