Meera Jee Spotted In Black At An Event

Earlier we had reported that Meera was in the US for sometime for a vacation and she was having a ball of time. Just when she starts to fade from our memories she makes an appearance and reminds us all that she is still there. She was in news last time as the court had asked her to appear in her marriage with Attiq ur Rehman Case.

Although, she had not been doing enough good work for now but she has signed Saqib Malik’s debut film Baaji which revolves around a former actress’ fading stardom. On being asked if the film is based on her real life story, she said that she could relate with a few chunks but it is not entirely based on her life. It also stars Amna Ilyas, Mohsin abbas Haider and Osman Khalid Butt.

Meera spotted with Mathira. They sure look bomb together. Both have been a part of Pakistan’s very own version of Naagin.

Meera pictured with Frieha Altaf who also arranged the event.

Begam Ali Nawazish famed Ali Saleem with Meera Jee. Both were in news when Ali was taken in custody for allegedly possessing liquor in Karachi. 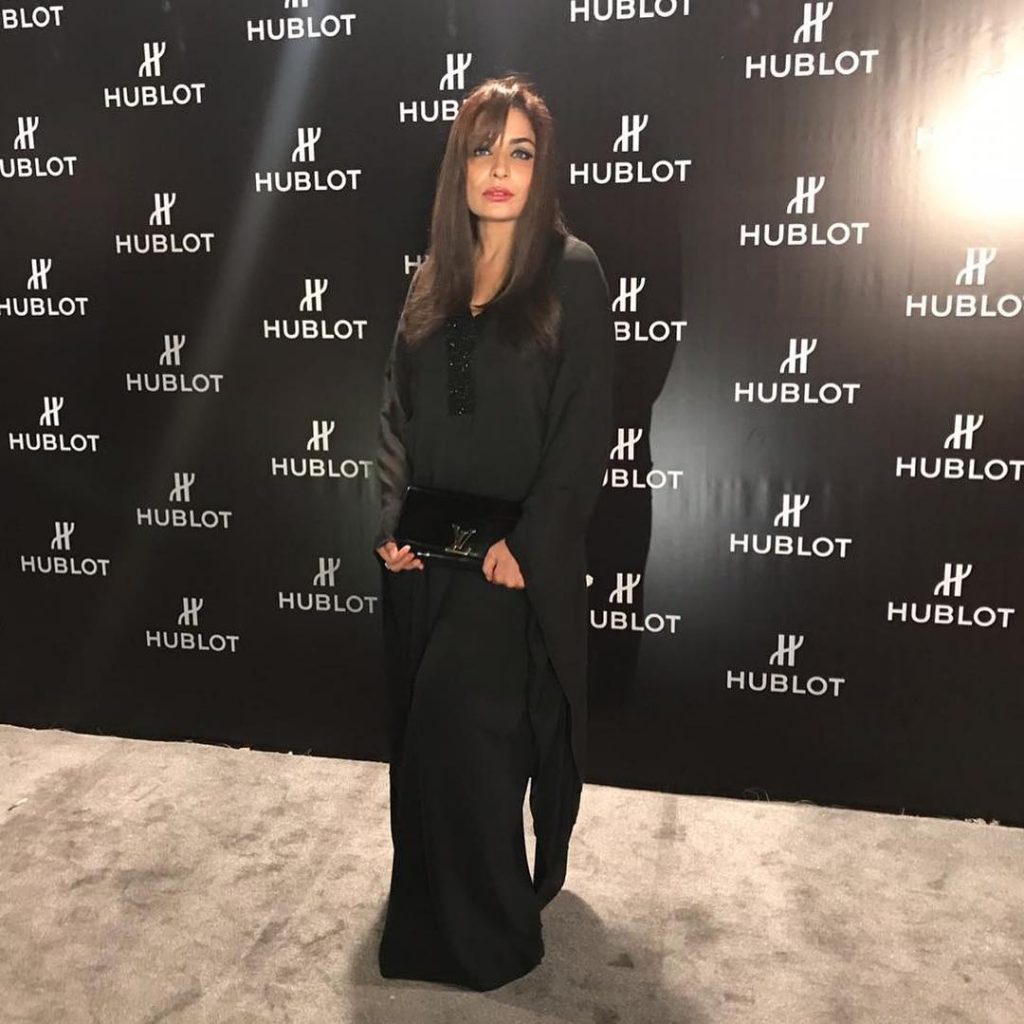 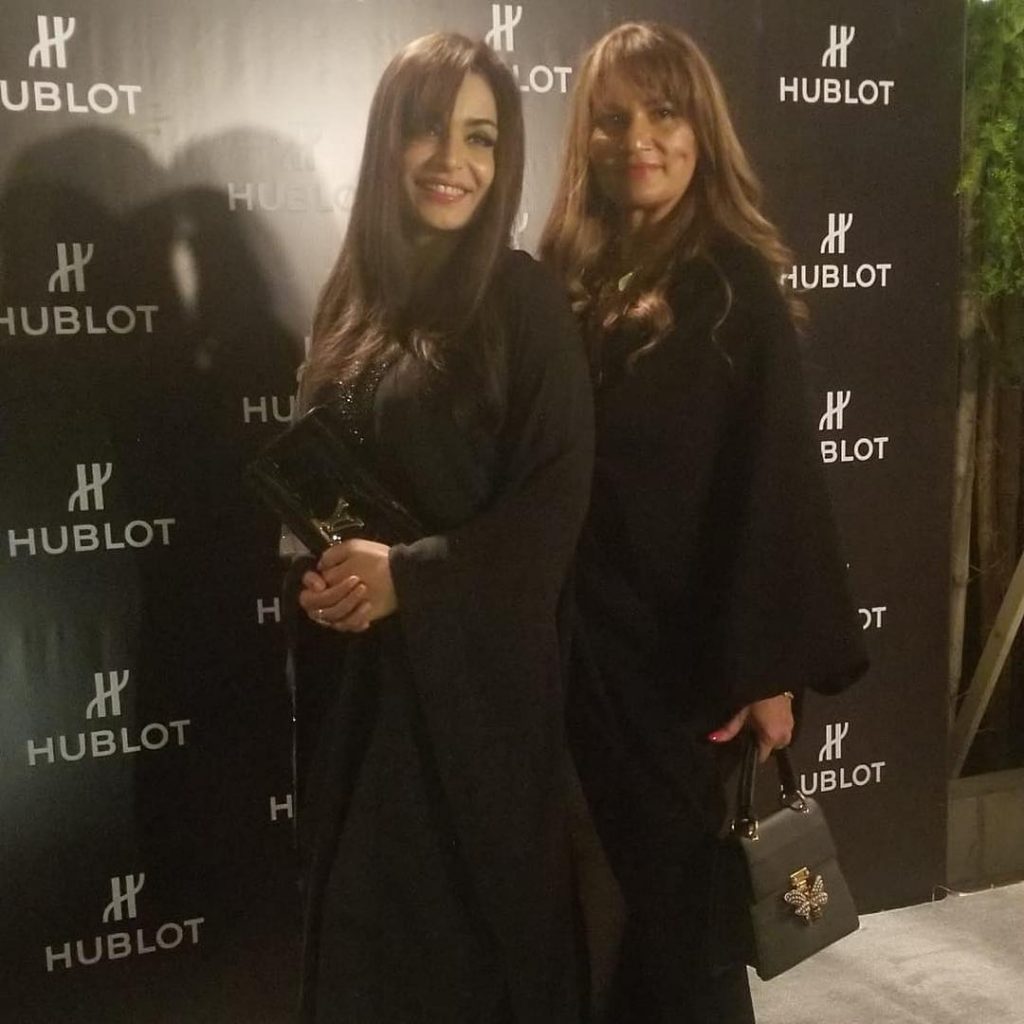 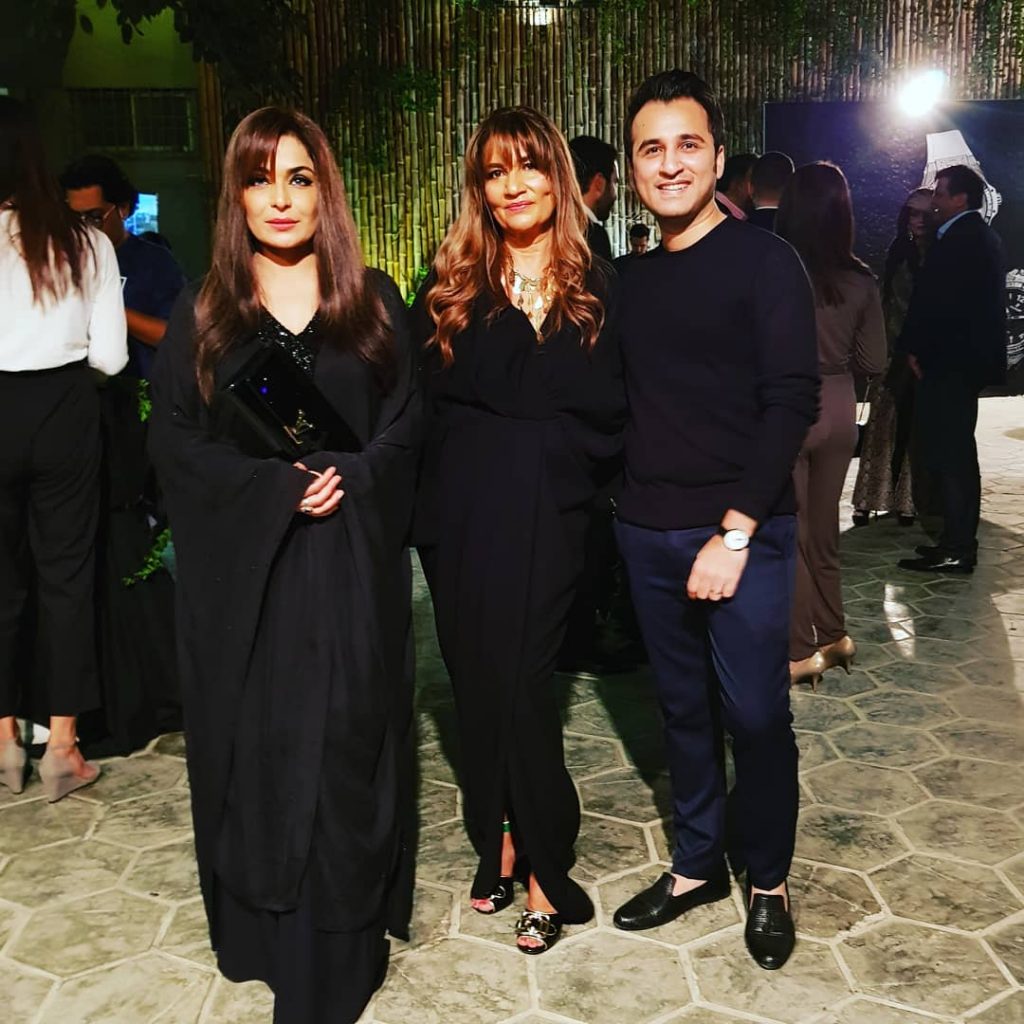