Mehreen Jabbar is one of the most acclaimed and loved directors of Pakistan. She has given some very memorable projects of Pakistan. She has also ventured into movies with films like Ramchand Pakistani and Dobara Phir Se. Her recent project starring Feroze Khan and Yumna Zaidi, Dil Kya Karay is on-air right now on GEO Entertainment. The acclaimed director has announced that she is working on a web series with Fazal Hussain whom she has previously worked with in her critically acclaimed film, Ramchand Pakistani. 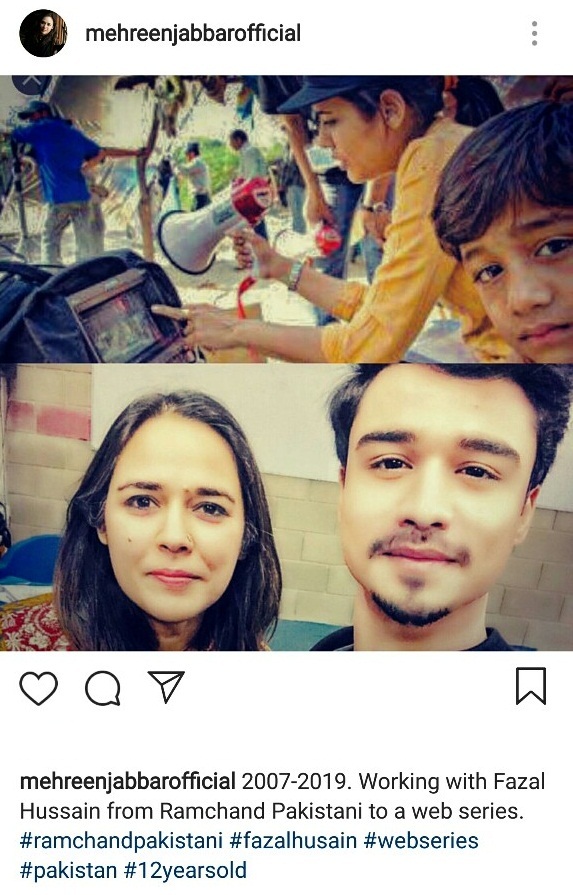 Mehreen Jabbar posted a 12 year old challenge photo as she announced her project on her Instagram. Fazal Hussain is a power house and Mehreen Jabbar knows her work, so naturally, this announcement is huge anticipation for the fans. Let’s see what comes out once the project gets on floors!