Poster Out For Hareem Farooq’s Next Film

Hareem Farooq has made a place for herself as an actress as well as a producer in the industry. She has given several hit dramas and has been a part of hits like Janaan and Parchi where she was also the leading lady in the latter. Hareem Farooq has paired up greatly with Ali Rehman Khan in her projects like Diyar e Dil and her last film Parchi. Their latest drama that hit the screens was Main Khayal Hoon Kisi Aur Ka which did not garner many positive reviews from the viewers. The couple, however, will be seen together in a film and the poster is out. Their upcoming film is titled Heer Maan Jaa and looks like a romantic comedy. 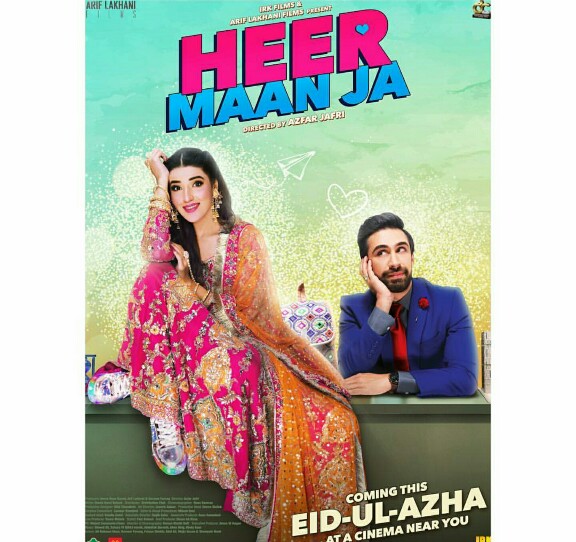 Ali Rehman Khan looks clean in a suit while Hareem is seen in bridal wear and sneakers. Heer Maan Jaa looks like a romantic comedy. This will be an Eid ul Adha release and looks like it will be able to attract attention. Let’s wait and see how Heer Maan Jaa goes with the audiences!