Mehwish Hayat’s Tamgha-e-Imtiaz – Why Is It So Controversial

Mehwish Hayat was not the only Pakistani celebrity this year who was awarded Tamgha-e-Imtiaz but she is the only celebrity who had to face serious backlash for it. Tamgha-e-Imtiaz literally means medal of excellence, it is the fourth highest award in the civilian sector. Any celebrity who receives this award naturally is recognized as a class apart, someone who has proved his/her mettle in their respective field. It is obviously a great honor for any celebrity to be given this award. Some of the most veteran celebrities have not been given the Tamgha-e-Imtiaz even though they have contributed a great deal to the entertainment industry. This should have been a proud moment for Mehwish but it was turned into something entirely different because of the reactions by the public.

Why Is It Controversial?

It all started with an article on a popular website in which the reasons behind Mehwish Hayat getting this award were questioned in a way which wasn’t acceptable for Mehwish Hayat. When she decided not to ignore these accusations and replied to this post, she definitely did not expect the kind of criticism she had to face in the days to come. Mahira Khan along with many other celebrities supported Mehwish Hayat and there were many celebrities who thought that Mehwish Hayat was being targeted because she was a female. Considering the fact that Mehwish Hayat was not the only female celebrity who was given this award, it is safe to say that this argument is completely baseless. 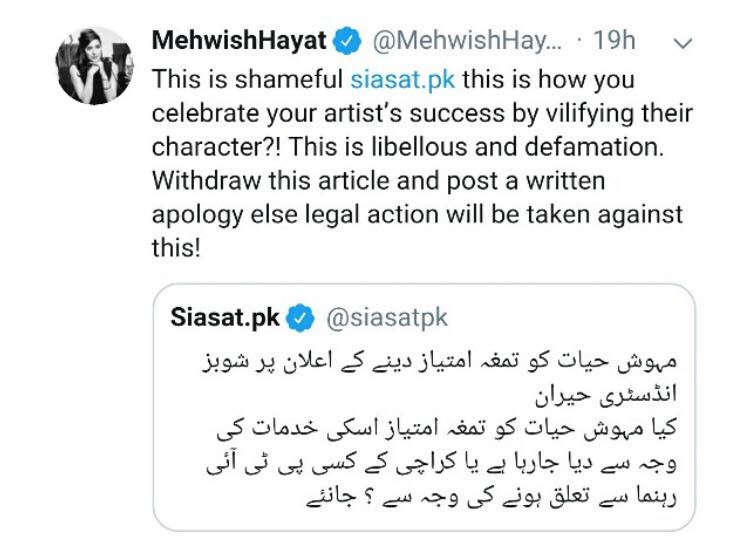 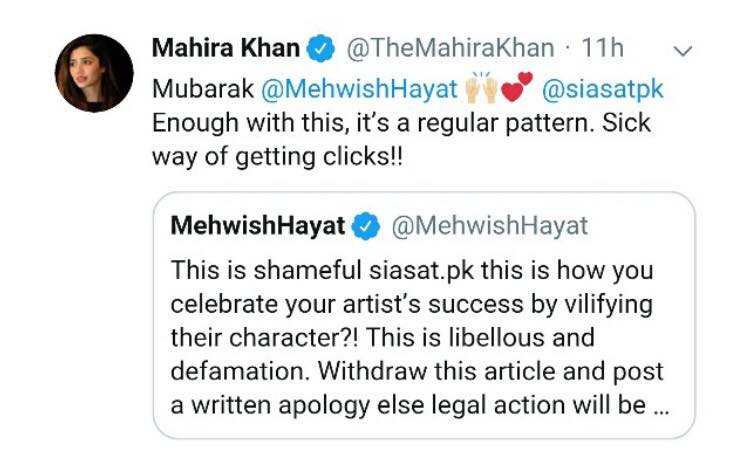 The only reason why this award turned into a huge controversy was because majority of the people think that there are actors who are more talented then Mehwish Hayat and they have contributed more to the entertainment sector hence they were more deserving. The first argument therefore is that Mehwish Hayat simply does not deserve this award because she has not done enough to reach those limits of excellence. 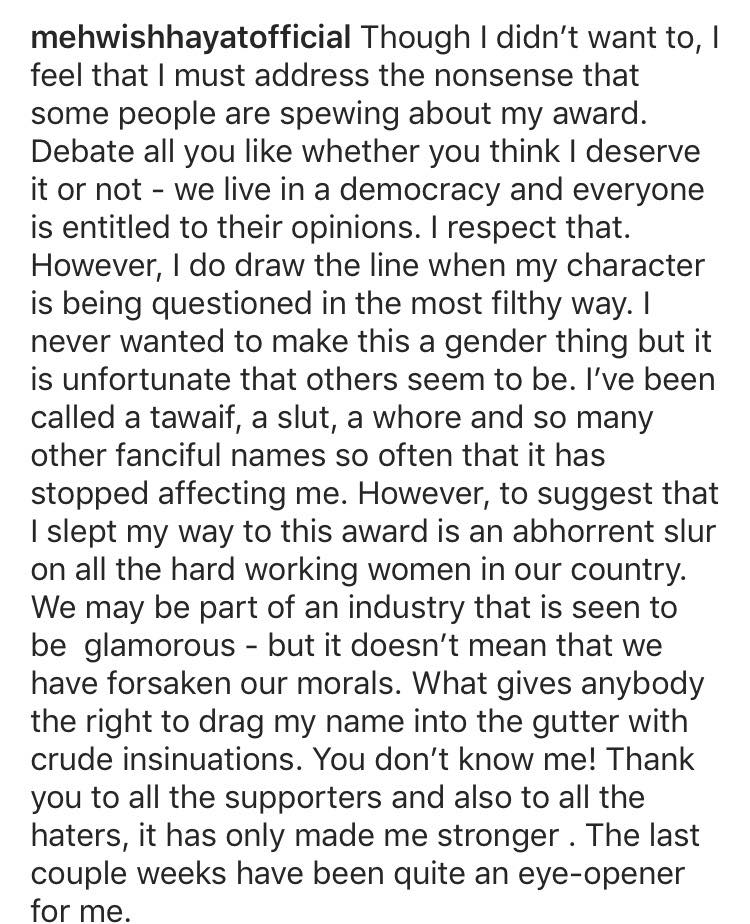 The second biggest reason why this award became controversial is that Mehwish Hayat did not sit back and listen to the criticism silently. When Mehwish decided to answer back and use whatever means she could to garner support for herself things turned even more ugly. Choosing to ignore the criticism and the accusations wouldn’t have been easy but if it was done then the negativity would not have been highlighted the way it was when Mehwish decided she needed to do something about it. 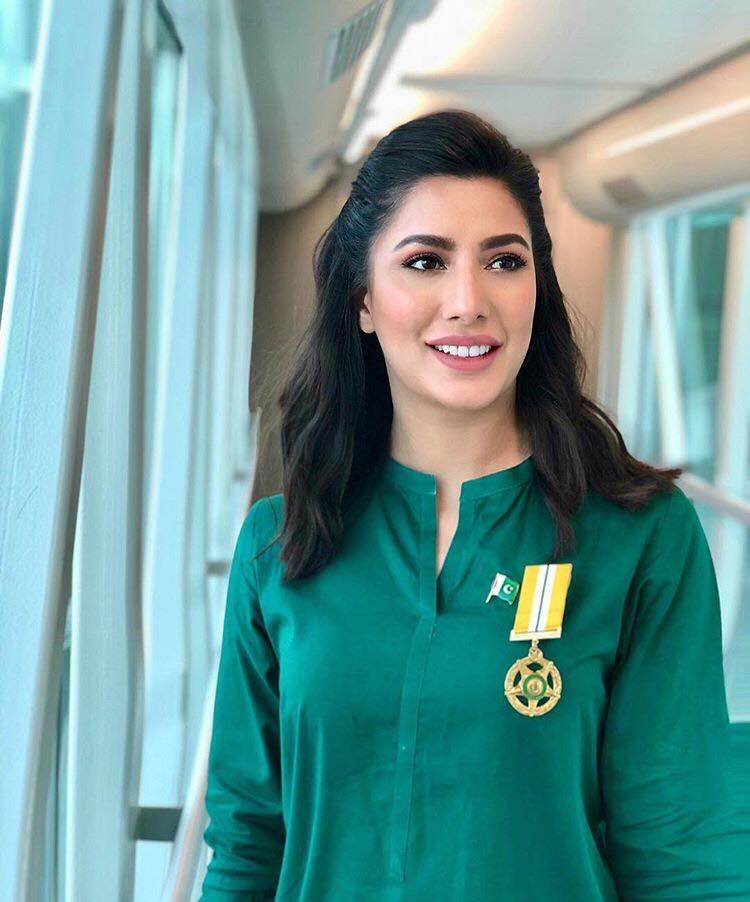 This is not the first time that a female celebrity’s character has been questioned by the public but this time, the timing has been such that it has been more talked about and conspicuous. 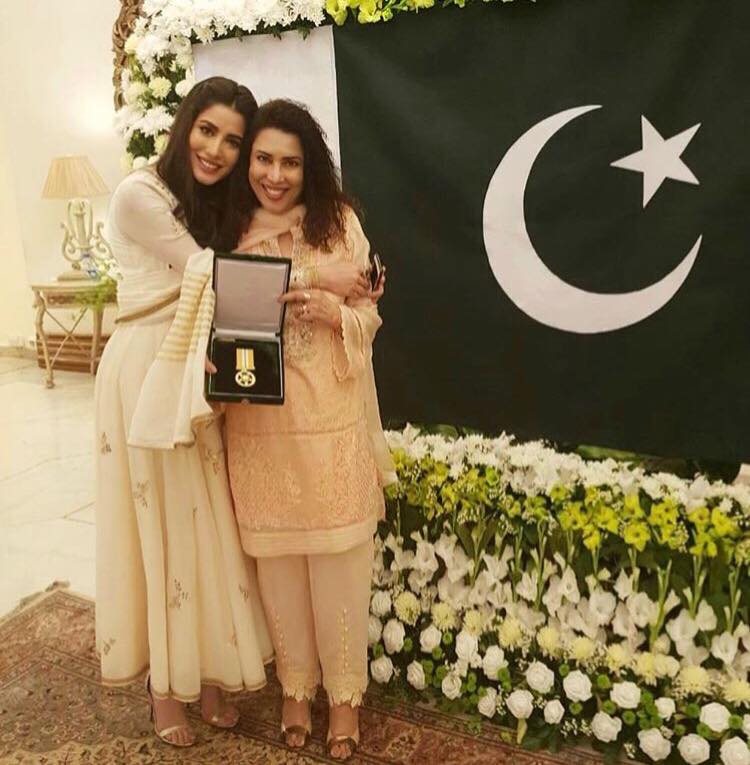 Does Mehwish Hayat deserve this award? What in your opinion is the basic reason for this backlash? Please share your thoughts in the comments section.