Mehar Bano is a very famous Pakistani television and film actor. Mehar has performed in hit dramas including Lashkara, Mere Humnasheen and Churails. Actress Mehar Bano remains in news for her controversial thoughts, bold videos and her vocal personality, she maintains a solid stance about Feminism as well. 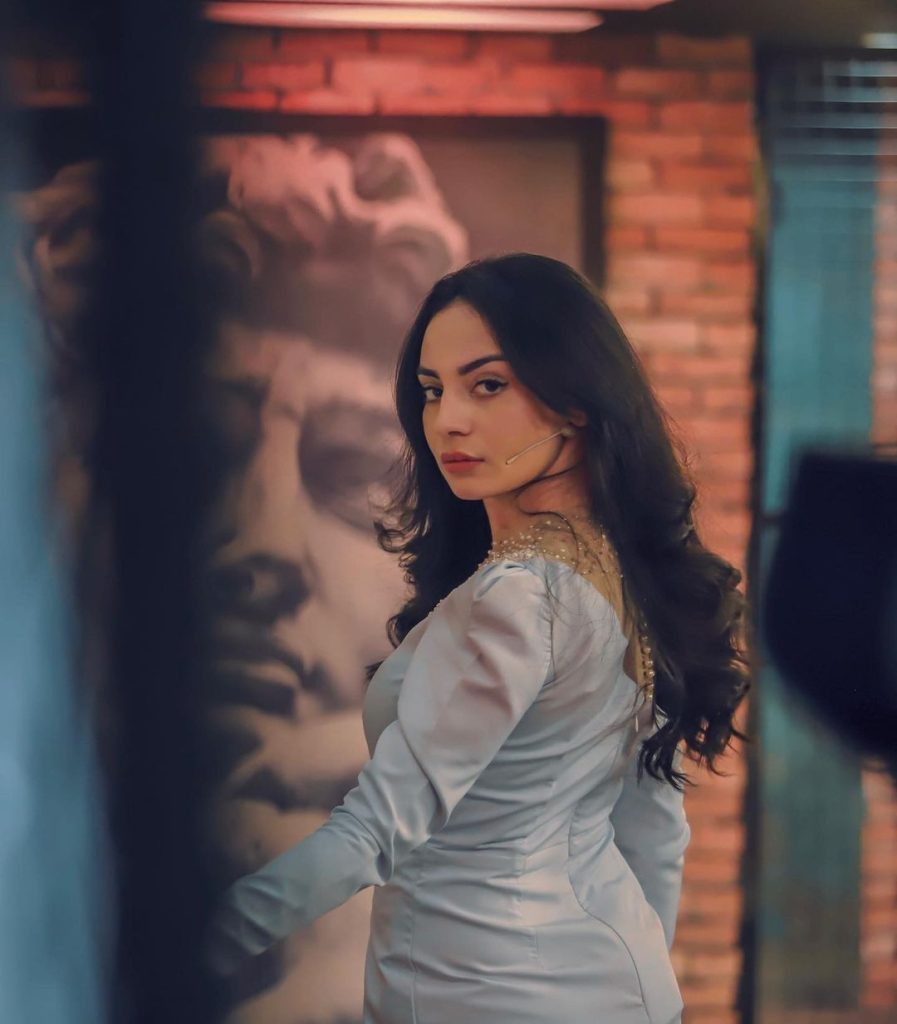 Few months ago, the Lashkara actress got engaged to popular Pakistani producer Shahrukh Kazim Ali. The pictures from her engagement event also went viral. The engagement event was a private family affair. 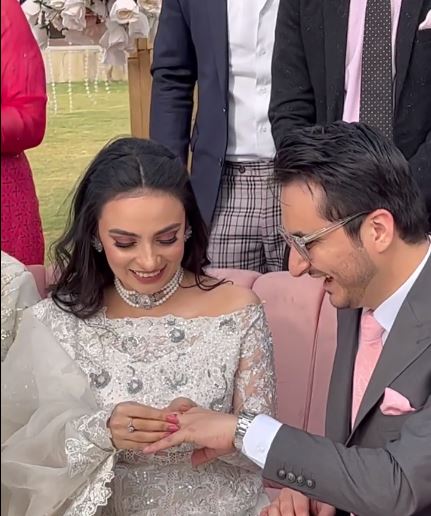 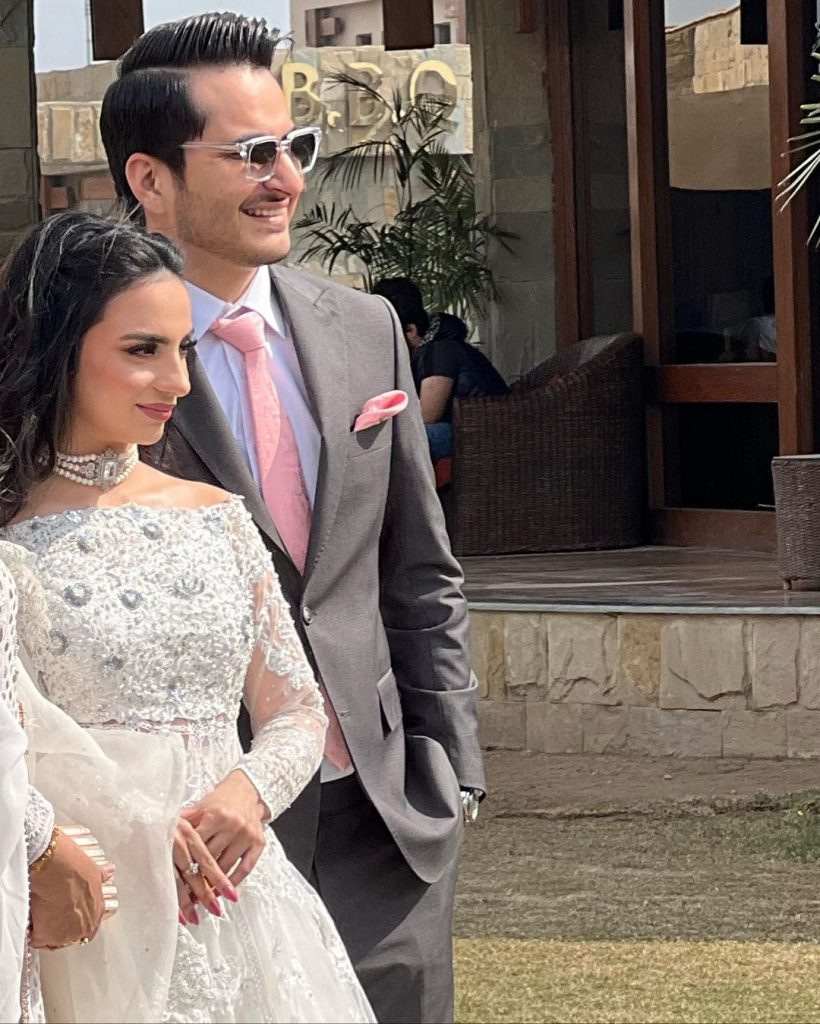 Now, it has been reported that Mere Humnasheen actress Mehar Bano has gotten Nikkahfied in a private family affair. She didn’t disclose anything about her marriage. Mehar Bano’s make up artist Saad Samie has opened up about her wedding and he has shared her Mehndi and Barat looks. She’s looking extremely beautiful and gorgeous. Here are pictures followed by the videos. 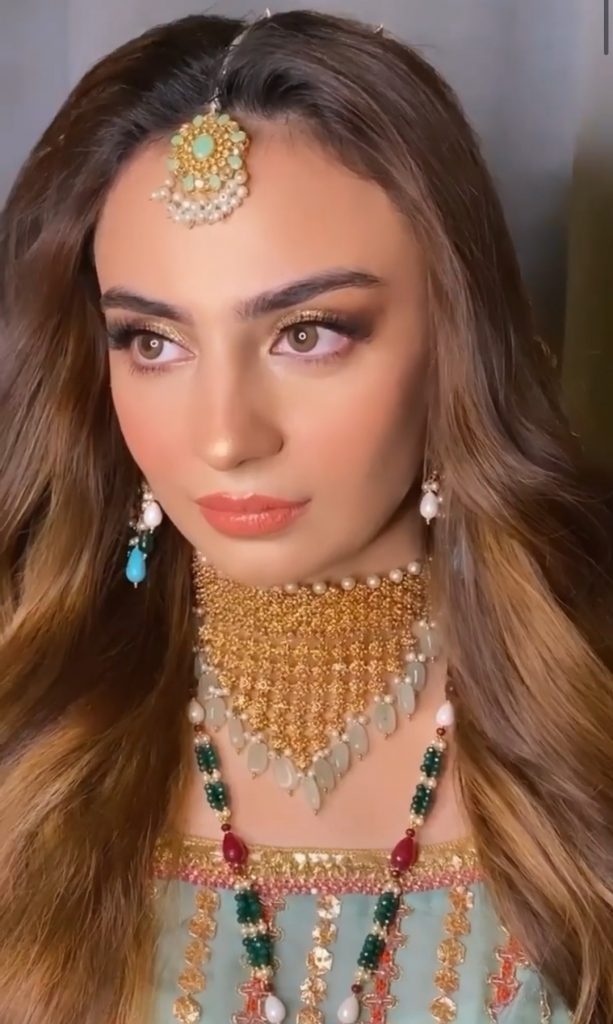 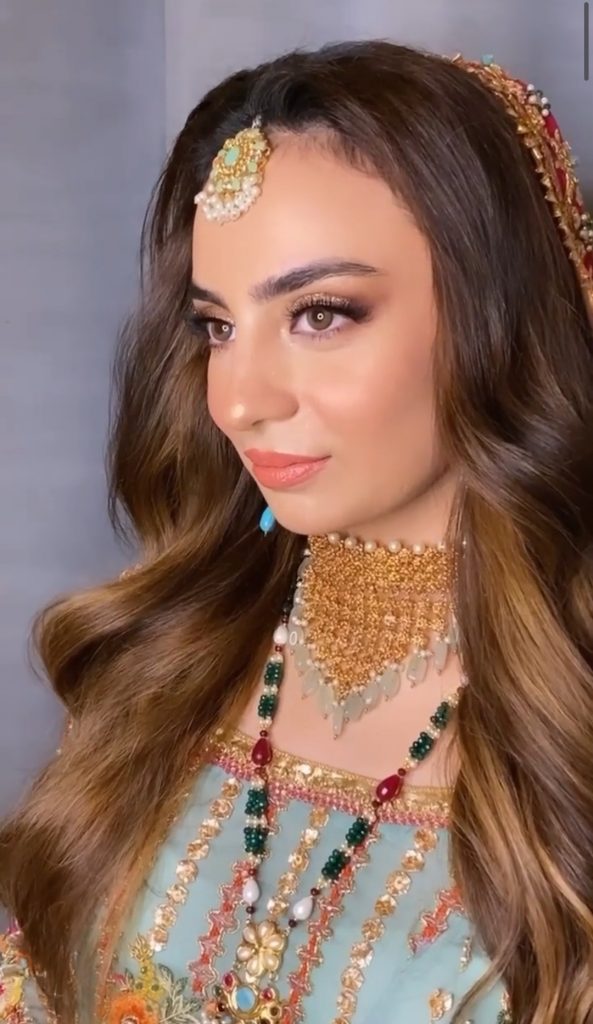 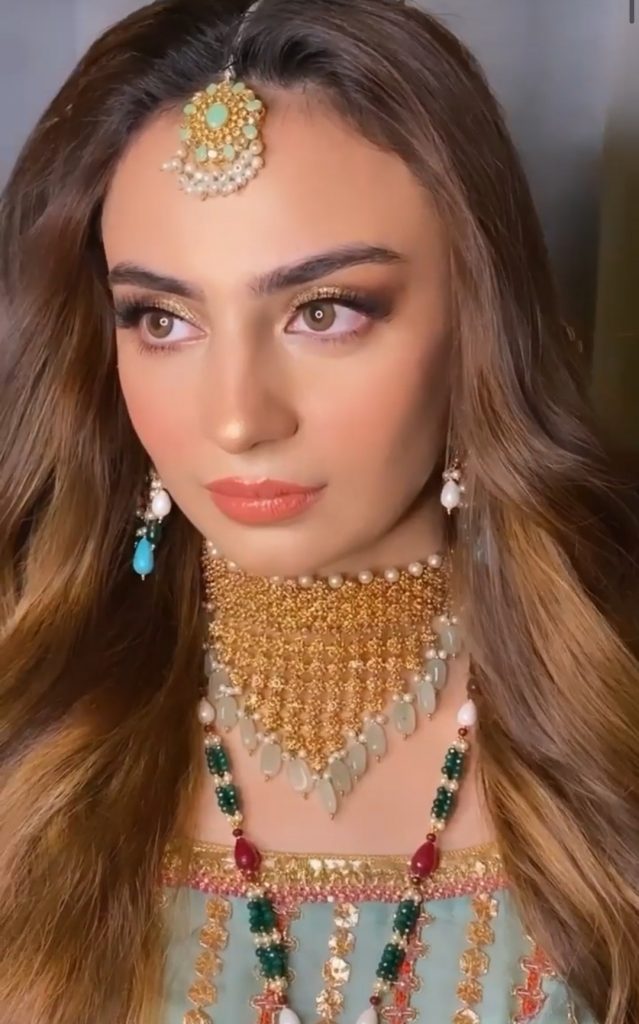 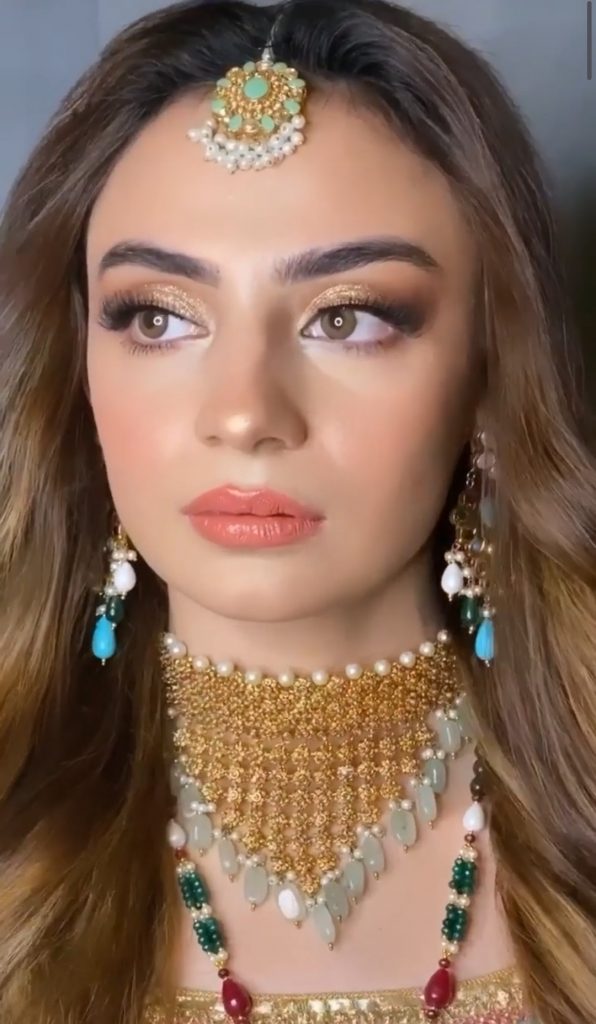 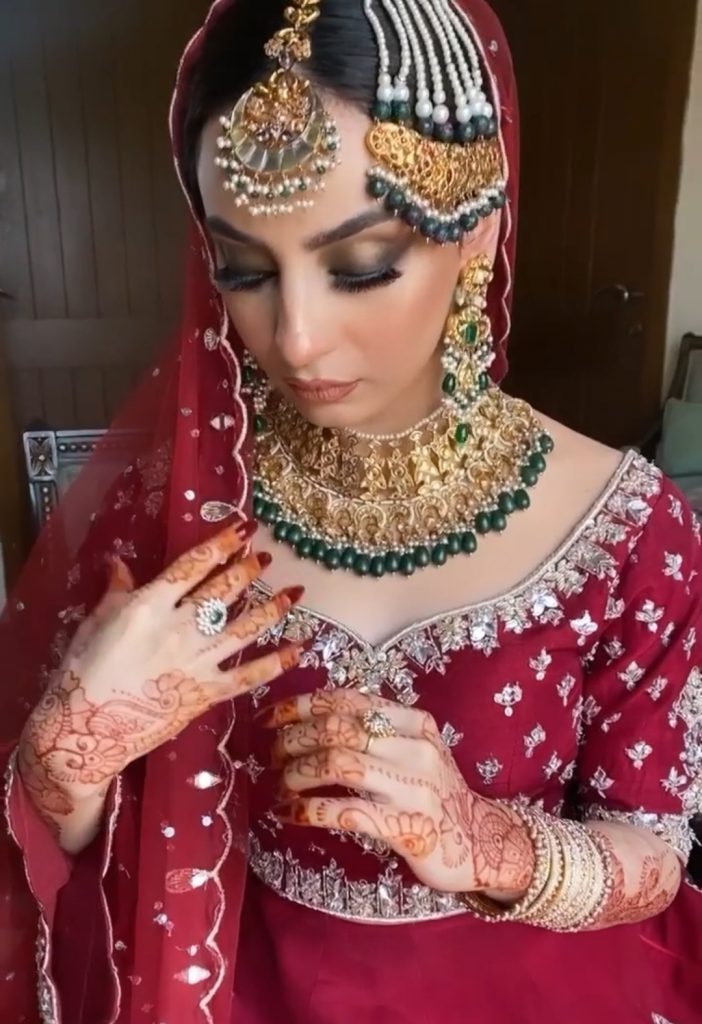 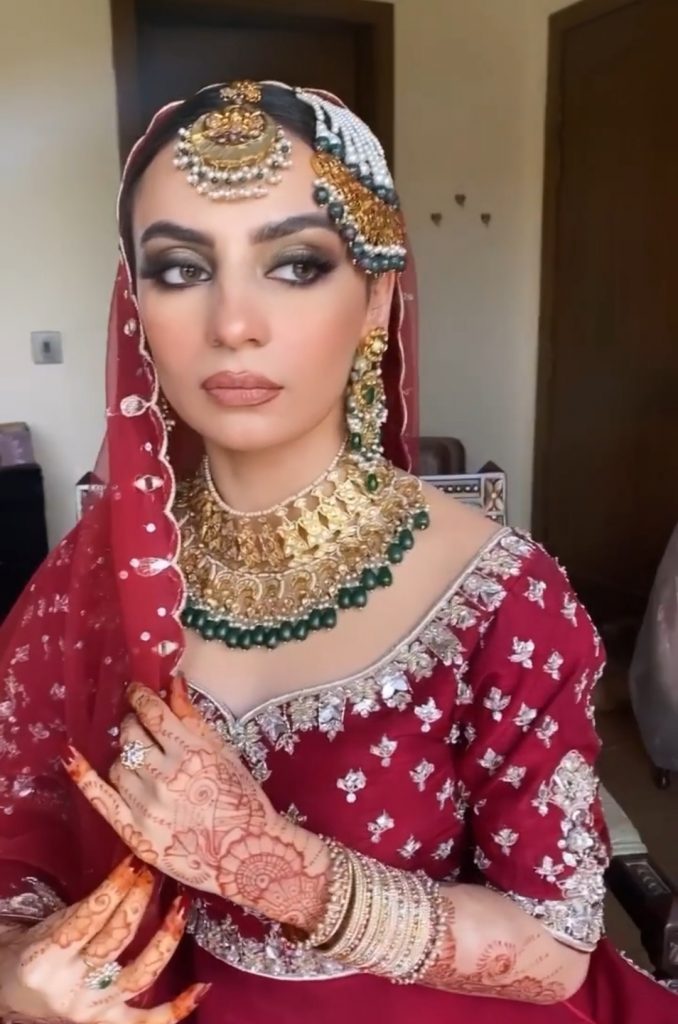 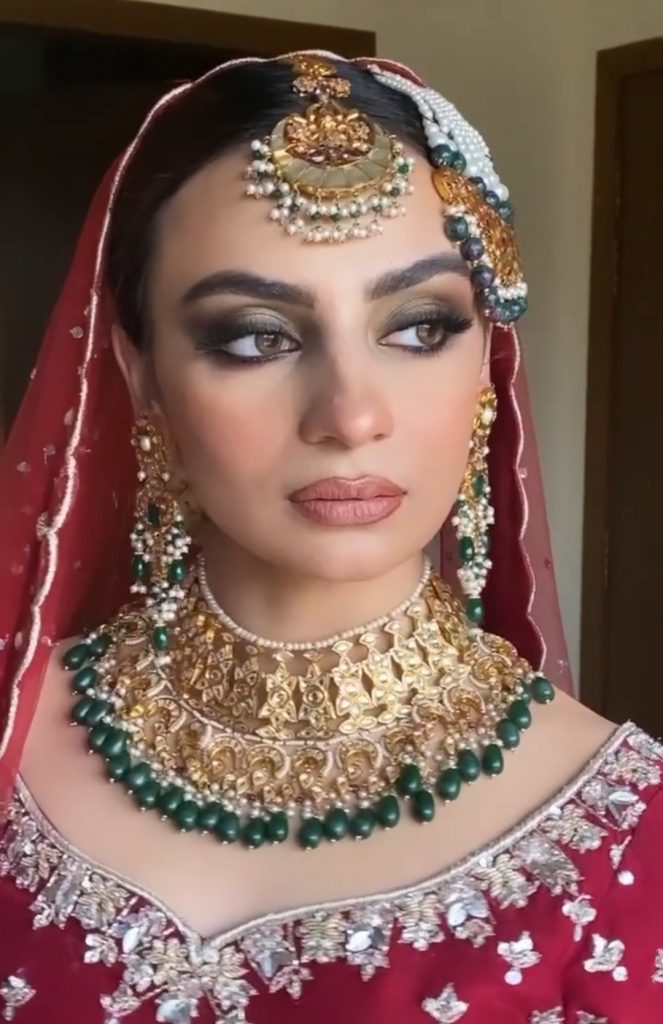 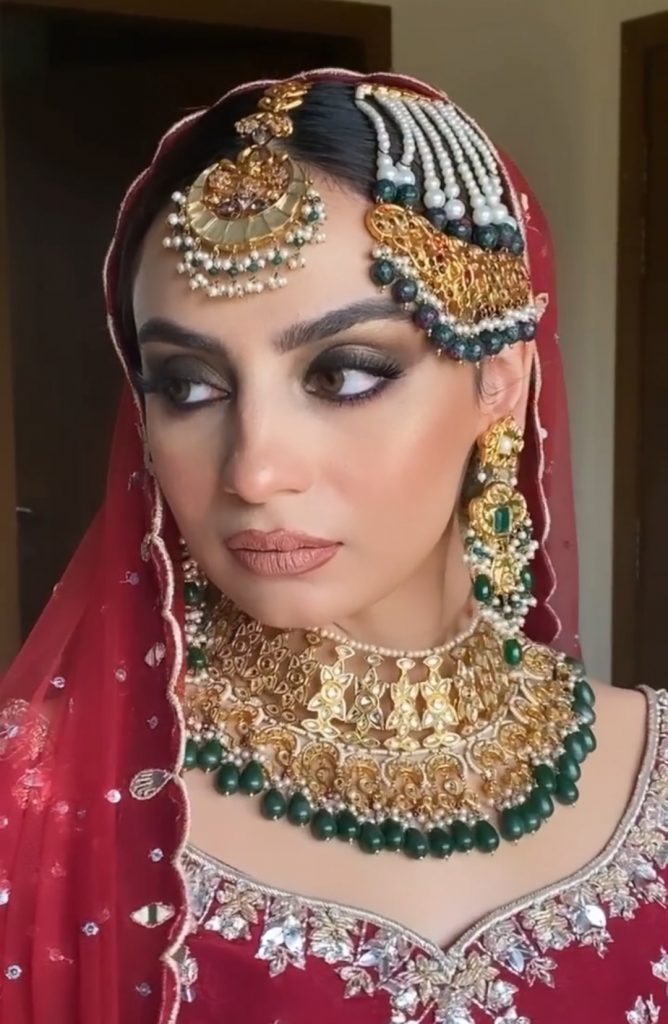 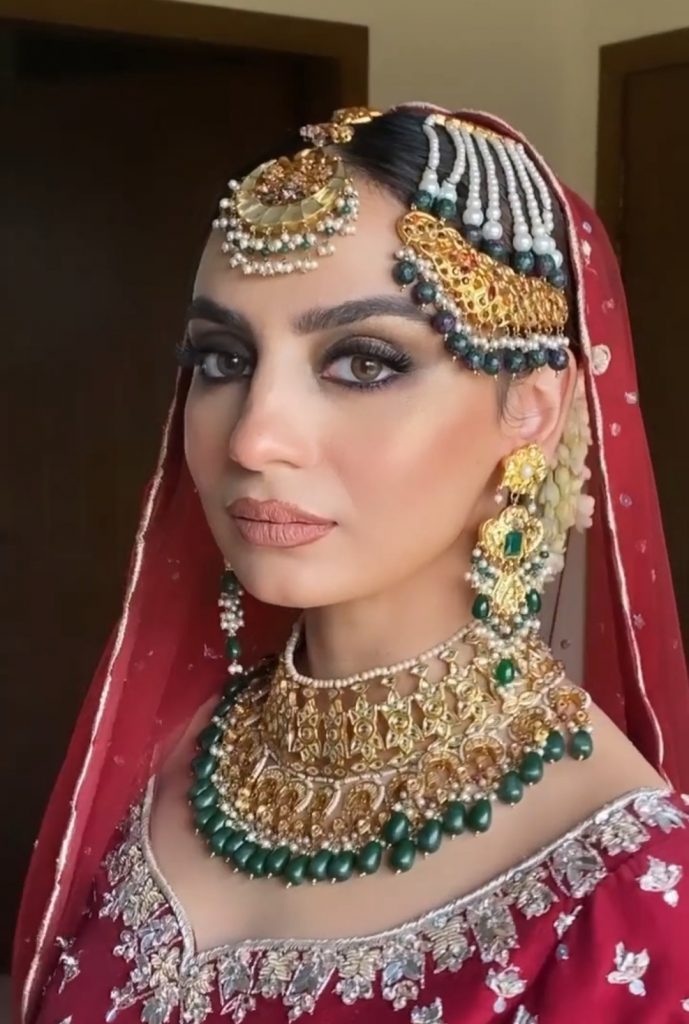 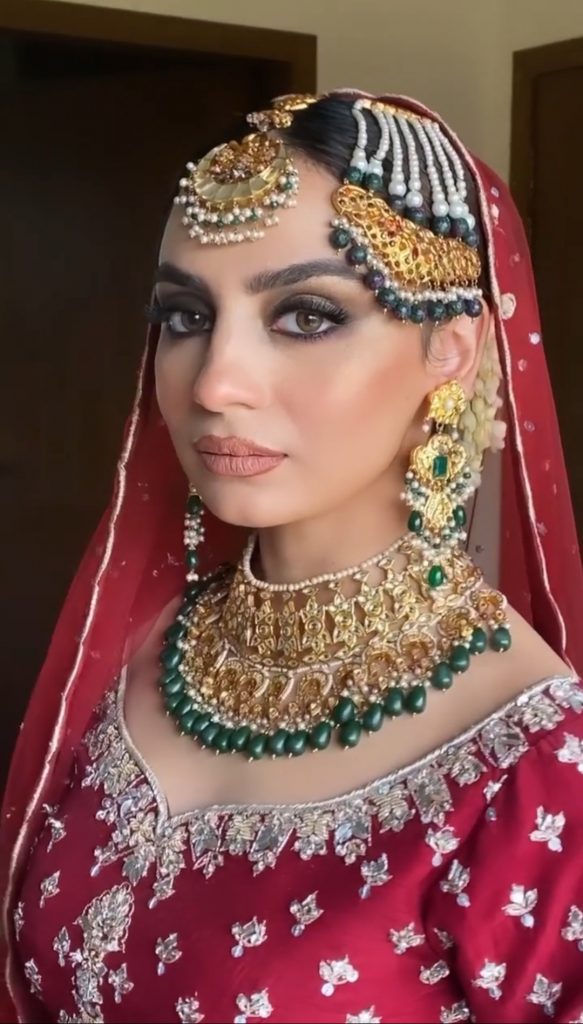