In the second episode of Star Iftar, we saw Mikaal Zulfiqaar, who, in the words of Sarmad Khoosat, is haseen o jameel inside and out.
Sarmad Khoosat and Mikaal have worked together in several projects but the ones that immediately come to mind are Pani Jaisa Pyar and Shehr-e-Zaat.

Chatting with Sarmad Khoosat, Mikaal revealed that he used to be a big foodie and there was a time when food was his extravaganza. Mikaal oh-so-casually spoke about having dinner at Gordon Ramsay’s – yes Gordon Ramsay!!

Talking about his work, Mikaal said that he has a couple of TV serials on-air while one or two are in the pipeline. He also talked about venturing into films. He has started to work as a producer (he produced drama serial Tum Mere Kia Ho on PTV) and now he is thinking of producing a film but he can’t reveal further details until he is sure. 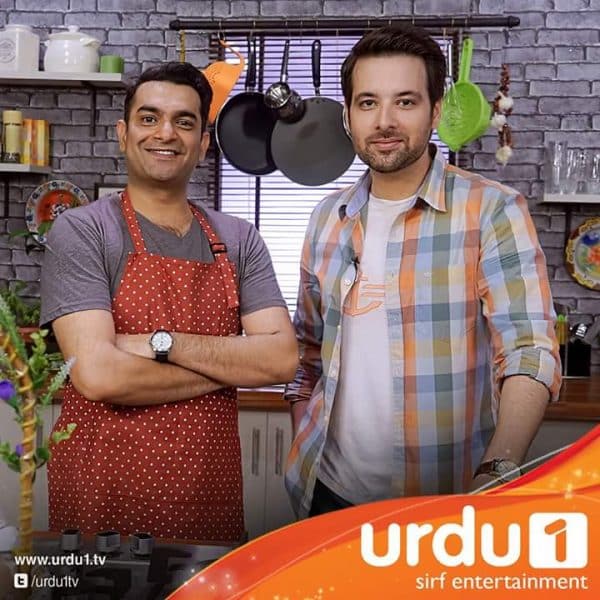