Minal Kha is a young and gorgeous Pakistani actress and model who stared her showbiz journey as a child star but today she’s recognized as one of the leading actress of Pakistan. Minal Khan often remains under the limelight for several reasons. Minal is married to Ahsan Mohsin Ikram who also belongs to showbiz industry and runs his own business. 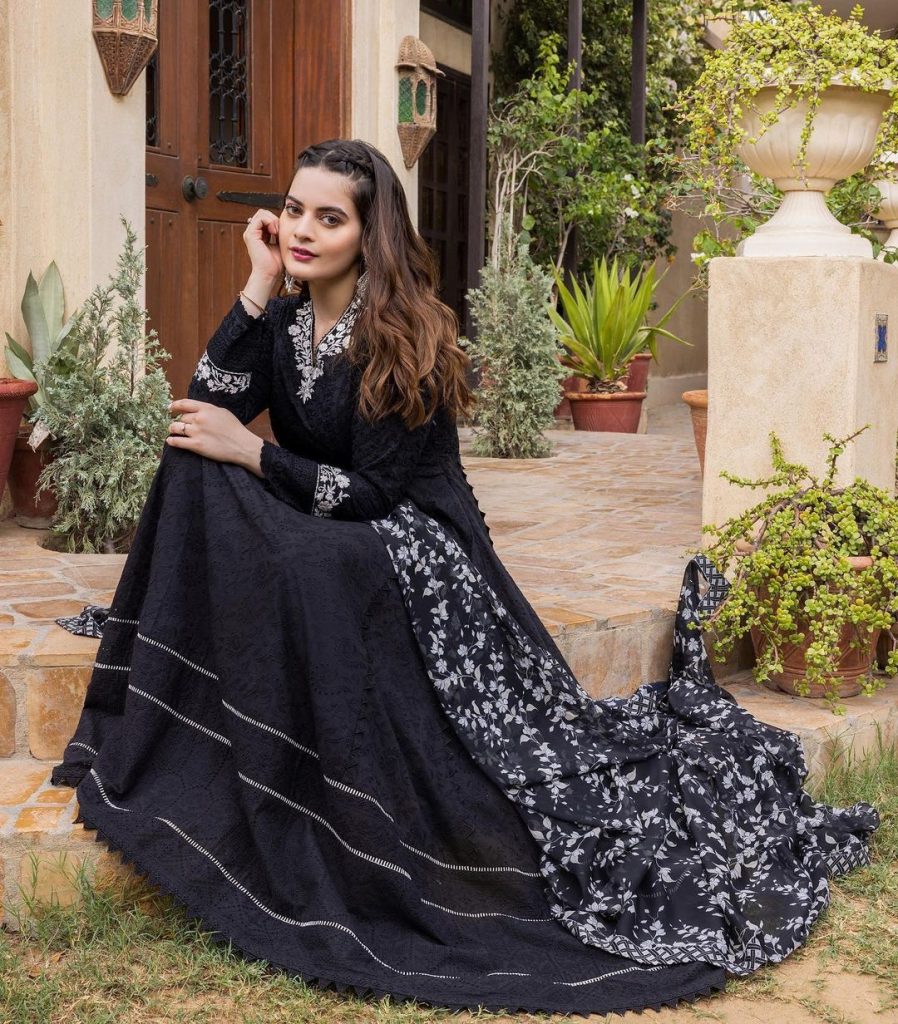 Recently, Minal Khan was featured in a bridal shoot for “Hifsa Khan Salon”. Minal looks drop dead gorgeous as she exudes royalty in a heavily embellished red bridal attire by “Haris Shakeel Official”. The dress was paired along with heavy gold jewelry by “Reama Malik”. The beautiful clicks were captured by the super talented “Xpressions.insta”. Let’s have a look at some of the mesmerizing clicks of Minal from her latest bridal shoot! 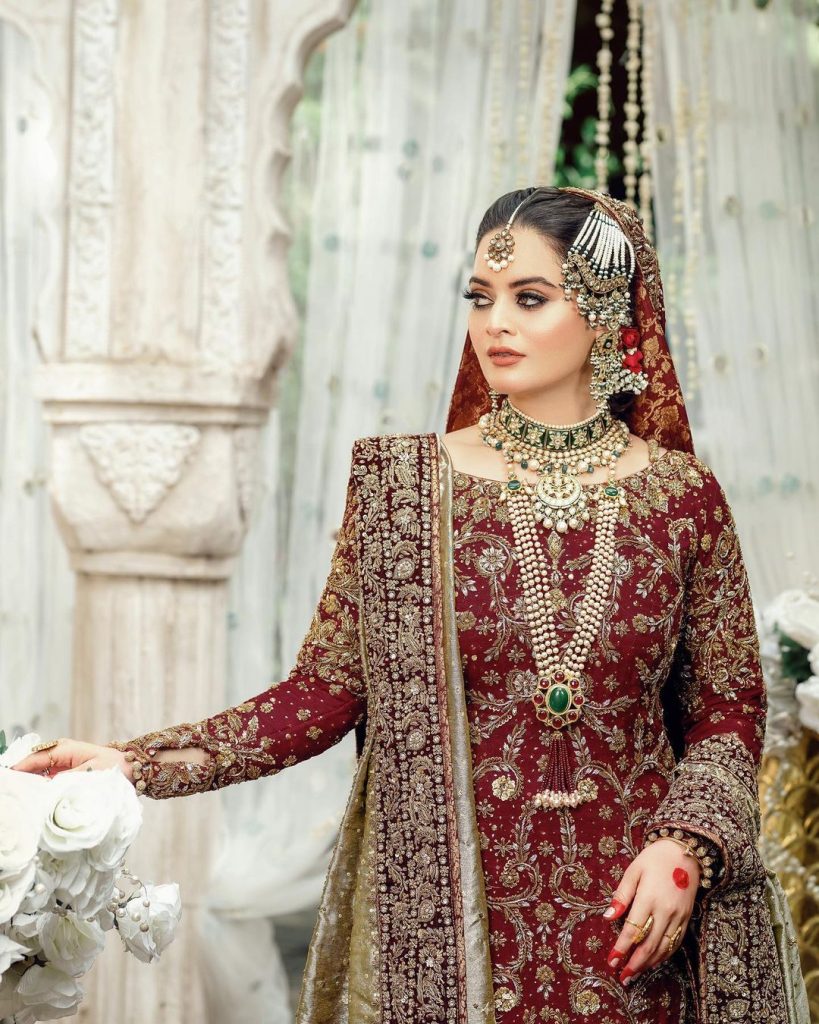 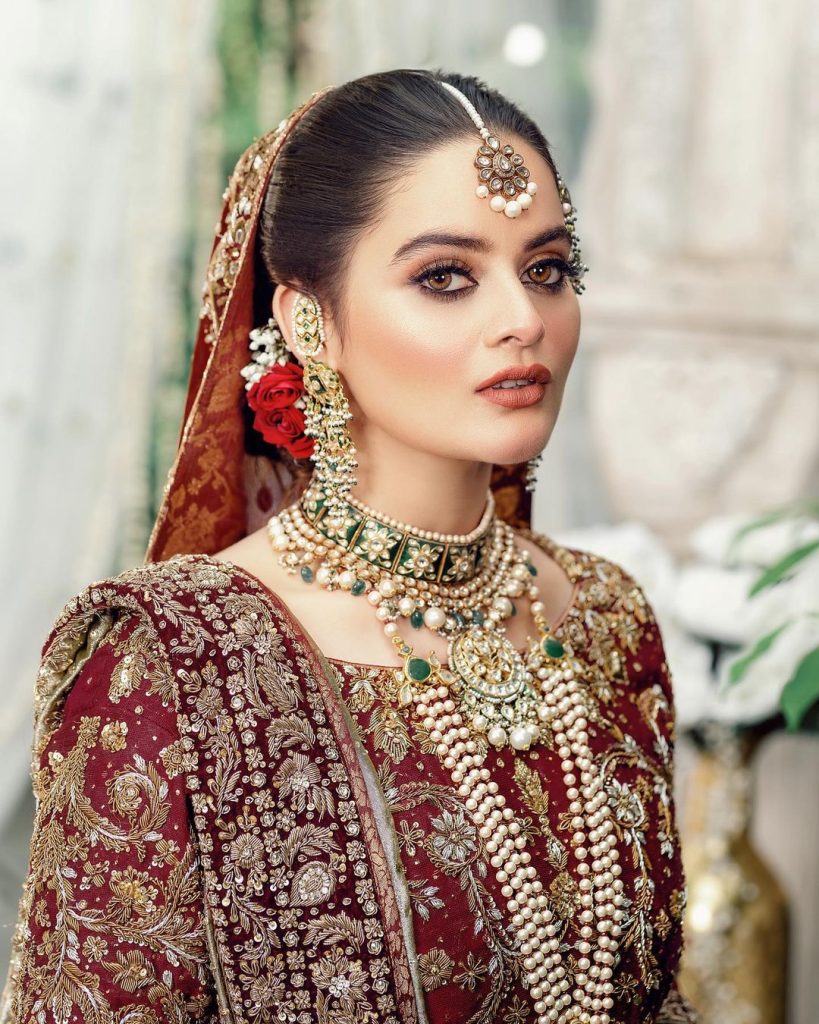 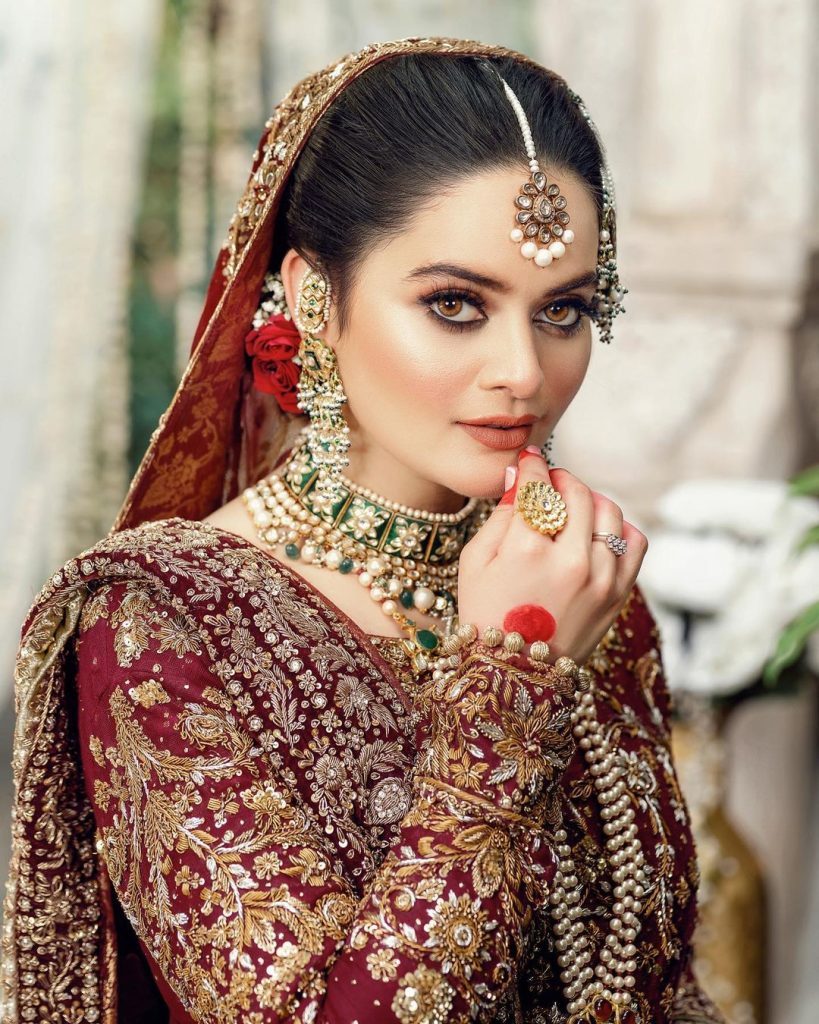 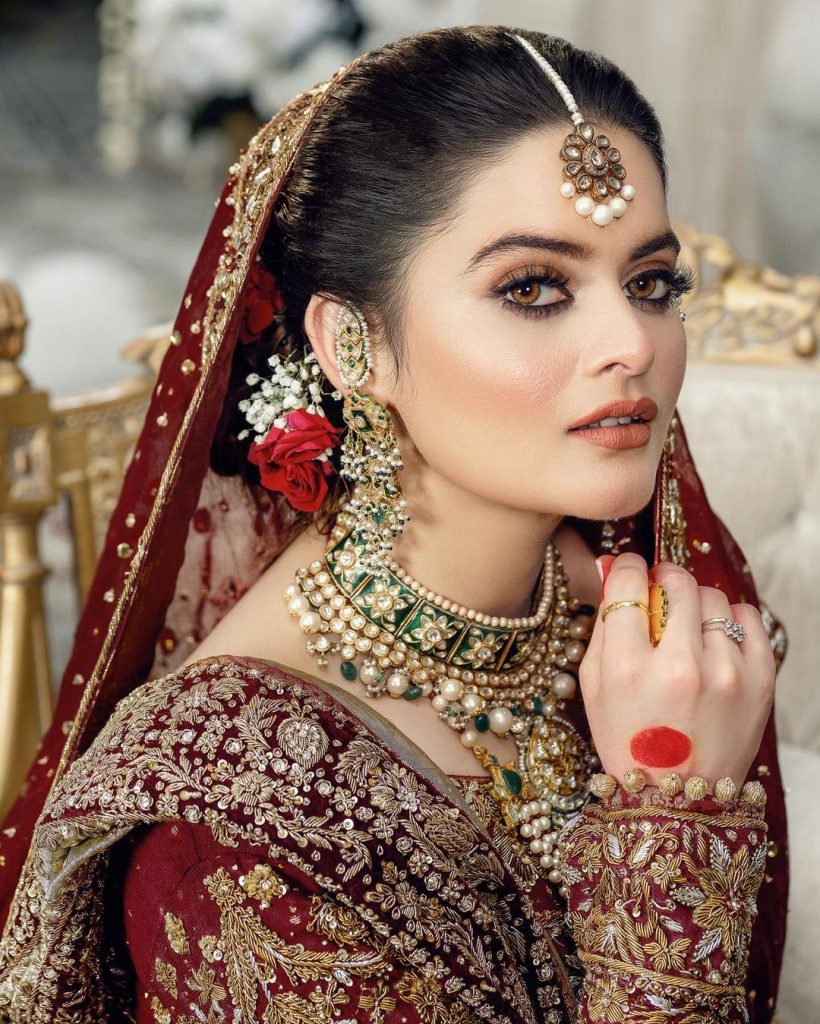 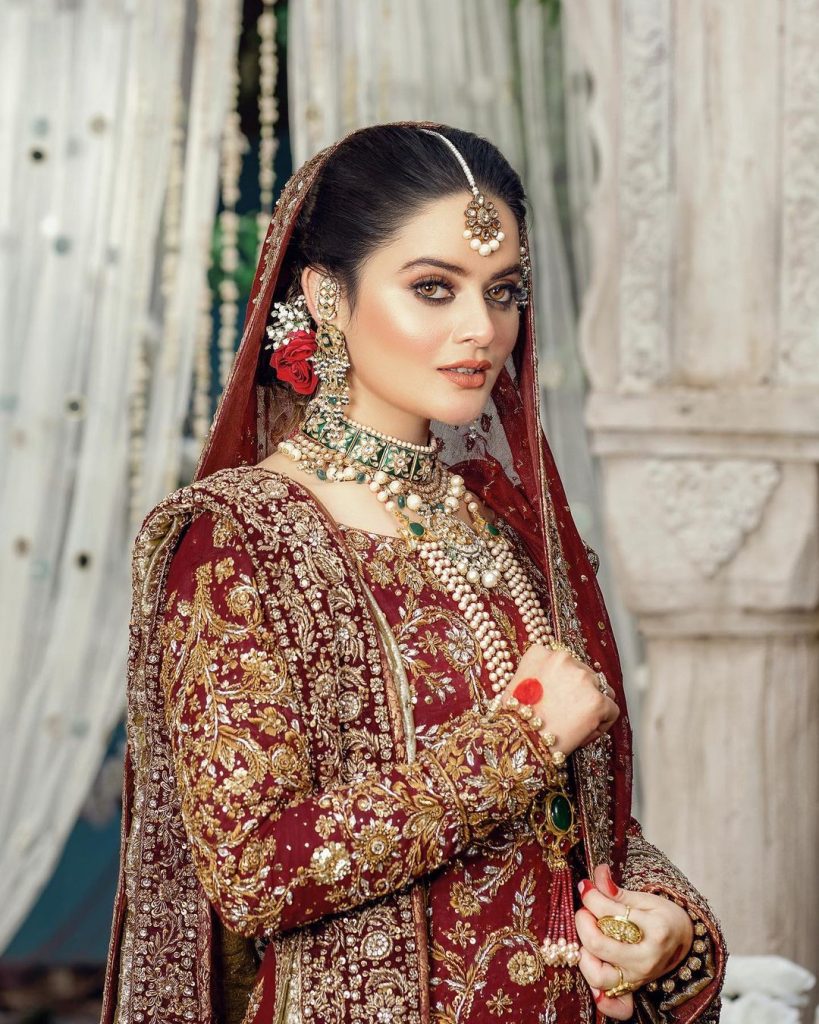 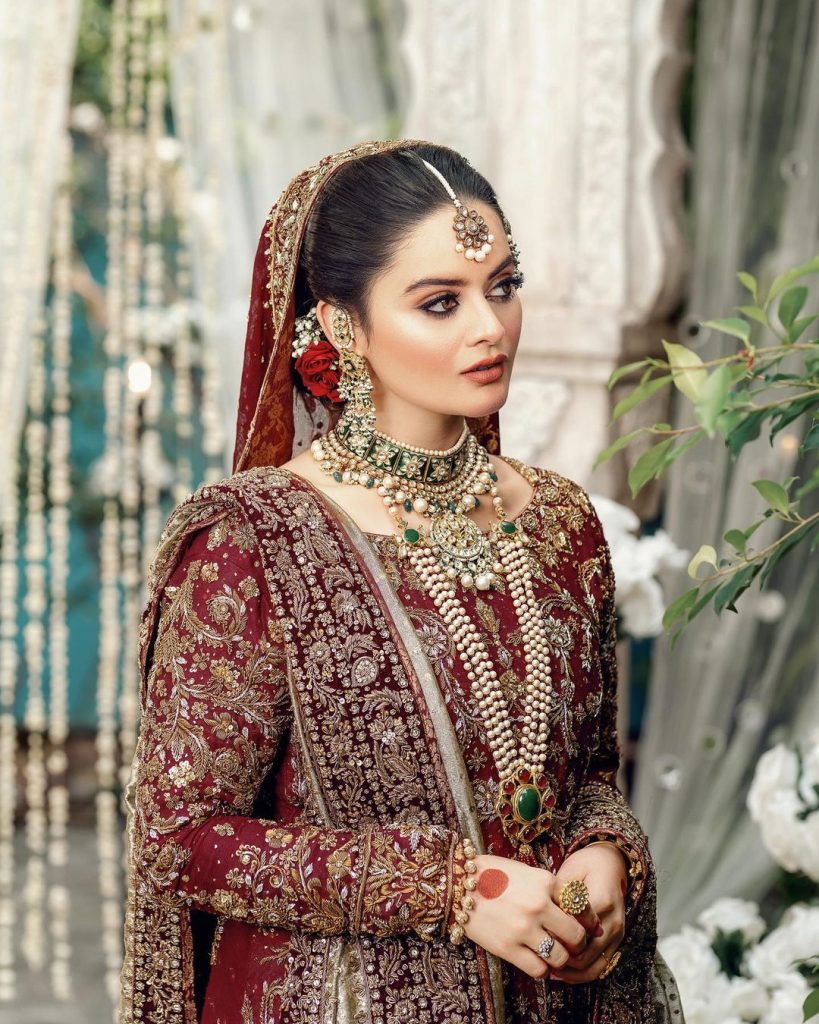 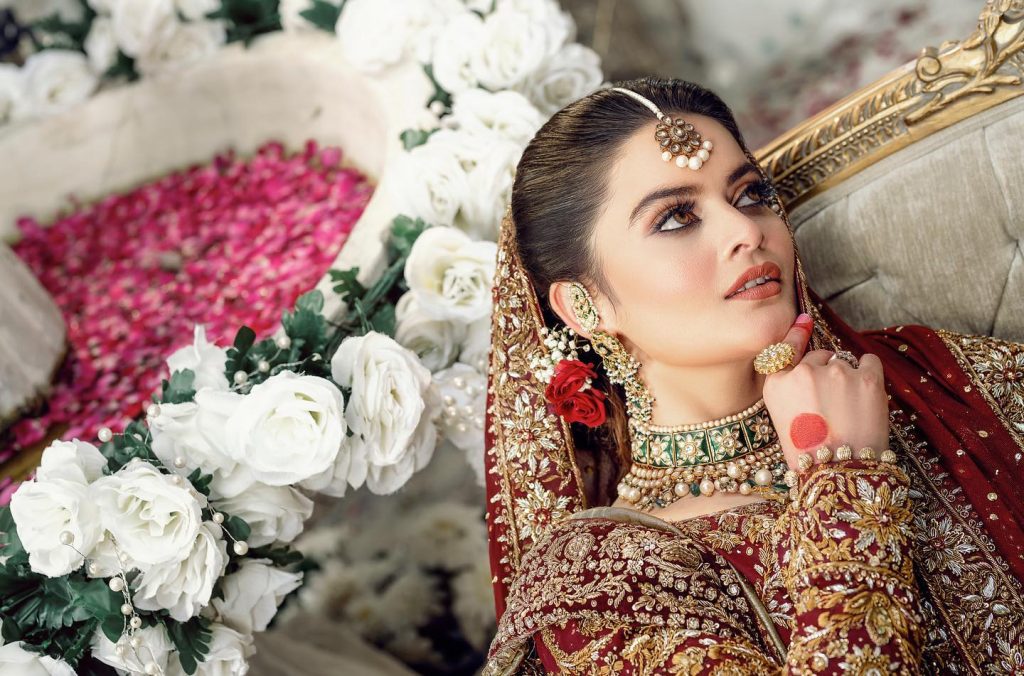 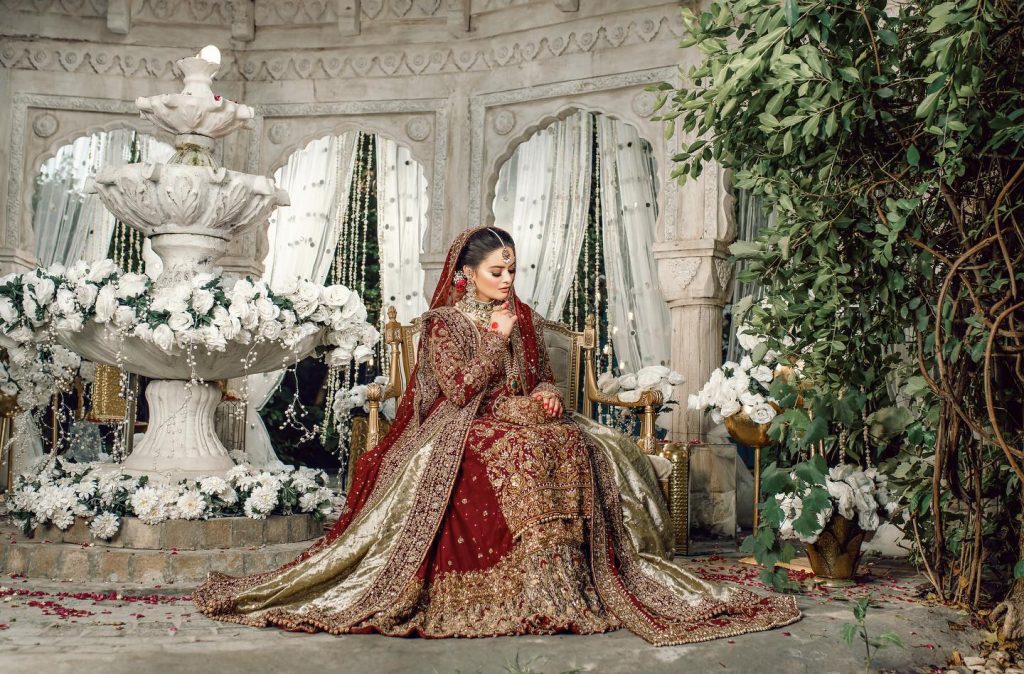 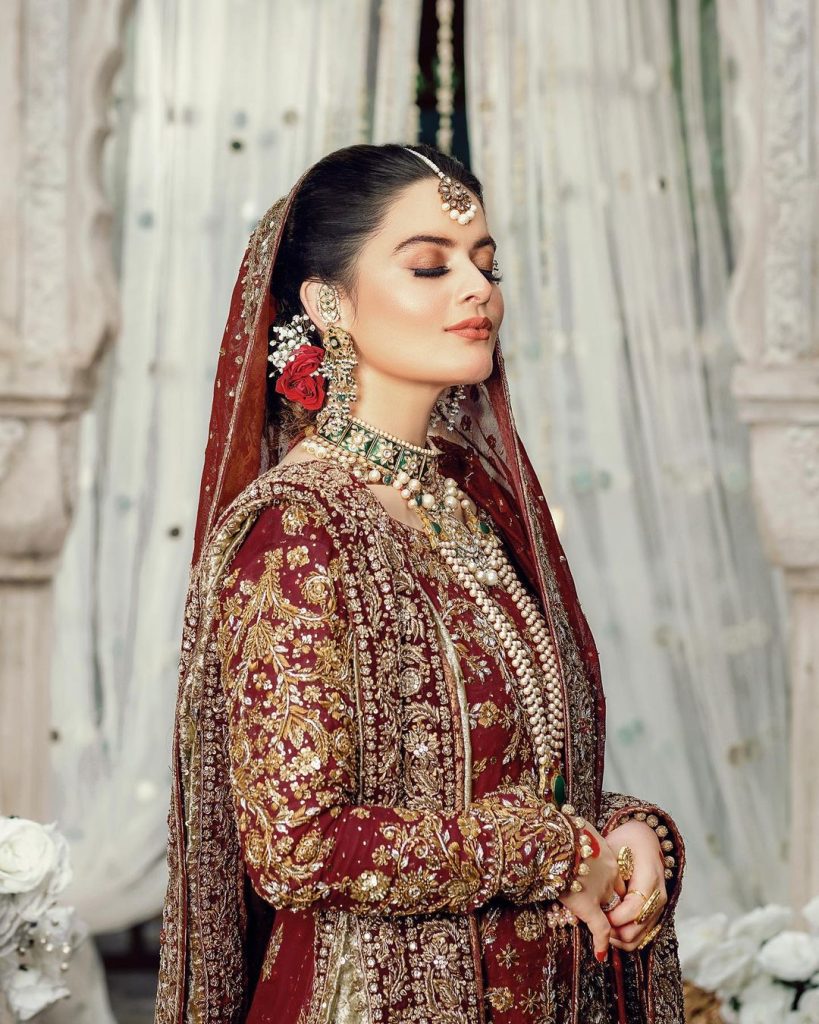 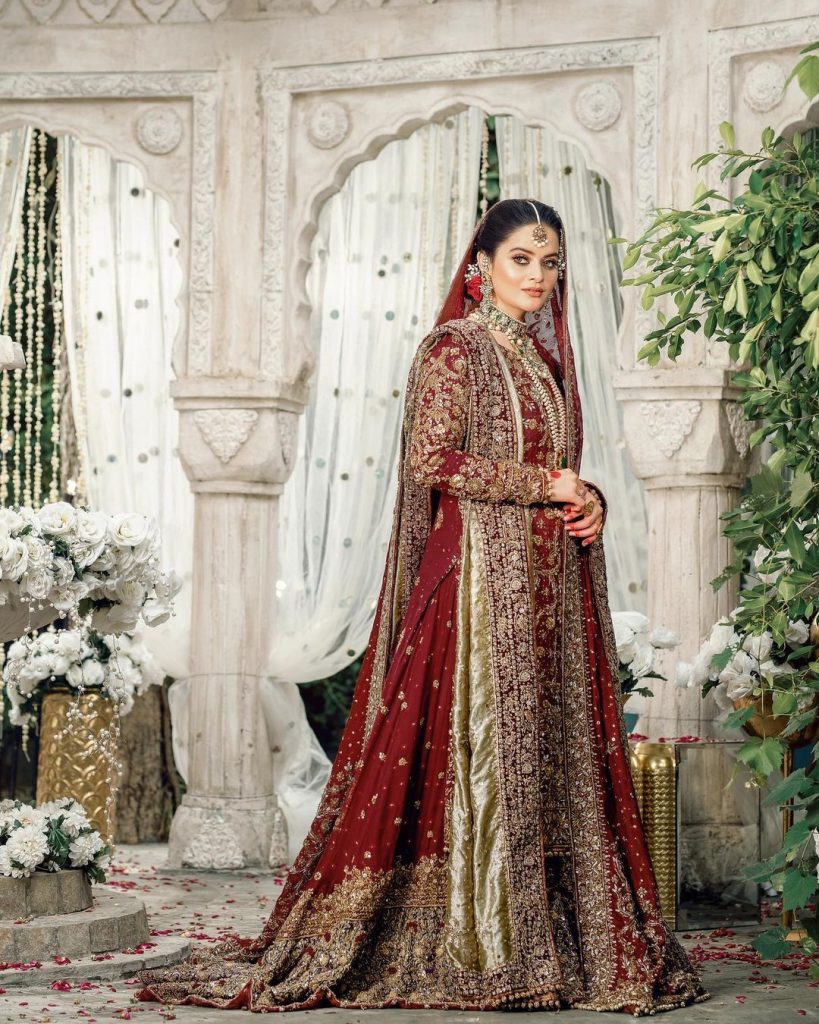 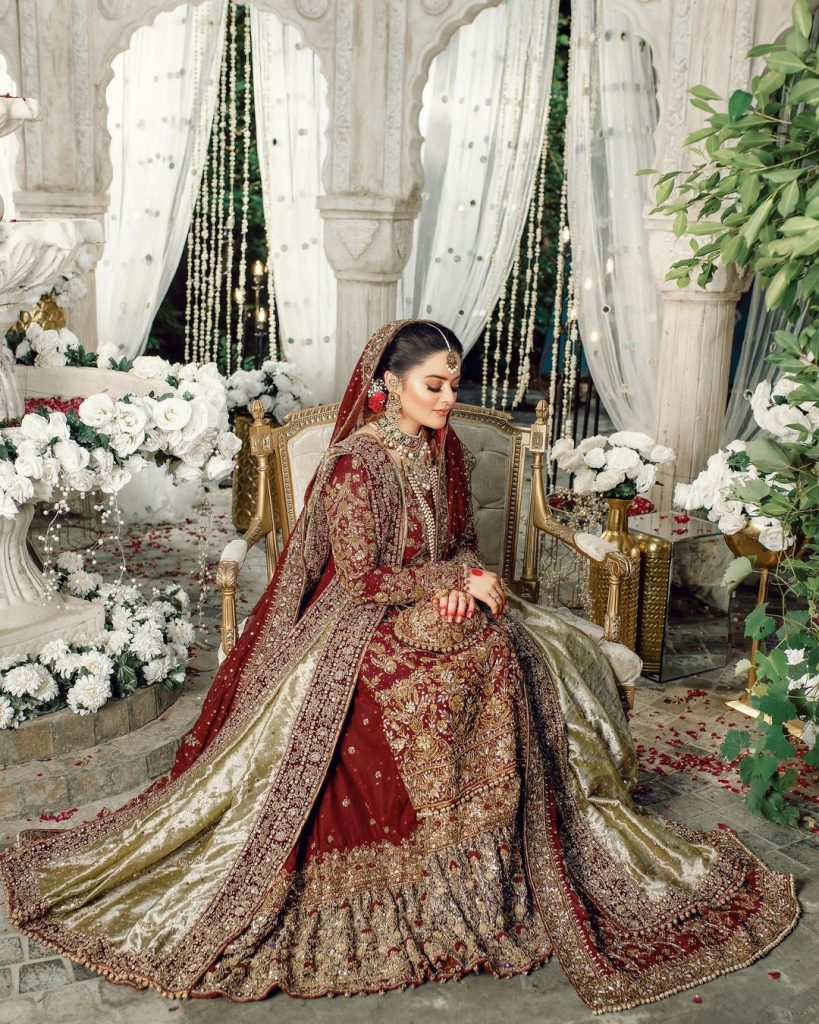 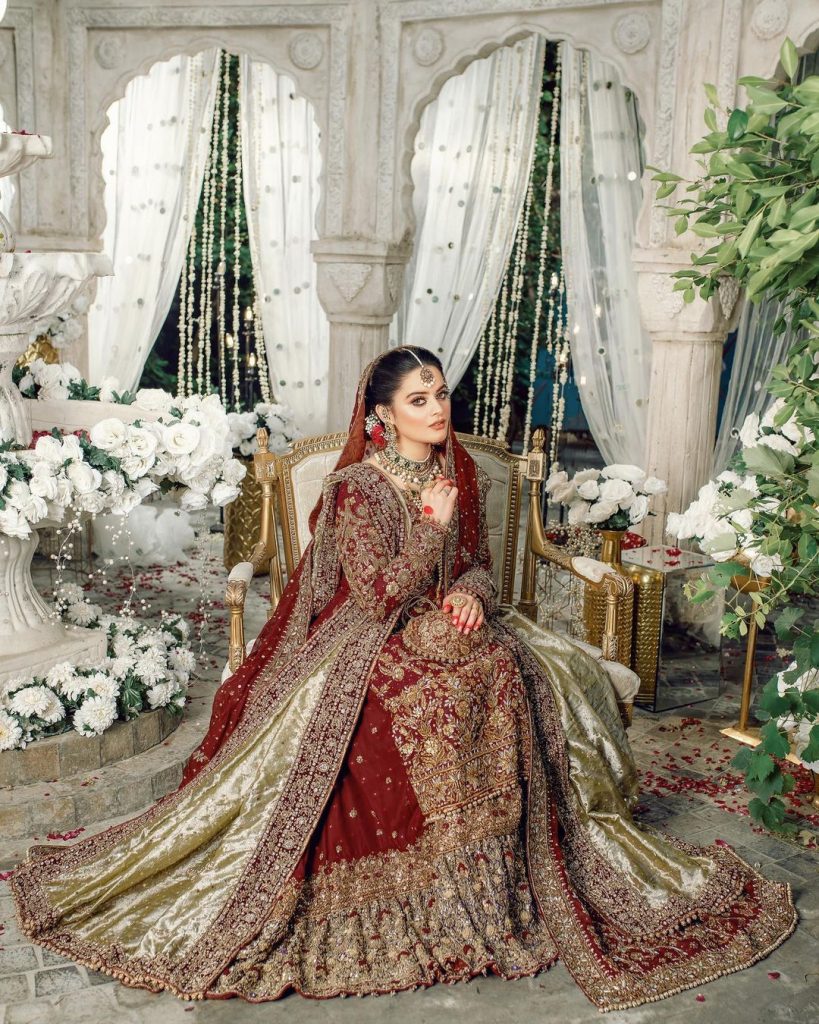 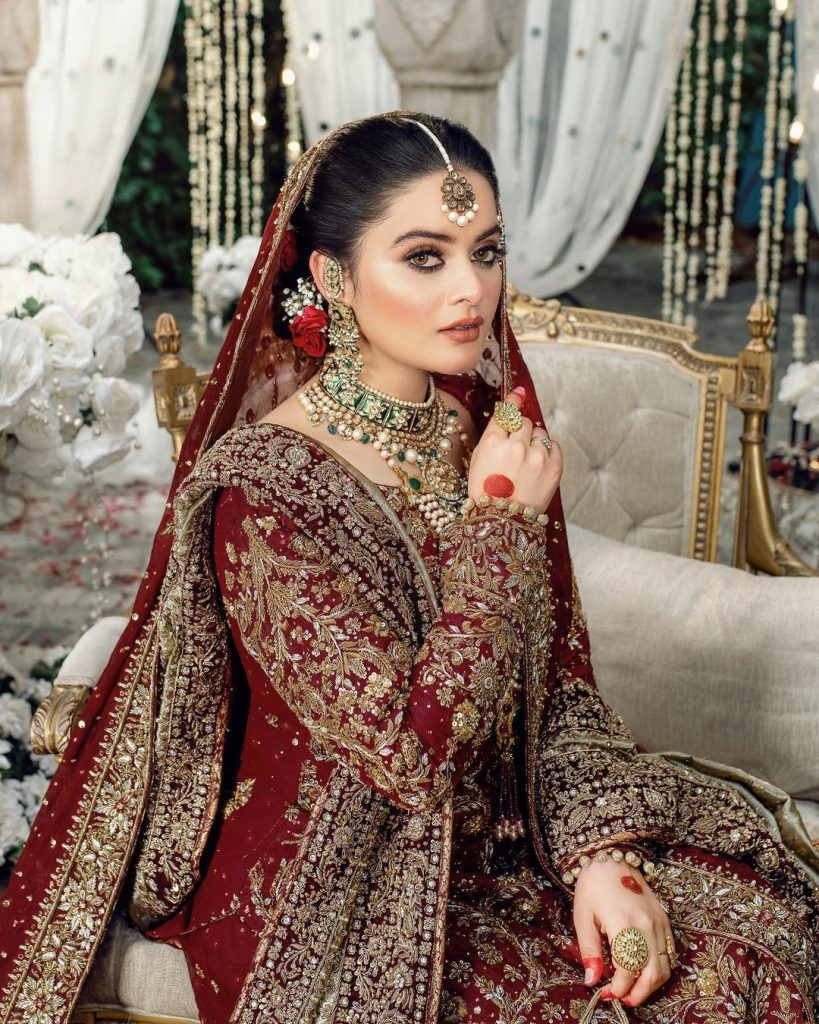 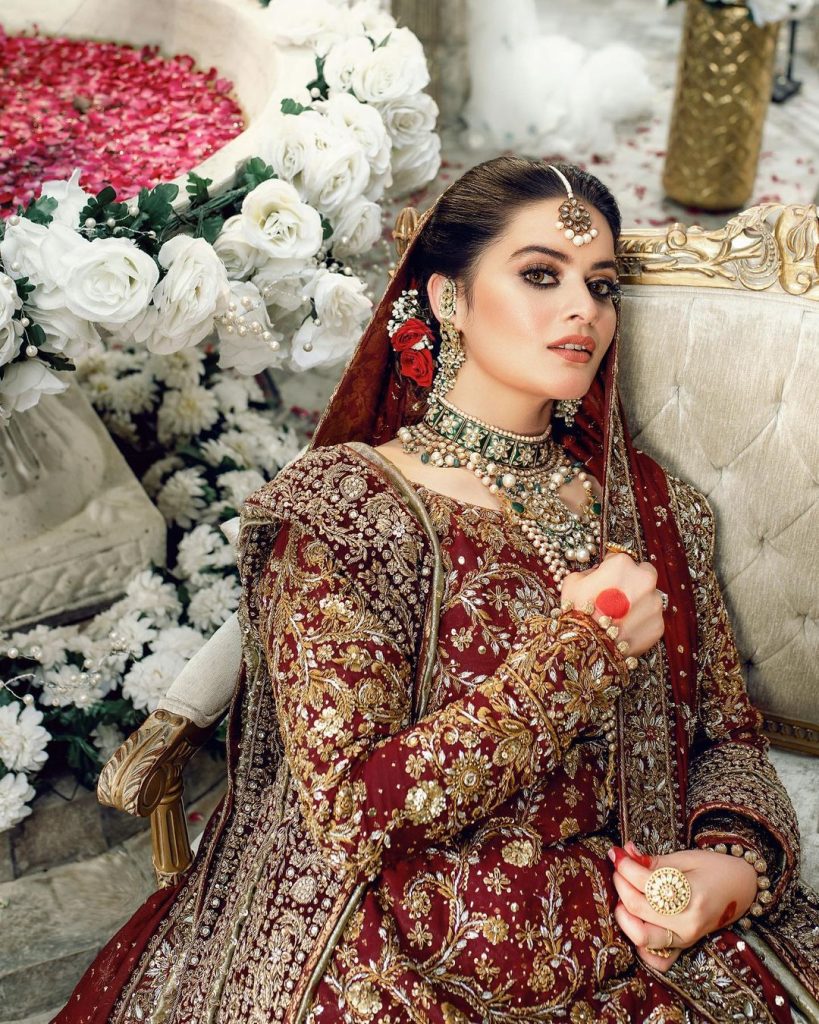 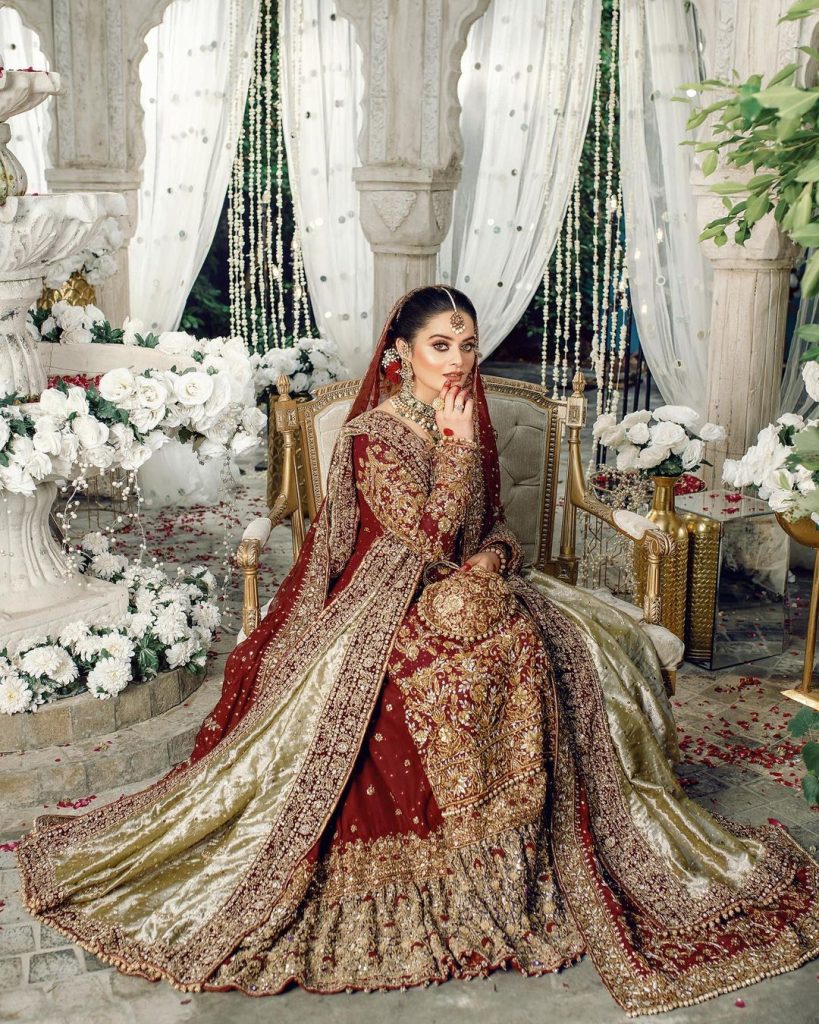 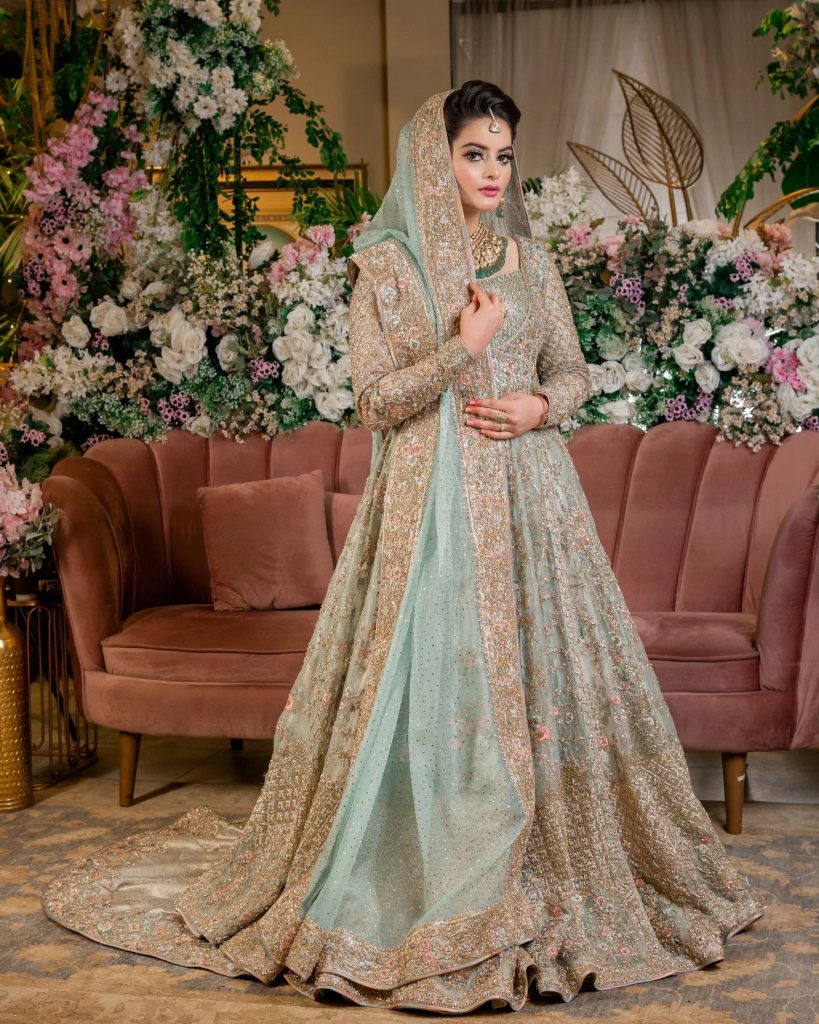 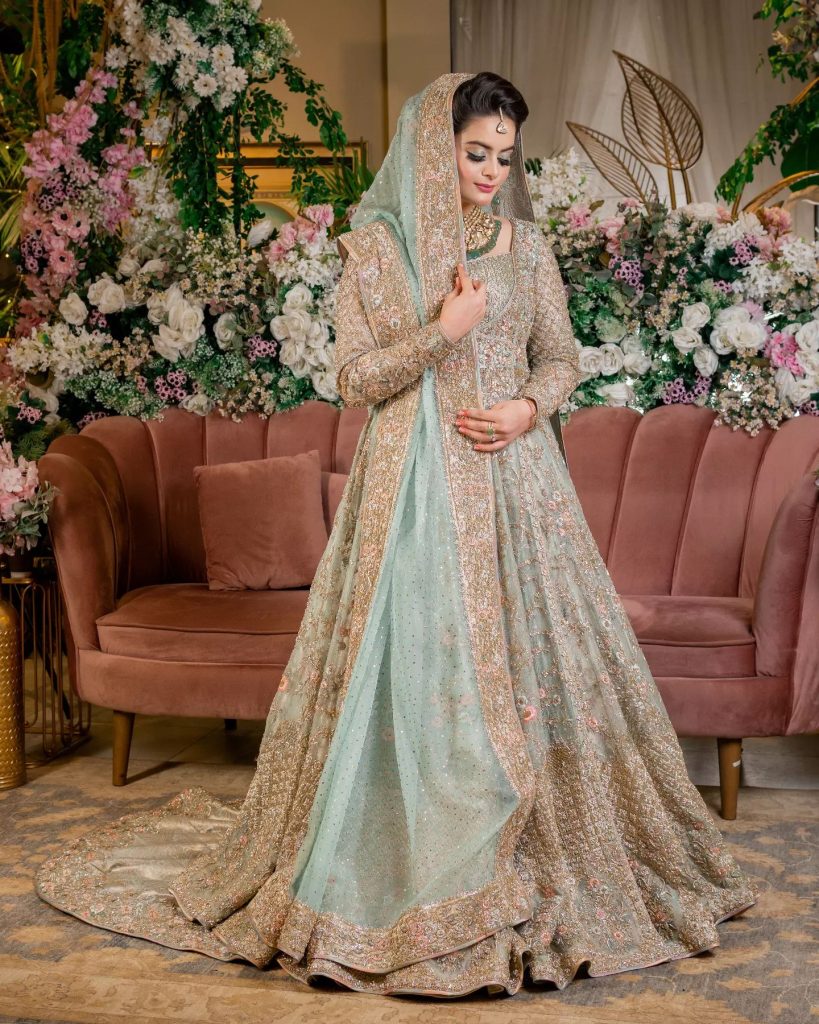 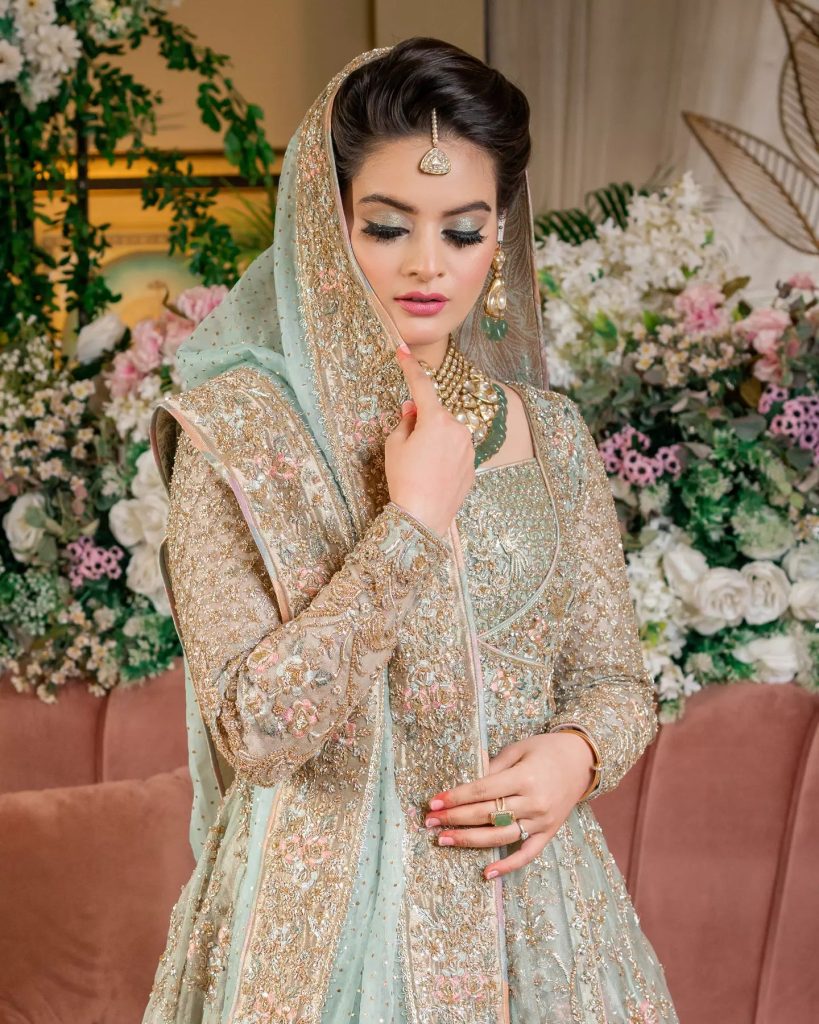 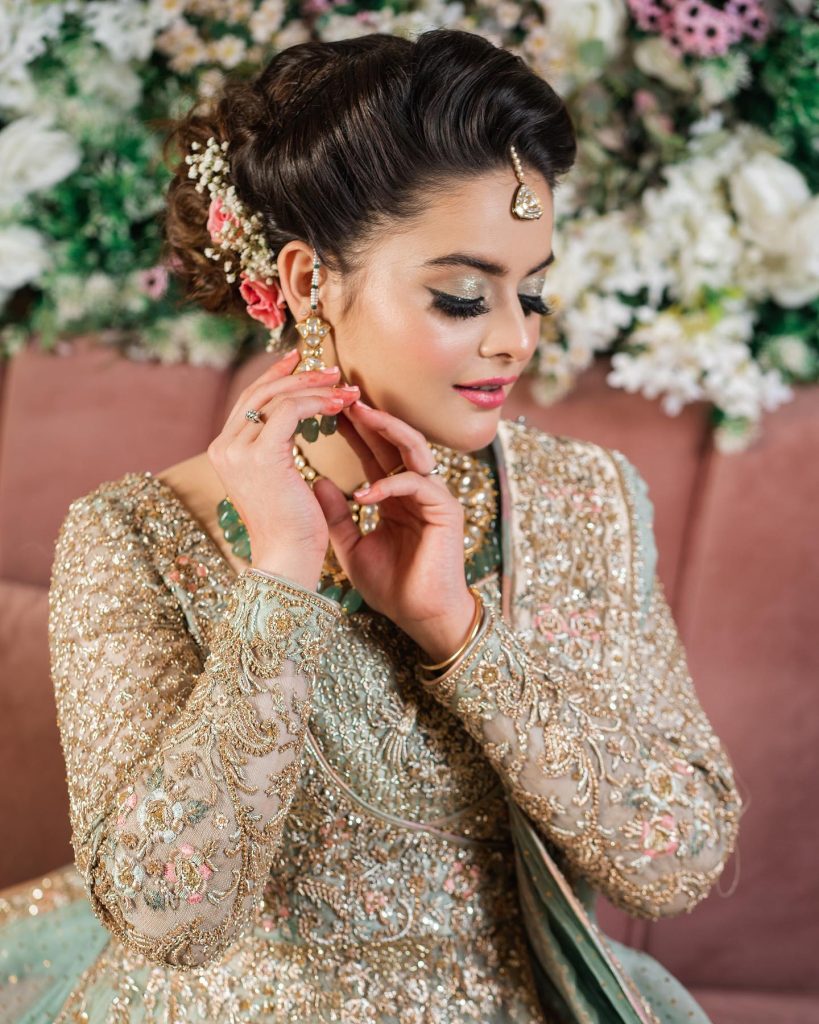 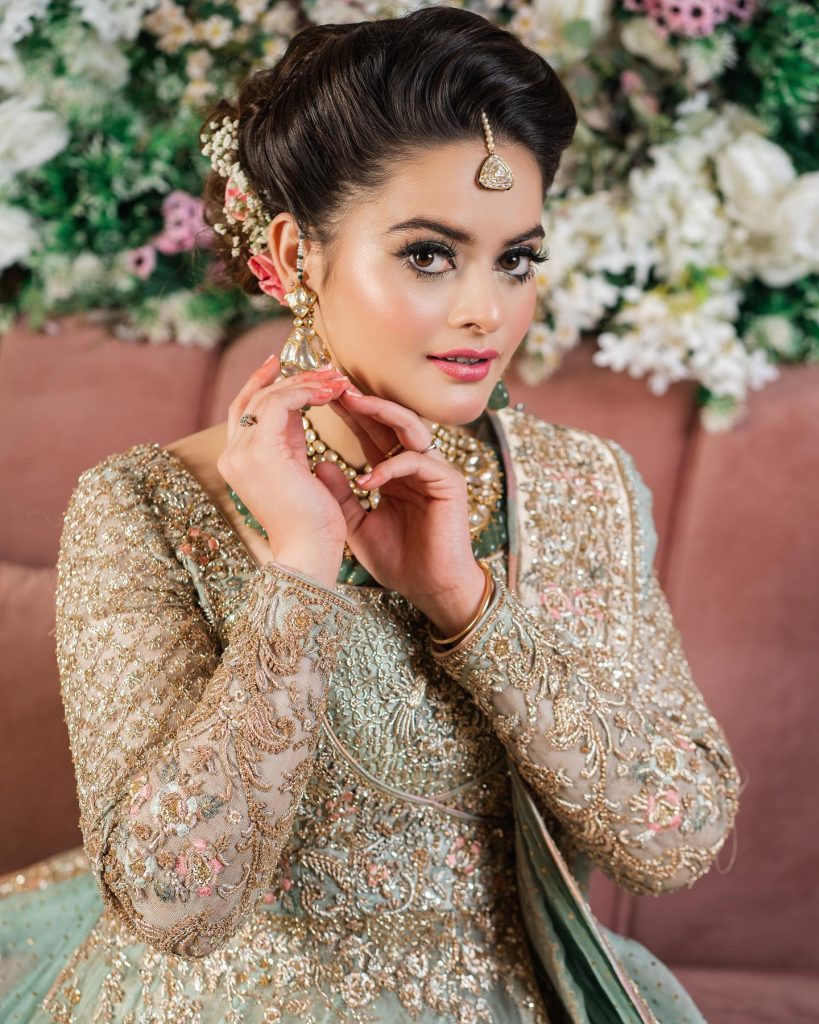 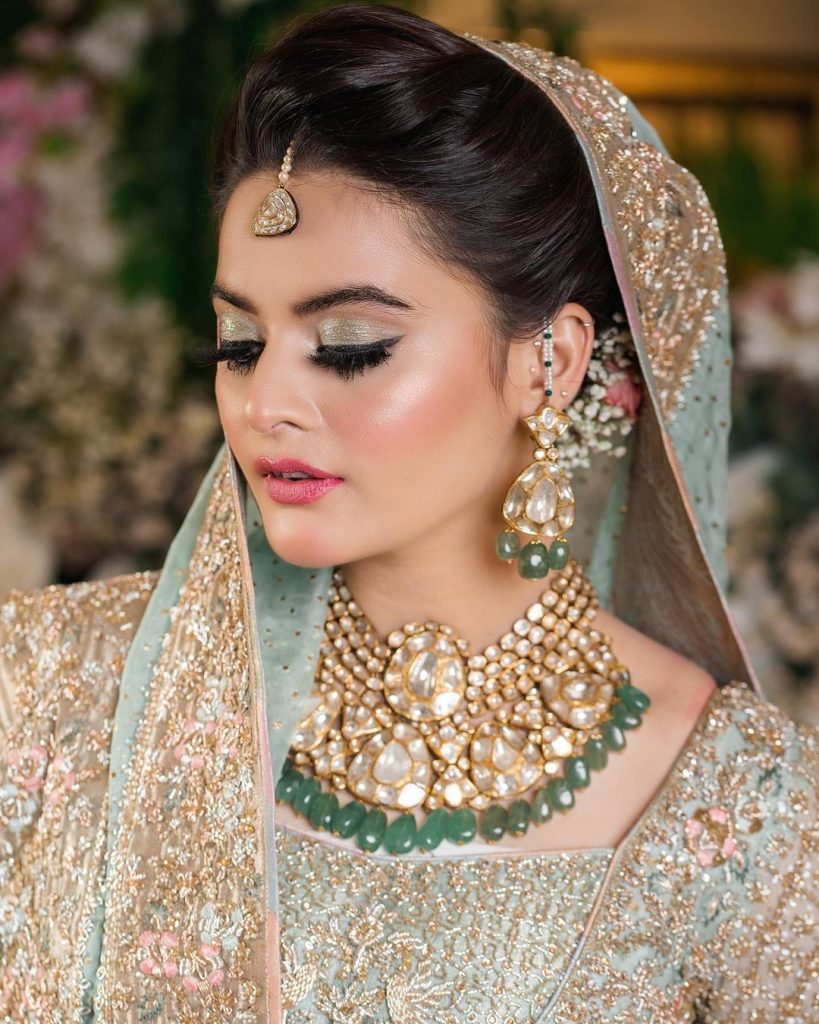 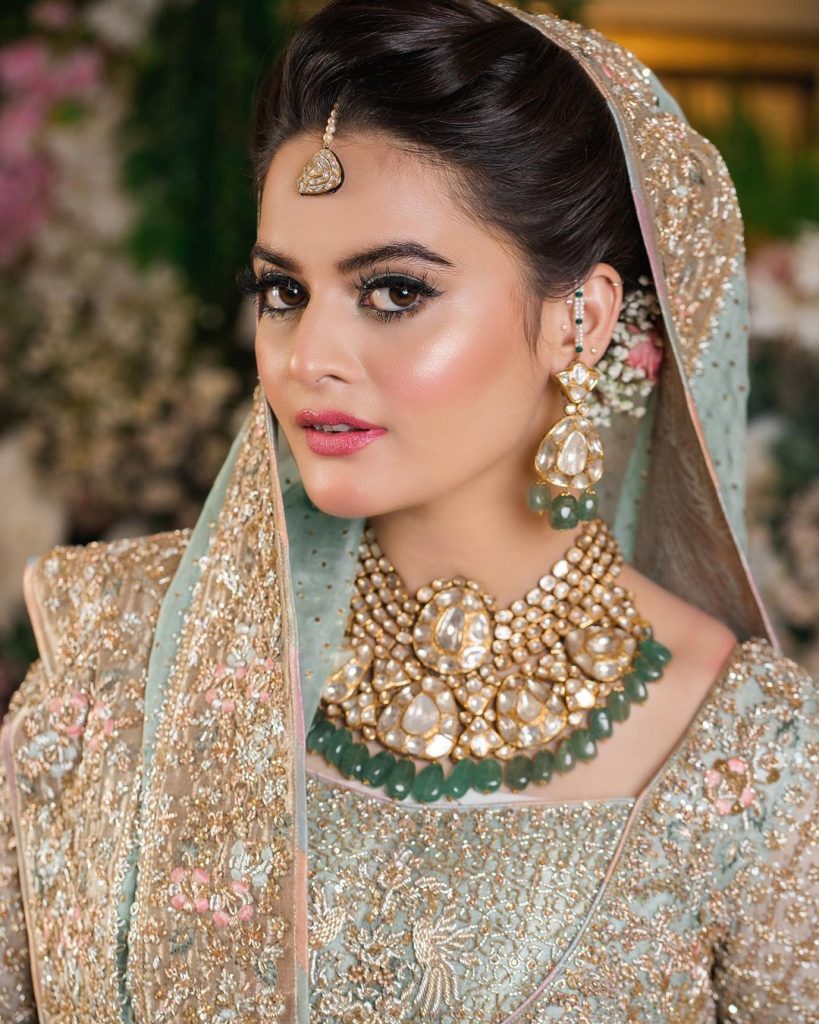