Mishi Khan is a host and film and television actress. She is famous for her character in the drama serial ‘Uroosa’ aired on PTV. She then appeared in numerous popular PTV dramas such as Ajaib Khana, Boota from Toba Tek Singh, Tipu Sultan, and Andar Ki Baat that made her a household name. She also sang a song named Mahiya and worked with singer Ali Haider. 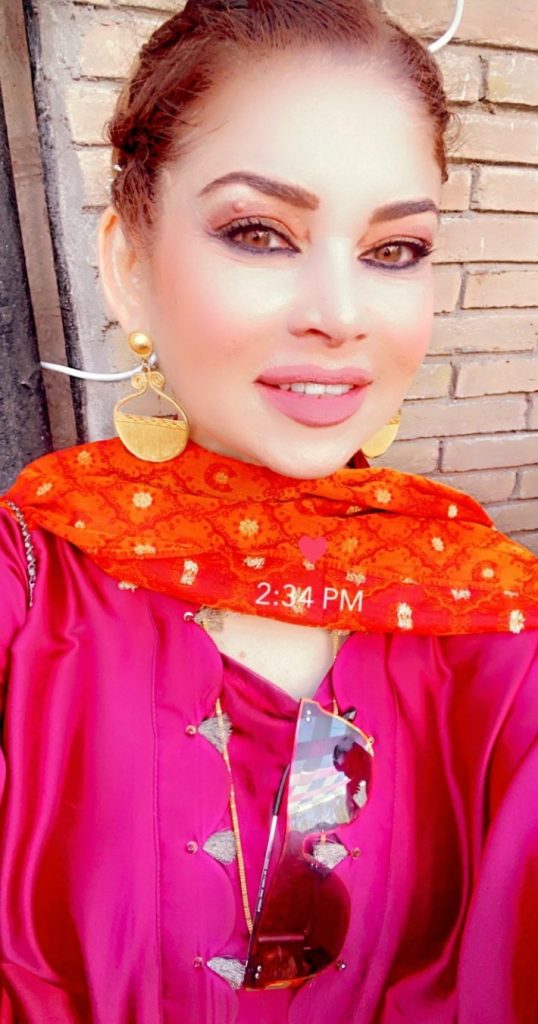 Mishi Khan has recently blasted Pakistani celebrities and fashion designers for wearing such senseless and weird outfits at Hum Style Awards. She mentioned Ali Xeeshan and Fahad Hussyn Saying, “You guys charge 8-10 lacs from the brides and that’s what you design and wear at an award show? And what has happened to you Fahad Hussyn, you were so normal and reasonable when I used to meet you in Karachi. tell us what do you guys eat and design such pathetic dresses “.

In another video Mishi Khan Said, “There were so many beautiful girls and boys at the ceremony but I don’t know who are the people who design such weird dresses and ruin the image of young celebrities, the stars should refuse to wear such dresses and they should wear something that can enhance their personality. There is a difference between being vulgar and being beautiful and do you guys or your extended family wear such revealing dresses at weddings? I think we should respect the values and traditions of the country where we live in.”

Netizens also agreed with her and shared their opinion after she uploaded the videos. Let’s have a look at the comments below. 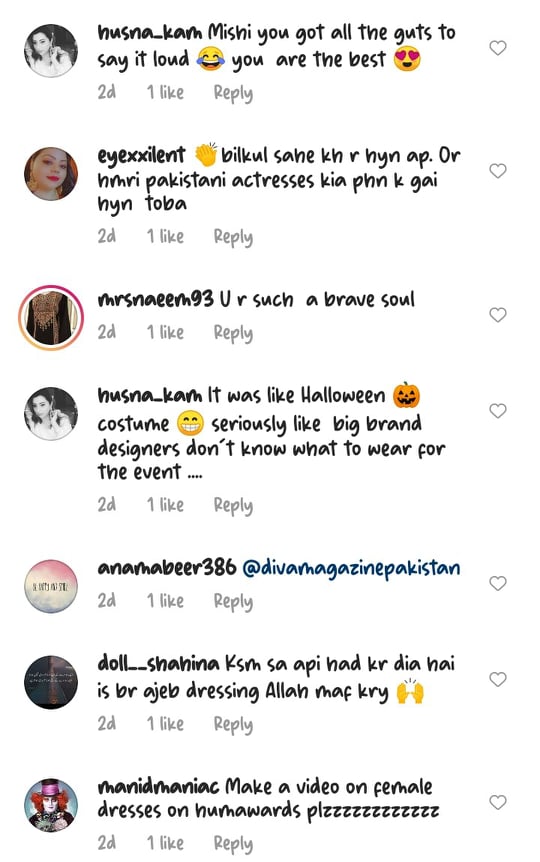 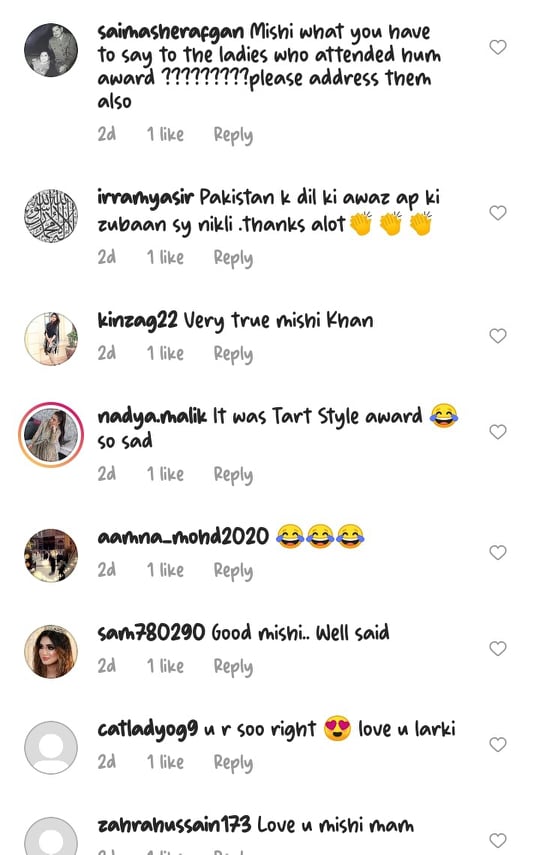 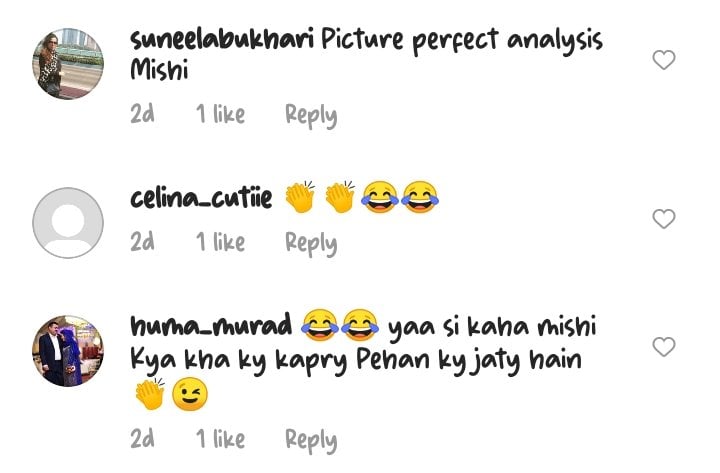 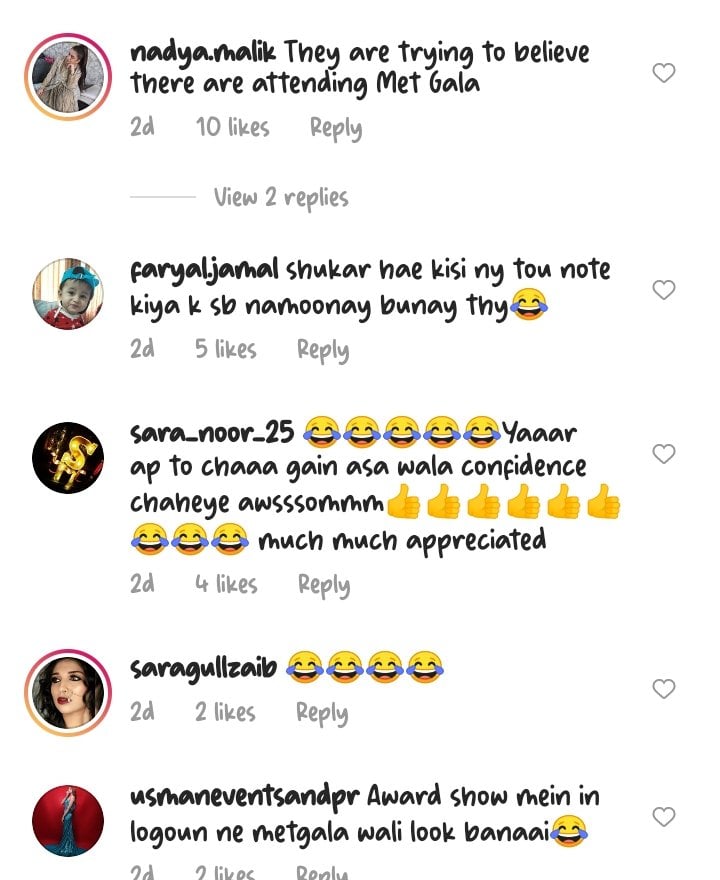 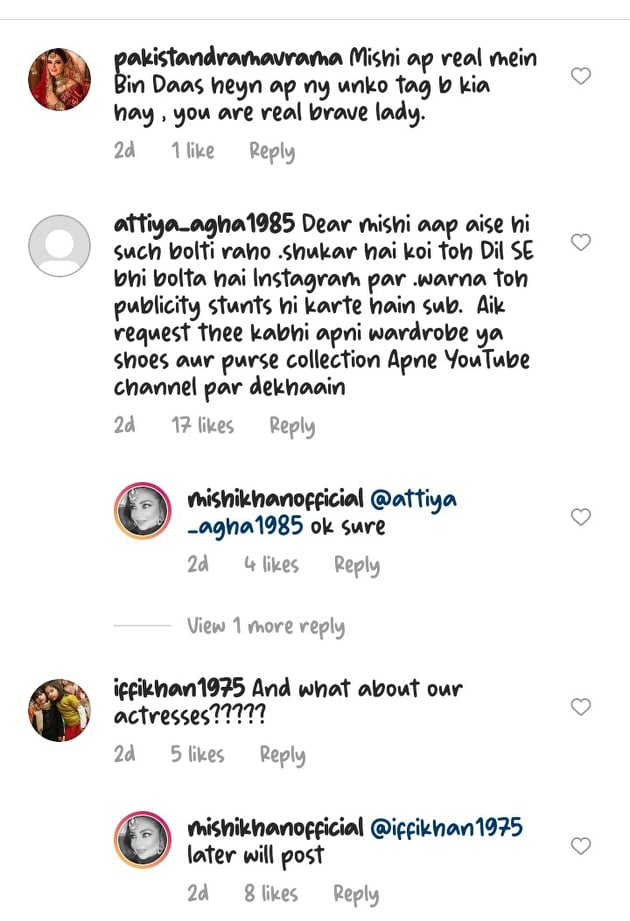 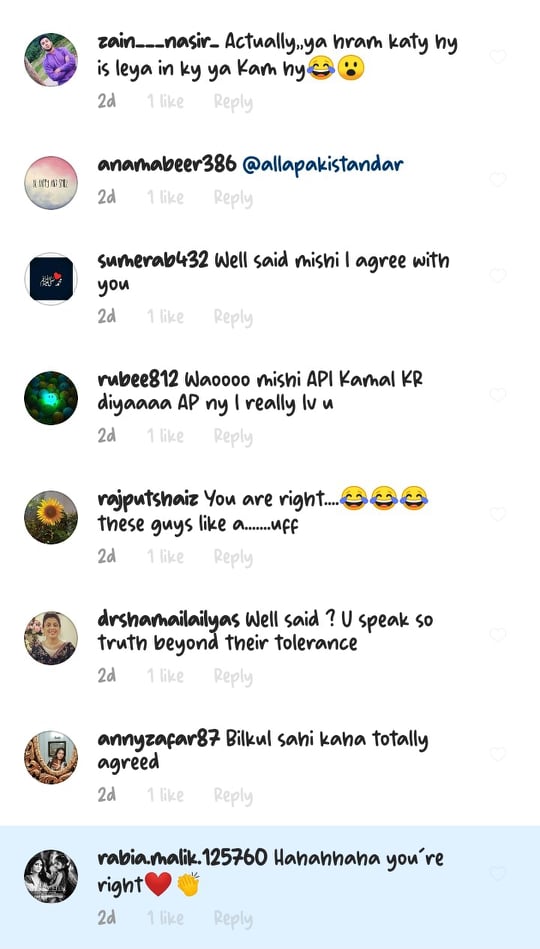 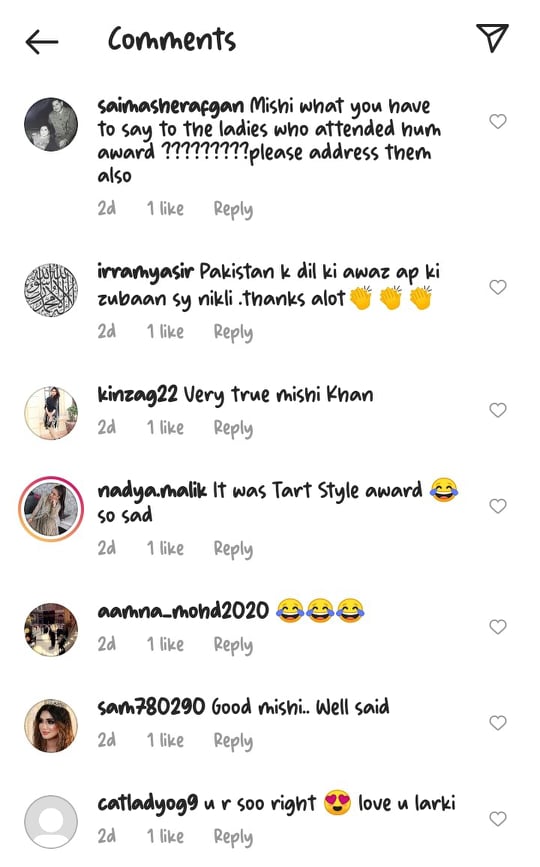 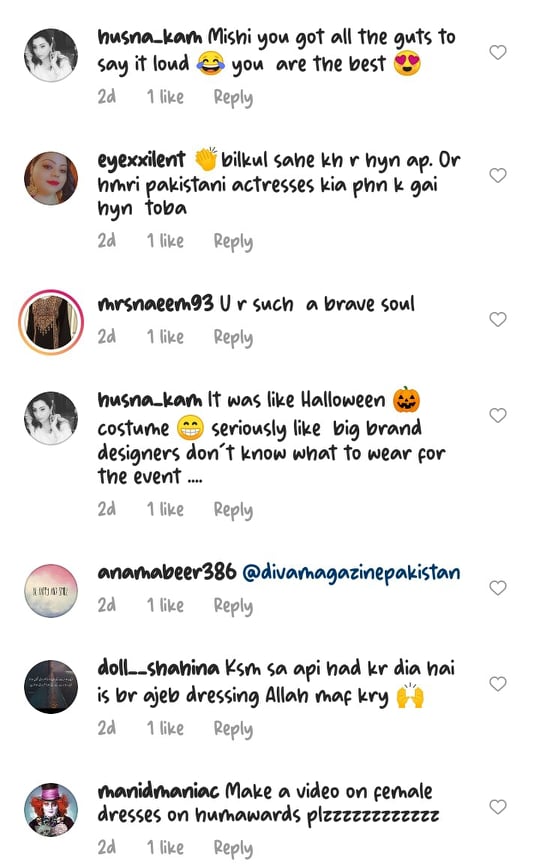 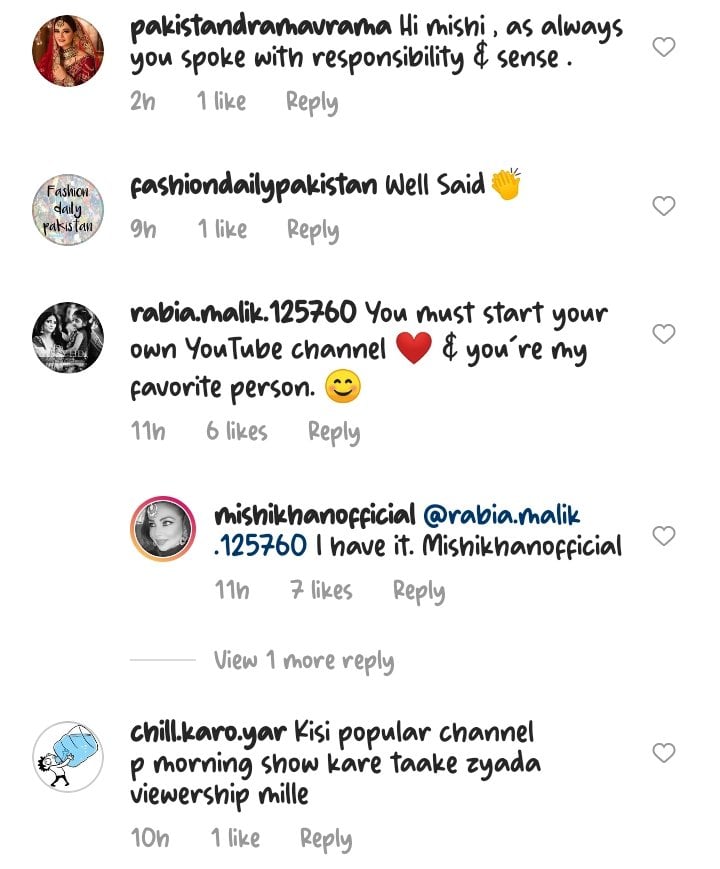 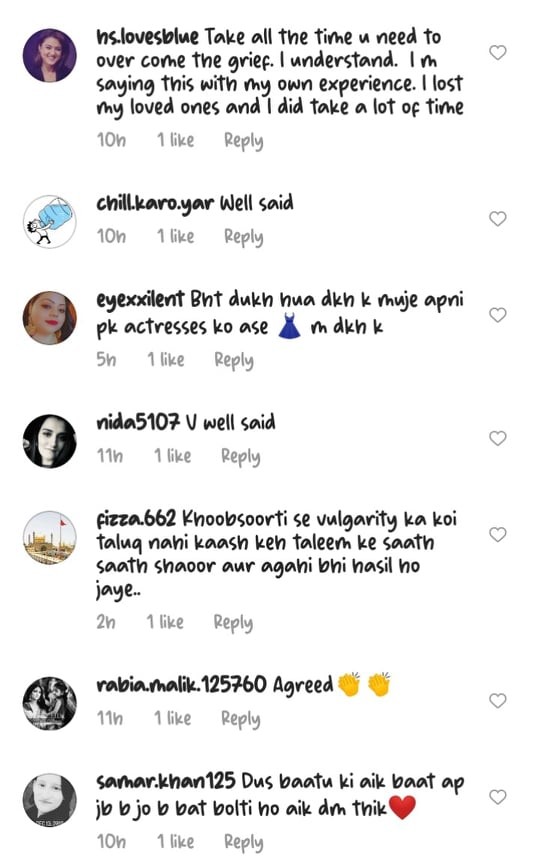 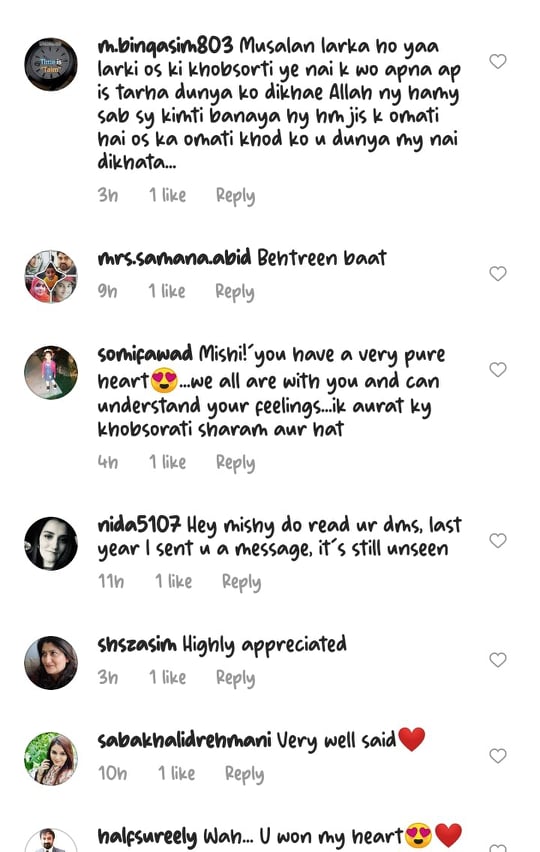