Sidra Niazi is a talented and versatile emerging actress in the Pakistani media industry who has made her acting debut recently in a blockbuster drama serial Chupke Chupke which was aired on HUM TV during the month of Ramadan. Her other popular include dramas, Qayamat, Makafat, and an eid telefilm Tamiz-ud-din ki badtamiz Family. 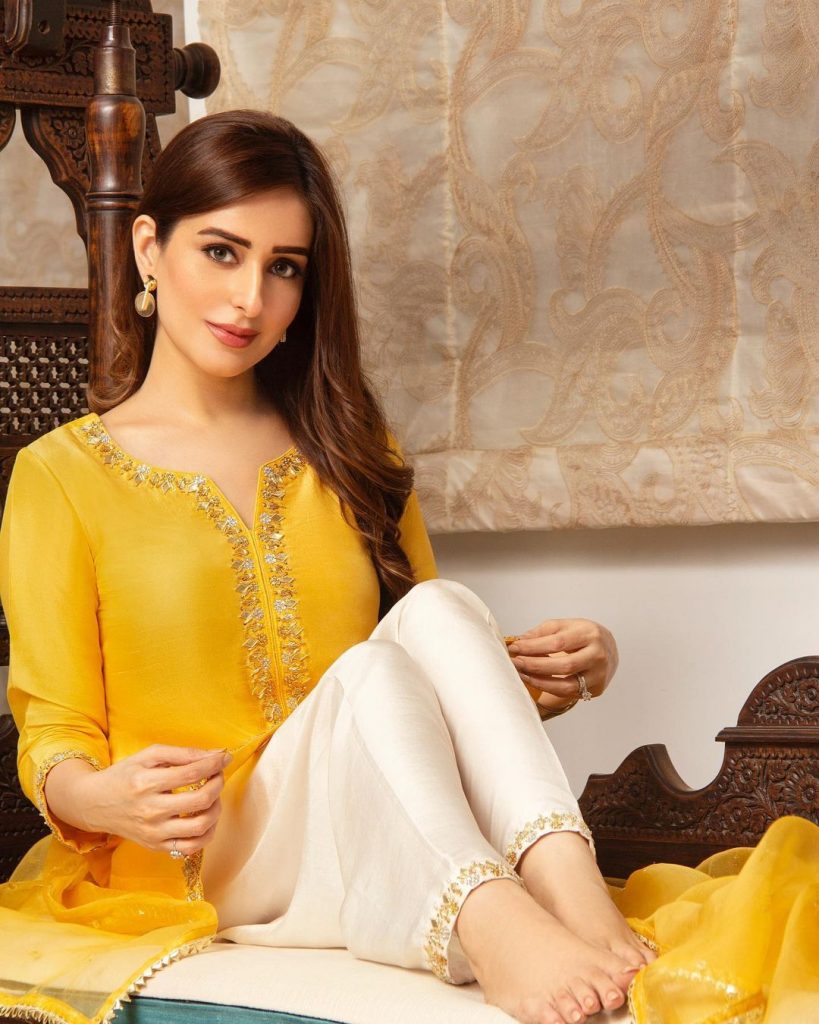 Sidra Niazi has recently appeared in a gorgeous bridal shoot for Royli Salon Islamabad. She is wearing an exquisite bridal ensemble by Erum Khan. The traditional jewelry is by Hareem Jewelry house. Let’s have a look at the beautiful bridal photoshoot of Sidra Niazi. 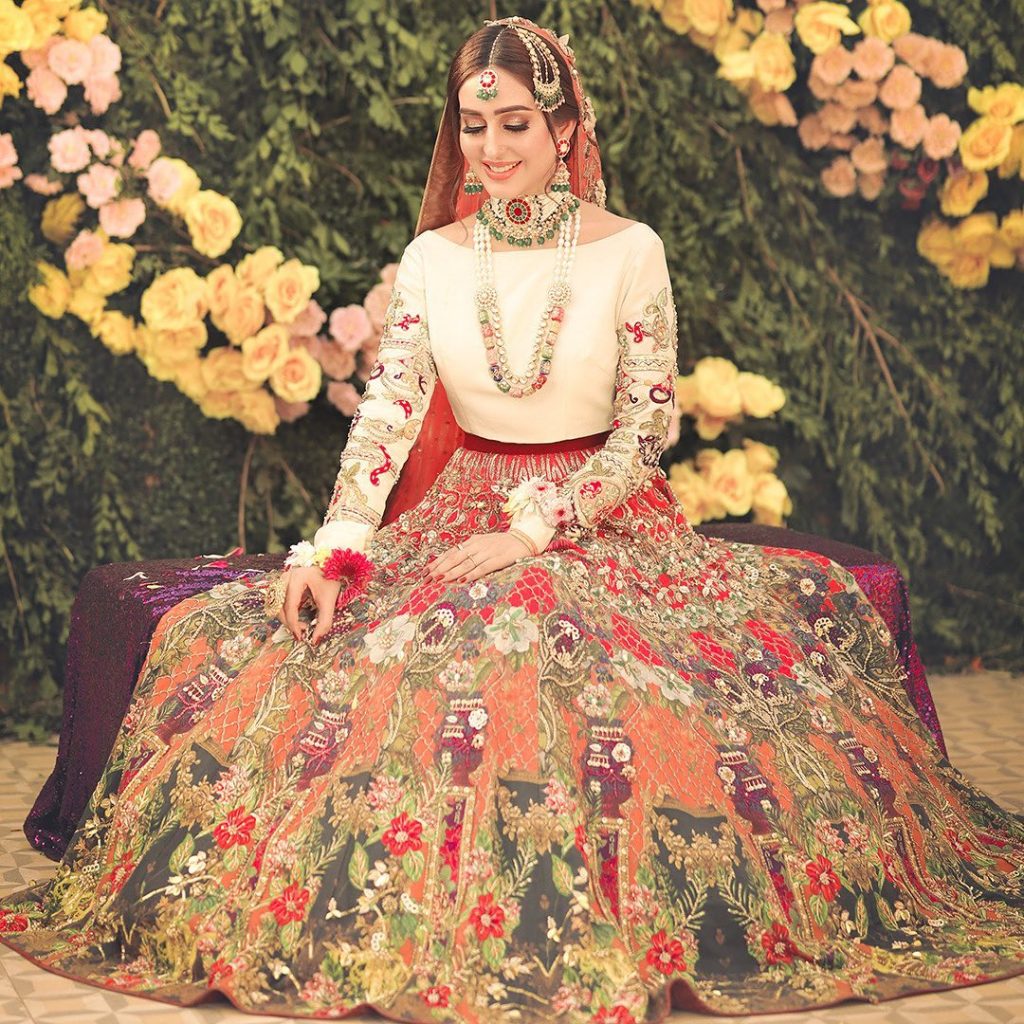 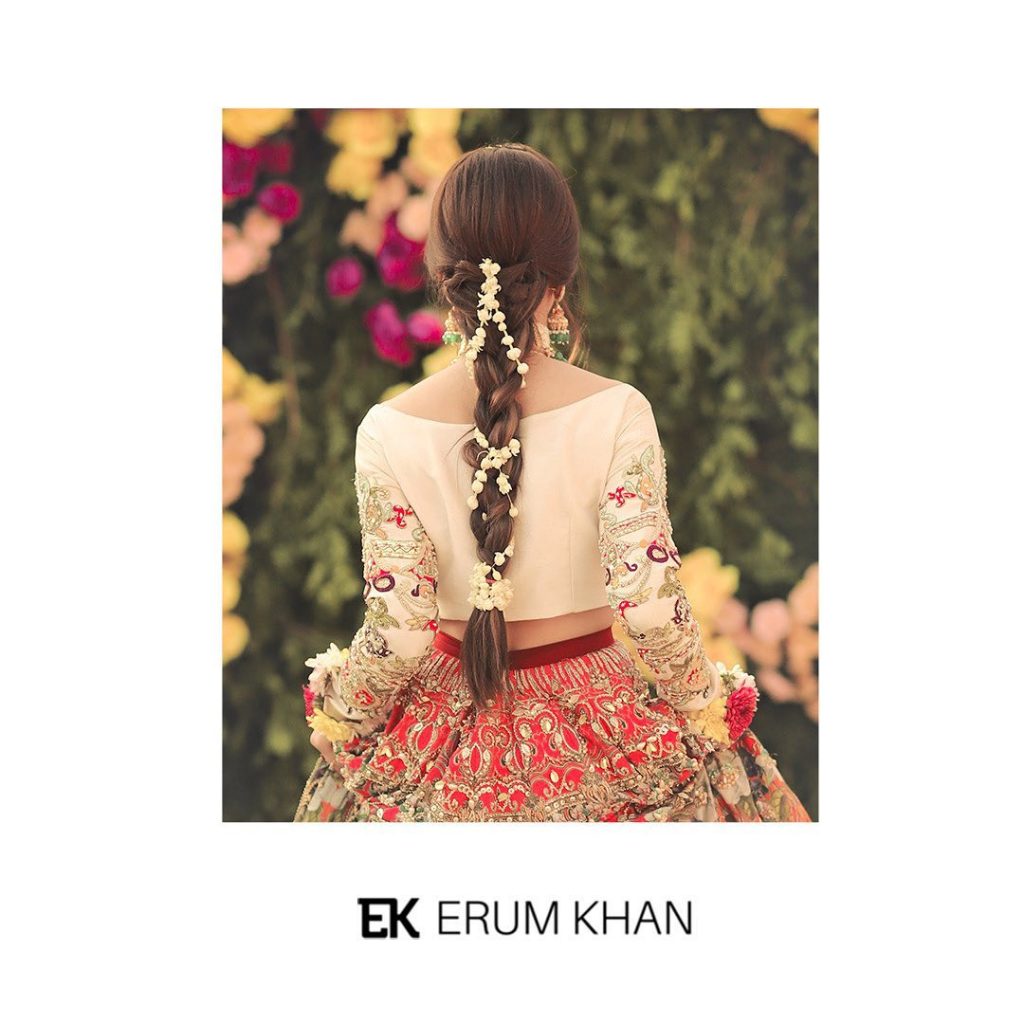 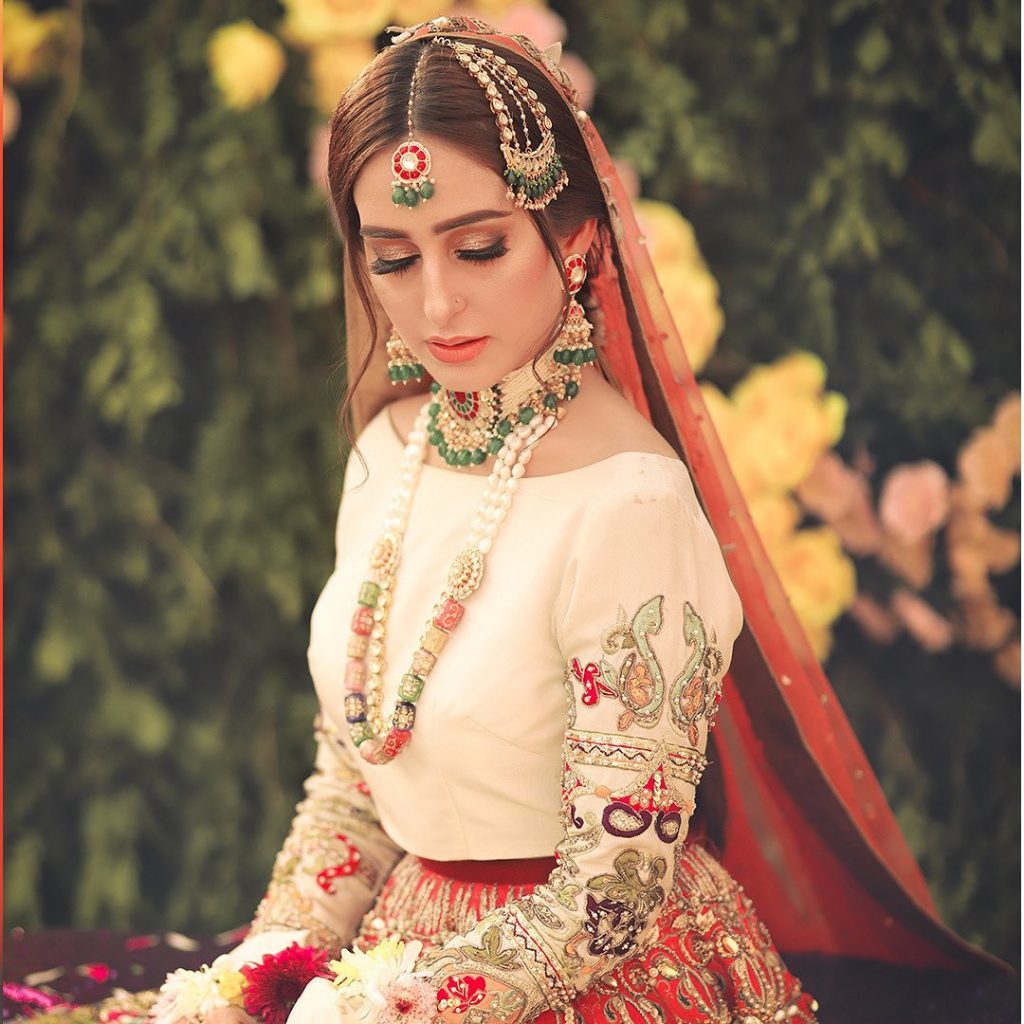 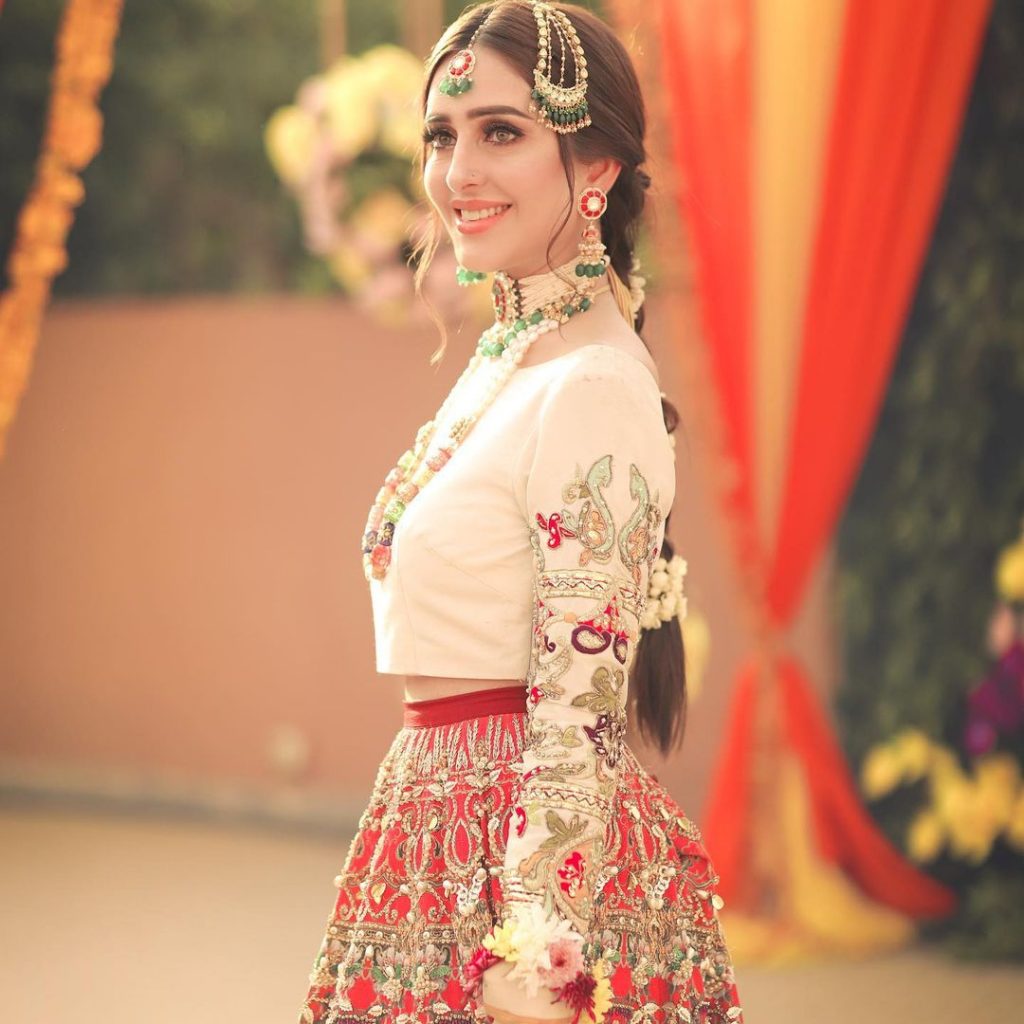 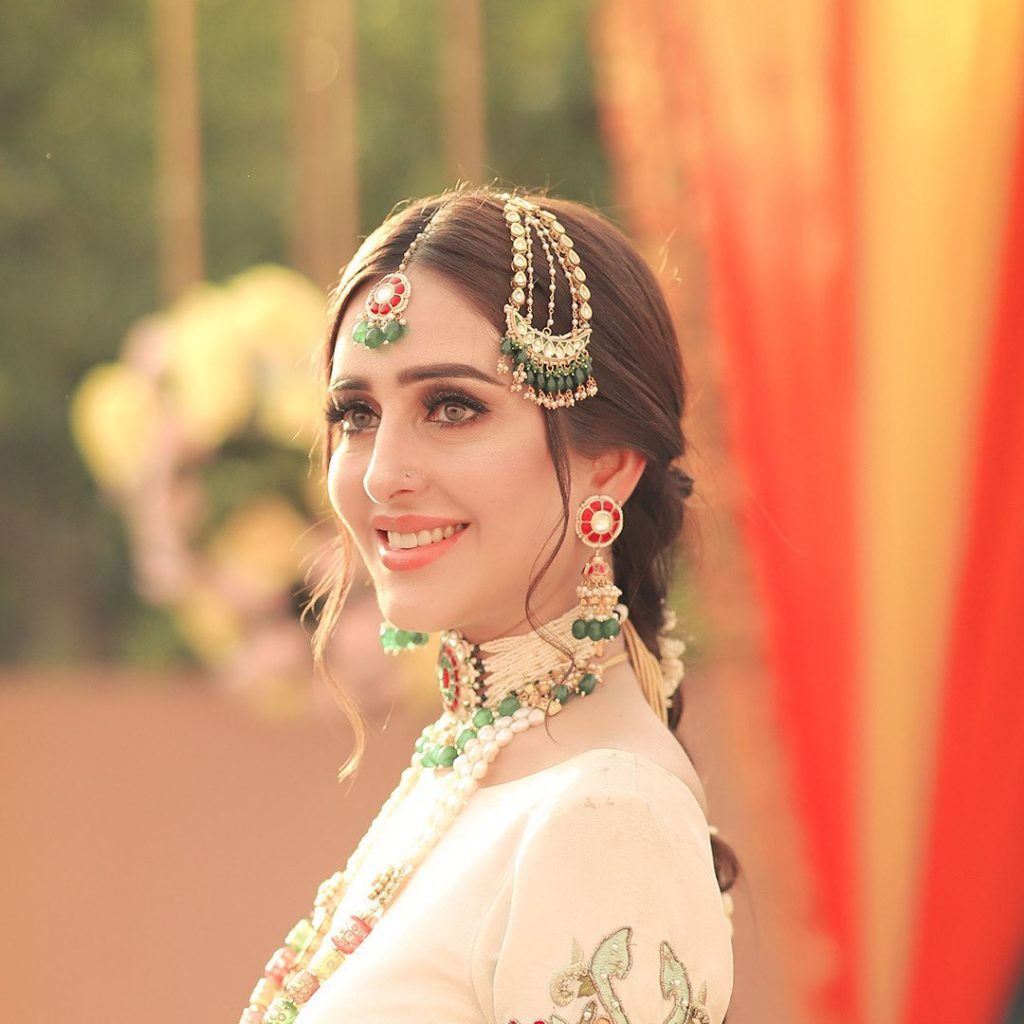 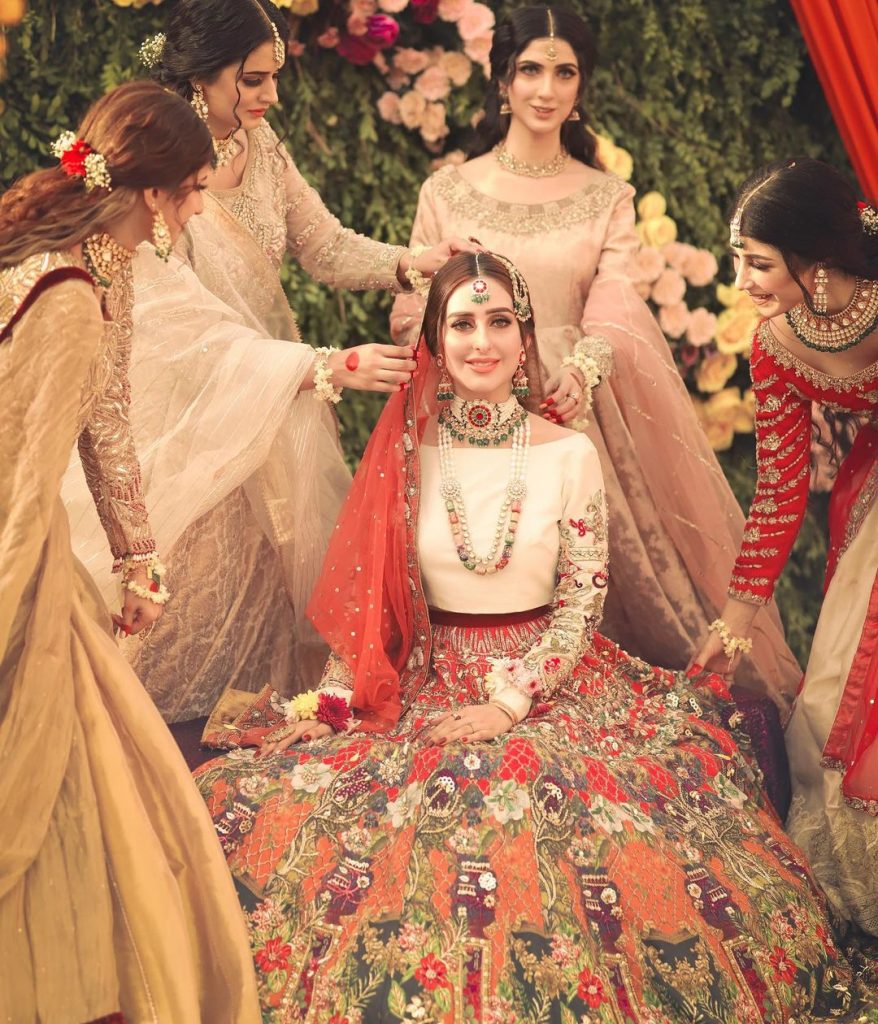 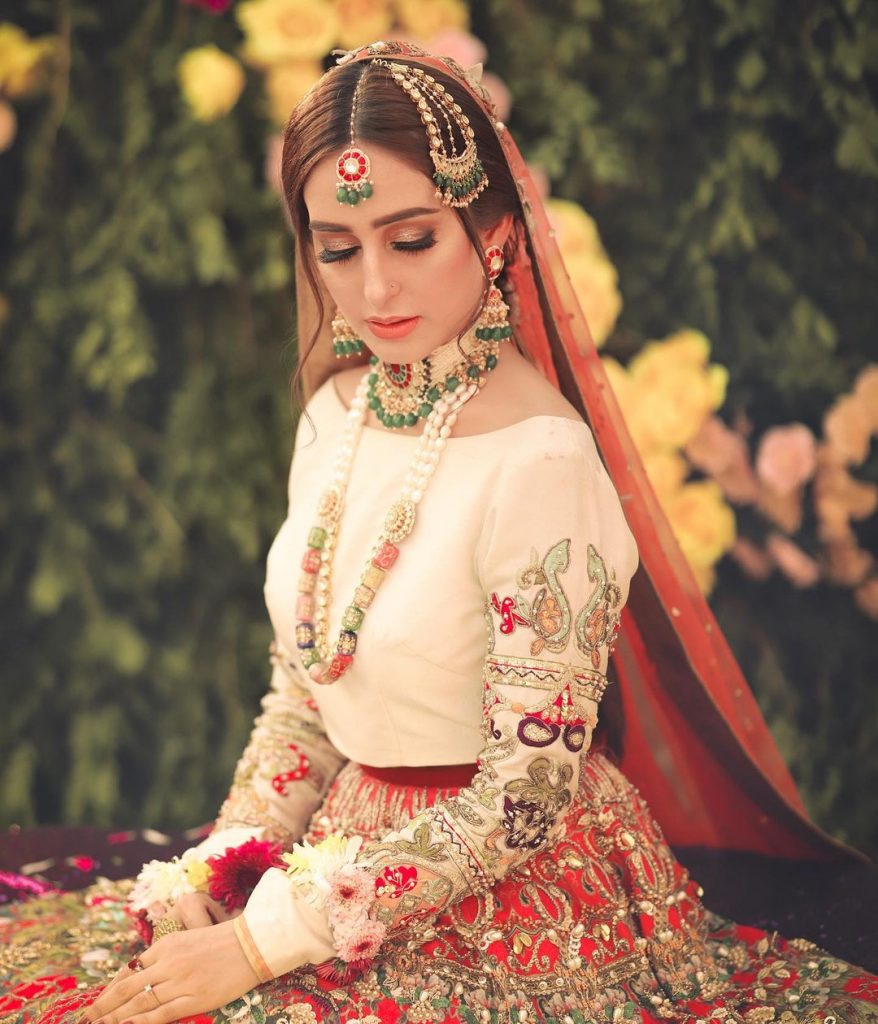 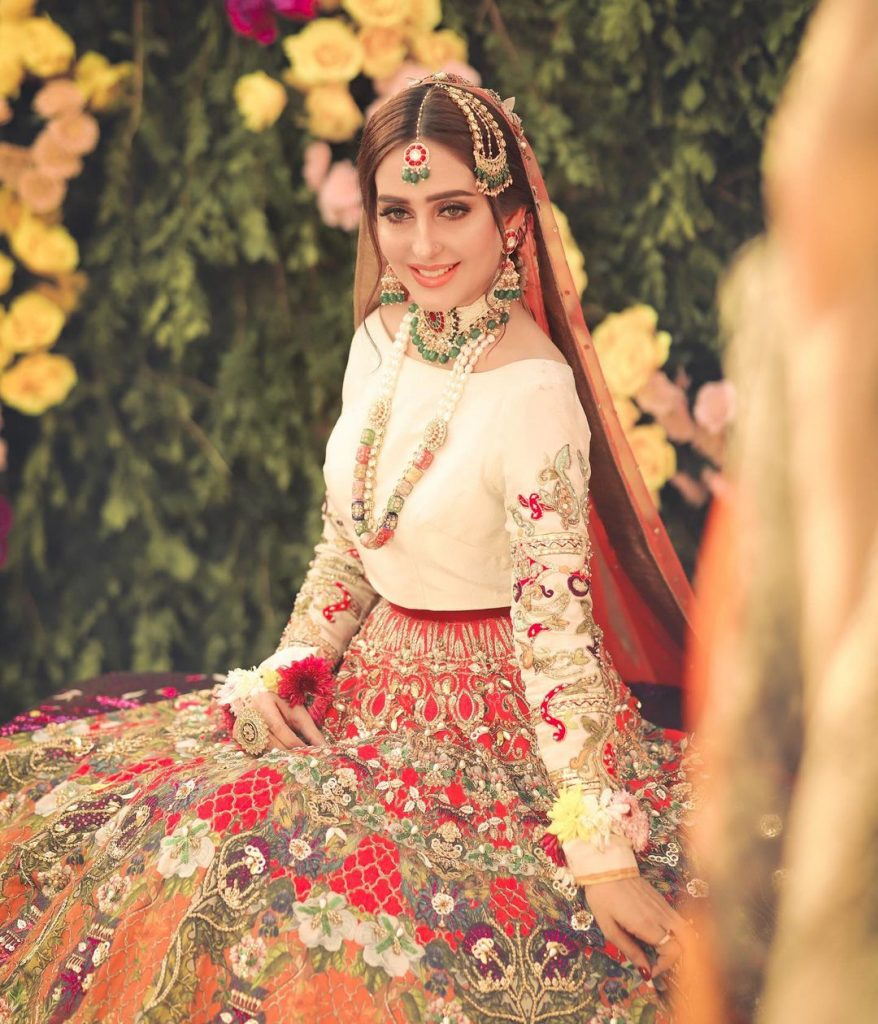 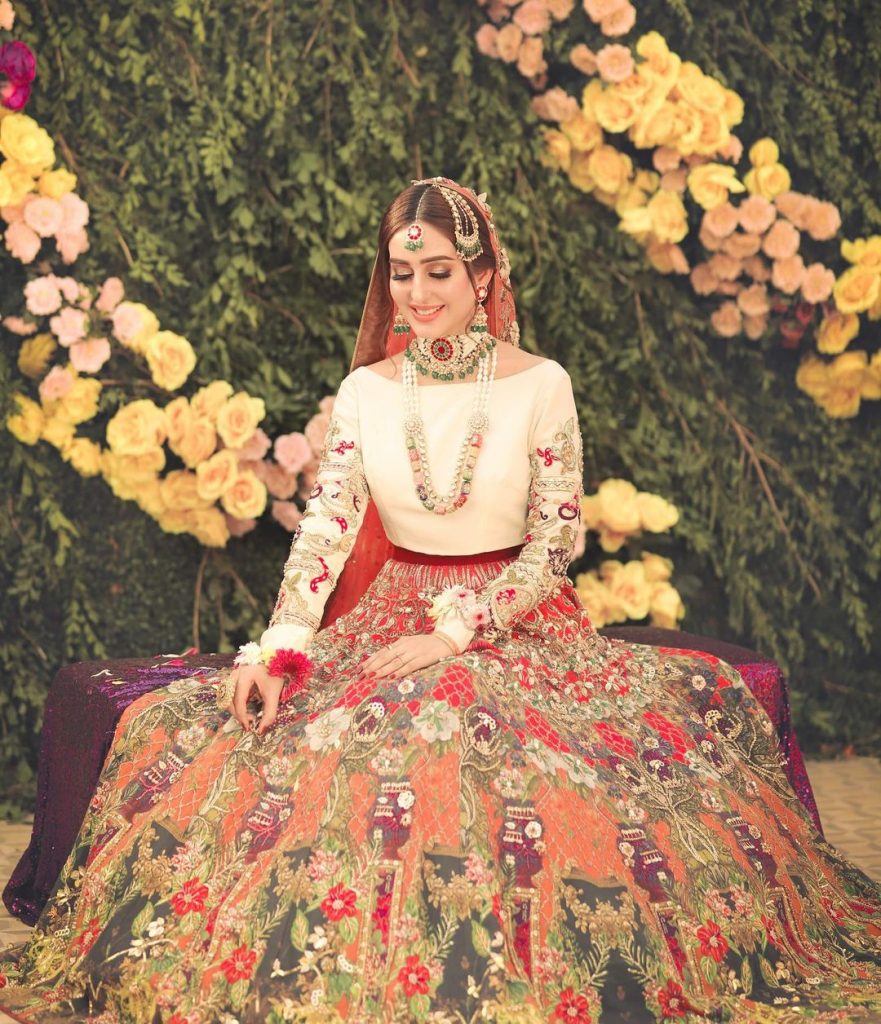