The Miss World Contest is one of the most awaited global events of the year. It happens to be the oldest surviving major international beauty pageant. It started off back in 1951, more than 60 years ago! Each delegate or participant must win her national title or a specifically designated Miss World national preliminary, to be eligible for competing in Miss World contest. The annual final event is a month long and consists of several galas, dinners, balls and many other activities which ends in a globally telecast final in which the delegates are narrowed down to between 15 to 20.

This year the spectacular finale of ‘Miss World 2013’ was held in an Indonesian resort island of Bali. Miss Philippines won this auspicious title this year and was crowned Miss World 2013. Megan Young, 23, who looked stunning in a pink fishtail dress, won the 63rd annual beauty pageant contest on 28th September, 2013. 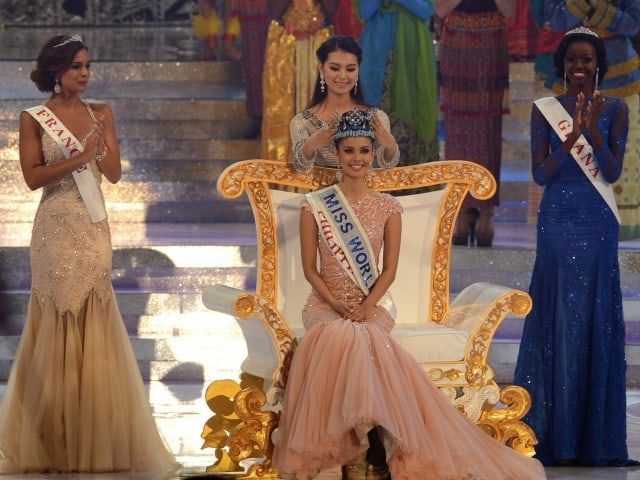 Megan had her eyes filled with tears of joy as she was awarded the most coveted title of the year. A very emotional Megan announced to the world that ‘I promise to be the best Miss World ever’

The second runner up in this competition was Miss France (Marine Lorpheline), followed by Miss Ghana (Carranza Naa Okailey Shooter) in the third position. Around 127 contestants competed in the finale, but they were quickly narrowed down to six. In the weeks before the finale, all the contestants took part in a series of challenging events for which they were given points. These included a bikini round, which had a slight change in its format this year. The participants were seen adoring sarongs instead of usual bikinis to avoid causing offense to the Muslim majority in Indonesia. All the contestants were photographed in different Bali locations wearing long sleeved shirts or body covering shawls so that the Muslim population would not get aggravated. 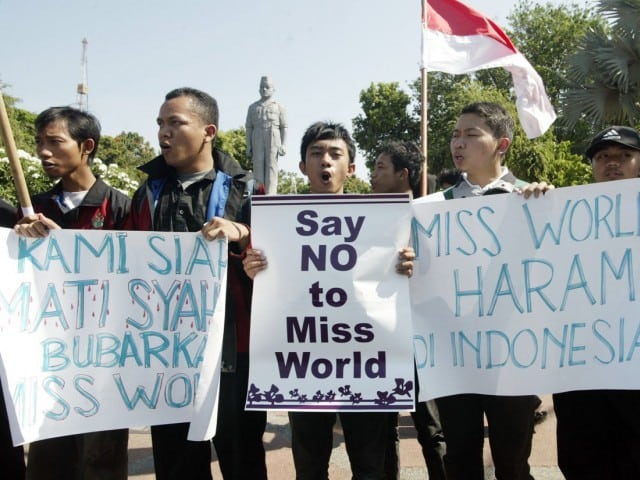 This year the contest faced a lot of problems due to the protest done by certain Muslims groups in Indonesia who regarded the beauty pageant as unethical and against their religion. Because of the uproar caused by the Muslims in Indonesia, the beauty pageant was shifted from the main island of Java to Bali. Around 600 people gathered in protest in Java around 3 weeks before the event, and the number kept on increasing by the day. Students came out in Java’s Surabaya City with banners which read “We are ready to die for the Miss World Contest to be scrapped” while other people bought goats wearing Miss World sashes to ridicule the event. Many people argued that this event exploited women and was an export of Western hedonism.

The event happened under tight security as there were almost 700 police officers along with the traditional Balinese security. Because of the deteriorating conditions, two participants from the initial 129 contestants also withdrew, and the contest was left with 127 contestants.

The air was thick with tension as the protest kept on increasing as thousands of Muslims protested across Indonesia. The participants and organizers were finally relieved when the three week contest finally came to an end this Saturday.

After being unsuccessful in their protest, the Muslim population gathered for a prayer session in Sentul, just outside the capital Jakarta, to express their opposition to the pageant.