Mohib Mirza Gets Injured During The Shoot Of Ishrat

Mohib Mirza is coming back to the silver screens with his movie Ishrat: Made In China. He was last seen opposite Saam Saeed in Bachana. He is producing and directing Ishrat too and the first spell of the film is complete. 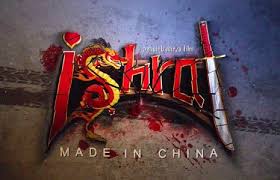 Mohib Mirza’s Ishrat is going to be an action-packed comedy and we are going to see many stunts. Mohib Mirza is performing his own stunts and during one of those shots, he got severely injured. The actor sustained some nerve damage but he is doing well as he informed his fans on his Instagram. It will be great to watch Mohib Mirza in a completely different role after Bachana. His fans are waiting for the teasers to drop as soon as they can so they can enjoy their favourite star on screen.