It has been reported that FIA cyber crime wing has arrested actor-singer Mohsin Abbas Haider and actress-model Nazish Jahangir in Karachi on Friday 21st August 2020. 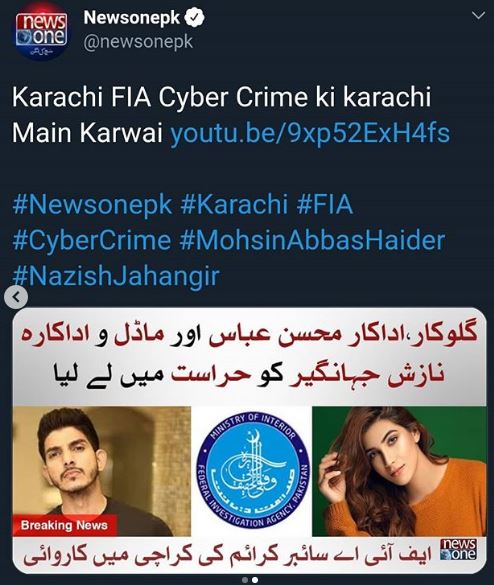 As being reported both Mohsin Abbas and Nazish Jahangir are being interrogated over charges of blackmailing, harassment, fake pictures, and videos, after evidences being collected against both of them by the federal investigation agency. 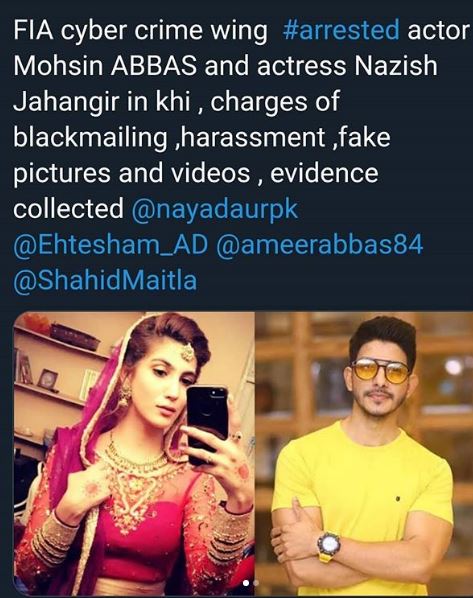 FIA has taken action over the complaint filed by Mohsin Abbas Haider’s former wife Fatima Sohail who came up on media with severe and serious complains regarding her husband and his so-called girlfriend. Lately Fatima Sohail in her complaint, has considered actor-singer Mohsin Abbas Haider and actress-model Nazish Jahangir responsible of harassing her on social media repeatedly since a year.

People are putting forward negative comments under the post that this is what Mohsin and Nazish deserved at the end.

Fatima Sohail also commented under the post with folded hands that is basically a gesture of hope and praising.