Mohsin Abbas Haider’s lawyer has given official statement after he is been proven innocent in money trail matter that at our last hearing the judge asked us to submit complete investigation report, so we have submitted that in which time, place and incident every thing has no timely connections and it was found baseless and bogus. The investigation was purely technical and high profile as SSP and AD IG were monitoring it themselves and all the statements were recorded in which the statement they recorded were all false even they said they have submitted the medical, after our verification even that medical was false, it was never in the record of that hospital. Also all locations were traced the locations and time of incident was also traced and everything proved to be bogus, the witness they told were there at the incident, were not even there.

They couldn’t even bring any money trail and witness in the court. They never presented any medical and prescription to the poilice. So today we withdrawn our bail from court.

Mohsin Abbas added it has proved that all the accusations were bogus, false and baseless and many time I said to people to do research, not every time a crying woman is truthful. I will always feel disheartened on this that my fraternity, bloggers, and people said
You have gone.

You time is up.

He said this will remain unforgettable.
He said most cute protest against me was those people from my fraternity who unfriended me and I was just smiling on their act, he said it is okay, what ever they are satisfied with but I will never forget this.

I was quiet because I was fighting my legal war and today the results are infront of you. He said biggest power belongs to Allah no matter how strong and politically influential you are.
Today I am proven innocent.
Thank you all.

The article is in the light of his verdict in which he said all witnesses were wrong also his wife accused him about money matters that were false and baseless, minor court found him guilty of threatening wife, the video is attached. 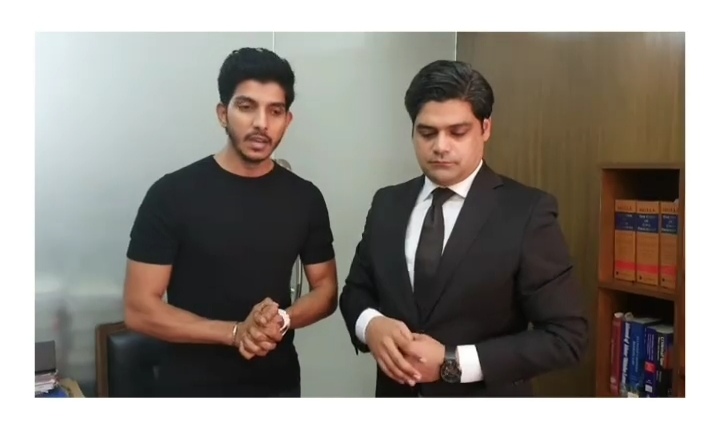