Afreen Afreen star Momina Mustehsan became talk of the town when the news of her broken engagement with fiance Ali Naqvi went viral.

Soon after, she updated her status and lashed out at media and rebuked them not to interfere in her personal life. Now, Momina herself first hinted that she is definitely single as she posted on Snapchat about a gift she received for Valentine’s Day, the caption, “Single girls get Valentine’s gifts too. Thanks @beoneshopone”. 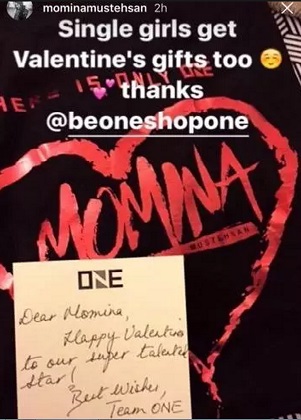 Followed by an official statement, she posted on social media. Addressing those who are concerned about her engagement in a post, she stated: “Yes, our families have mutually agreed to call off the engagement. Earlier when the news broke, I had requested everyone to not jump to conclusion and to not speak on my behalf on such a personal matter, and let me be the one to make the announcement when need be”. 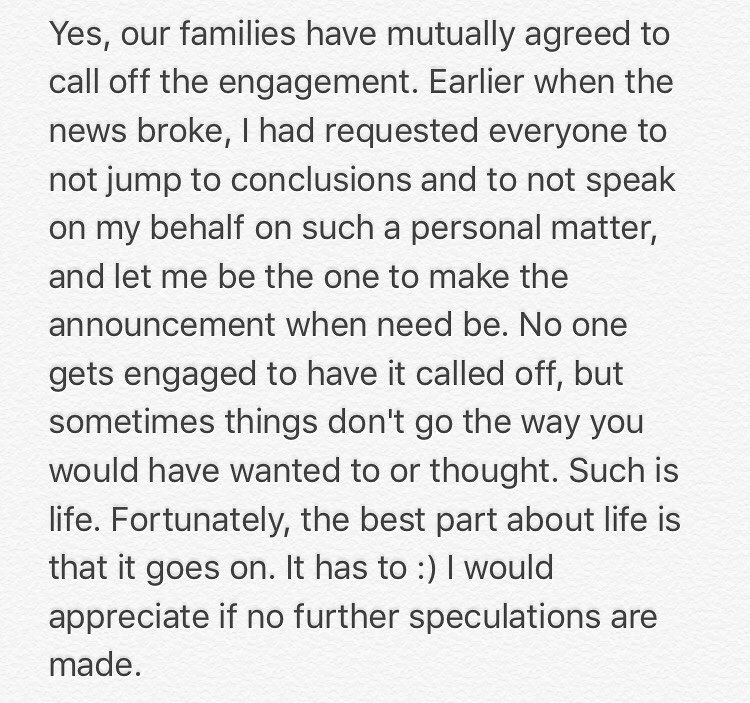