Morning Show Hosts – They Are All The Same!!

Generally speaking, I am dead against generalizing things, groups, or people but in this particular case I can’t help but generalize because after giving a lot of Morning Shows a shot every time the hosts changes I have come to the conclusion that there are some “qualities” which every Morning Show host must posses in order to fit in the “role” which the producers and perhaps the viewers have selected for them. Usually, a talk show reflects the personality, likes, and dislikes of the person hosting it but that is not the case in Pakistan. There is a certain formula that all the Morning Shows on different channels follow because for some odd reason it must be working for them. They are obviously catering to a particular kind of audience who must find these shows entertaining. Here are some of the qualities which every Morning Show host must have:

The Art Of Exaggeration!

Yes! After watching all these Morning Shows I have come to the conclusion that all our Morning Show hosts are experts at exaggerating things. They get excited over small things and obviously expect the same from their viewers! The audience in these shows is also directed to do the same and I am sure that most of the viewers like me are left wondering if they are the only ones who find this fake excitement exaggerated and Over The Top! 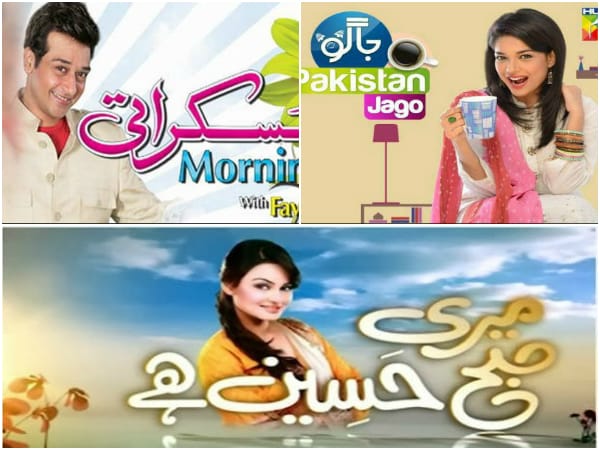 Gone are the days when you could be a host without being an actor because our Morning Show hosts have to act a lot. Just being who they are is not good enough, you have to fake expressions and sometimes even cry, now how can anyone possibly do all this if they do not know how to act? Sometimes I feel like there is very little difference between scripted dramas and live Morning Shows because they are equally scripted and most of these shows are being hosted by actors who are apparently advised to put their acting skills to good use while hosting these shows.

Even actresses like Sarwat Gillani, Sanam Jung, and Sanam Baloch who are intelligent people in real life have to lower their IQ level in order to match the standards of the Morning Shows they are hosting. If you are intelligent and refuse to act like you’re not then you may not survive in the Morning Show race for too long, a prime example is that of Marina Khan! She wasn’t OTT, fake and dumb and she didn’t last too long;) 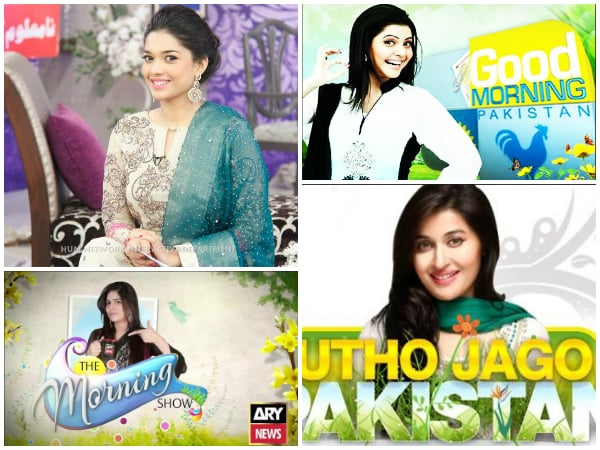 I have never been able to figure out why our Morning Show hosts dress up so formally and that too early in the morning! If hosting a Morning Show is like attending a wedding then they are dressed up perfectly for the occasion but if it is like a meeting with friends then they really need to rethink their dressing sense. Is dressing up loud a way to impress people? If it is then it is certainly not working!

There was a time when the cream of the entertainment industry was handpicked to host shows; these people were very articulate, refined, educated, polished, and brilliant. These people were true role models and their shows reflected their personalities. The hosts nowadays mostly bank on negative publicity and controversies to get attention. Being loud and over-confident unfortunately is a prerequisite for hosting a Morning Show. Even if the guests who are invited to the show are interesting, the loud music and the brainless questions make it impossible for the viewers to watch these shows.

What other “qualities” do you think a person needs to be a Morning Show host? Do share your thoughts!