With summer almost ending we are entering into a new season both weather wise and drama serial wise. To take care of your Pakistani drama serial ecstasy we are here with our list of most anticipated dramas this fall. The list includes dramas that hit the right cords and are hopefully a full package, delivering on all the fronts including cast, direction, plot and overall impact. Genre wise it is a diverse list from rom-coms to thrillers to dramas highlighting social issues we have considered them all. Take a look at our list and let us know if you agree.

Drama serial Baandi’s script has been written by the very talented and insightful writer Asma Nabeel. The play has been directed by Ahmed Kamran and it has been produced by Moomal Entertainment. Aiman Khan and Muneeb Butt will be playing the leading roles. The drama also boasts of a talented supporting cast. Hina Dilpazeer, Yasir Husain. Nomal Masood, Hajra Yasmeen and Kamran Jillani will also be playing important roles in this drama. The serial is about modern day slavery and how the society treats those people who are less fortunate. The promos are intense, they show how Aiman Khan – the protagonist – who is also the “baandi” is being sold at an auction. Will it be another story about a helpless girl who is ultimately rescued by the knight in shining armour or will this play have something bigger to offer?

‘Balaa’ is a Big Bang Entertainment production which is directed by Badar Mehmood, starring Bilal Abbas Khan and Ushna Shah in lead roles. The cast also includes names like Samina Peerzada, Mehar Bani, Zaekah Daniel and Sajid Hassan. The script is penned by Zanjabeel Asim and the cinematography is done by Faraz Khan. The teaser looked intense with great performances by Bilal Abbas Khan, Ushna Shah and Samina Peerzada which placed this drama on our most anticipated dramas this fall list. It is based on an unconventional story of a special person. In an interview, it was revealed by the lead actress Ushna Shah that she is going to play the role of a person with a disability who is insecure and disturbed because of her life. The drama will be aired on ARY Digital so do not forget to watch.

‘Mohabbat Karna Mana Hai’ is an upcoming drama serial with a star studded cast including Adnan Siddiqui, Samiya Mumtaz , Aly Khan, Adeel Chaudhry and Noor Khan. It is a story of love and loss directed by Furqan Siddiqui and all set to air on Bol Entertainment. The star studded cast is not just it to add more to the anticipation the original sound track for this drama serial has been sung by none other than Abida Parveen and it hits all the right cords. Add this one to your watchlist already.

A production of 7th Sky Entertainment and directed by the queen herself Mehreen Jabar ‘Dil Ka Kya Karoon’ definitely belongs on our list. The drama stars Feroze Khan and Yumna Zaidi in lead roles. The cast also includes stars like Marina Khan, Mariyam Nafees, Sarmad Khoosat, Shamim Hilaly and Sonia Rehman. Written by Asma Nabeel, this drama focuses on social issues including the second marriage of young widows. The drama will soon be aired and we await that day. 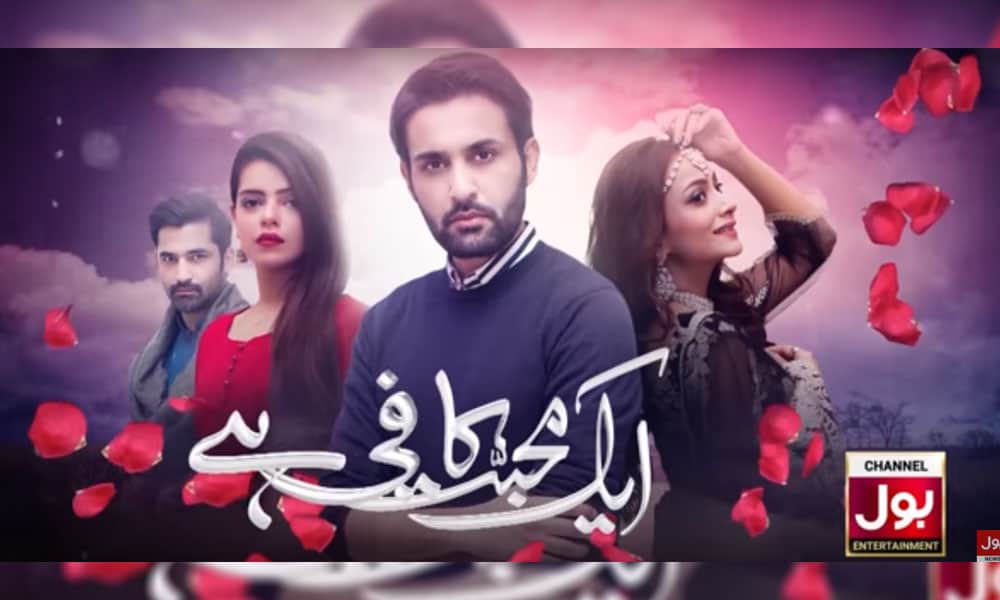 ‘Ek Mohabbat Kafi Hai’ drama will be BOL Entertainment’s debut serial. Apart from Affan Waheed and Zarnish Khan in the lead roles, the cast of the drama includes Sana Sarfaraz and Namrah Shahid. The names of the other cast members are yet to be revealed. If that’s not enough the OST of this upcoming drama is sung by the internationally renowned singer Shafqat Amanat Ali Khan. The story seems to revolve around two people who are in love and when there’s love there’s pain. The plot is overused so we wait to see how the team makes this drama stand out from the rest of the dramas of same genre.

Naulakha started airing on T.V One this August so I guess it can be included in this list of fall plays since it has an amazing cast including Sarwat Gilani, Mirza Zain Baig, Kiran Haque, Bushra Ansari, Behroz Sabzwari, Sana Askari, Syed Arjum, Azhar and Khalifa Sajeer Uddin. It is a 7th Sky Entertainment production too. The screenplay belongs to Umera Ahmed and Shehrazade Sheikh has directed this drama serial. The drama is based on the family procession, greed, and thrust for heritage, looks like a pretty neat watch to us.

This one brings the sizzling couple from Khaani back together which makes it a must watch for the duo’s fans. ‘Romeo Weds Heer’ is directed by Anjum Shahzad and written by Muhammad Younis Butt, produced by 7th Sky Productions. It will star Feroze Khan and Sana Javed in lead roles other cast members include Ali Safina, Shafaat Ali, Saman Ansari and Faiza Ali. The drama as the name indicates will be a love story but a comic one. Add this rom-com on your fall watchlist people. 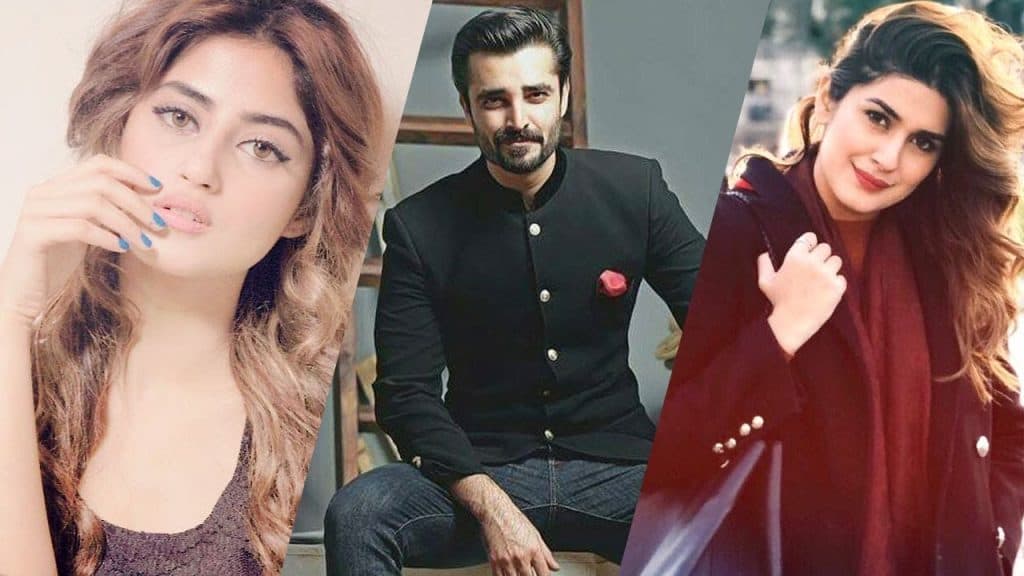 Alif has made it to our list not just because of it’s stunning cast that includes Noman Ijaz, Ahsan Khan, Sajal Aly, Kubra Khan and Hamza Ali Abbasi but also because it has been penned by Umera Ahmed which means only one thing, it will be ‘gold’. It is created by Sana Shahnawaz and Samina Humayun Saeed under their newly formed production house Epic Entertainment while Haseeb Hassan has directed it. Other cast members include Manzar Sehbai, Osman Khalid Butt, Sadaf Kanwal, Farrukh Darbar, Saleem Mairaj, Lubna Aslam, Umer Dar and Yashma Gill. ‘Alif’ touches upon the questions you ask yourself; questions about life and what it means. You’ll see how the lives of all the characters are connected with this single alphabet said Sana Shahnawaz in an interview. We expect great things from this one so fingers crossed.

Baba Jani is Faysal Qureshi’s latest project and as the name states it is a family drama. The serial has been written by Faiza Iftikhar and directed by Ali Faizan. Faysal has teamed up with Connect Studios for this venture. More names included in the cast are Saba Hameed, Madiha Imam, Ali Ansari, Faryal Mehmood, Adla Khan, Amir Qureshi, Jinaan Hussain, Tipu Yorguc Sharif, Maria Khan, Areesha Razi, Afshan Qureshi and Sheheryar Zaidi. The drama is slated to air on Geo and according to Faysal it will be emotionally charged naturally that tickles our anticipation bone. 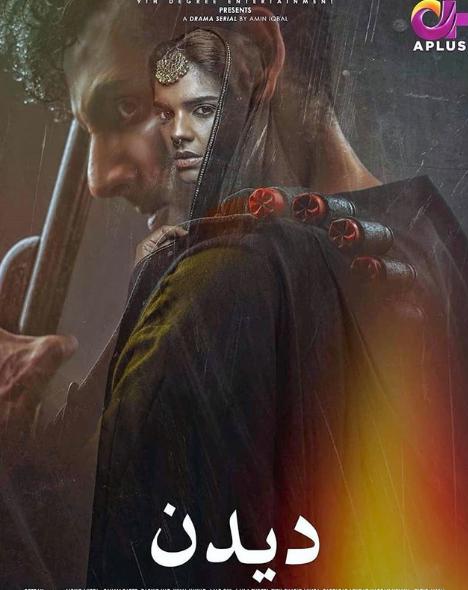 One name ‘Sanam Saeed’ when this name is associated with a project it is meant to be a blast. Deedan is not only aesthetically pleasing given the posters we have seen so far but it also looks like a complex story that is well layered. To make us wait more anxiously the drama also stars Mohib Mirza. It will also star Ajab Gul, Rasheed Naz and Huma Nawab. Directed by Amin Iqbal, it is expected to begin airing by the end of September on A Plus. This one has all the elements to become a must watch.

Who isn’t anxiously awaiting this mega star studded pre partition drama! Aangan has been making headlines ever since the beginning of this year and for the right reasons every time. Directed by Mohammed Ehteshamuddin under the banner of Momina Duraid Productions written by Mustafa Afridi, the drama is based on the award-winning novel of the same name by Khadija Mastoor. It is expected to air on Hum TV. The drama will mark the second mutual appearance of Ahsan Khan, Sonya Hussain and Mawra Hocane after the 2016 drama Haasil. It will also mark the second collaboration of Ahad Raza Mir with Mawra after the 2017 drama Sammi, and with Sajal Aly after the 2017 drama Yaqeen Ka Safar. In an interview Mawra revealed she will be playing the protagonist and narrator of the story. The story will be told from her character’s perspective, who will be seen romancing three men. The drama also stars Abid Ali, Zaib Rehman, Omair Rana, Hira Mani, Mustafa Afridi, Uzma Baig, Waseem Manzoor, Rabia Butt and Madiha Rizvi. With the amount of attention this serial has been getting even before airing one can only imagine what it would do after finally airing.

This sums up our list of the most anticipated drama serials to be aired on T.V this fall. Do let us know if there’s any drama serial that you think belongs in this list so we can update our watchlists too for we do not want to miss out on any good projects out there. Keep supporting us and great art.