The new album of Shoaib consist of songs in Pashto, Urdu, Hindko and Faarsi languages. 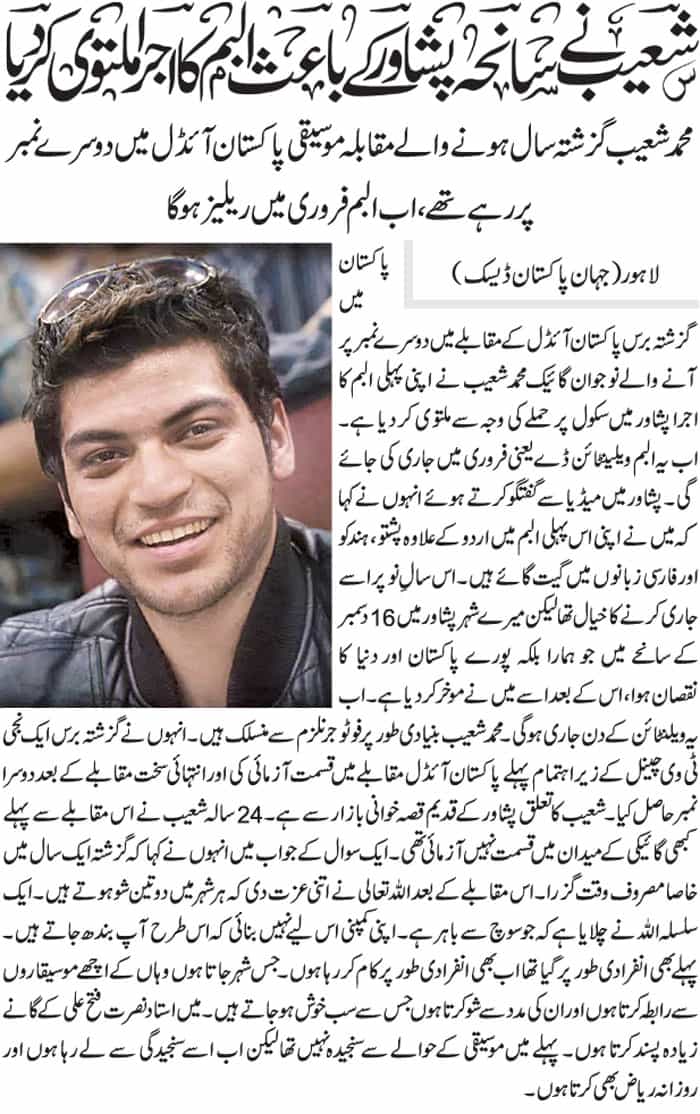