Musaddiq Malek Opens Up on Working With Feroze Khan In Detail

Musaddiq Malek is brilliant Pakistani actor and director, his claim to fame project was Mere Paas Tum Ho. Musaddiq recently gave a detailed interview to Hassan Choudary for Something Haute in which he has talked about the actors and their attitude. He has recently directed the drama serial Habs. He also shared his experience working with Feroze Khan, Ushna Shah, Sajal Aly & Humayun Saeed. Musaddiq Malek talked about why he did a post against Feroze Khan. 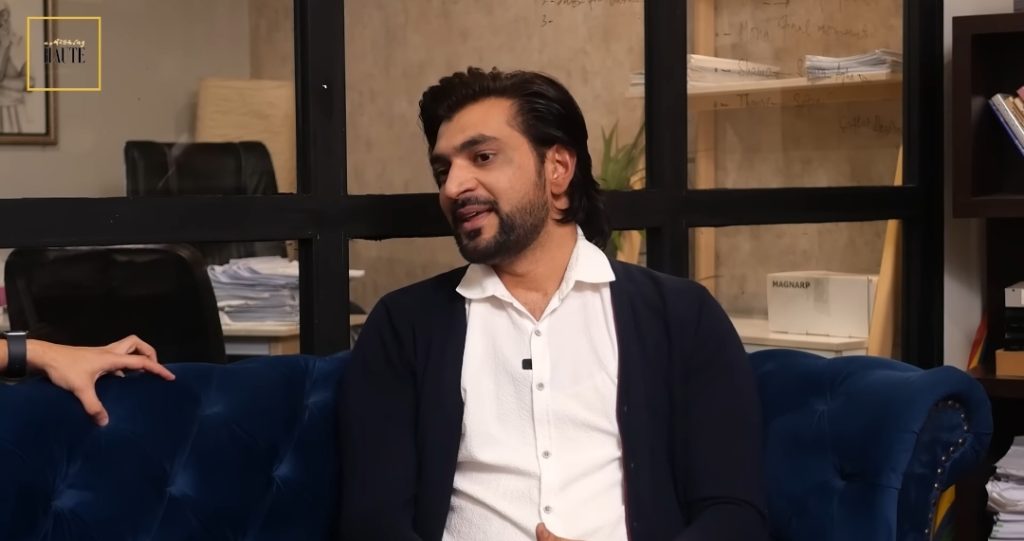 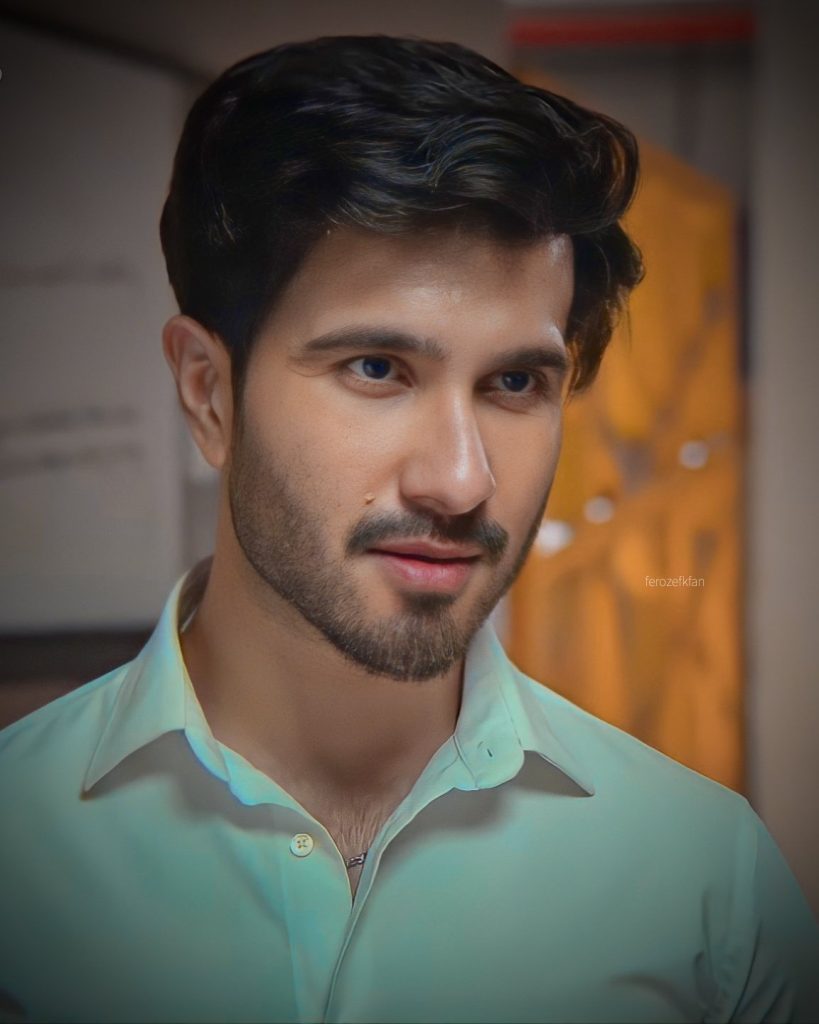 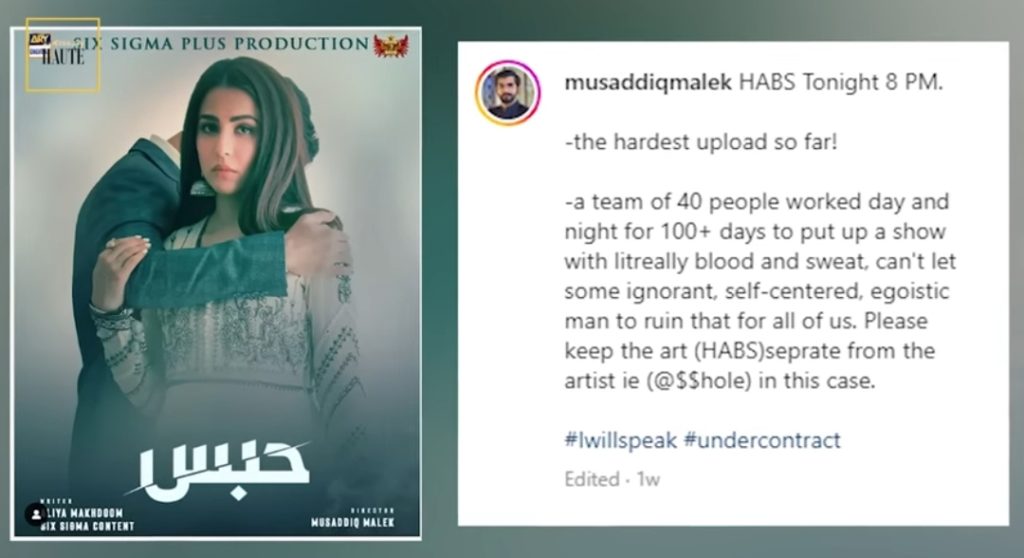 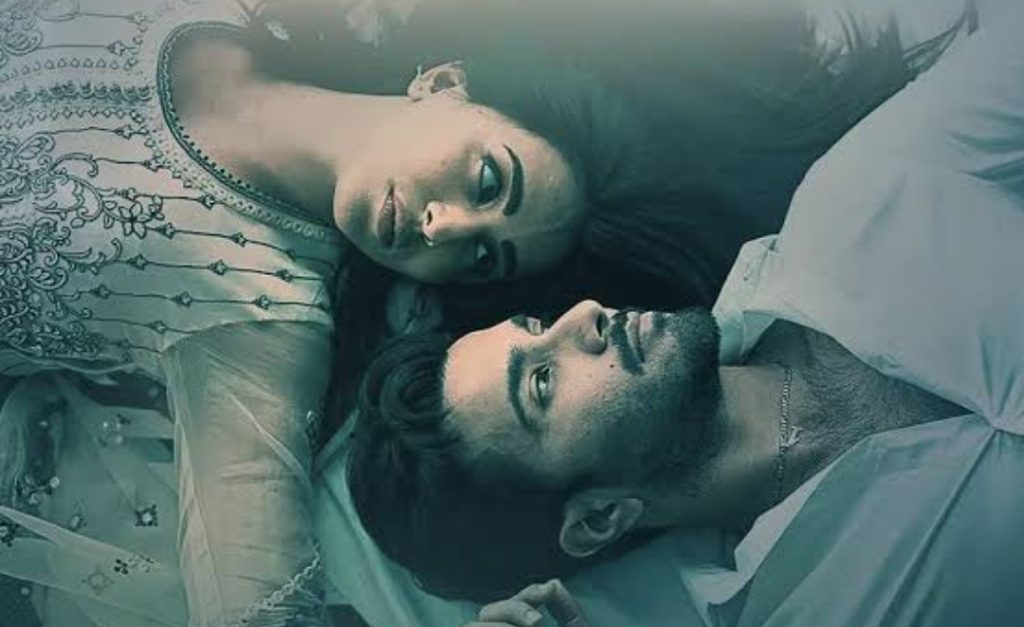 He said, “I discussed it with Ushna, Nadeem Baig and team and it was decided that we should keep quiet, but then I wrote my thoughts and posted it because, if I would have asked from others, I would have not posted it, it was my decision to post because domestic abuse is close to me, my aunty was killed by my uncle, so if anyone does a little of abuse, it’s a very big thing for me”. He further said, “working with Feroze Khan was a little tough because there were commitments from his side which were not transparent and he misled the team and also on many occasions he tried to double cross me, I want to tell people that an actor’s job is a serious job which many actors don’t take seriously, in Hollywood the actors come to pick the directors, in Pakistan director has to pamper the actor, then actor says, ‘I will come to do your scene’, it’s not my scene it’s what you are paid for, and I felt these things because I was coming from Nadeem Baig’s set where cast, crew and team was extremely professional. He further revealed that the things went wrong when Feroze tried to interfere in director’s job, on many occasions, he cried where there was no requirement. Musaddiq said that on many occasions he had to put his foot down because of Feroze Khan”. He then said that working with Ushna Shah was extremely amazing, I even praised her and she was surprised after my comments because Ushna Shah is famous for her issues. Have a look at it:

He further said that Humayun Saeed is amazing to work with and if anyone has to take work advice or learn work ethics, they must learn from Humayun Saeed and Sajal. Hava a look at link: