I wrote an article a few months back about my favorite on-screen characters, chosen from the plays that were on air at that time. Many months have passed since that article was posted and now is the perfect time to share with all of you some of my favorite on-screen characters from the recent plays because there are a number of dramas on air at the moment with some very relatable and interesting characters. I think that a strong script is one which gives us characters that are nicely etched-out. There are some characters we love because we can relate to them, there are others which we like because they are inspiring or just plain cute and there are those which just leave you wondering but you still like them! Here is the list of characters which I am really enjoying watching nowadays. Please feel free to add to the list because I am not watching Aik Nayee Cinderella and I know from the viewers’ discussions on this forum that people find some of the characters in Aik Nayee Cinderella very cute. 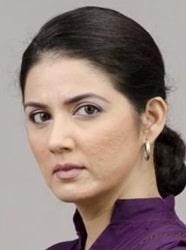 Believe it or not this arrogant, selfish and rigid woman is on top of my list! Why? Well because I think we have not seen a character like Zubeida in a very long time. She is strong and selfish but I have to say that I find it difficult to totally dislike her. Although sometimes Zubeida’s double standards shock you to the core but there are times when one feels like there is a reason why Zubeida is the way she is. She was given the responsibility of looking after her siblings at a very young age and she could not marry the one man she loved because her mother wanted her to marry a rich man so that she could help the family financially. Does it sound like I am supporting this head strong woman? Well not really I do see very clearly that she is a hypocrite who “cheats” on her husband by emotionally relying more on her ex-fiancé than her own husband and tells the women around her that they need to respect their spouses when she has no respect for her own husband. There are so many interesting shades to Zubeida’s personality, I absolutely love her character and the play too and I am waiting to see what the new twist in the story has to offer. The character has been played brilliantly by Savera Nadeem and half of the beauty of this character lies in the way she has brought it to life on-screen. 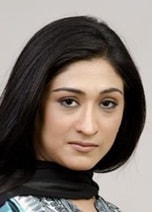 Yes another character from Bari Apa. In fact I was quite confused as to who I should put second on the list Riffat or Firdous. But Riffat deserves this spot much more than Firdous does. Although Riffat is not playing the lead in the play but I fell in love with her character when she decided to walk out on her husband after he threatened her of divorce…finally a woman who can put her foot down and take a stand where it is needed! The way Riffat feels for Bari Apa when she finds out that her husband married another woman and does not derive pleasure from the news showed that she is a very nice person at heart. While Firdous rejoiced at the news that Zubeida was in deep waters, Riffat did not think like that for a second. Madiha Rizvi has done complete justice to her character and is spot-on as Riffat. 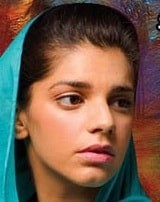 Kashaf has won my heart only after two episodes; well to be honest I have liked Kashaf right from the first episode. We have seen many characters that are “somewhat” like Kashaf on-screen; girls who are poor and complain often but Kashaf is in no way like all these characters which we have seen previously. Kashaf has so much more to her personality that just the complaining bit. She is a practical and hardworking girl who loves her mother so much that all she dreams of is a day when her mother will not have to work so hard to make ends meet. Kashaf does not only dream of that day but is working hard to achieve that objective. Kashaf is not waiting for a prince charming to come rescue her but she relies only on her own strength. Sanam Saeed is doing a remarkable as Kashaf and I am really truly looking forward to seeing more of her. I am quite certain that she won’t let her fans down. 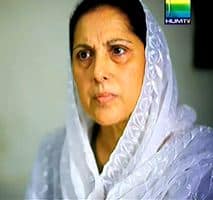 Rafia (Kashaf’s mother) is a woman who may have had a very tough life but she is still very positive. She is a brave woman who loves her husband and of course finds it very difficult and hurtful to be ignored by him but she still has the courage to go on with life because she knows only too well that she is the only hope that her daughters have. Kashaf may complain and think negative thoughts but she is brave, courageous and practical like her mother. Samina Peerzada never fails to impress us and although she has played so many such positive characters in the past too but she does not bore us for a second.

Even those of you who are not entirely enjoying Tanhiyaan Nayee Silsilay must admit that even after so many years Behroze Sabzwari has managed to pull off this character with just as much ease as he did so many years back. Qabacha is cute, caring, and sensitive and puts a big smile on my face every time he comes on-screen. He was my most favorite character in the original Tanhaiyaan too and honestly speaking I was a little apprehensive to watch him on-screen all over again because it could ruin my childhood memories. But this new Qabacha is just cute and lovable as the old one. Behroze Sabzwari deserves special praise for a job well done.

Out of all the new characters that have been added to this sequel Serena has to be my most favorite. She is fun, bubbly, cute, caring and simply adorable. The way Serena has “converted” herself (the chori daar pajamas, choorian etc) after coming to Pakistan is very sweet. Syra Yusef has turned into a wonderful actress and she was the perfect choice for playing this role.