Nadia Jamil Describes How Cancer Affected Her After Hater’s Taunt

Nadia Jamil is a gorgeous and stellar Pakistani actress. Nadia Jamil has worked in countless television dramas including Damsa, Durre Shehwar, Mujhey Jeene Do, Jo Bichar Gaey and many more. A few years ago, Nadia Jamil was diagnosed with breast cancer, she has now been recovered from cancer. Nadia Jamil appeared in Jo Bichar Gaye after regaining her health. She was praised in the drama as well. 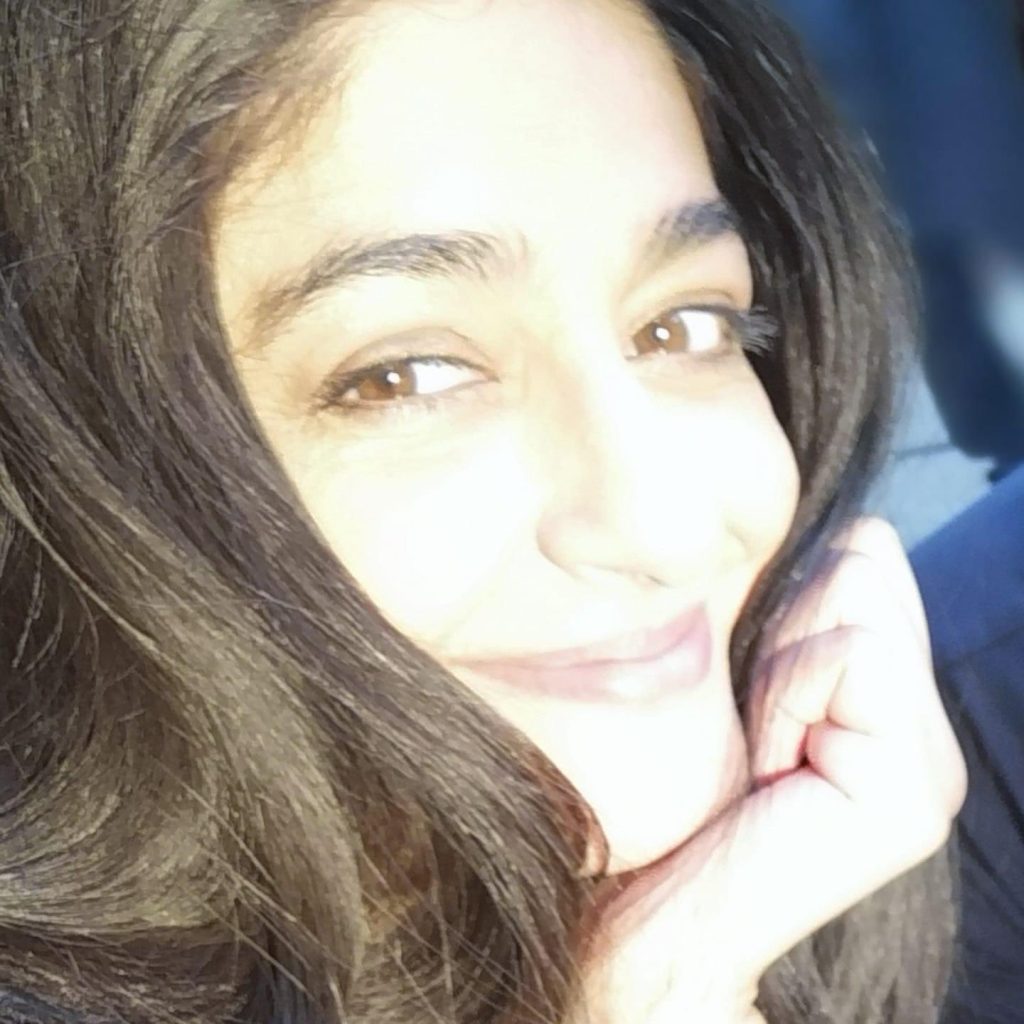 Currently, Nadia Jamil has been vocal on social media, she loves to raise her voice on social issues, well, today, a twitter user taunted Nadia Jamil on a disagreement, well, he took a jibe at her cancer, he wrote, “Cancer seems to have badly affected your already small brain. Take some time off & spend it for improvement of your mental health. Thankyou.” 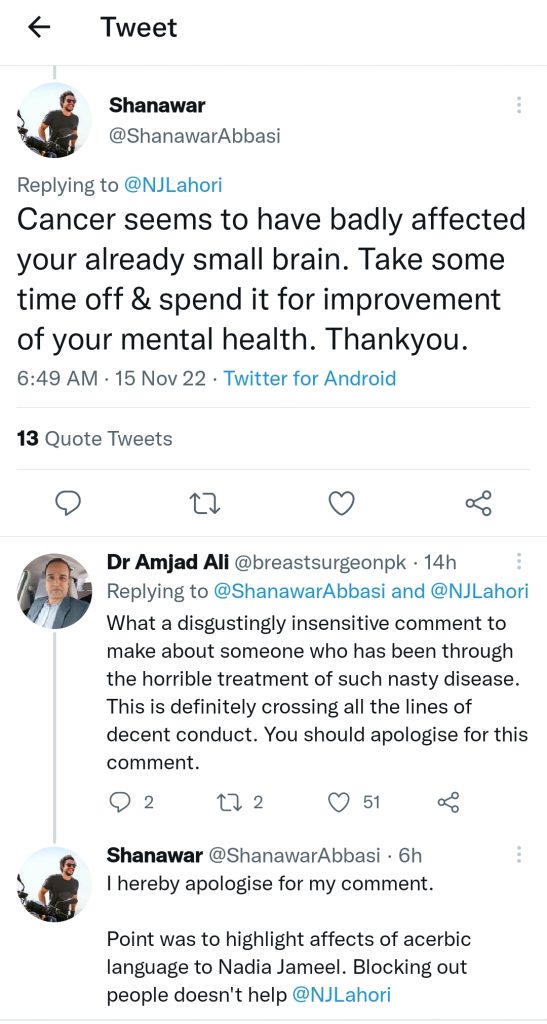 This was retweeted by Nadia Jamil and she got emotional, Nadia replied to the insensitive and hateful comment. She wrote, “Cancer left me with chemo induced diabetes. I was in coma for four days because I got sepsis. I have permanent chemo caused nerve damage in my right foot. My children suffered. My mother suffered. My marriage suffered. So don’t ever casually remark to me, what cancer left me with” 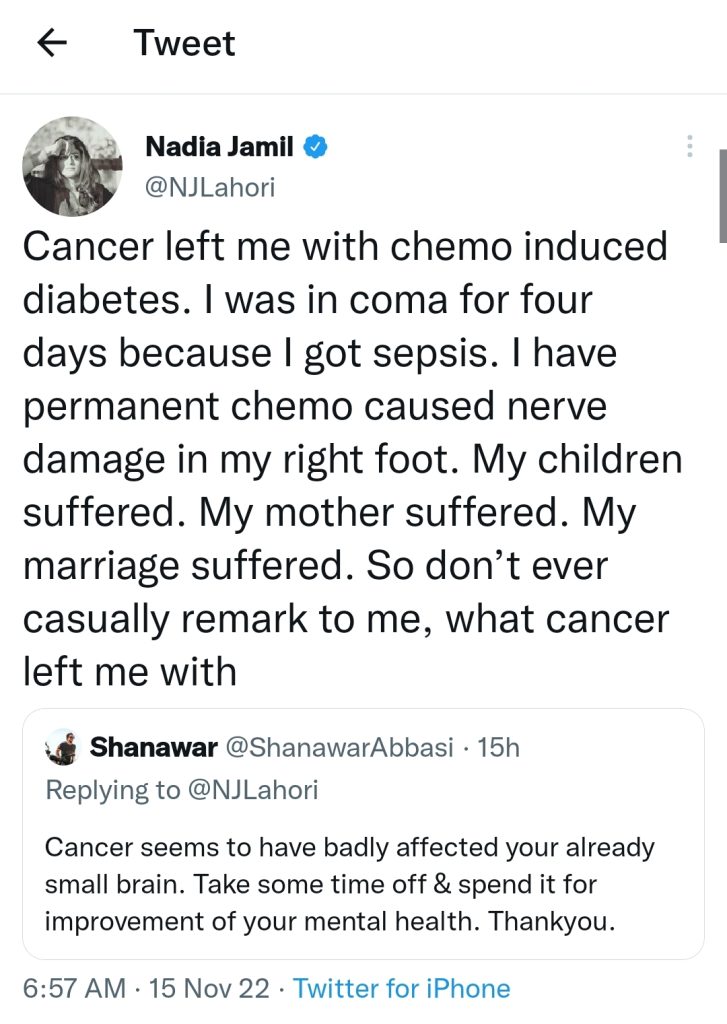 After reading the exchange of the Tweets, the twitter users were disgusted and they came into the support of Nadia Jamil, almost everyone condemned the insensitive comment shared by the Twitter user, many of the Twitter users admired Nadia Jamil’s strength and her journey. One fan said that Nadia Jamil is a warrior and may Allah save everyone from this kind of illness. All the fans urged her to stay strong. They called out the hater. They prayed for her strength and good health as well. Many of the people also condemned the insensitive behaviour of the Twitter user. Here are comments: 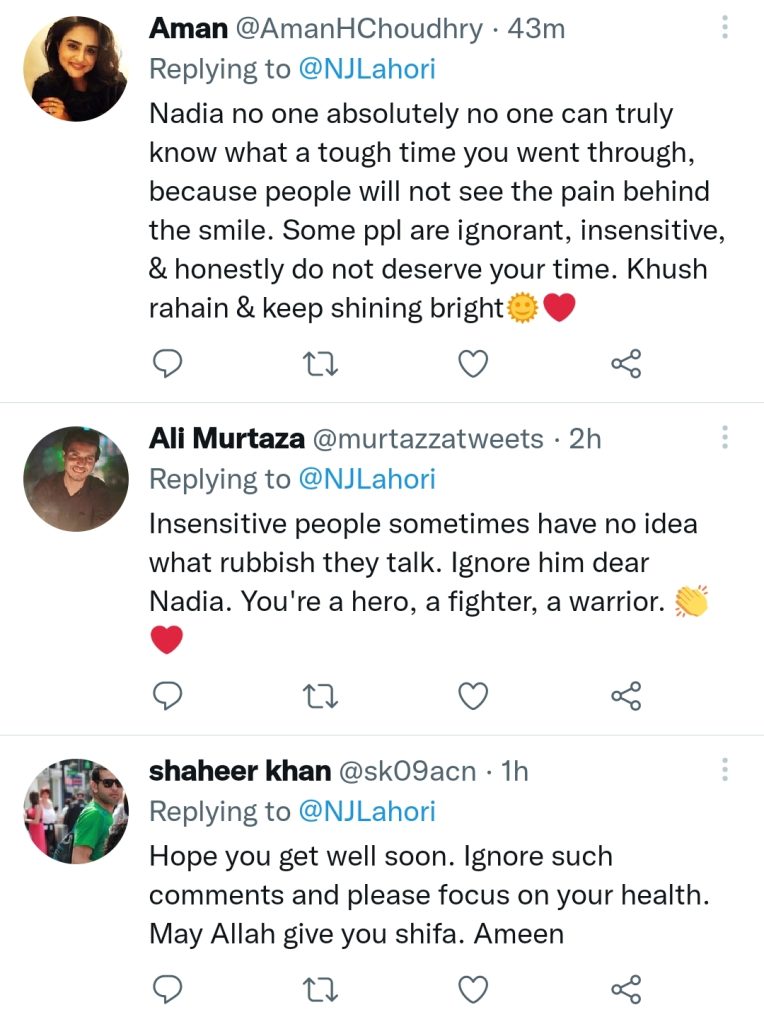 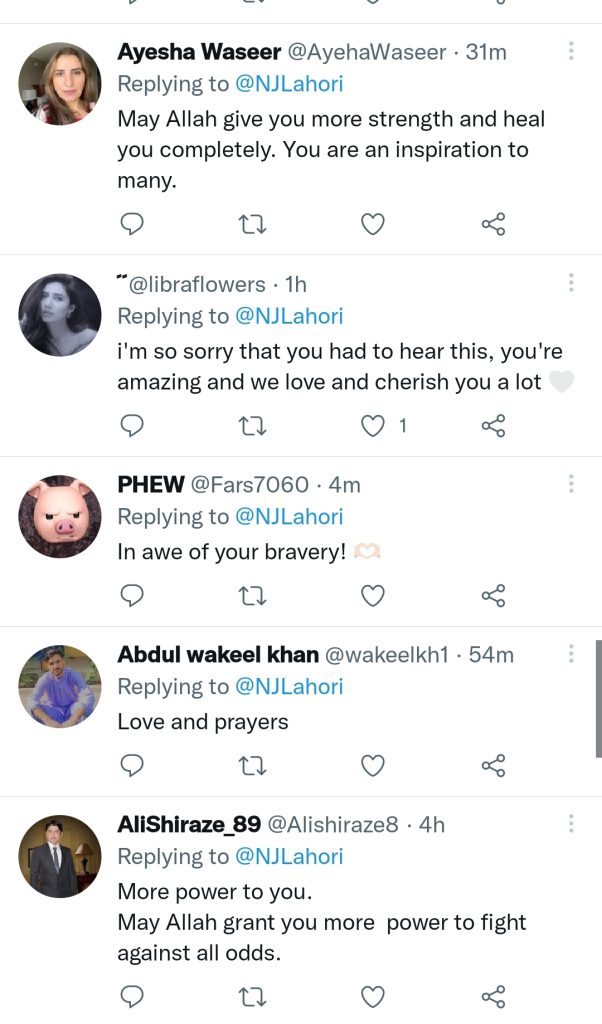 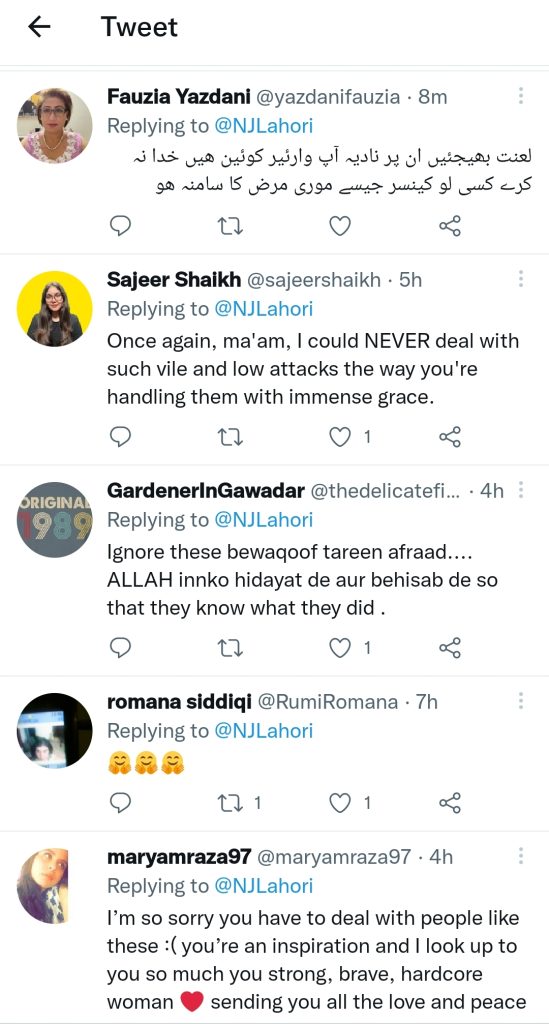 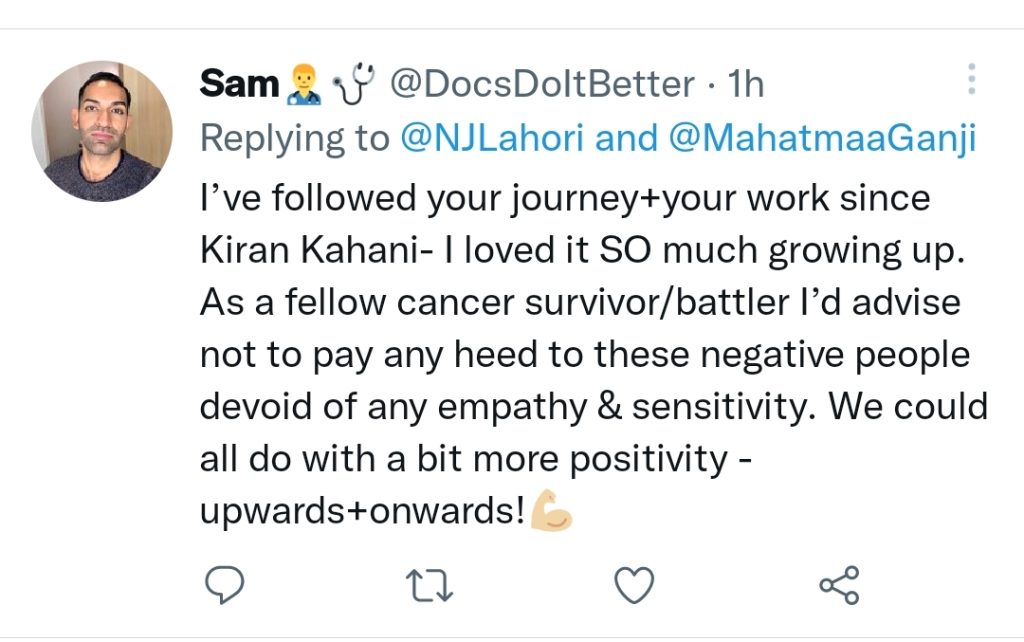 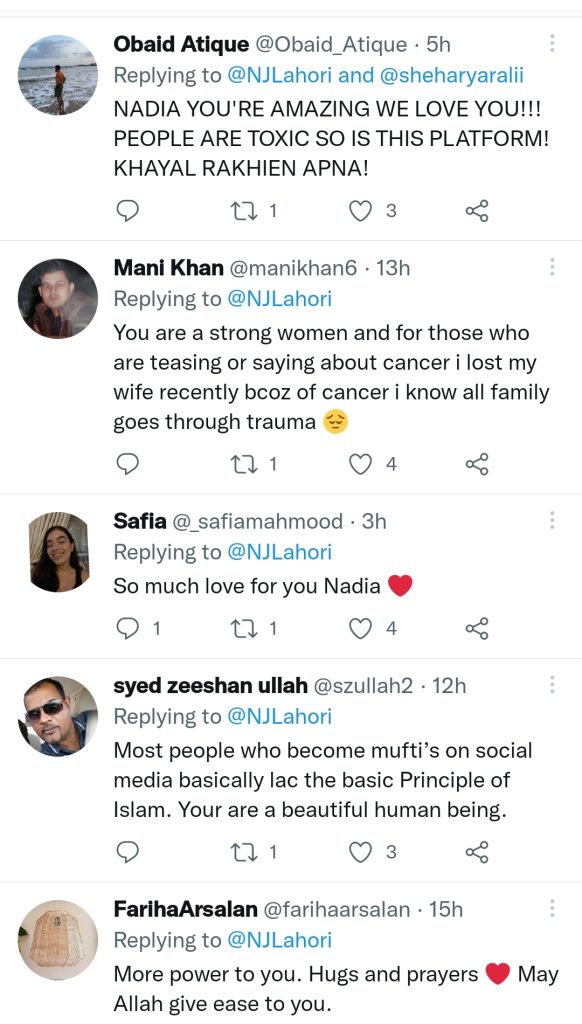 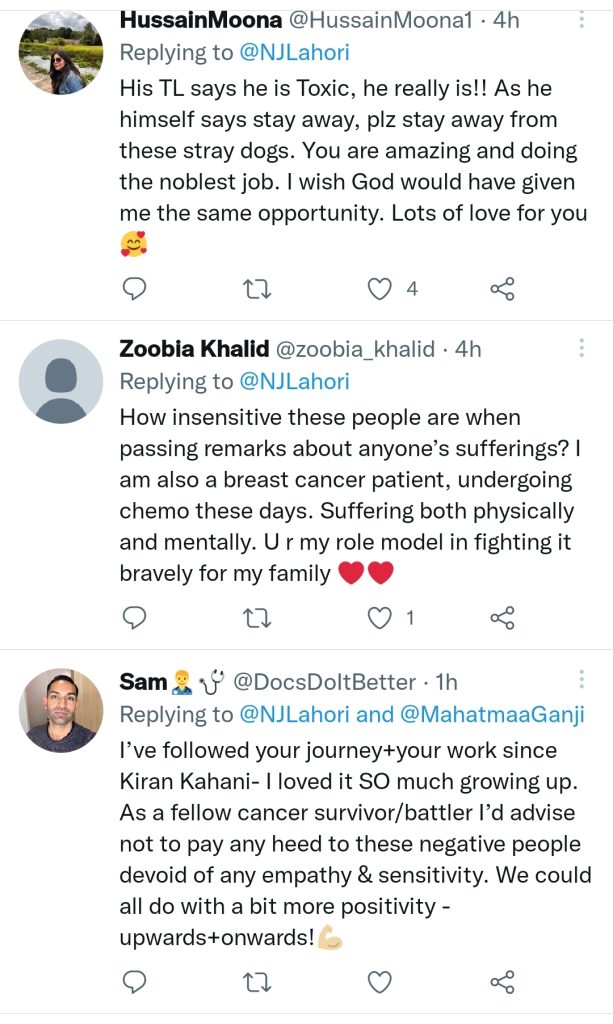 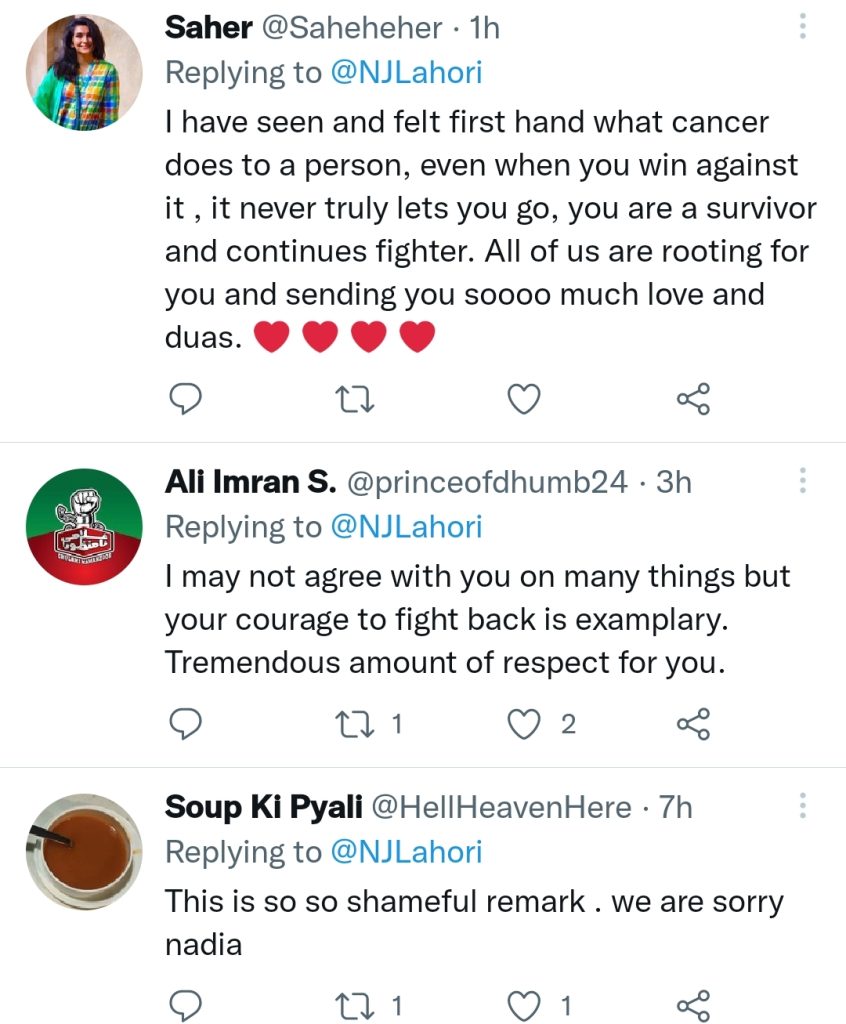 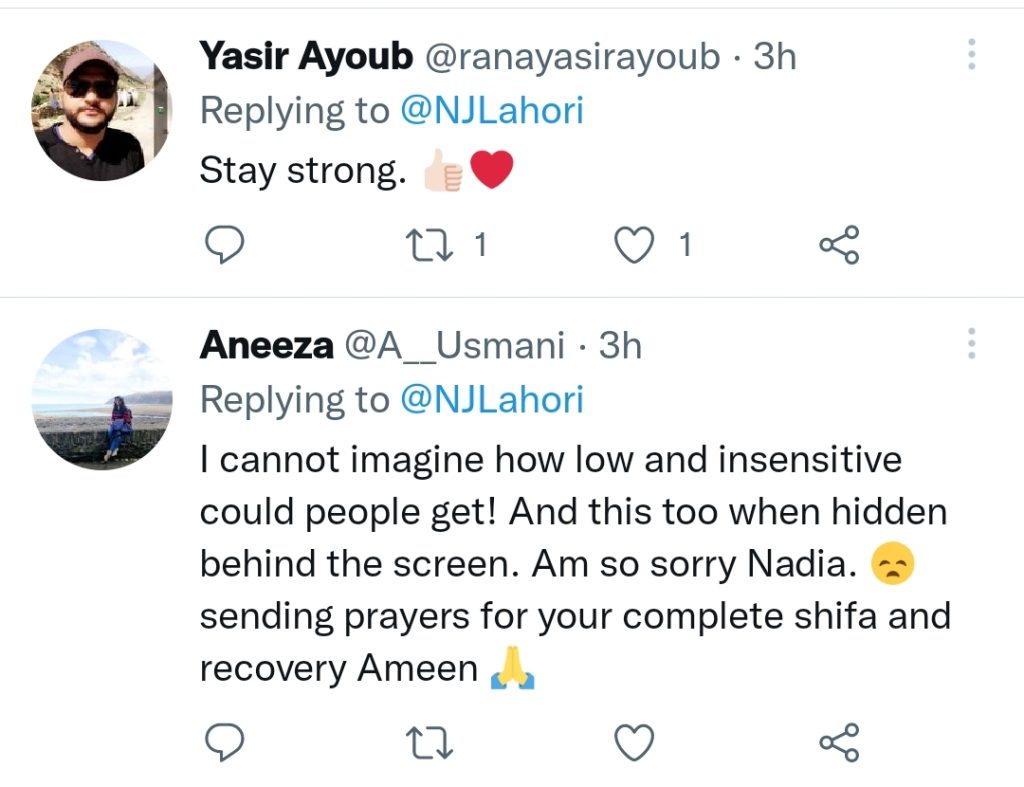 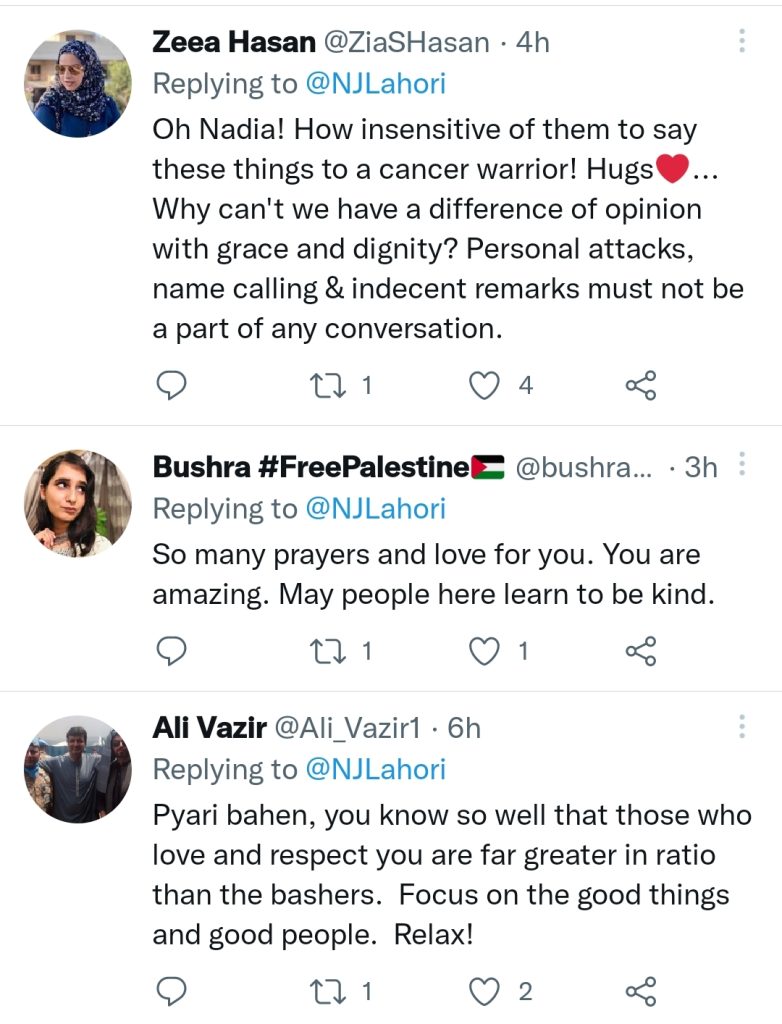