Every news seems a rumor on social media sites especially when the authentic sources remain silent over a matter. Whether it be a real one or the just  hype been created by the fans, it has been heard that Nadia Jamil is writing a drama which would bring back the most exciting couples back on-screen once again.  Although the name of the drama is still not shared with the audience, this drama will  be directed by Haissam Hussain, starring Fawad Khan, Mahira Khan, Sanam Baloch and Humayun Saeed. Humayun is said to be the co-producer of this venture. The shooting is expected to start in July this year. 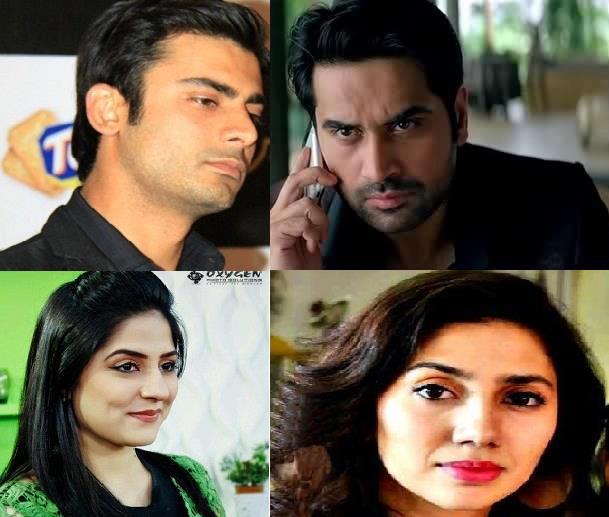 While I was going through the social media platforms, I found that this time Fawad would share the screen with Sanam Baloch, bringing back the jodi of Dastan, while Mahira would be paired with Humayun Saeed (they were seen together in Drama-Niyat)

The Story is still not disclosed and the audience seems excited about the project.

Lets see what does this drama brings for these celebrities this year!