Hamza Ali Abbasi and Naimal Khawar are one of the most adored and loved celebrity couple of showbiz industry. The couple became the talk of the town ever since they tied the knot. Despite their brief on-screen stint, the couple has a huge fan following on social media. The couple is blessed with an adorable baby boy Muhammad Mustafa Abbasi. 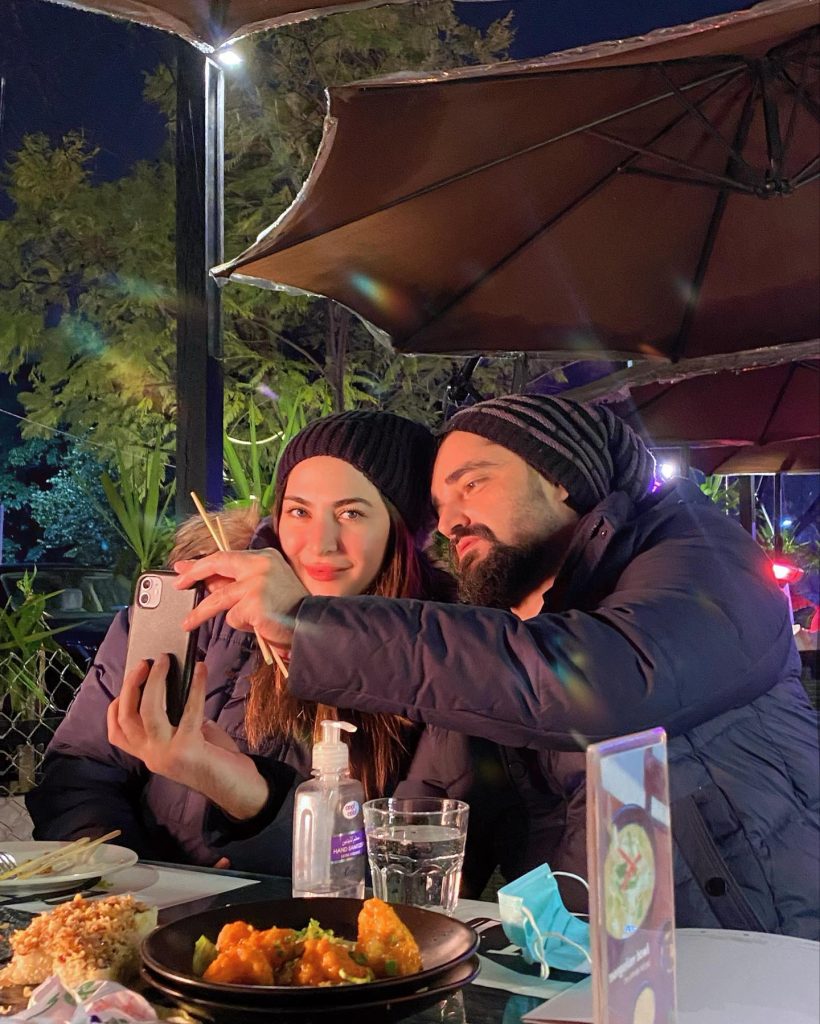 Recently, Naimal Khawar dropped some adorable clicks with her son Mustafa Abbasi on her official Instagram account, leaving the fans gushing over the latest pictures. The mother-son duo looks super cute while they pose for some pictures together. Let’s have a look at Naimal and Mustafa’s recent bewitching clicks together! 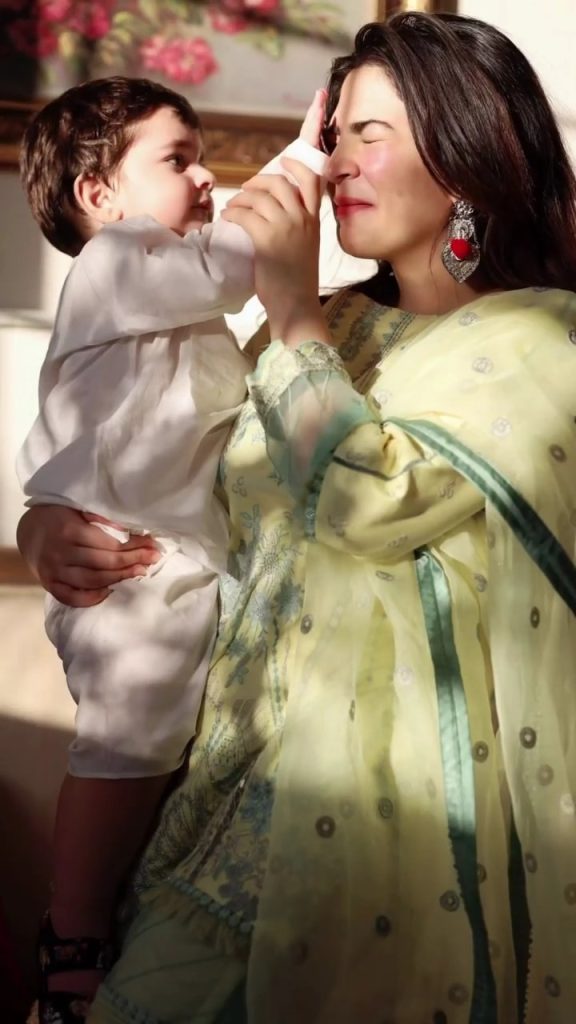 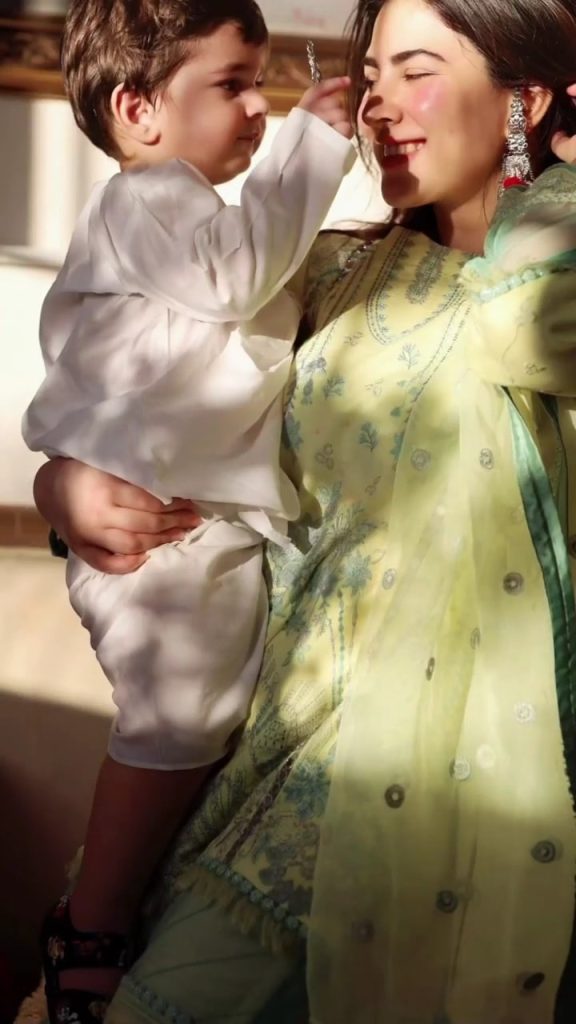 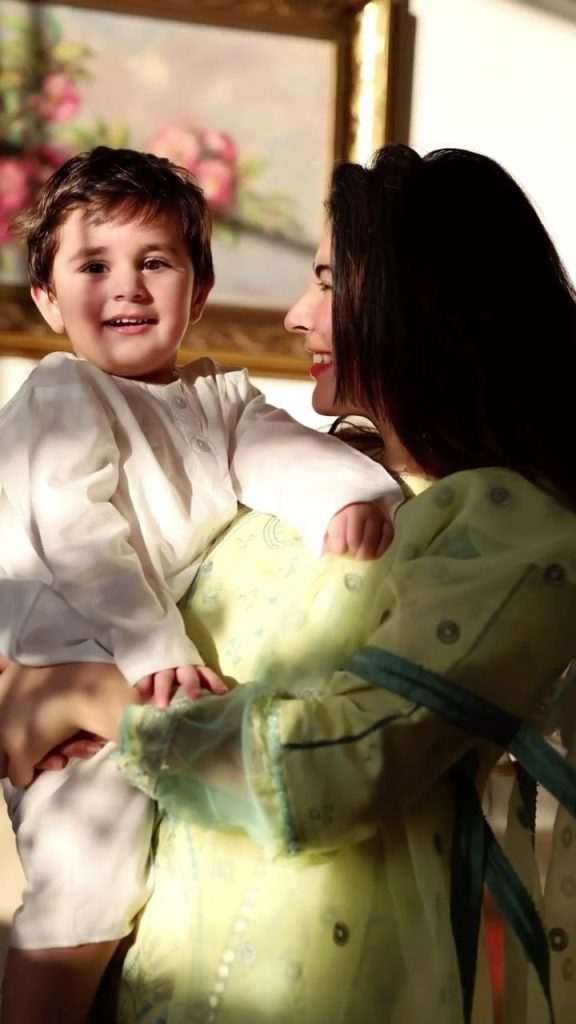 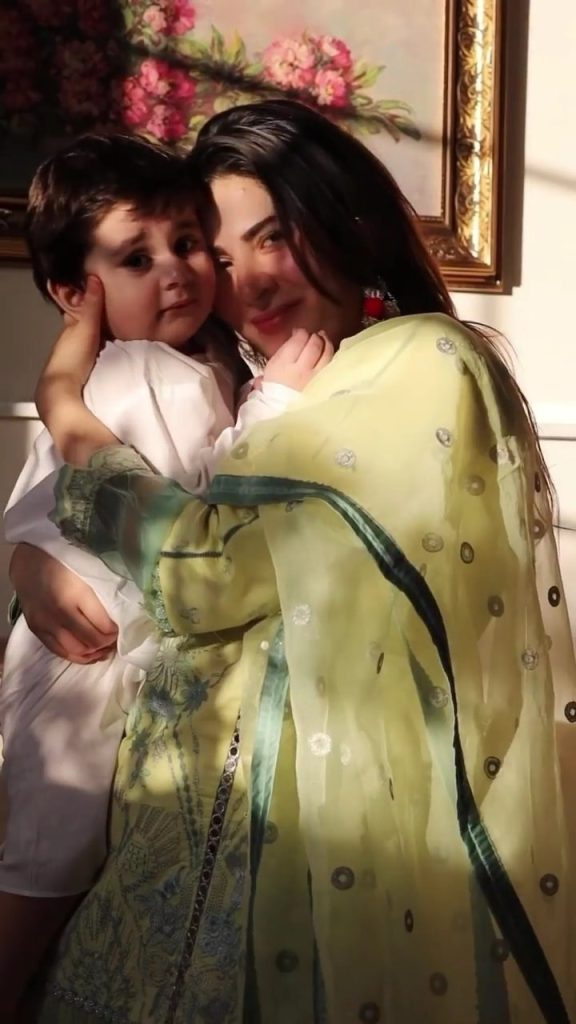 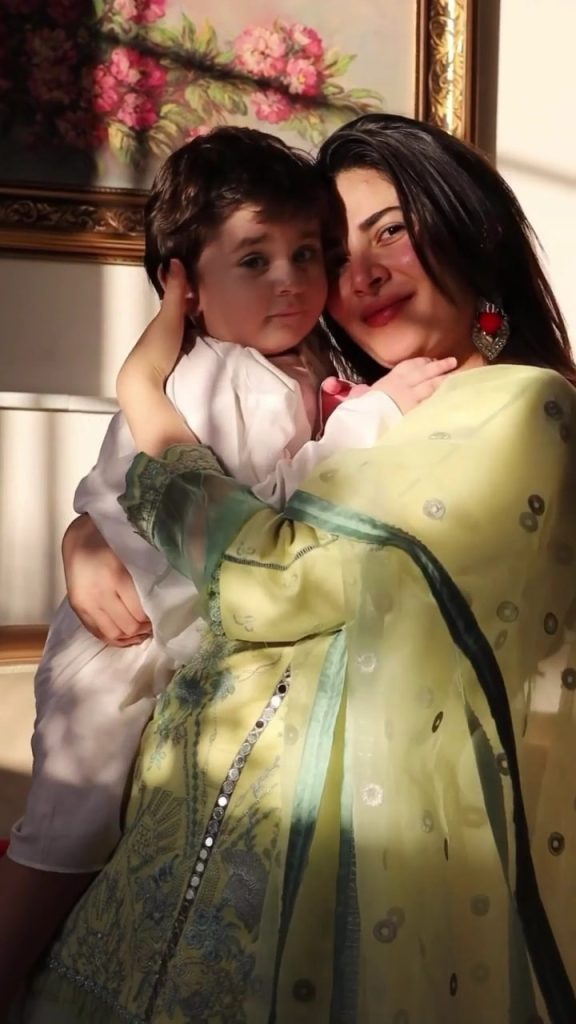 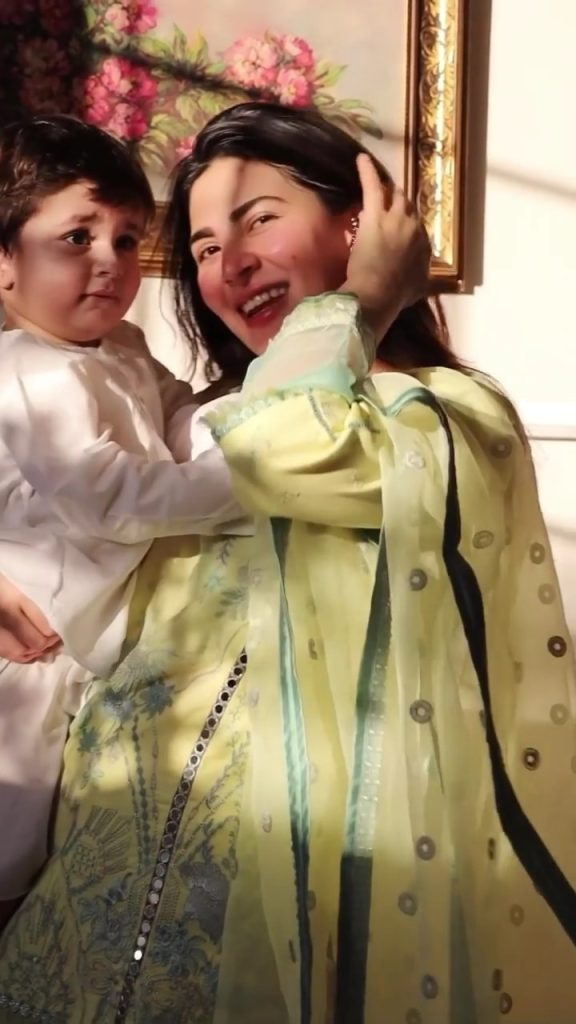 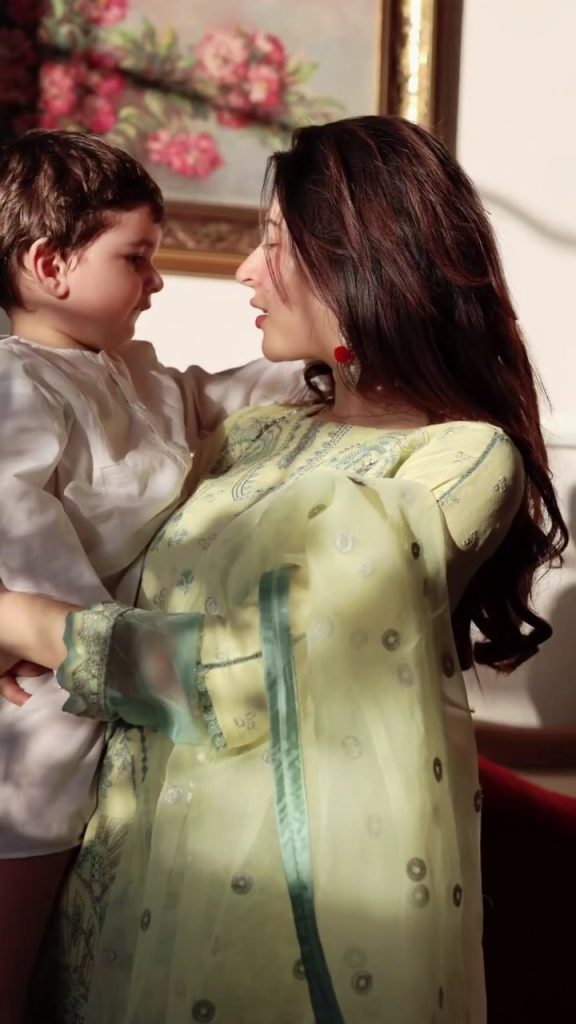