Naimal Khawar khan has thanked all of the fans and friends for the best wishes and love. She said that now the wedding festivities are over so I would like to address a few things regarding my self and the rumor based news.

She said I am an adult women who can decide for her life and choices and I left the media nine months ago, I announced that. It’s not like that I am forced to do that right after marriage. She said I know media people are subjected to criticism but don’t spread false news about some one ruin his/her special day.
It seems that she didn’t like much to be in news but thats what the fans of Hamza are saying that if you don’t want to be talked about, take off from social media would have been a fair deal 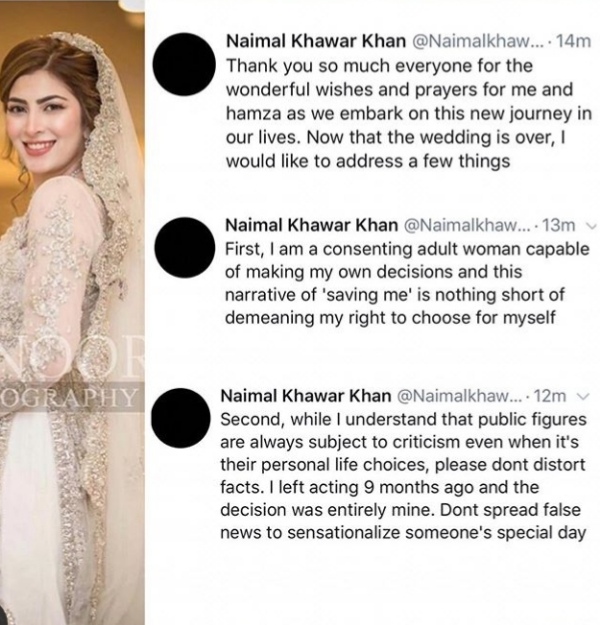 Most of her fans, don’t like her Idea of this speech as they said you were the one who took off from social media it’s not rumor but truth. 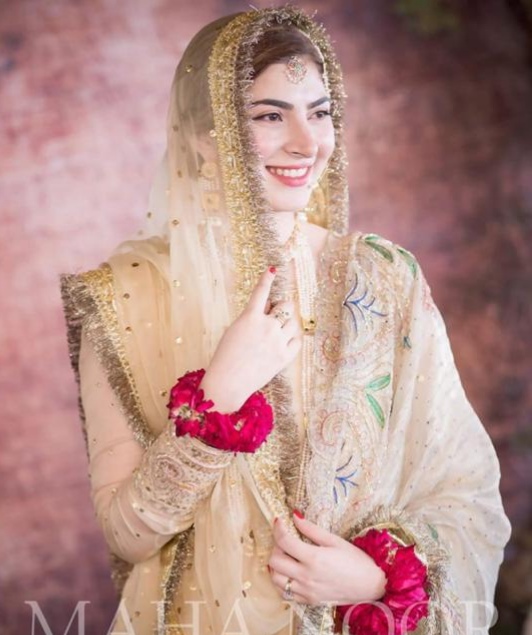 Here are the public comments regarding her statements. 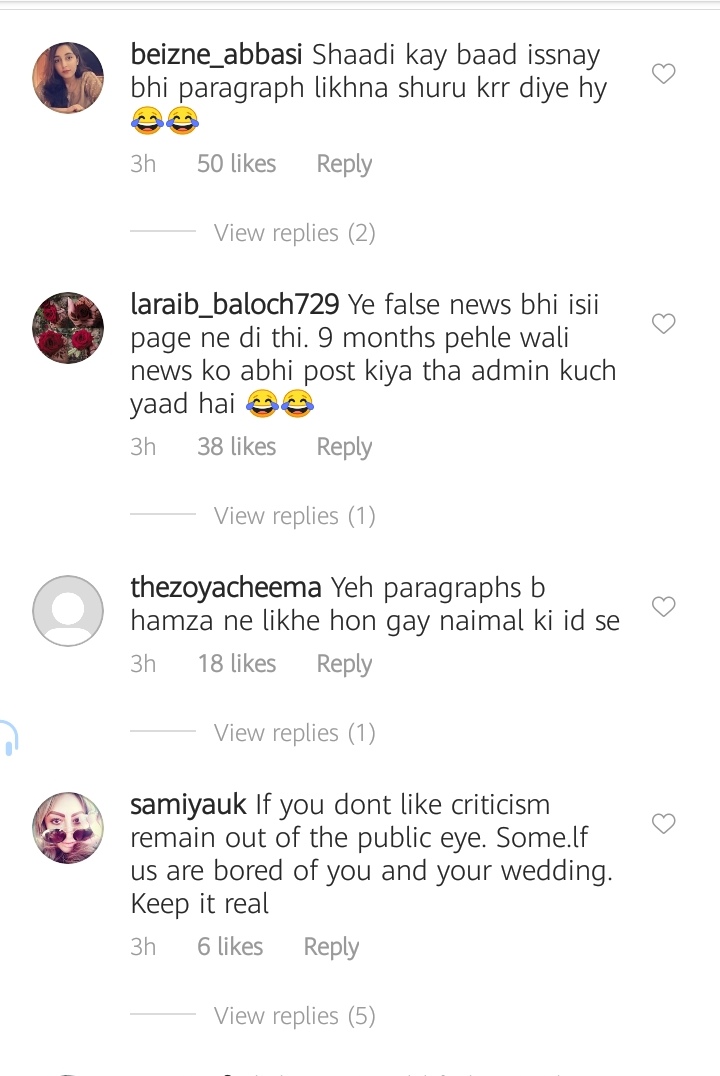 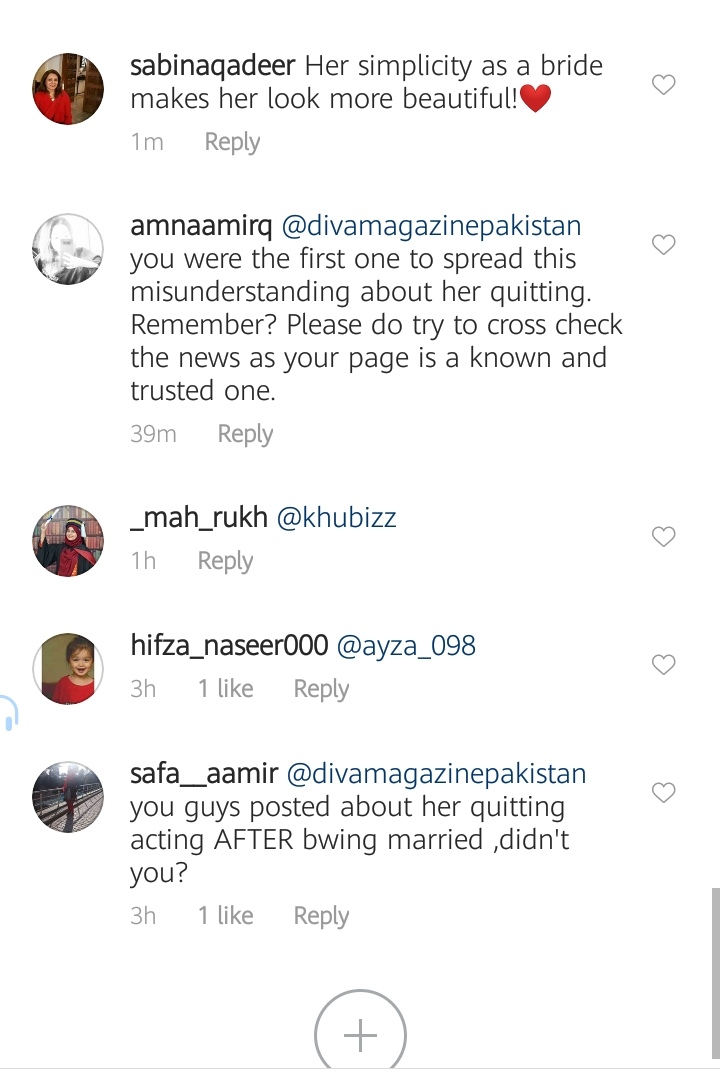 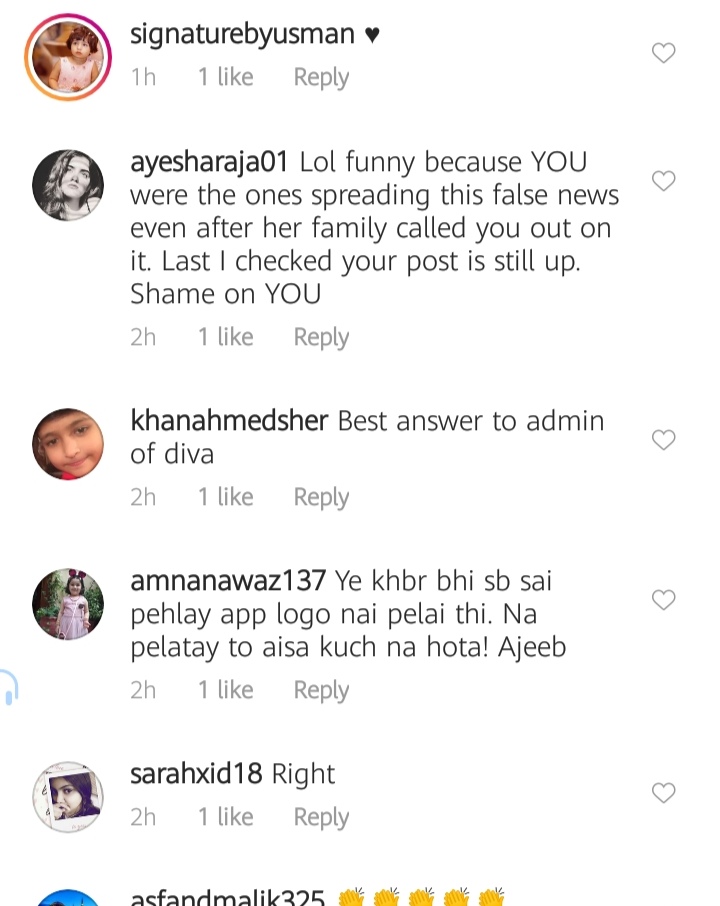