Ayesha Omar is a brilliant Pakistani actress who has a strong personality. Ayesha is a vocal individual who keeps her say about issues especially if they are related to women. 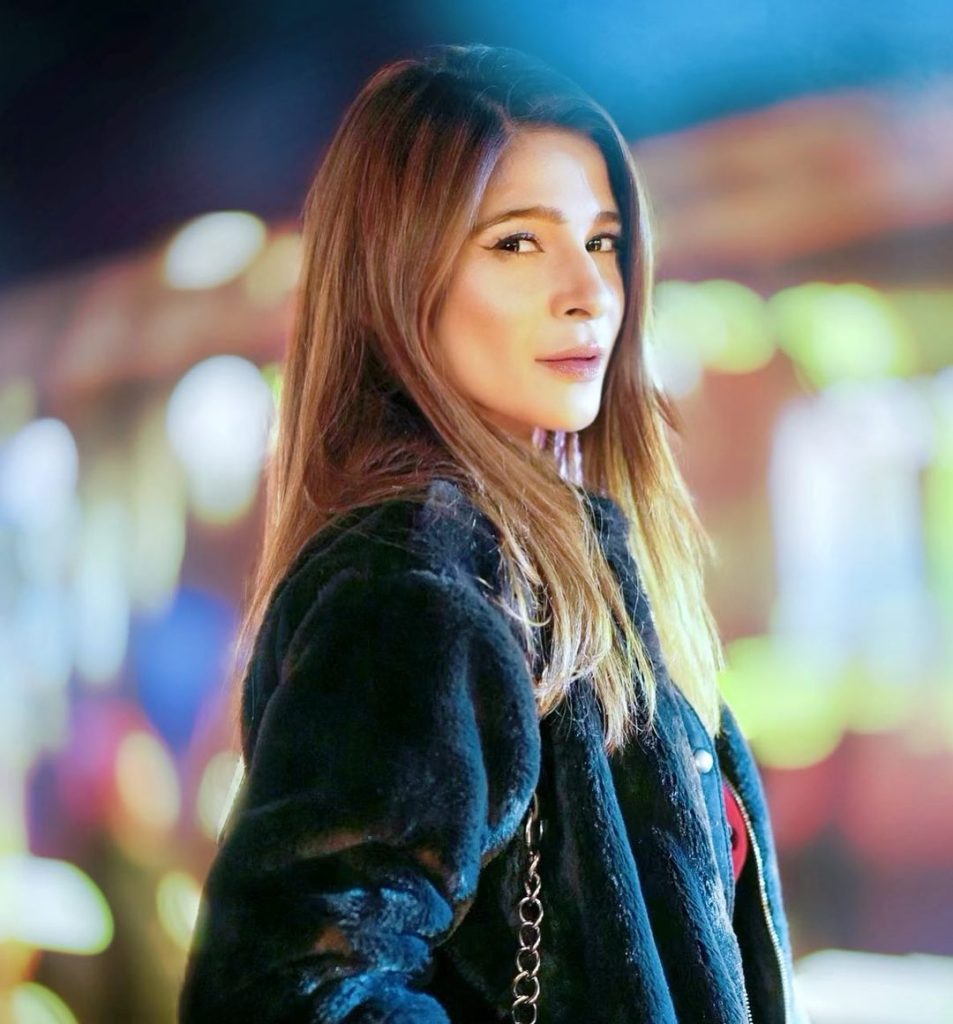 Recently, the actress appeared in G Sarkar where Nauman Ijaz indirectly referred to the actress’s once given statement about “Me Too” movement and facing harassment.

When Nauman said that it seems that she loves controversial things eg bold shoots & following band wagons of speaking up about things happened in past, Ayesha Omar instantly felt uncomfortable. She then replied, “I didn’t do it because others were doing it. She further said that somethings people do not just to gain praise but to get self satisfaction. 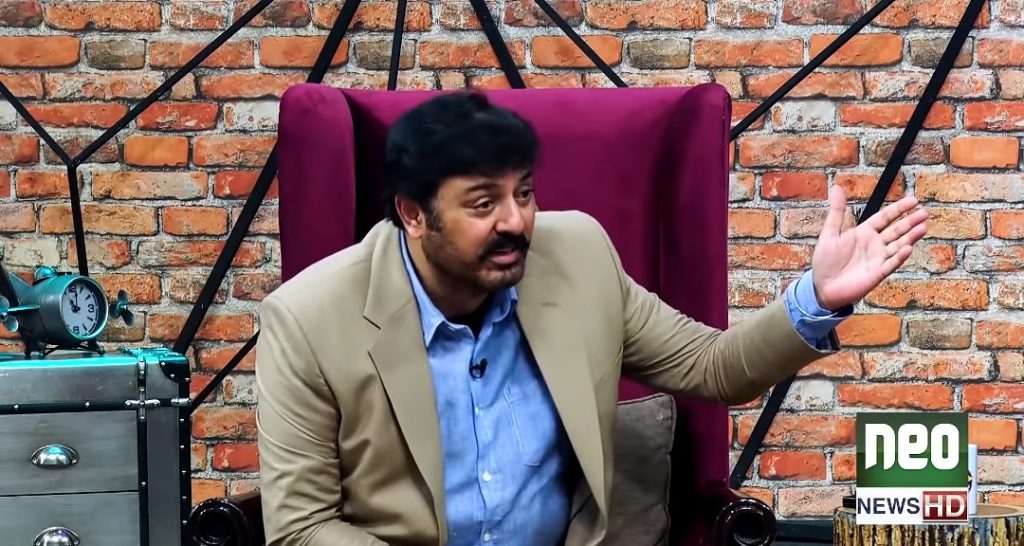 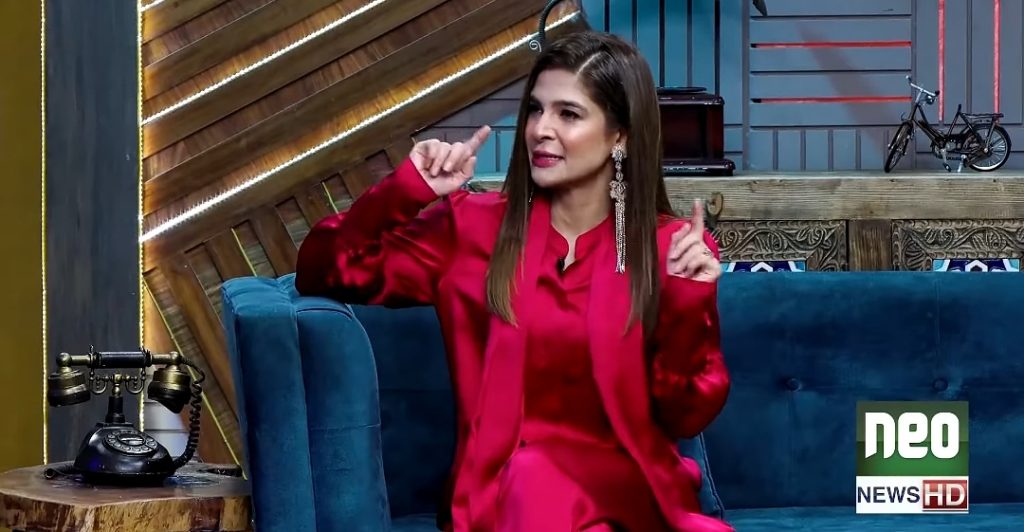 Naumaan Ijaz advised Ayesha that one needs to be conscious about the society too. Ayesha Omar replied to that, “I try to bring the truth to the people and be authentic.”

Naumaan asked, if she got any benefit by being honest?. Ayesha said that she didn’t gain anything but the inner satisfaction.

Ayesha also added, “it gives strength and motivation to oppressed women. I got courage when a colleague opened up about it and it was not done to gain attention”. She also refused to support any specific person or movement. Here is the link.

Netizens right after watching the video started to call out Naumaan for his uncalled for statements and conduct with a female actor and said that he was being sexist. 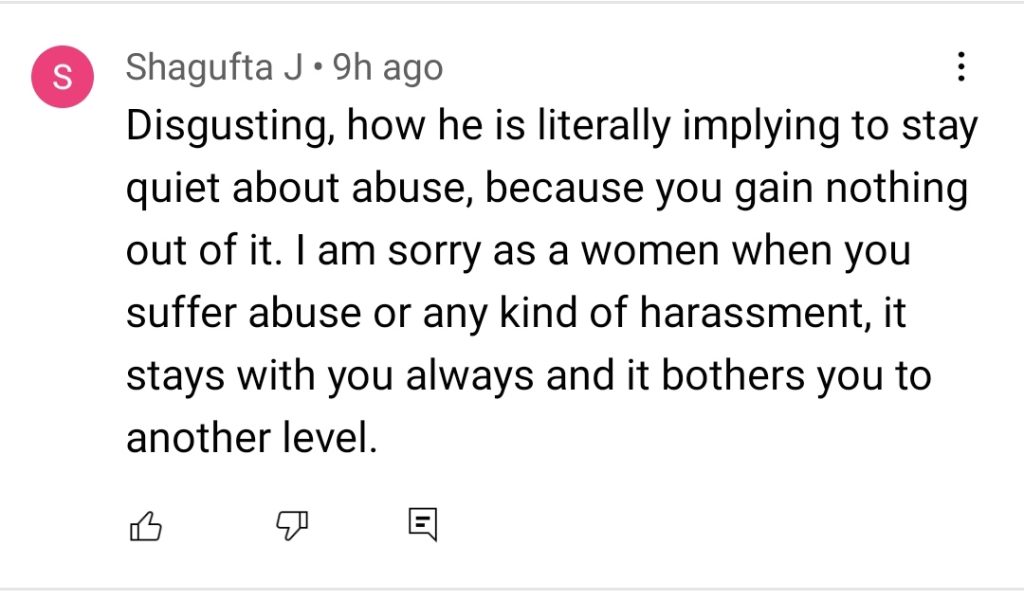 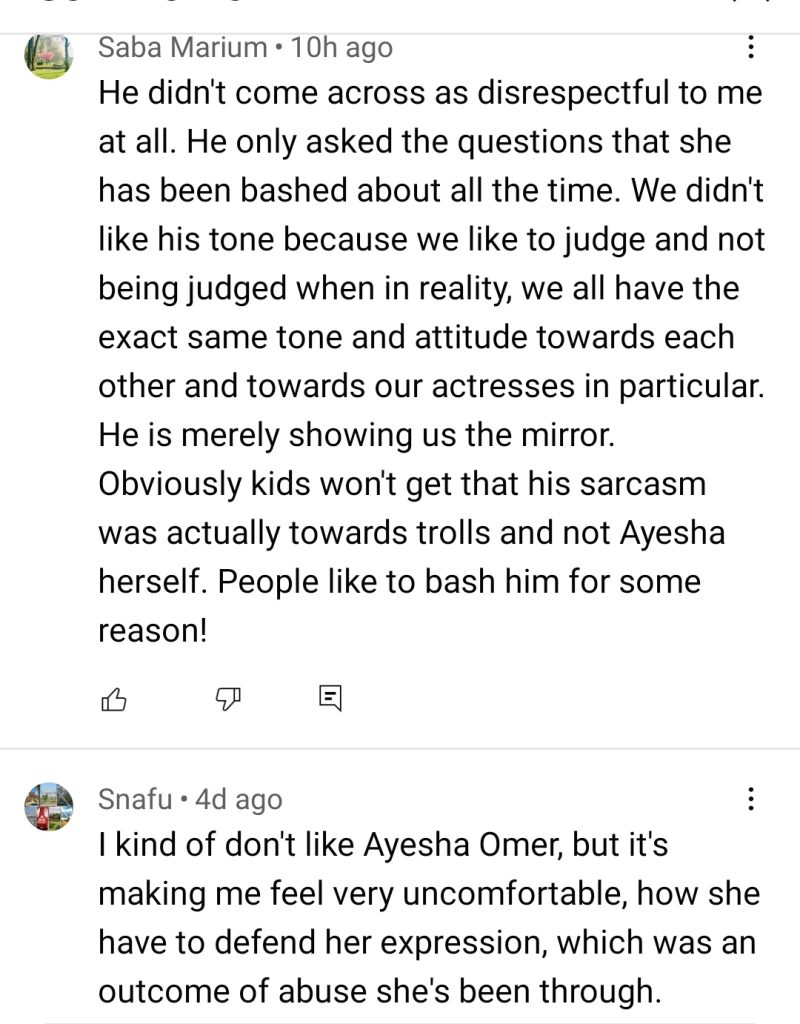 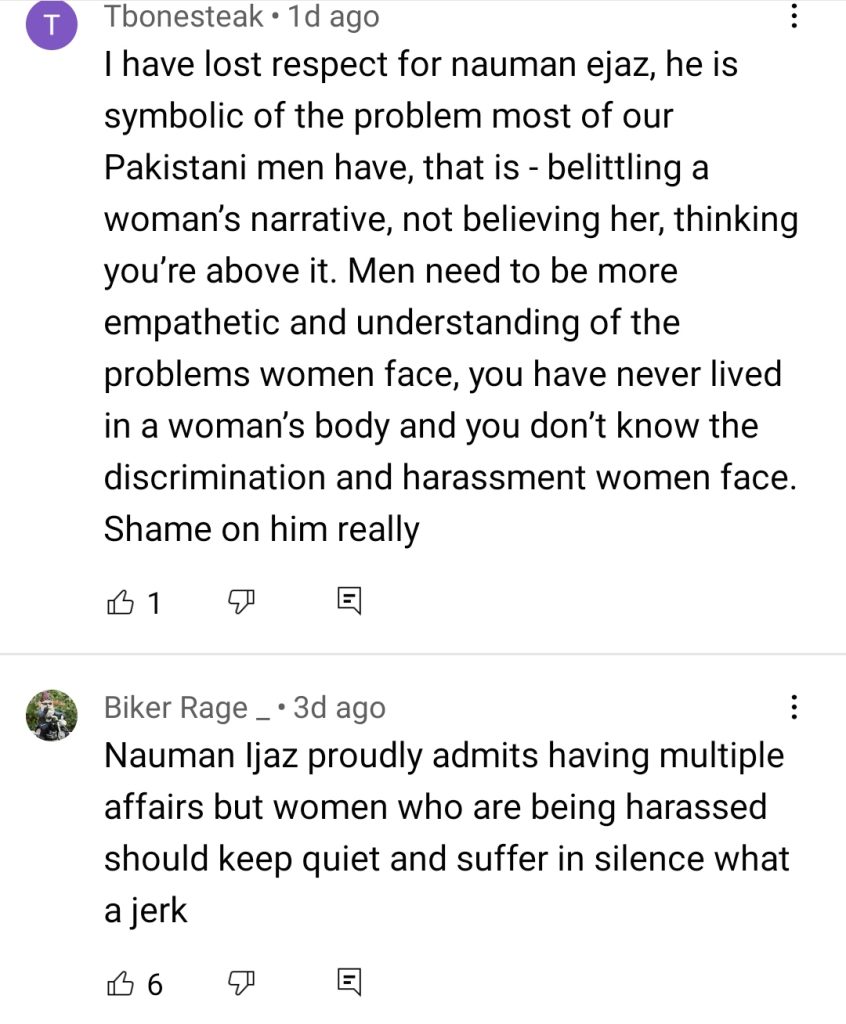 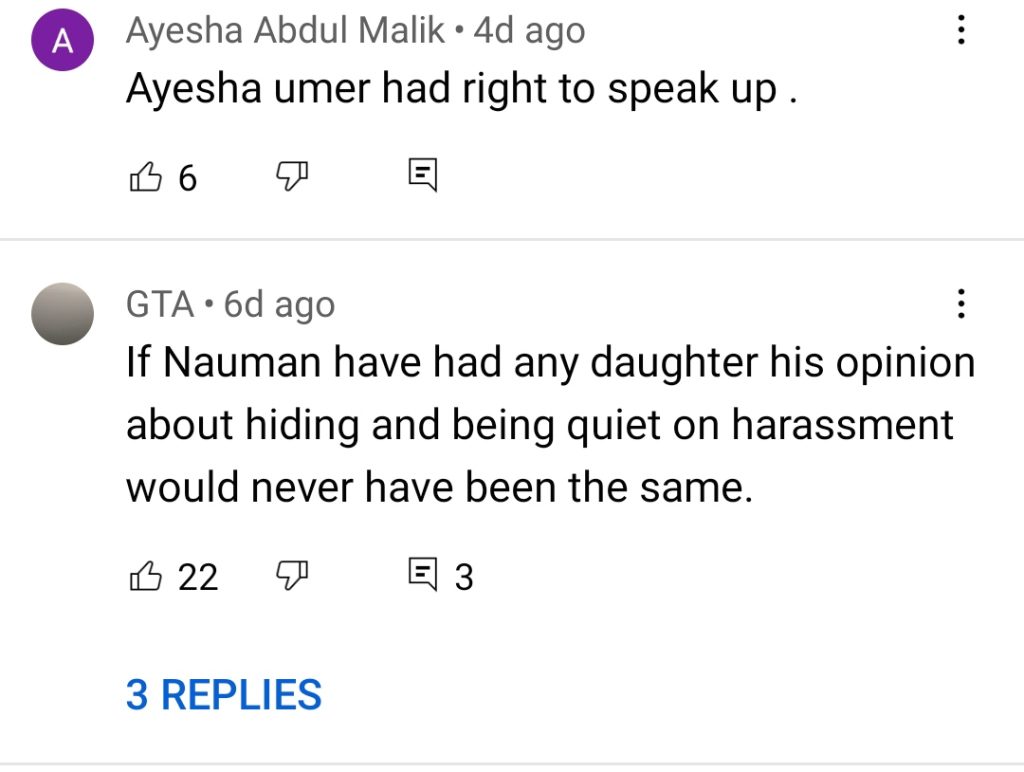 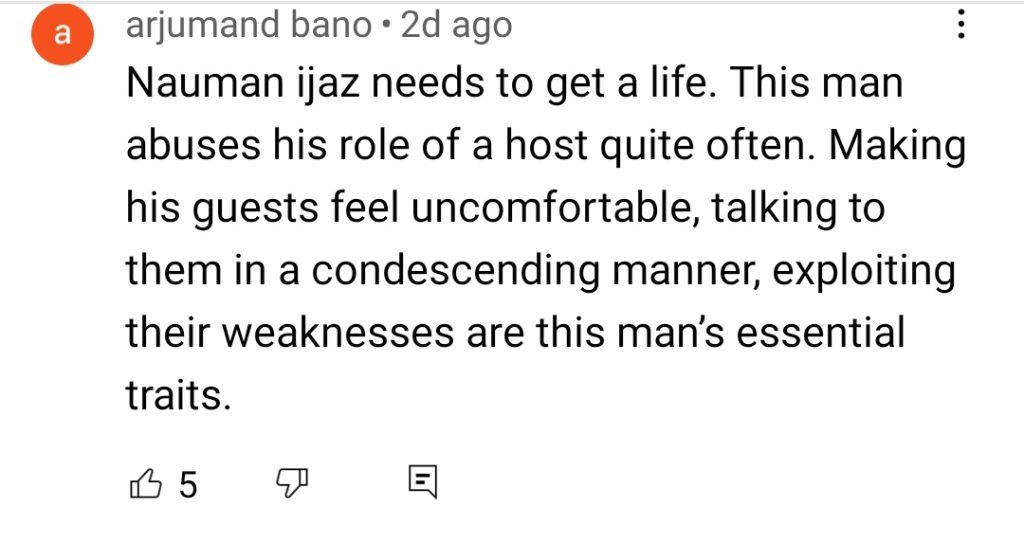 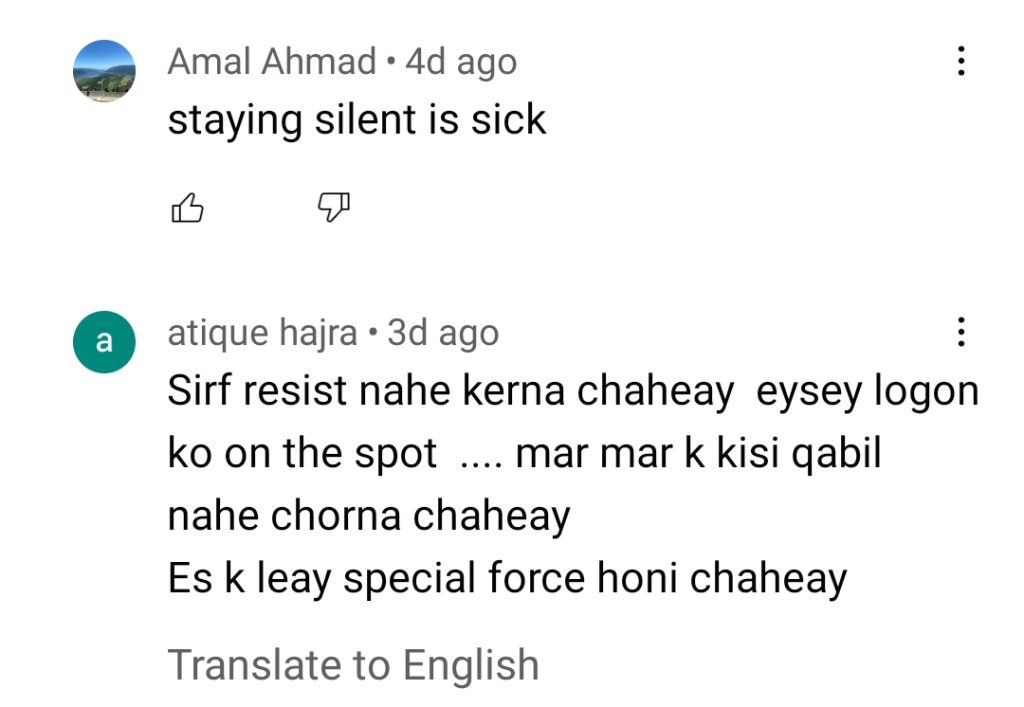 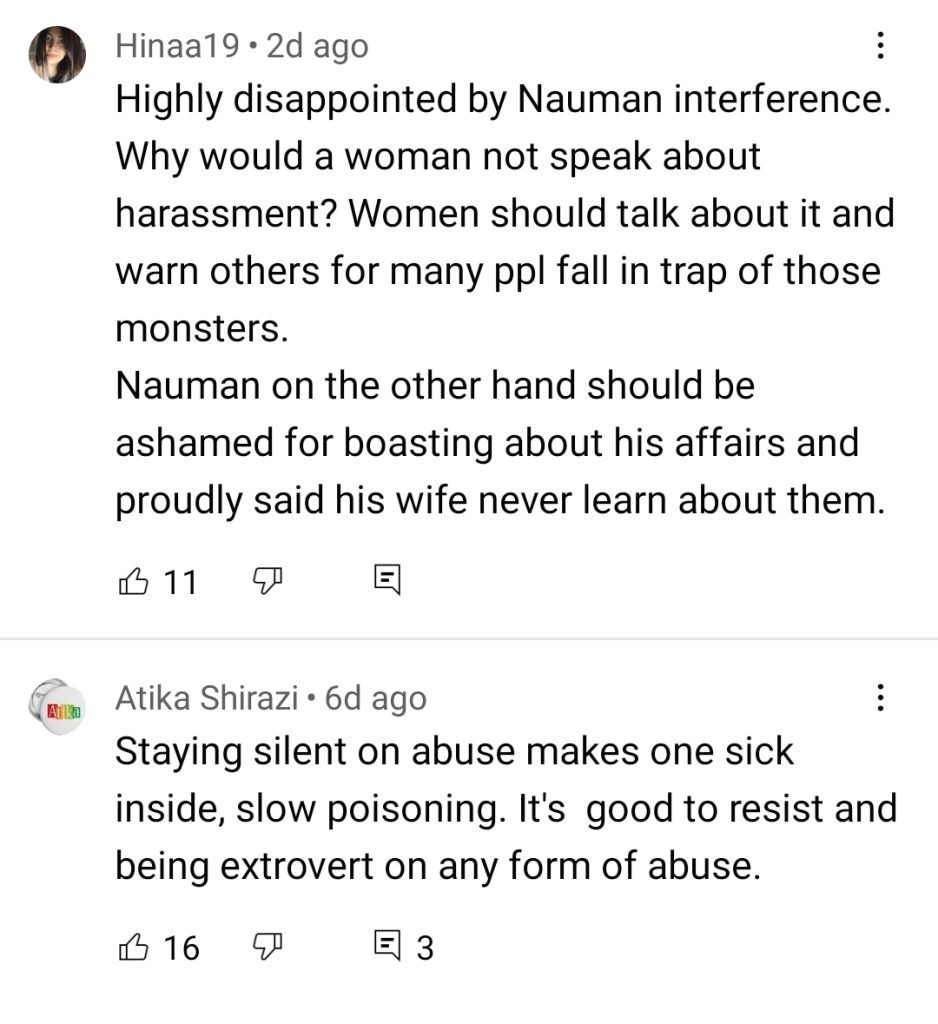