Nida Yasir is a popular Pakistani television host who remains in news for her different controversies and viral videos. The host also grabs social media attention due to her extravagant vacations. She goes on the top world destinations on vacations and fans love her pictures from different tours and fans want to know about her trips through videos and pictures. 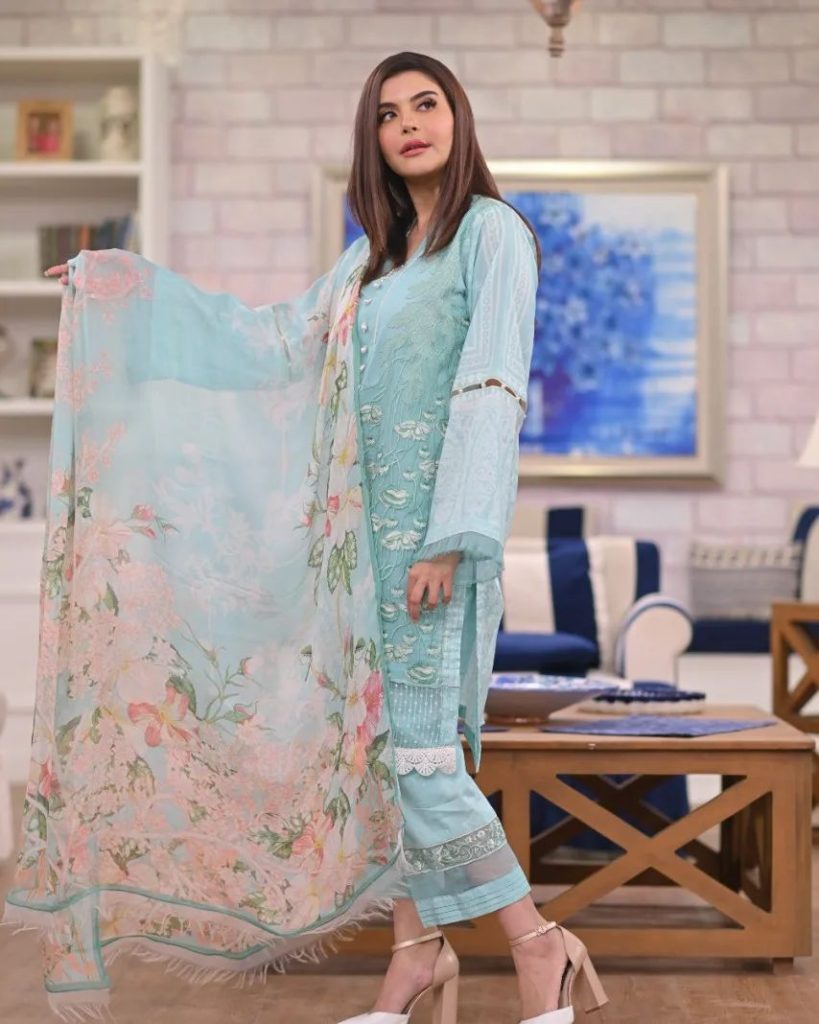 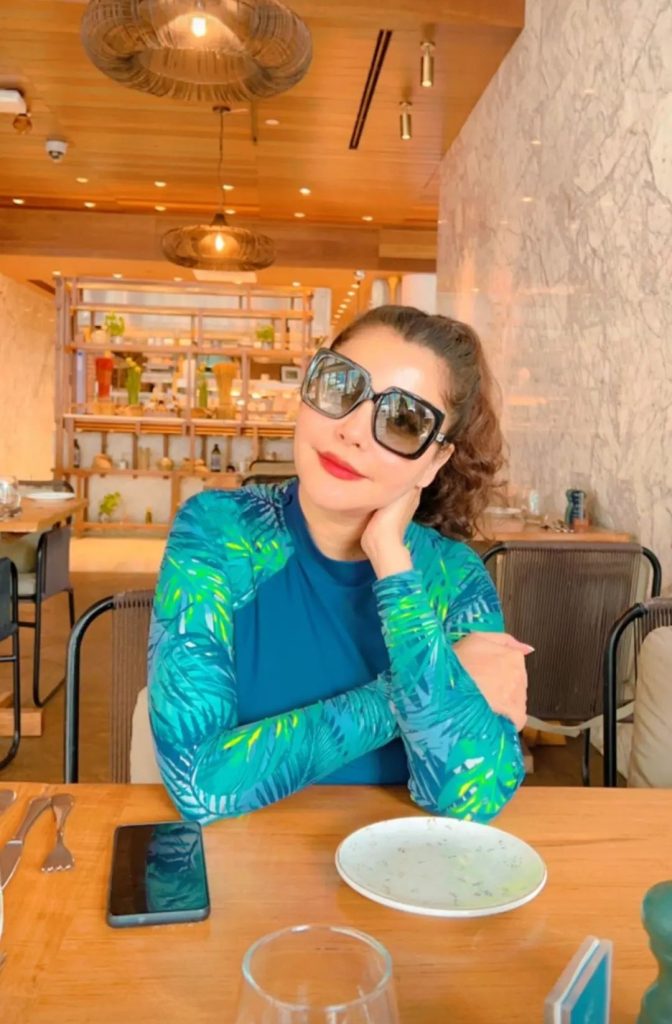 This time, Nida has posted a video of one of her airport look in which she showed her pants, coat, tank top bags and other stuff. All the things were branded and the look was purely western. Have a look at video.

Fans didn’t like her video and said that she’s a show off from tip to toe as she mentioned the brand of each and every thing in her video. They said that the airport look is too uneasy, tight and uncomfortable and no one can carry it for more than one or two hours. Fans said that she’s getting way modern with time which doesn’t suit her age. They said that she always promotes western dressing while going abroad. Almost all the comments on her personal account’s post were in her criticism. Have a look at comments. 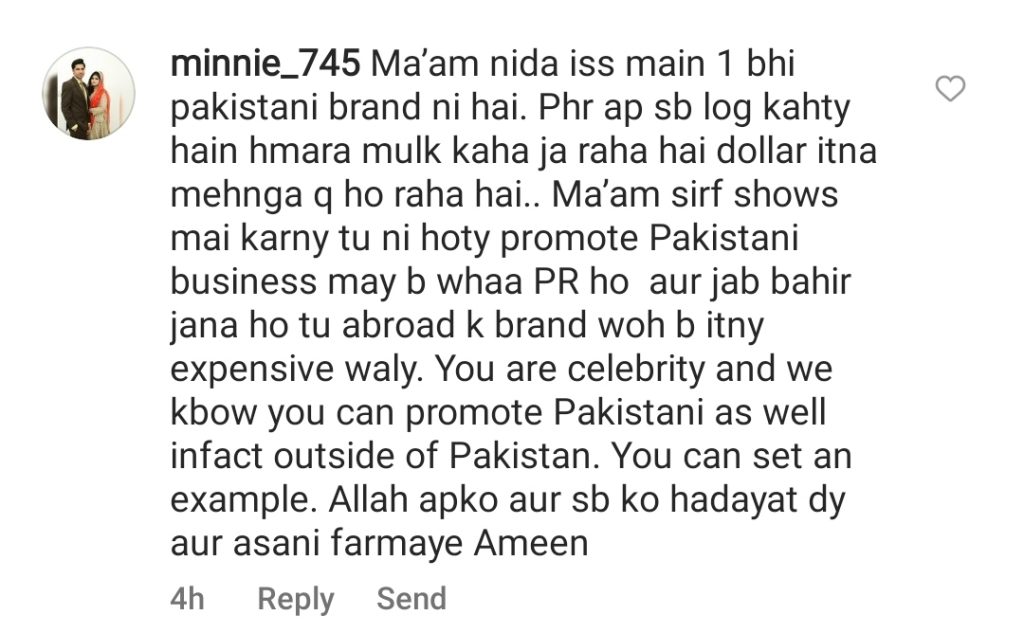 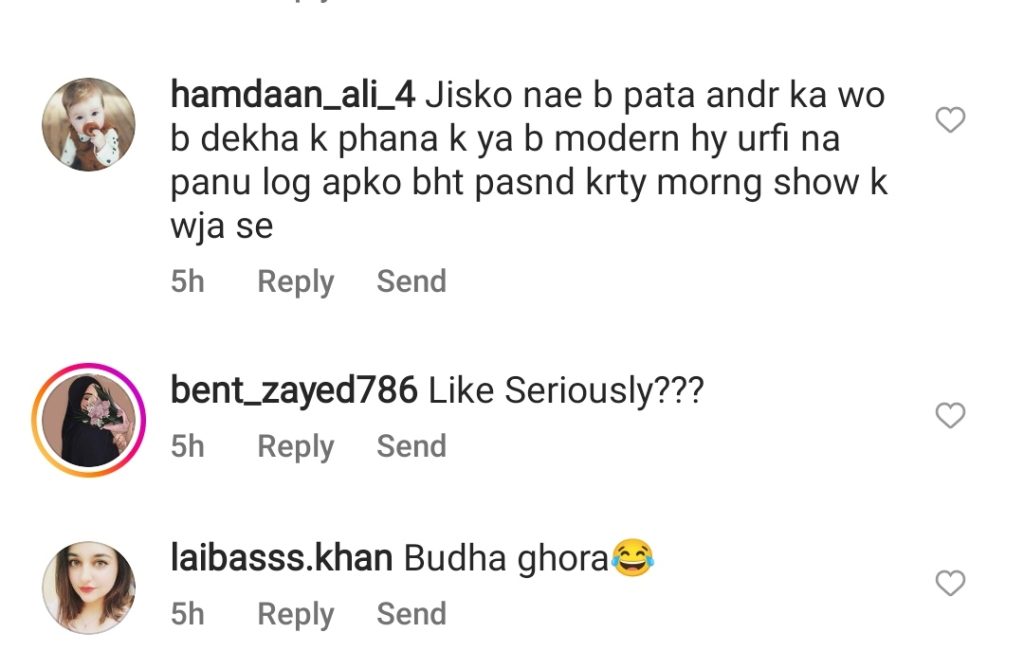 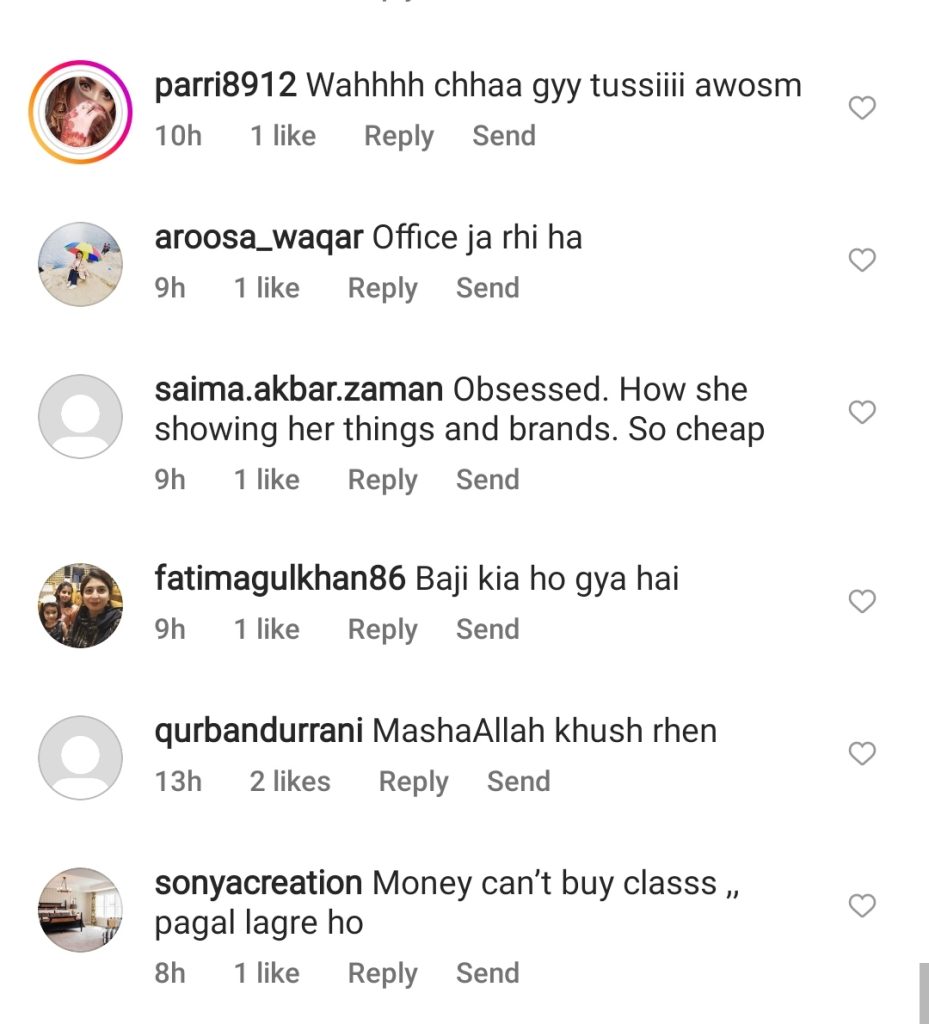 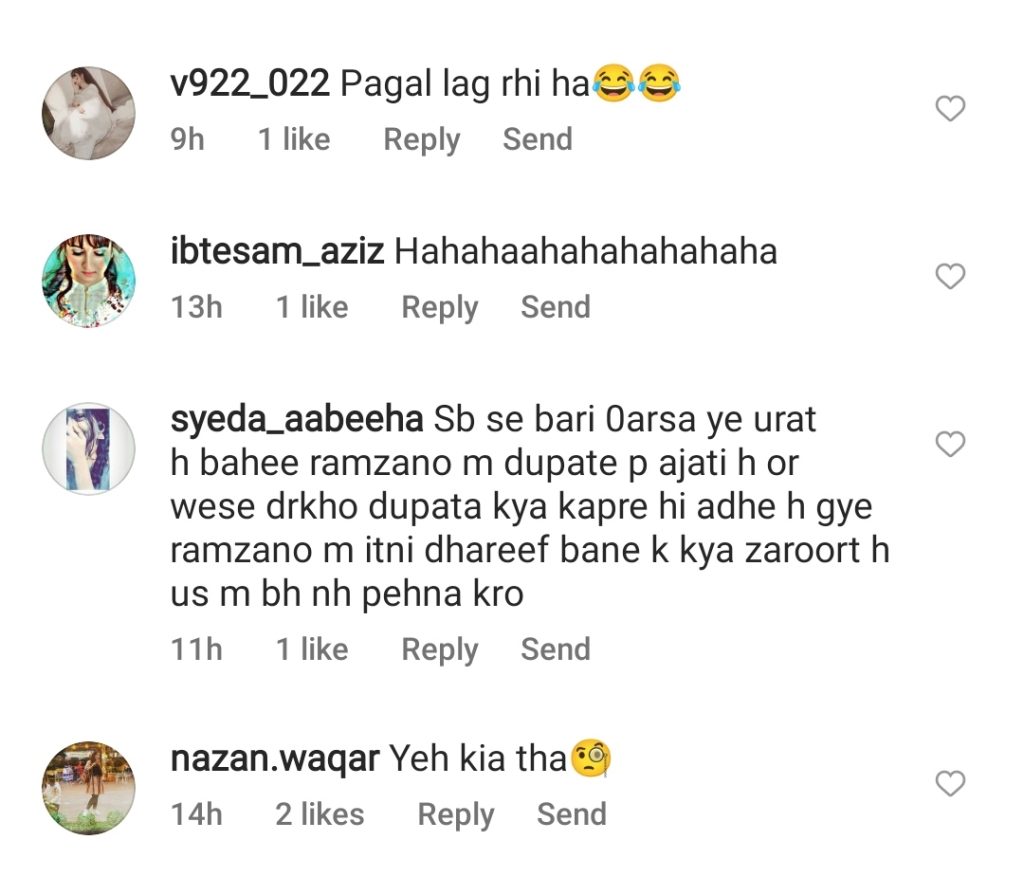 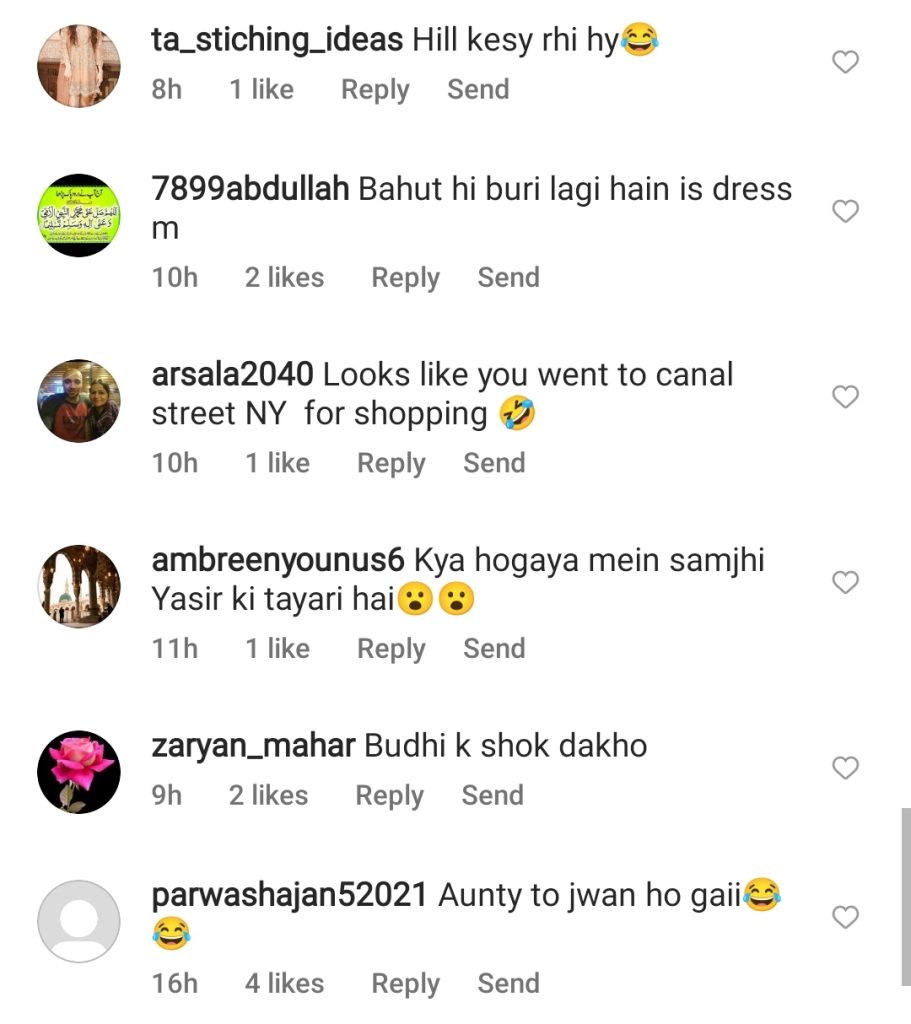 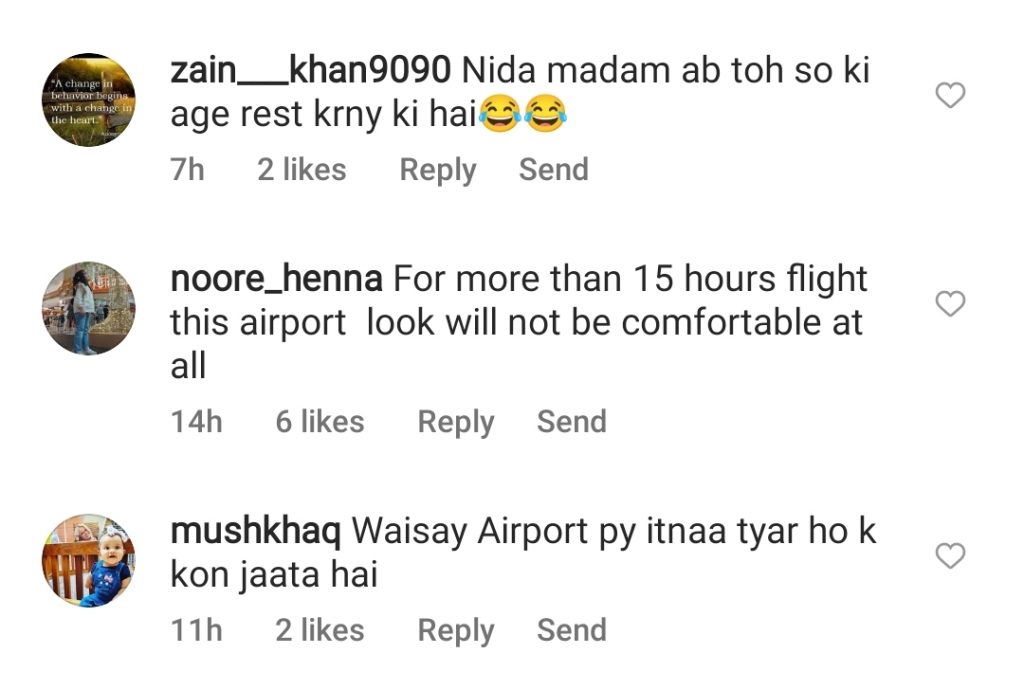 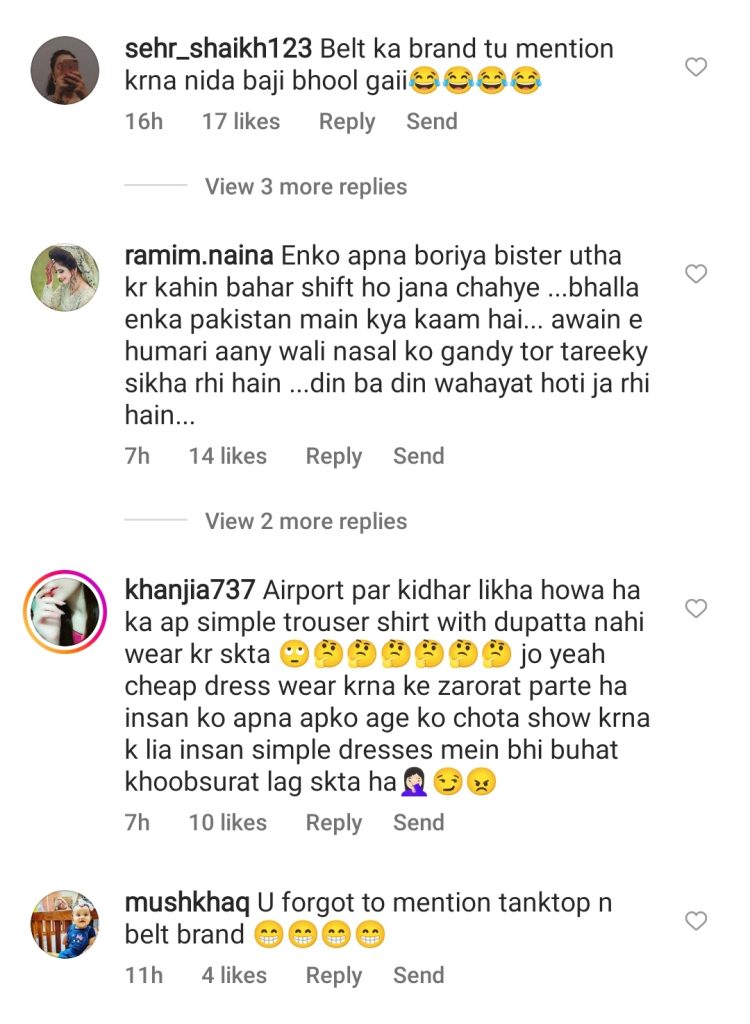 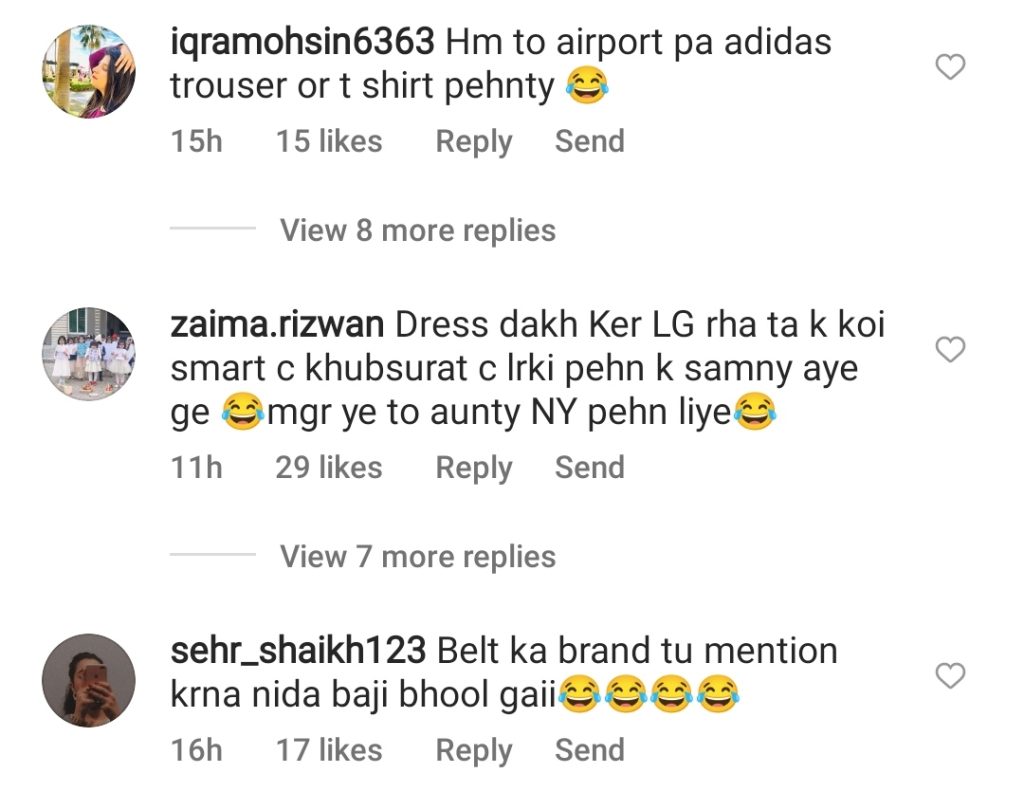 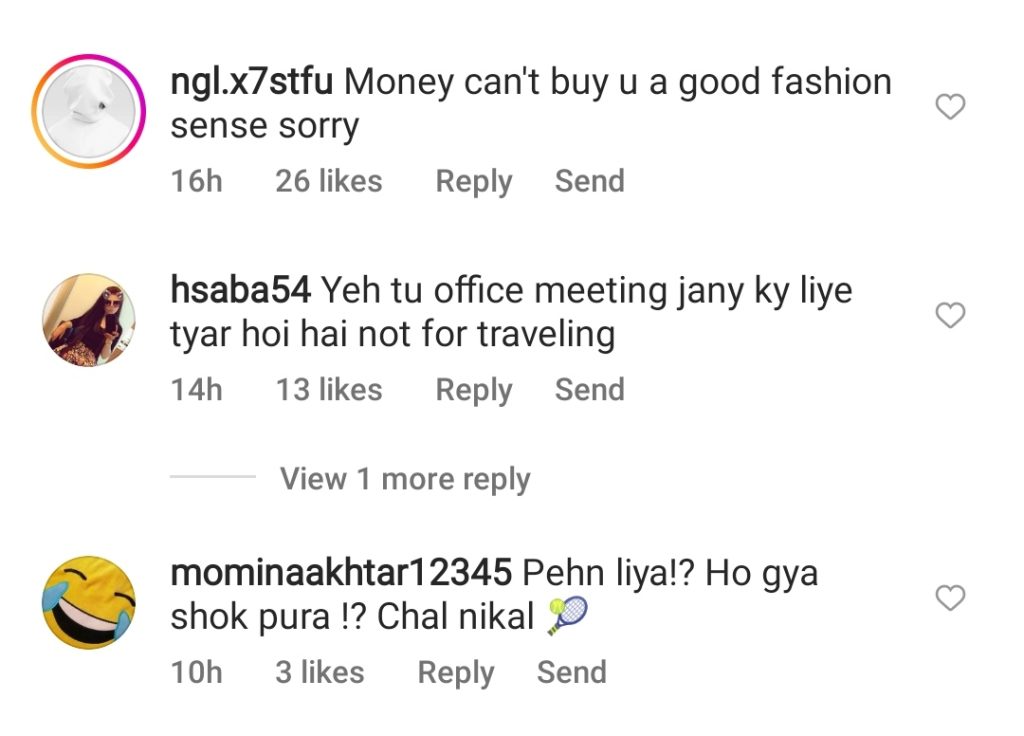 Did you like the airport look of the brilliant host? Do let us know! 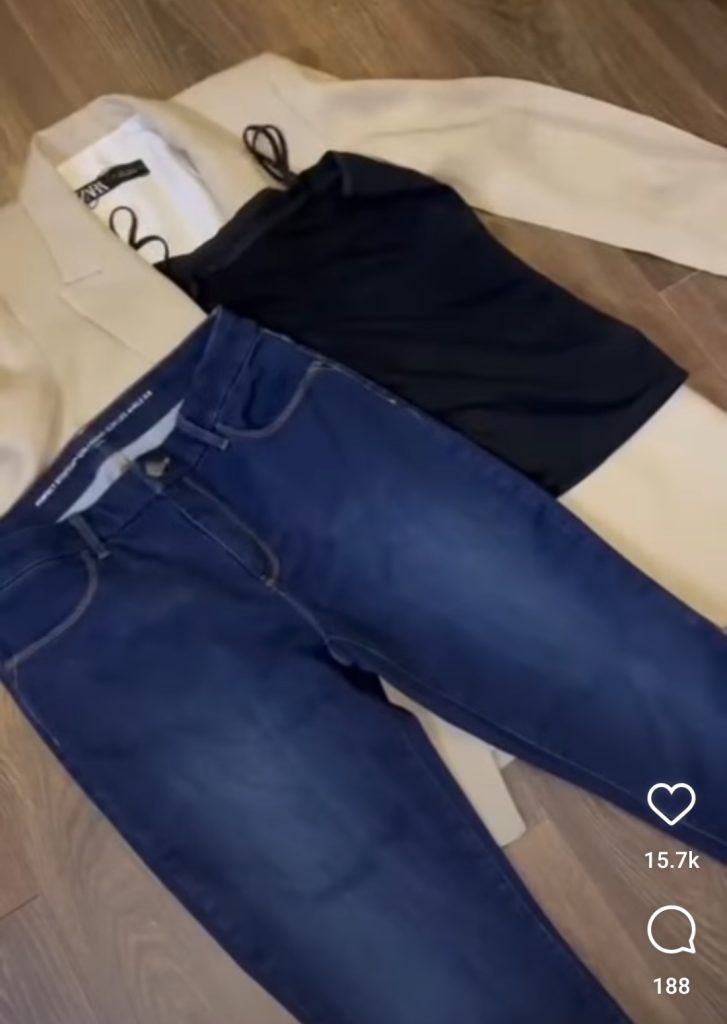