Nida Yasir Under Fire For Showing Controversial Content On Her Show

Nida Yasir is a Pakistani television host, producer, and actress. Nida has appeared in various popular dramas on Pakistan Television. She is married to actor and director Yasir Nawaz and runs a production house with her husband. She also hosts the famous morning show “Good Morning Pakistan” on ARY Digital. 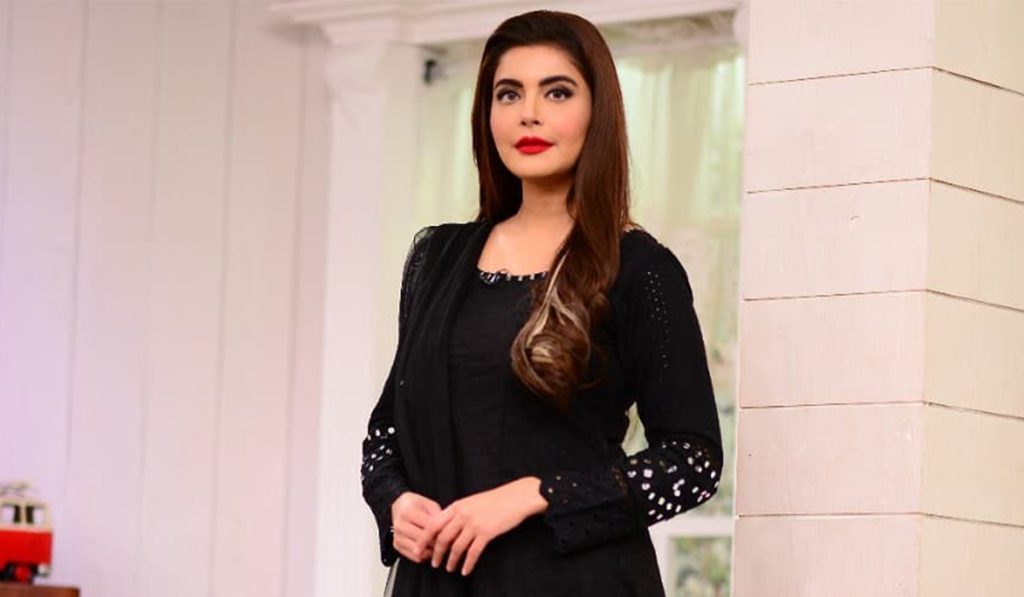 Nida Yasir once again came under fire for showing problematic and controversial Saas Bahu content on her show. Nida Yasir invited real-life Mothers-in-law and Daughters-in-law and had a debate between them.

As soon as the video clips from her shows went viral, Nida Yasir faced fierce criticism on social media and netizens started demanding a ban on Nida Yasir in their tweets on Twitter.

Why #nidayasir why?
The regressive thinking of a saas is also presented who wanted a " parhi likhi bahu" but has not allowed her to work, only to find out that the bahu is 'phuhar' when it comes to household chores.
Thoughts in this? pic.twitter.com/A540TElISt

Nida Yasir just topped her own problematic af standards on this show where she invited saas bahus to complain about each other.
Like here, a saas claims she hired a marriage bureau to find her a “perfect” bahu who is educated BUT MUST stay home – only to discover she’s “phuar”.🙃 pic.twitter.com/sK24FDOyiC

Okay @arydigitalasia you need to ban #nidayasir and her pointless morning shows!! Have you ever had someone sane appreciate her content? Its toxic content polluting the mindsets of our society. Pls can you stop this from happening? #noratingsfortoxicshows

Parents in #Pakistan dedicate entire lives to educate their daughters and give them self-confidence, only to have those same daughters give up their ambitions because other women want educated but ‘gharelo stay-at-home bahus’#nidayasir #Patriarchy

She ordered a bahu from ebay and got disappointed when she received something other than her expectations. Calling her ‘buy 1 get 1 free’ and ‘2 in 1’.

It is obvious that many of us suffer in Pakistan because of other women.#bannidayasir #nidayasir #Pakistan https://t.co/GoL9jYQOVj

Ban #NidaYasir. Enough is enough. Her content has always been problematic but this is truly disgusting. It is dangerous. It feeds women that their ambitions should die as as they get married. Ban this woman and TRP hungry morning shows. @ARYNEWSOFFICIAL https://t.co/GoL9jYze3L

Nida Yasir’s show clips were also shared on different other social media portals and the posts got flooded with a lot of critical comments. Let’s have a look at a few comments below. 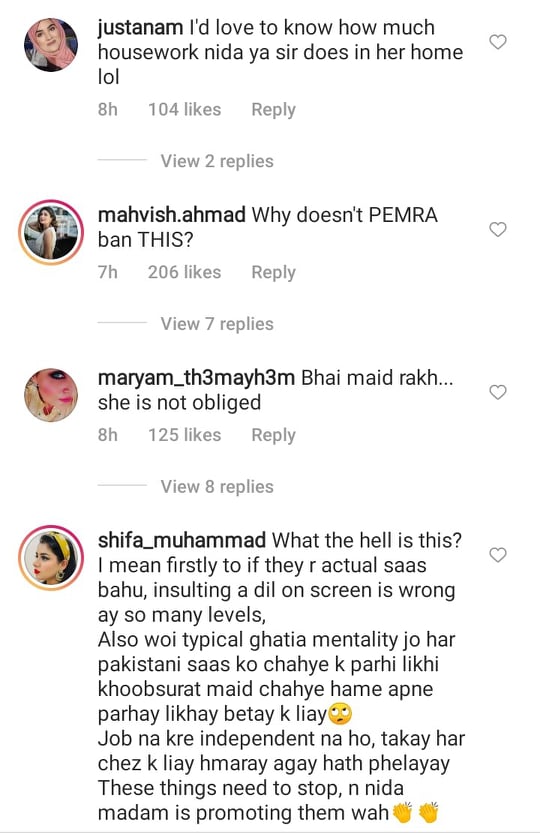 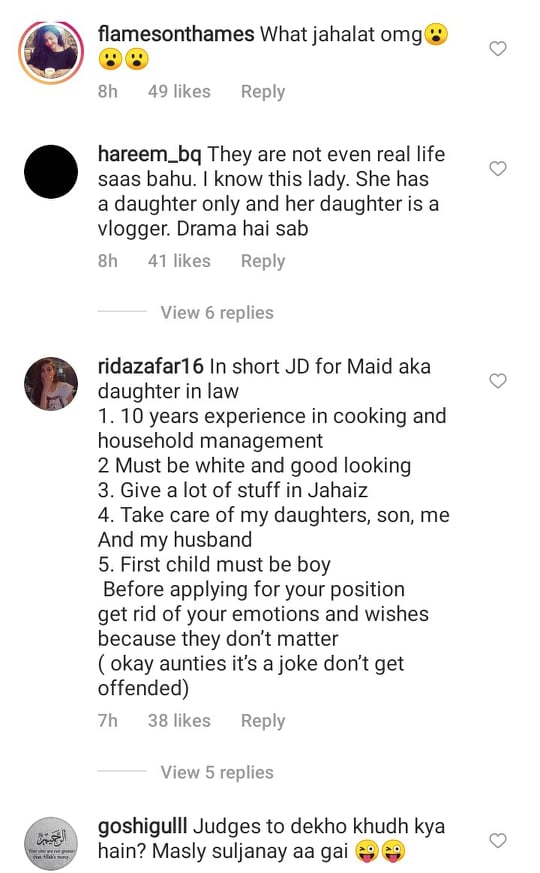 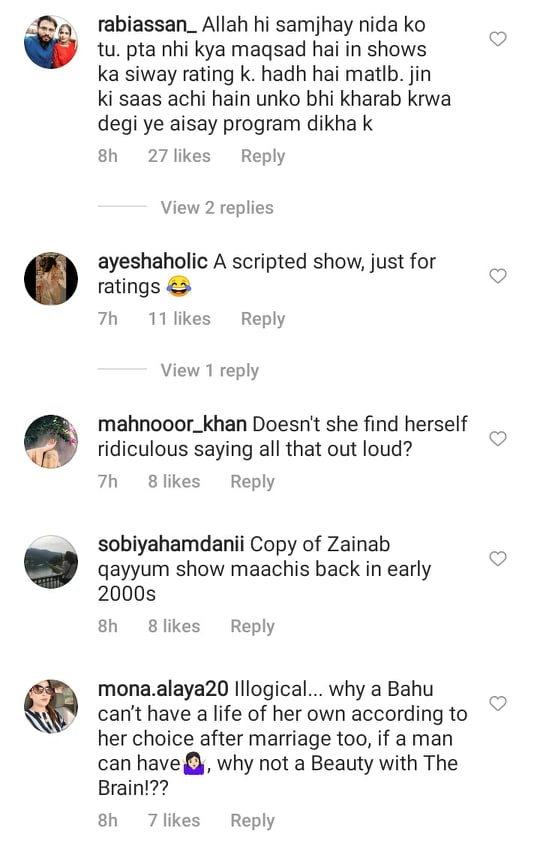 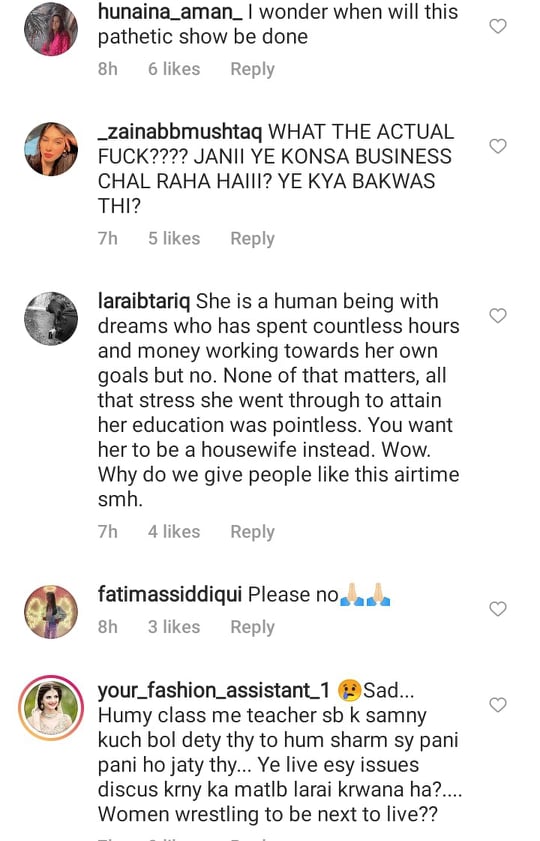 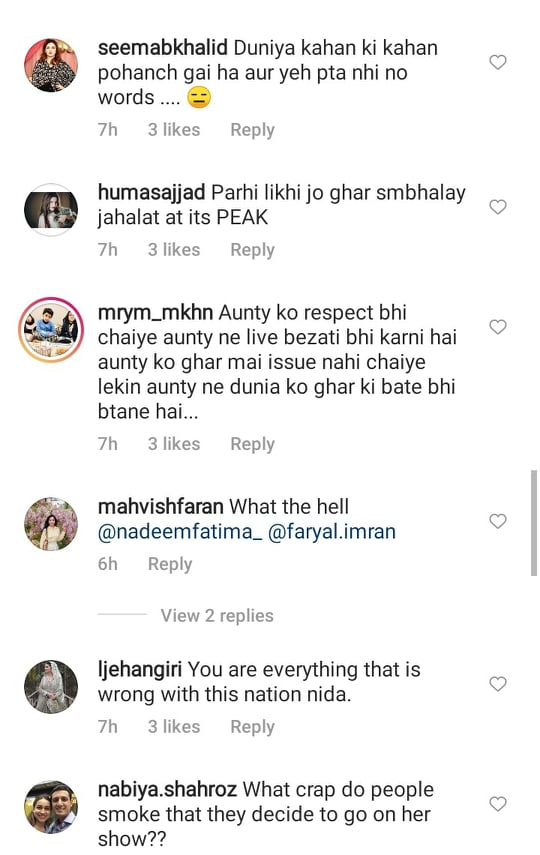 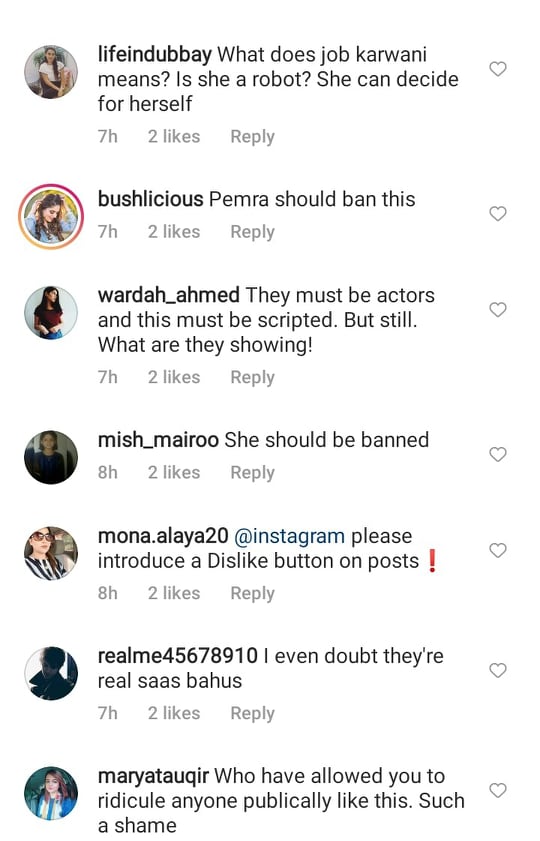 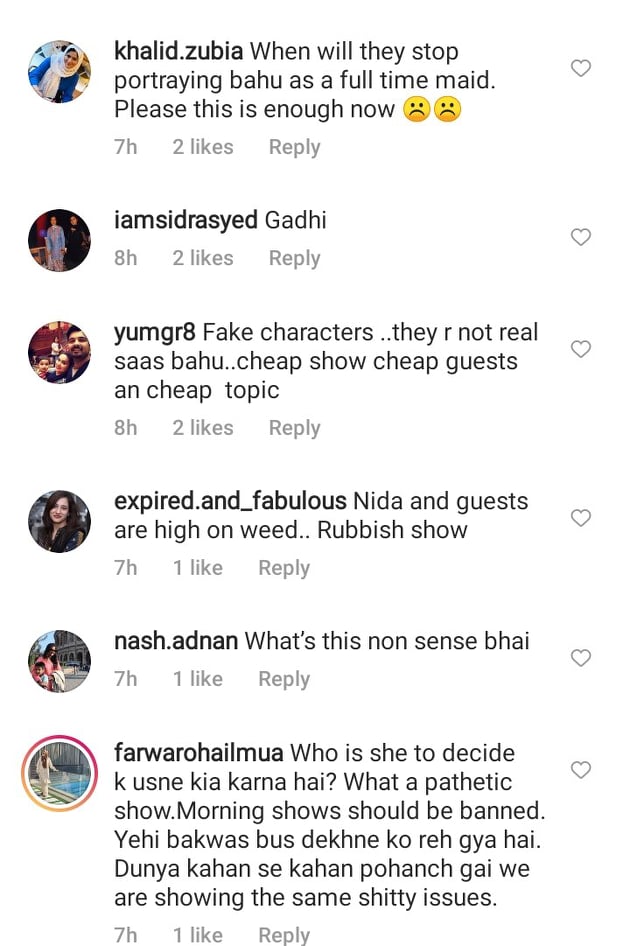