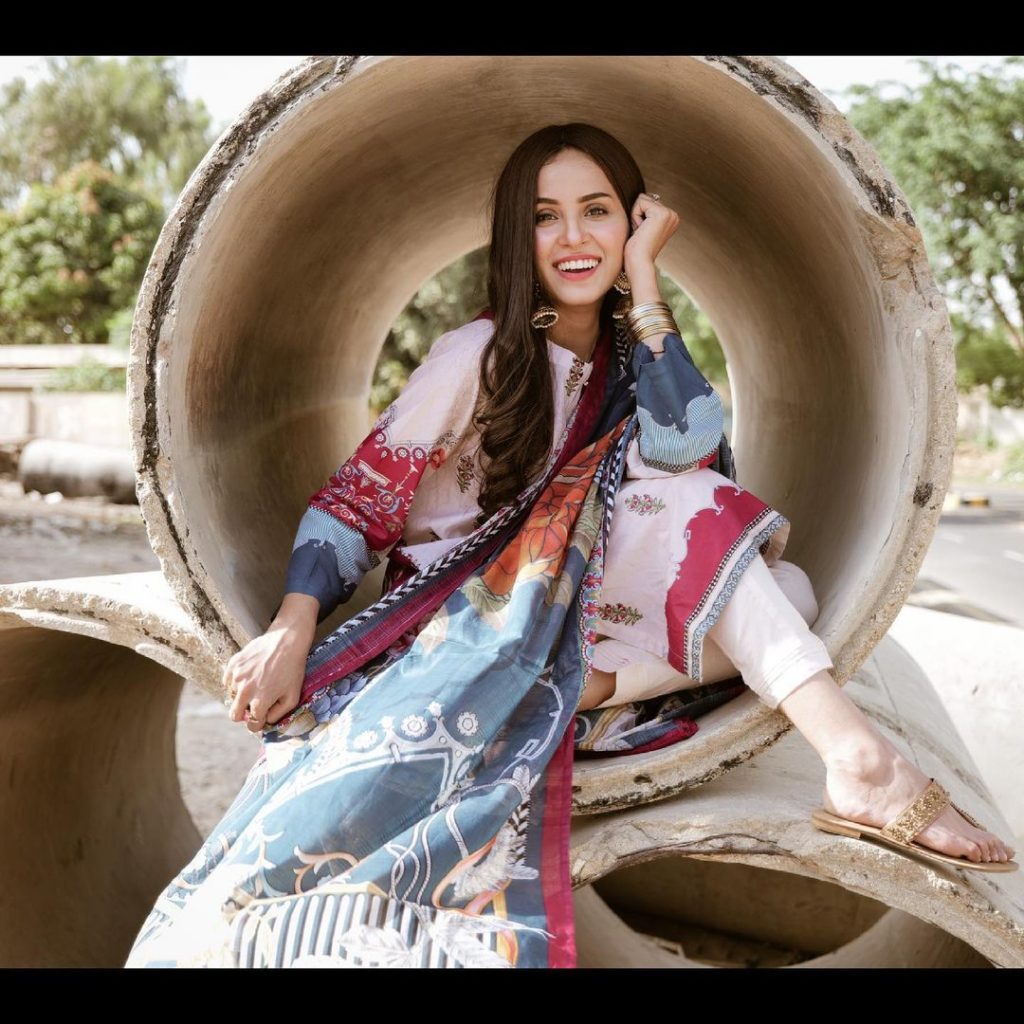 Nimra Khan has recently appeared in a bridal campaign for Makeup Studio By Mehwish. She is wearing an extremely gorgeous Deep red bridal ensemble by Ahmed Sultan and its styling is done by Waleed Nadeem. Her make-up and hair for the shoot are done by Makeup Studio By Mehwish. The stunning Jewelry used for the bridal look is by Zaheen Kamran. Let’s Check out how Stunning is she looking in this trendy yet gorgeous bridal attire. 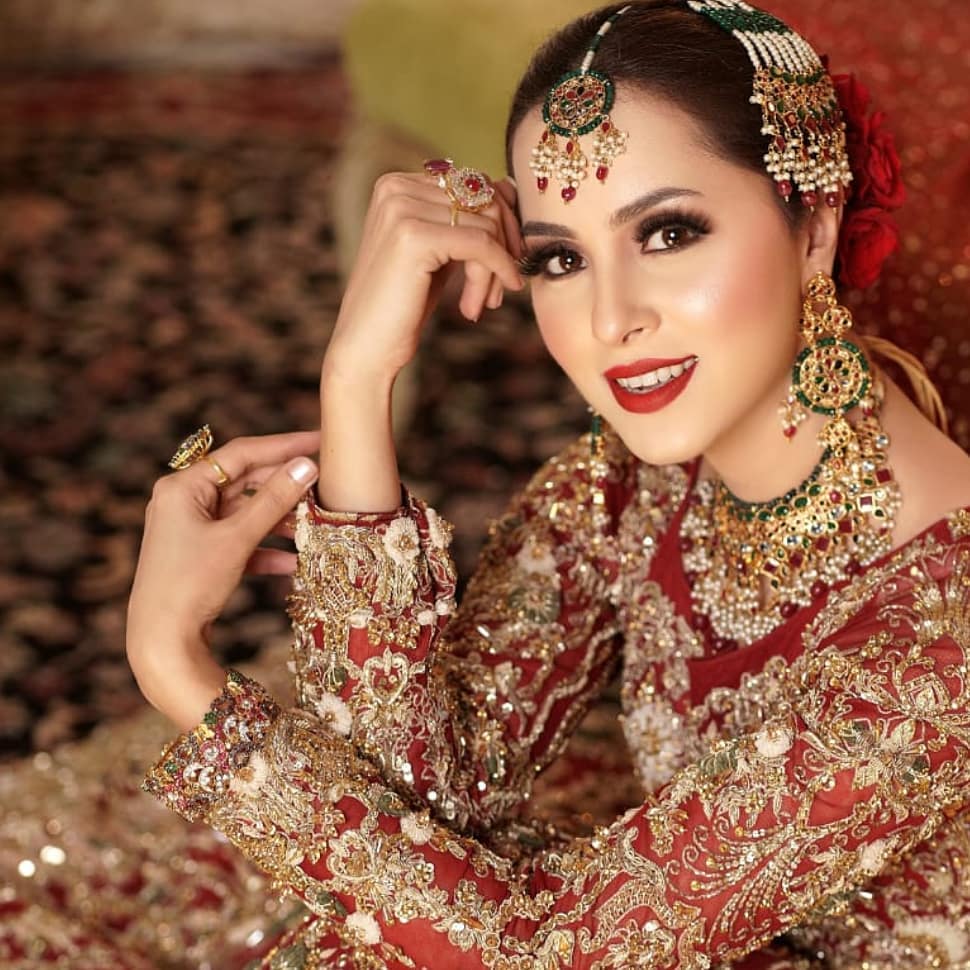 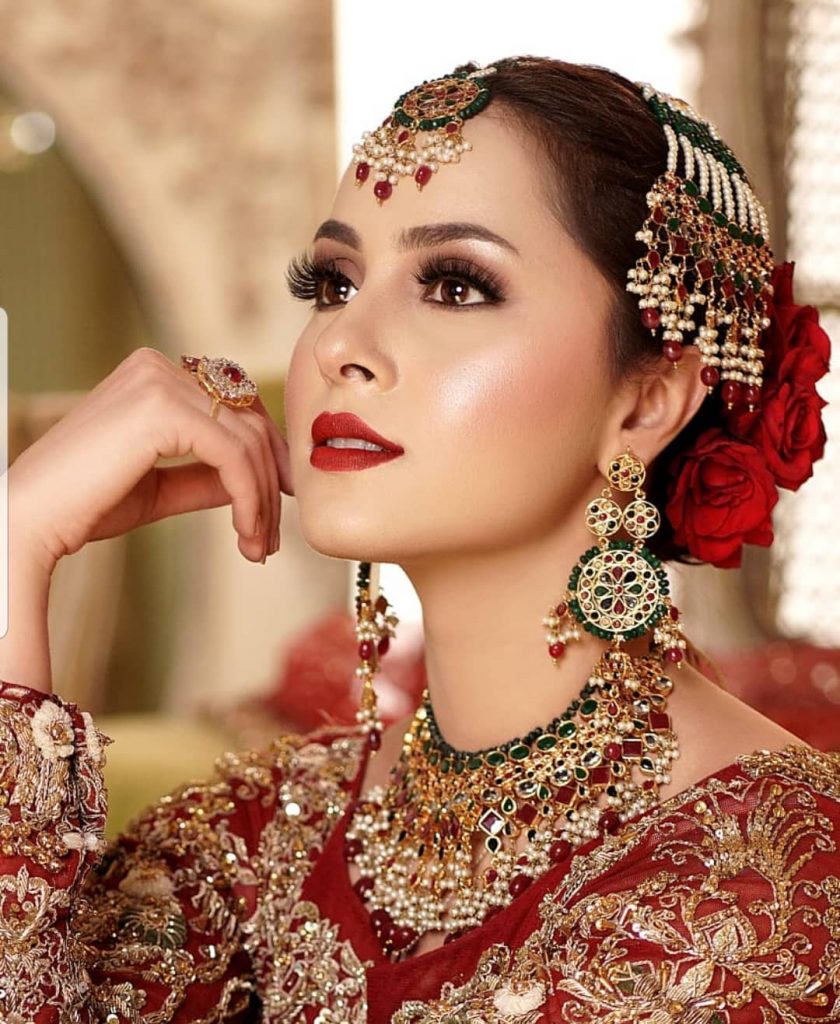 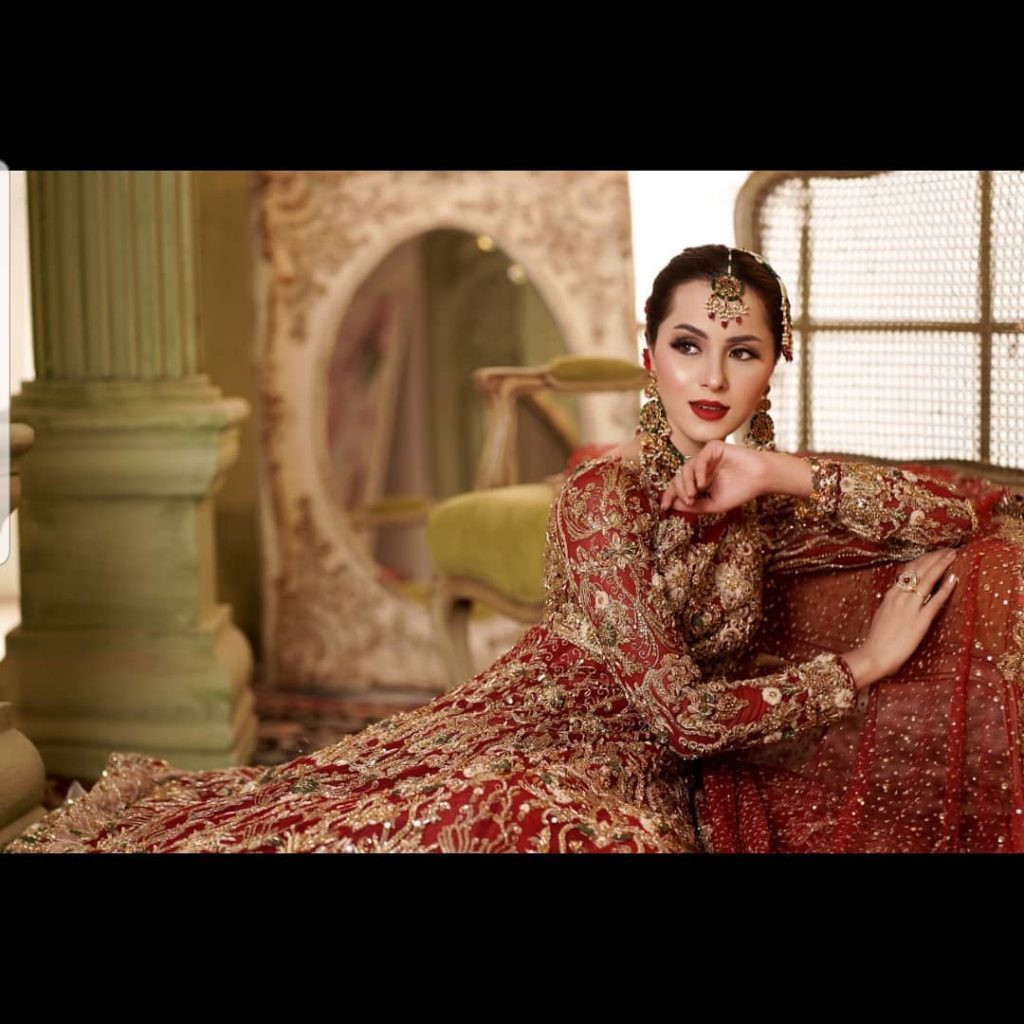 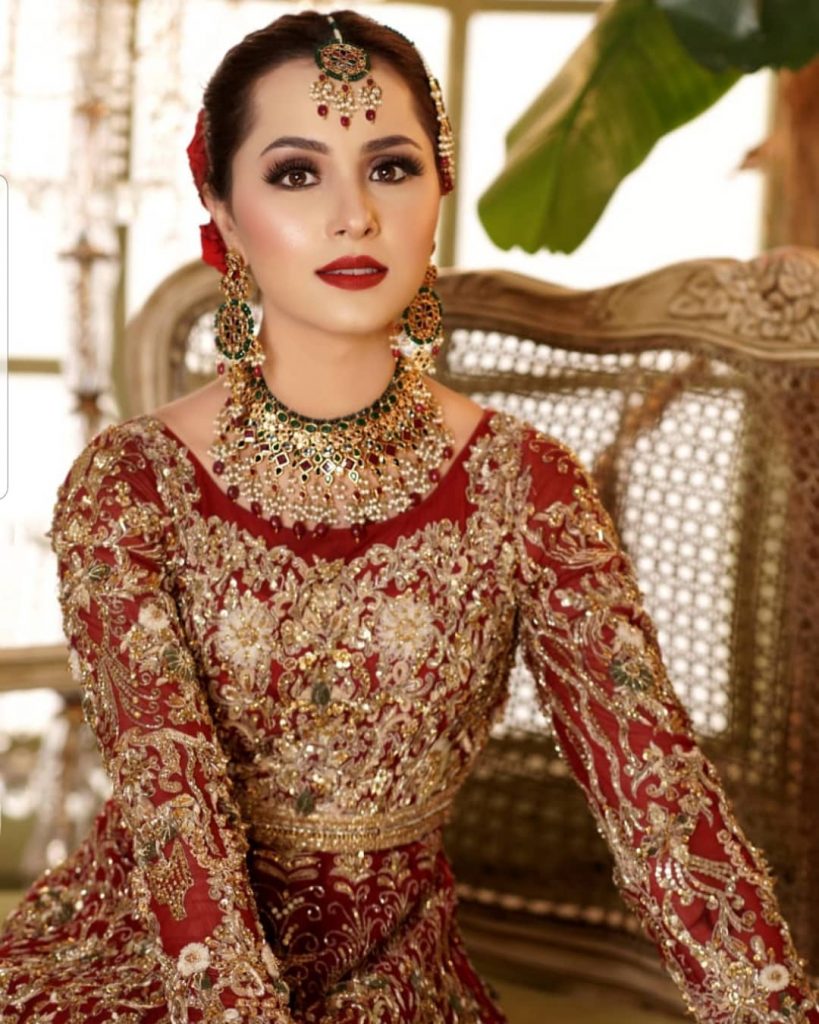 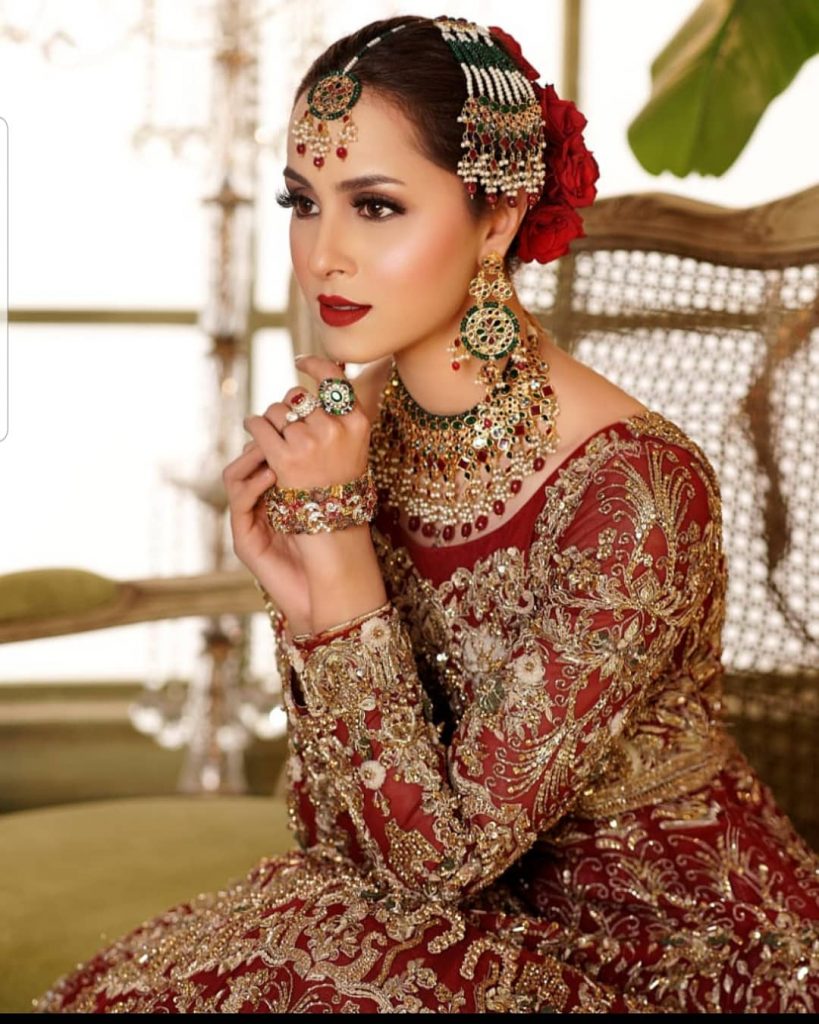 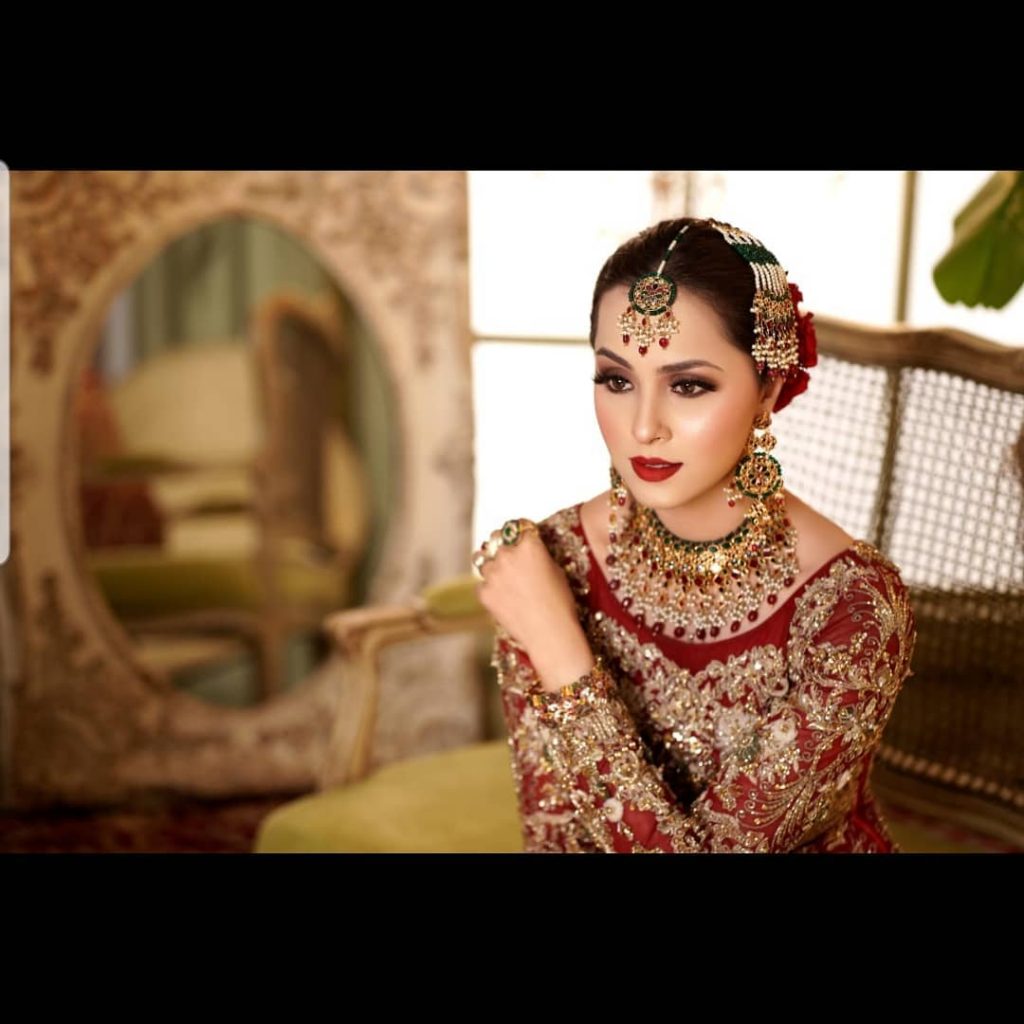