Nimra Khan appeared on ARY’s Morning Show Good Morning Pakistan for the first time after she encountered a terrible accident a month back. Nimra Khan even posted a video message for her fans when she was in the hospital which went to show how desperately she wanted to stay in touch with them.

Nimra is known in showbiz circles as a girl who is full of life. Even going through such a tragic incident Nimra is still in high spirits. Nimra Khan said in her interview that was overtired because of the burden of work that is why she fell asleep on the wheel while she was driving. Her foot was on the accelerator therefore the car hit an army van in full speed. Nimra fractured her right leg from three different points. Even though there were three fractures but the doctors could not operate on her leg immediately because there were a few clots in her brain which needed to be done away with first. It was after nine days when miraculously the blood clots vanished and the operation was done. 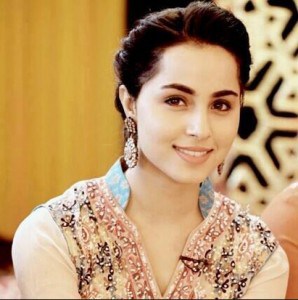 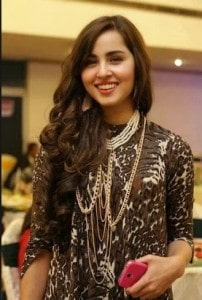 The blood loss that Nimra had due to the accident was excessive, her parents and Nimra is thankful that she has been given a new life. Due to the internal bleeding the doctors said that the parents should be prepared for anything at all because Nimra was critical.  Nimra said that she decided not work in media again because she had this accident because of the overload of her work but when she saw the love and concern of people from the media she decided to continue. 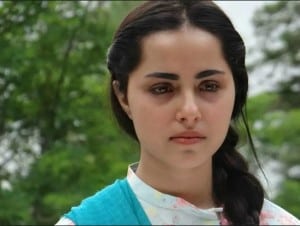 Here are the videos of the show: