Osman Khalid Butt is a well-known actor who has been seen in many popular dramas like Aik Naye Cinderella, Aunn Zara, Diyar-e-Dil and now he is the part of drama serial Sanam which is currently on air. Osman Khalid Butt has a massive fan following but a lot of people don’t know how he started his career. Osman Khalid Butt used to make parodies of drama serial Humsafar when it went on air where he and his friends made fun of all the clichés that were a part of the drama. These videos are Osman Khalid Butt’s claim to fame and earned him an attention from the people of the industry in a short span of time.

Let’s take a look at the videos that brought Osman Khalid Butt into the spotlight. However, the content of these videos has been rated PG therefore please don’t click on the video if you don’t want to listen to content that could offend you or someone who is watching these videos with you. Model Rubya Chaudhry and the actors Zainab Ahmed and Ahmed Ali have also made an appearance in some of these videos.

Osman Khalid Butt and his team of friends also criticized Maya Khan’s show in which she used to gate crash on dates in the park. He also gave video reviews of entertainment news and everything else around him which he wanted to talk about.

He is seen making fun of Meera’s English and cracking jokes about her tweets.

In another one of the videos he is seen making fun of many things that Pakistani common men say or do.

This one has tons of bad language besides other things so be warned! Here Osman Khalid Butt is criticizing those words which were banned to be used in the SMS by PTA back in 2011.

In this video Osman Khalid Butt and his friends are making fun of Pakistani Dramas by showing what Pakistani drama makers would have done to Hollywood movies if they had remade them and Veena Malik’s program Astaghfaar is also under discussion.

Hope you all had fun watching these videos as they show Osman Khalid Butt’s candid personality which is hardly seen in drama serials or TV interviews. Feel free to share your thoughts with us. 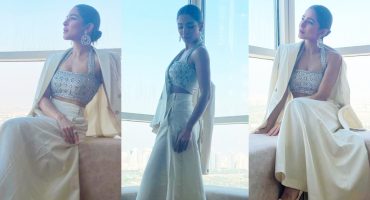