Zainab Shabbir is comparatively a new actress in the Pakistani drama industry, She has started her career with the drama “Sanwari” on Hum TV. She has also played supportive roles in “Piya Naam ka Diya”, “Malaal-e-yaar, and “Makafat”. She is a really promising actress and a really good addition to the drama Industry. 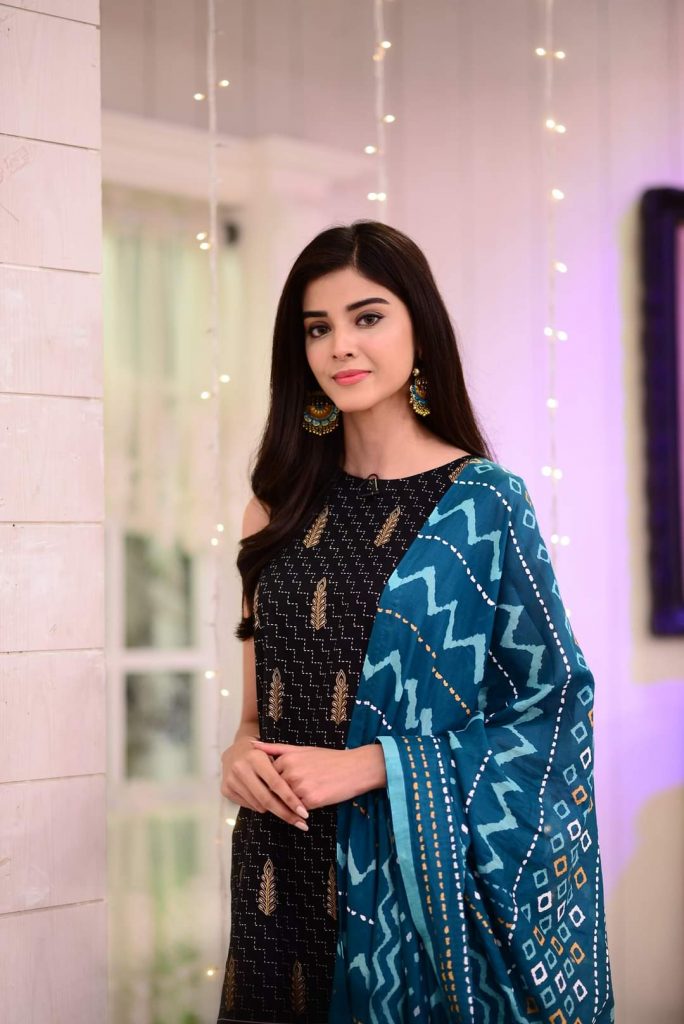 Usama Khan is best known for playing the role of Tabrez alongside Zainab Shabbir in soap “Sanwari” for which he received the Hum Award for Best Soap Actor. He further appeared in leading roles in Bezuban, Main Khwab Bunti Hon. Usama Khan has also been working in different ads and modeling campaigns. His other dramas include Bisaat-e-Dil, Ghalati, Tamanna, Haqeeqat, and the most recent one Mere dost mere yaar 2. 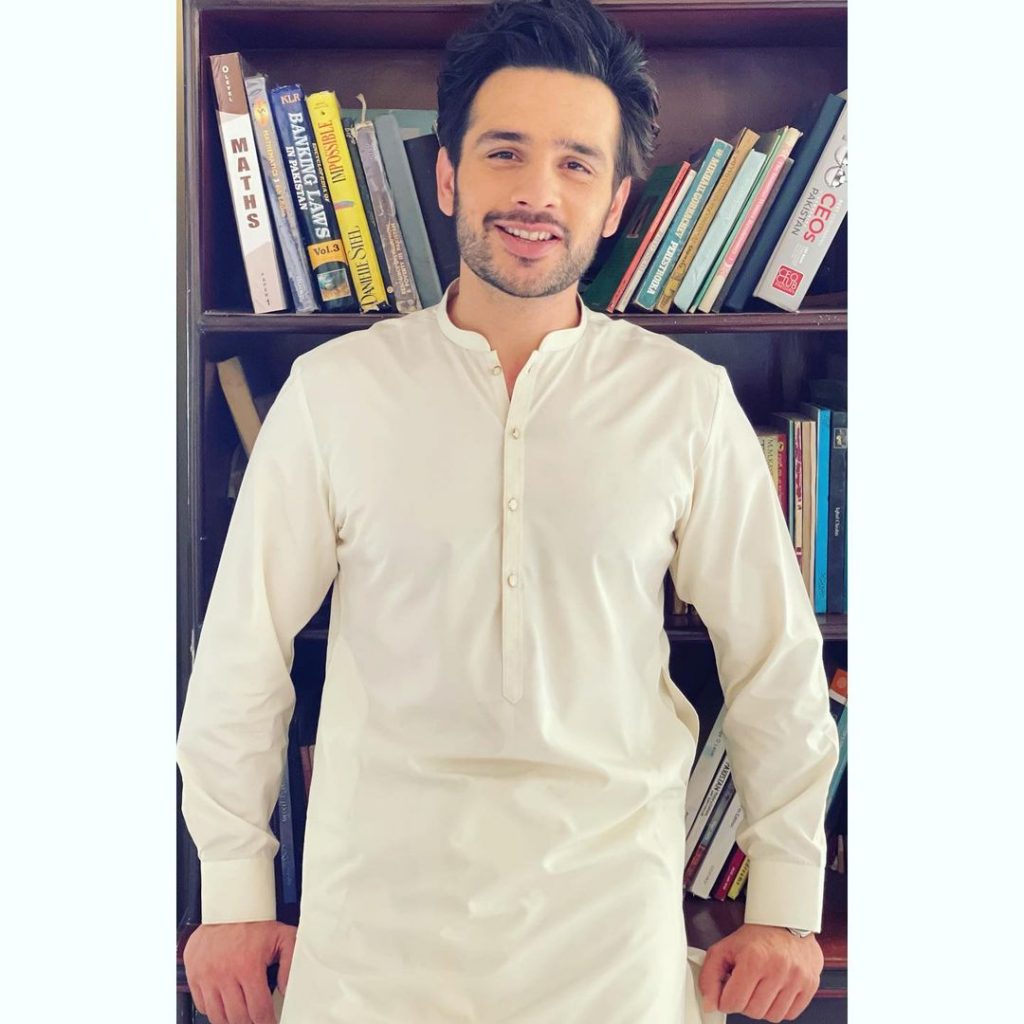 Zainab and Usama have worked together on many projects and have really good chemistry on screen as well as in real life. They will soon appear in the upcoming drama serial Meray Apnay on ARY Digital. Their wedding pictures from “Meray Apnay” went viral on Social Media that also sparked their engagement rumors. Let’s have a look at the BTS pictures. 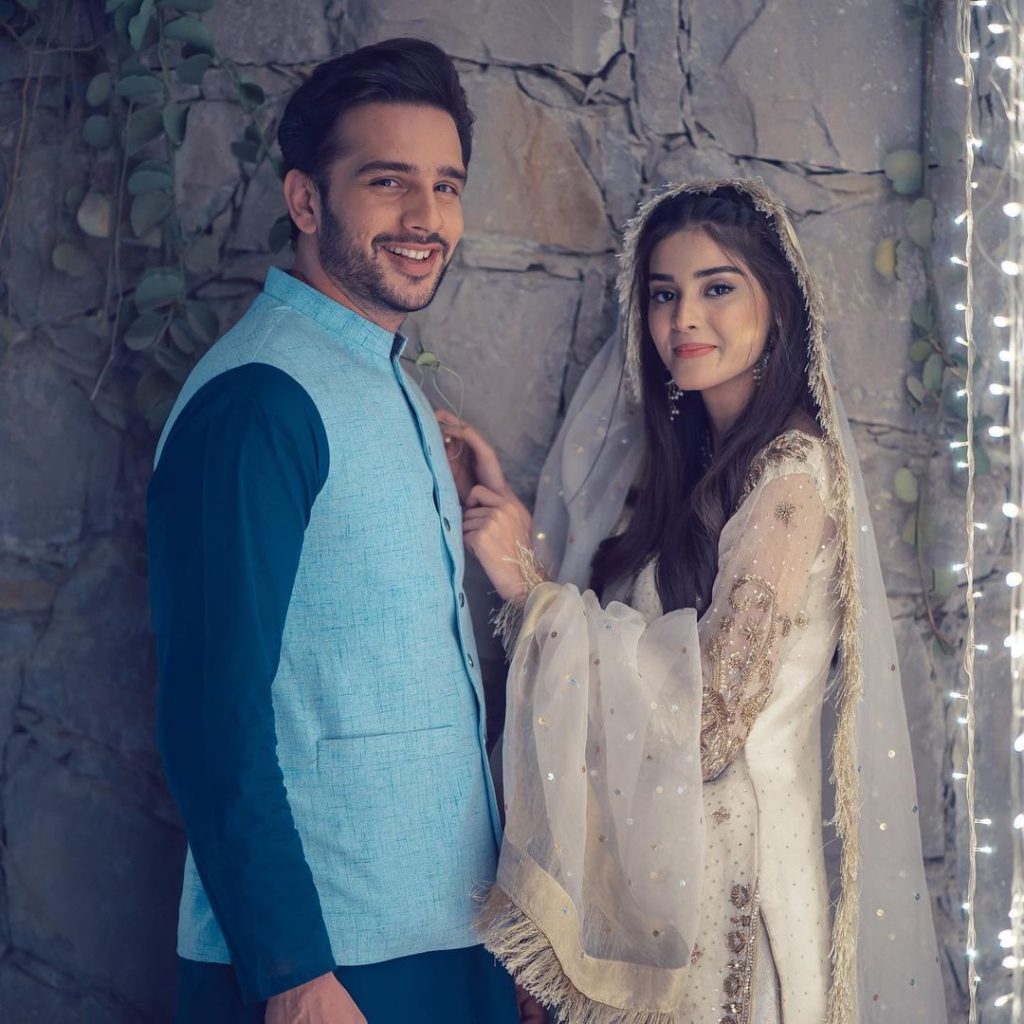 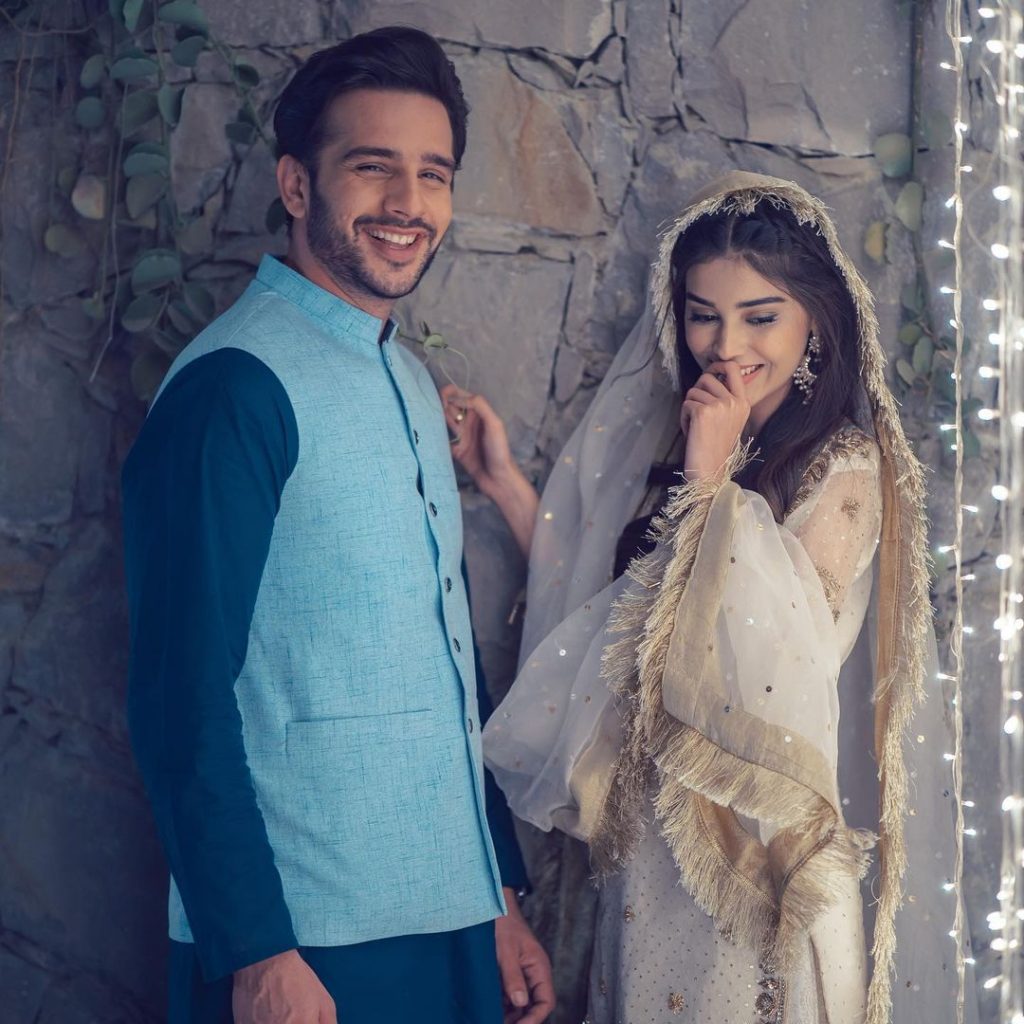 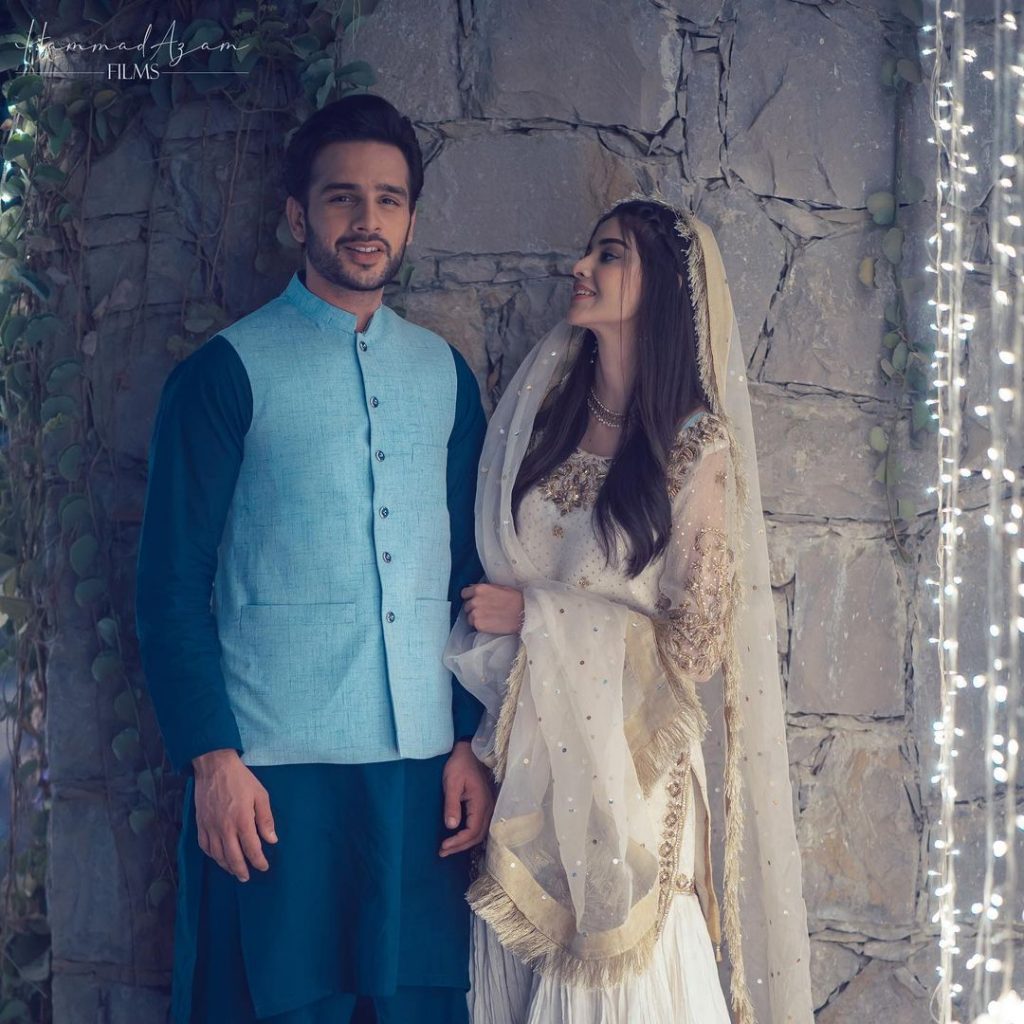 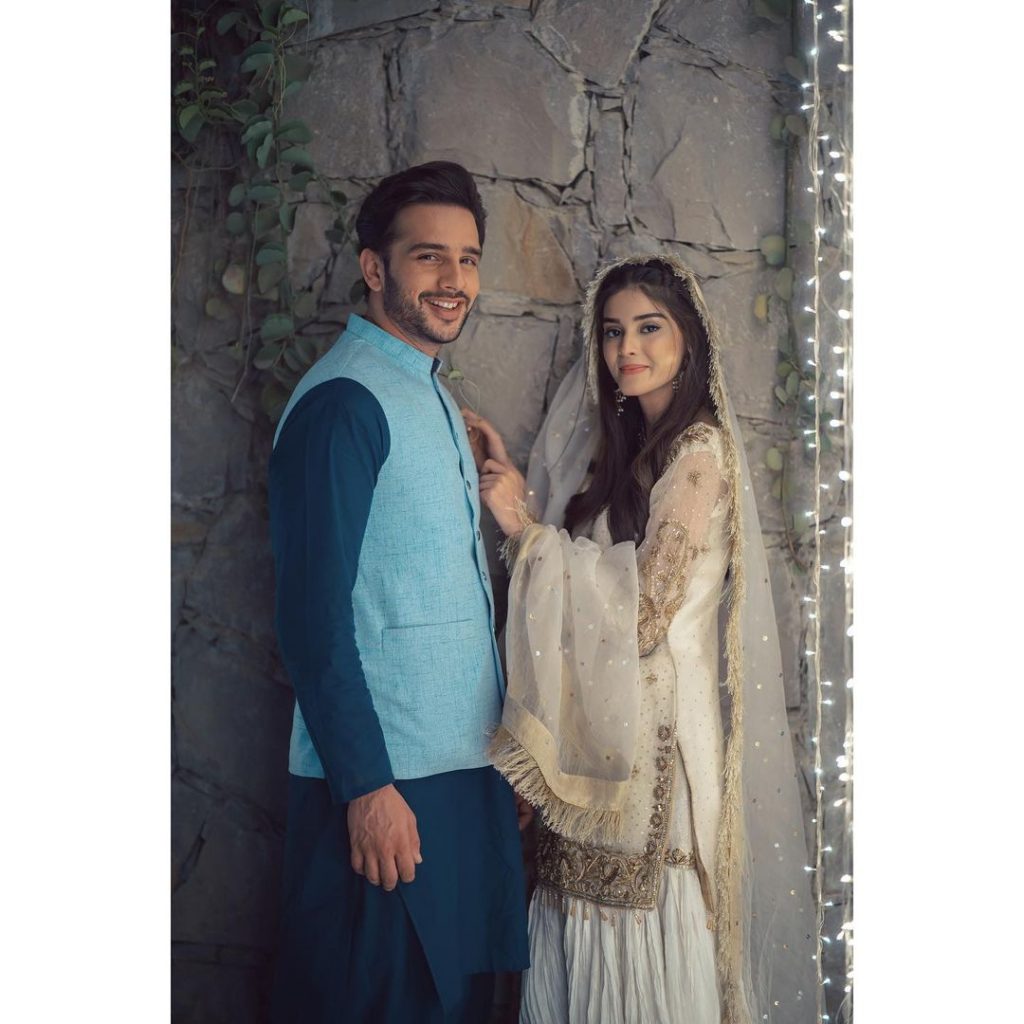 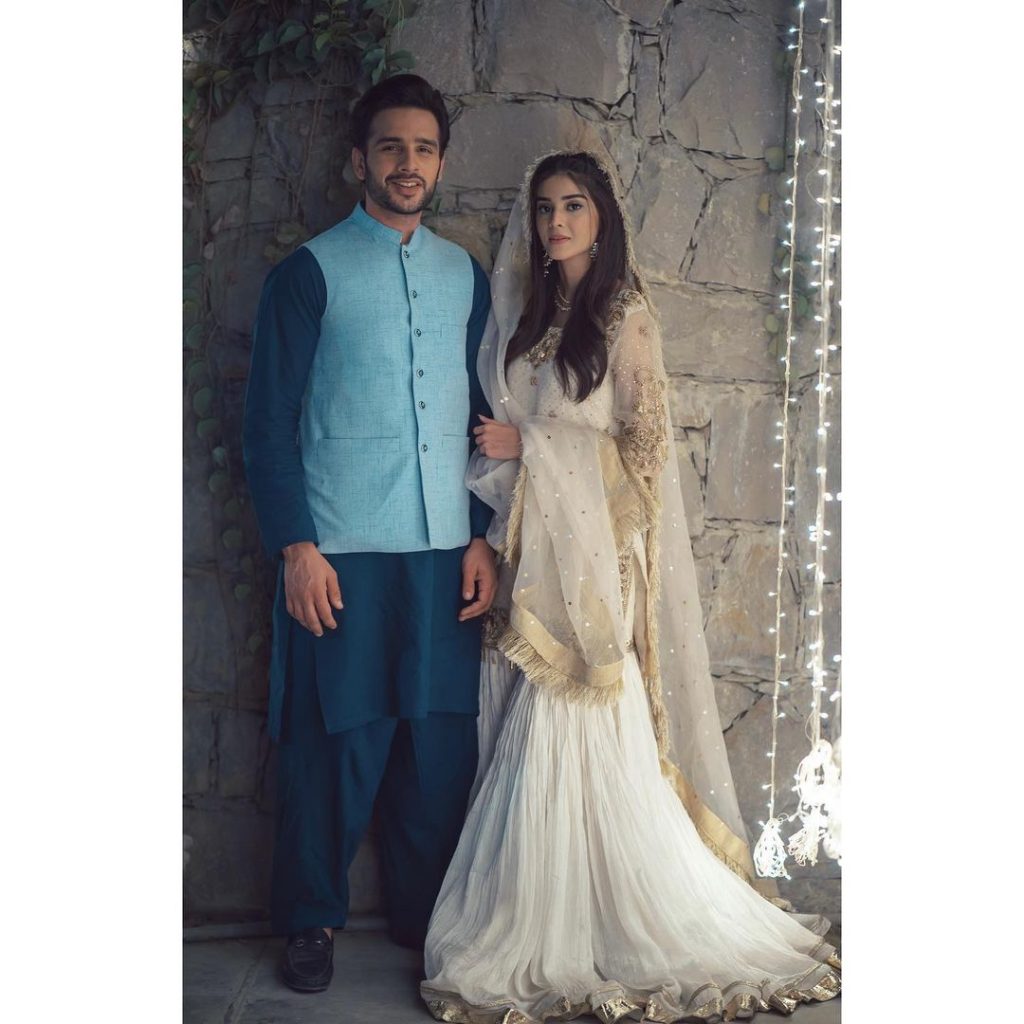 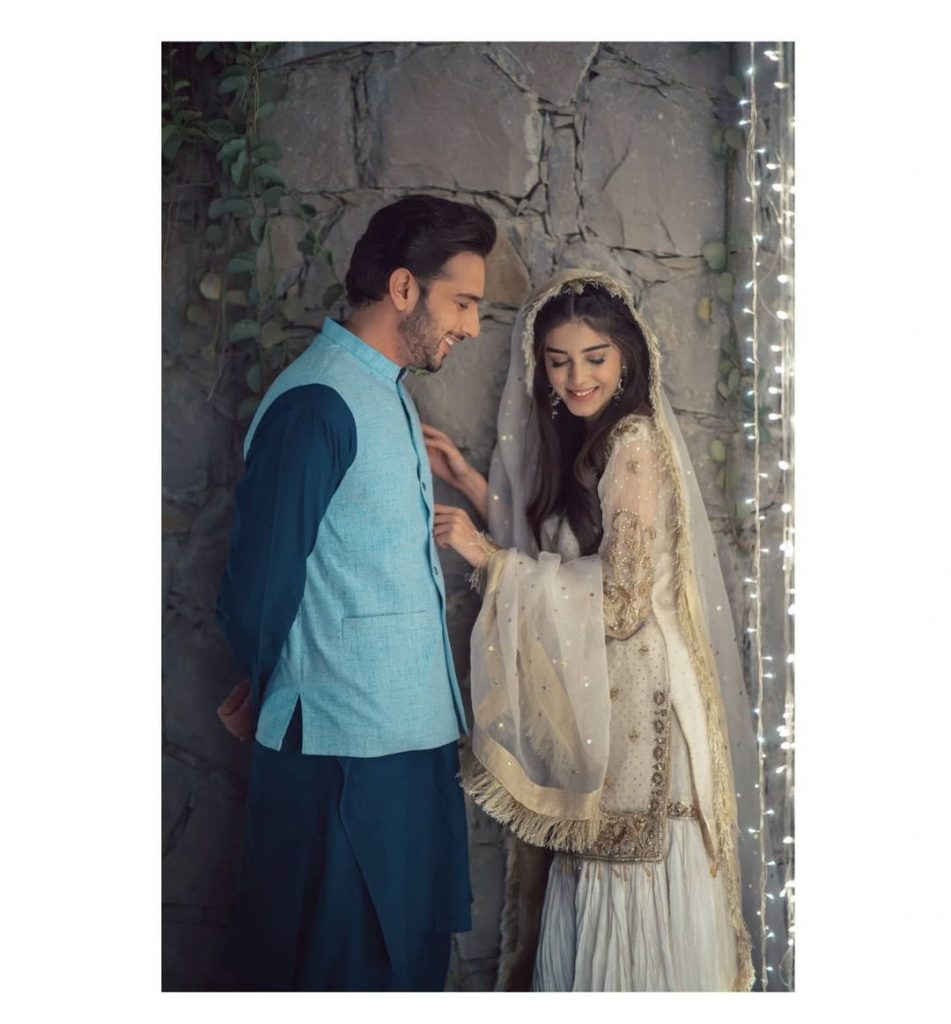 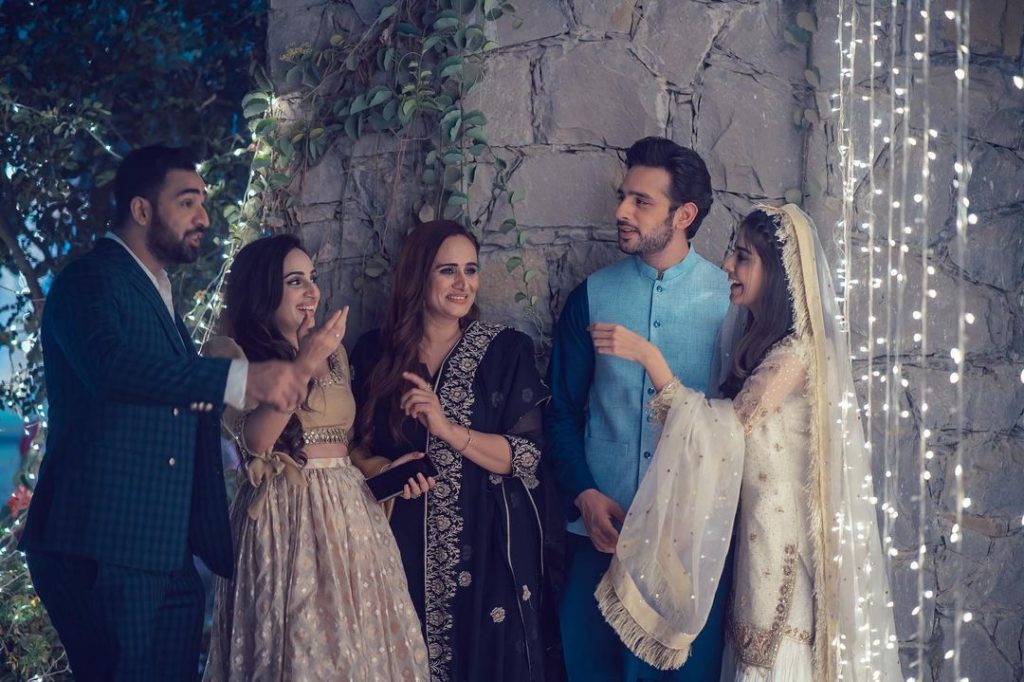 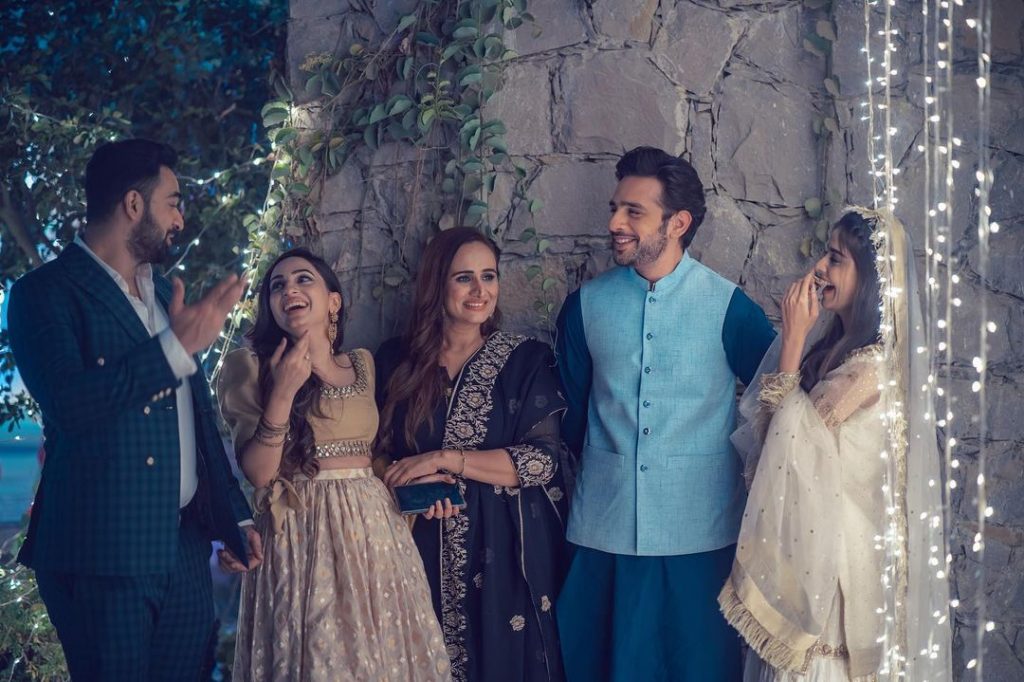 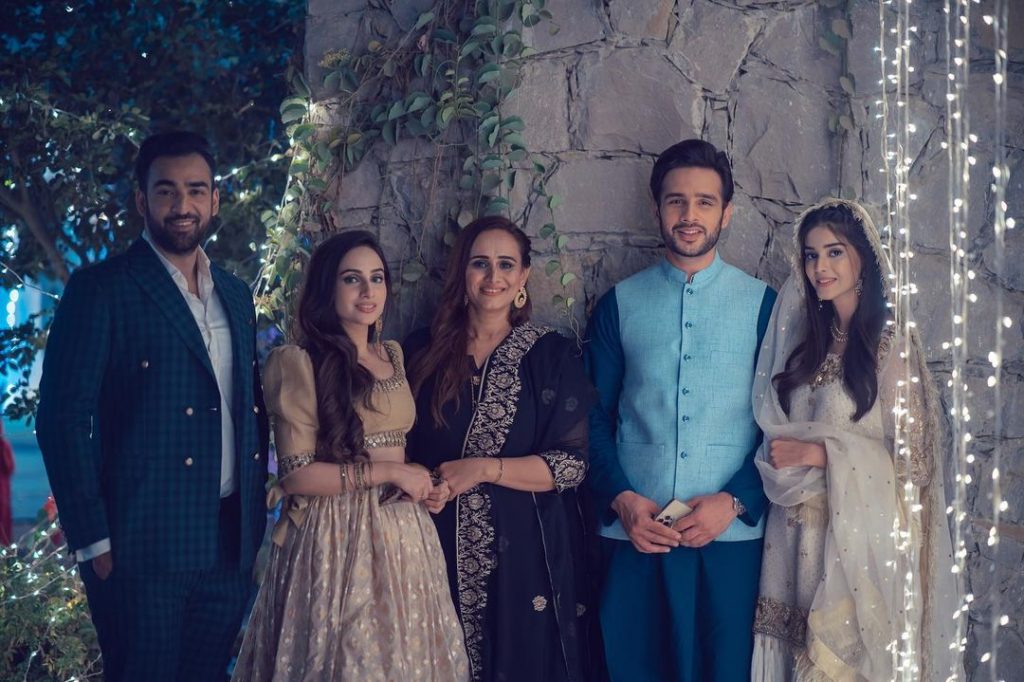 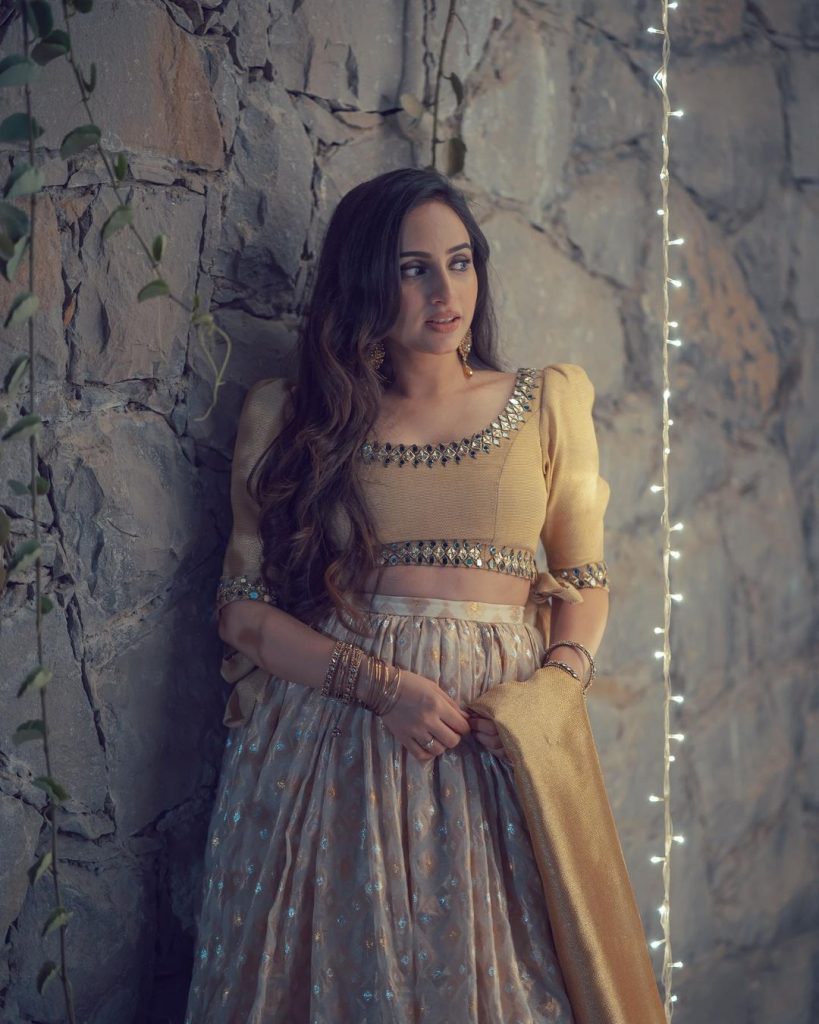 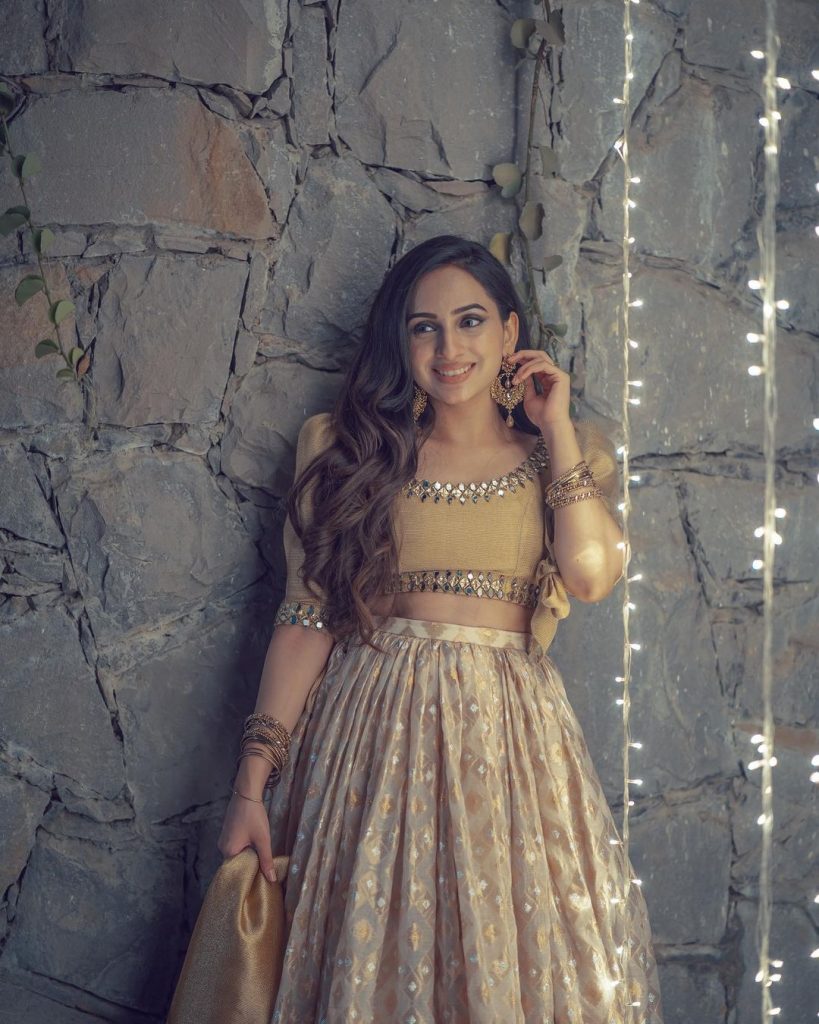 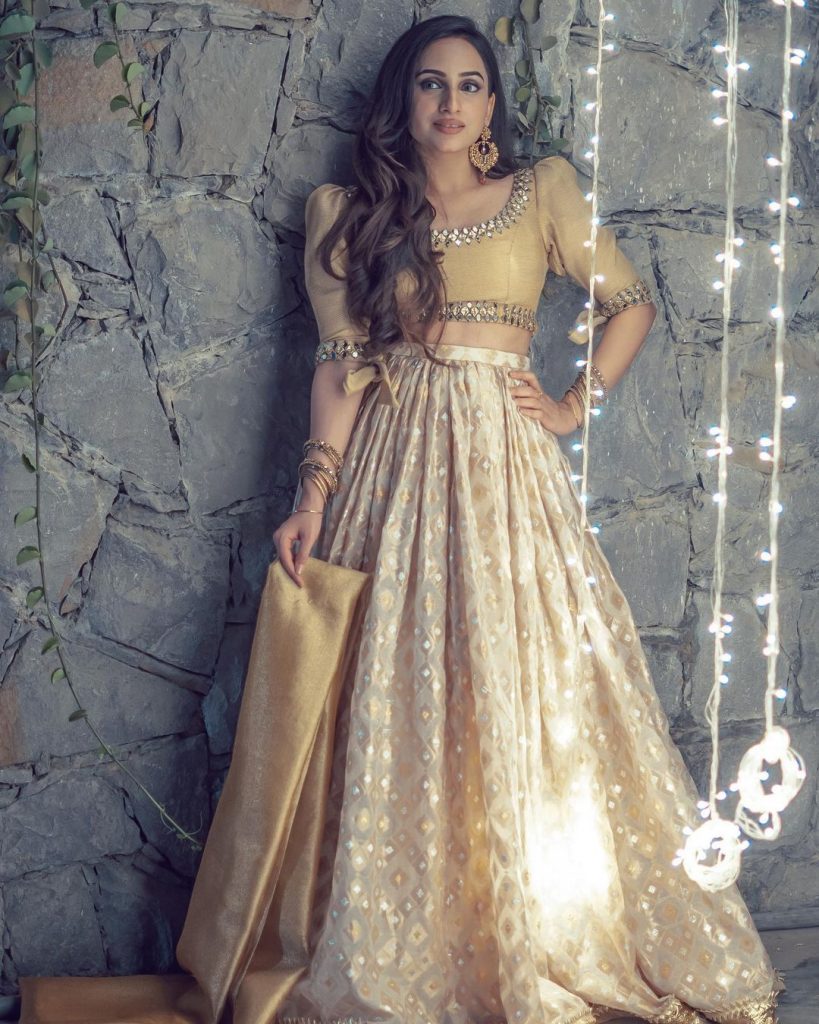